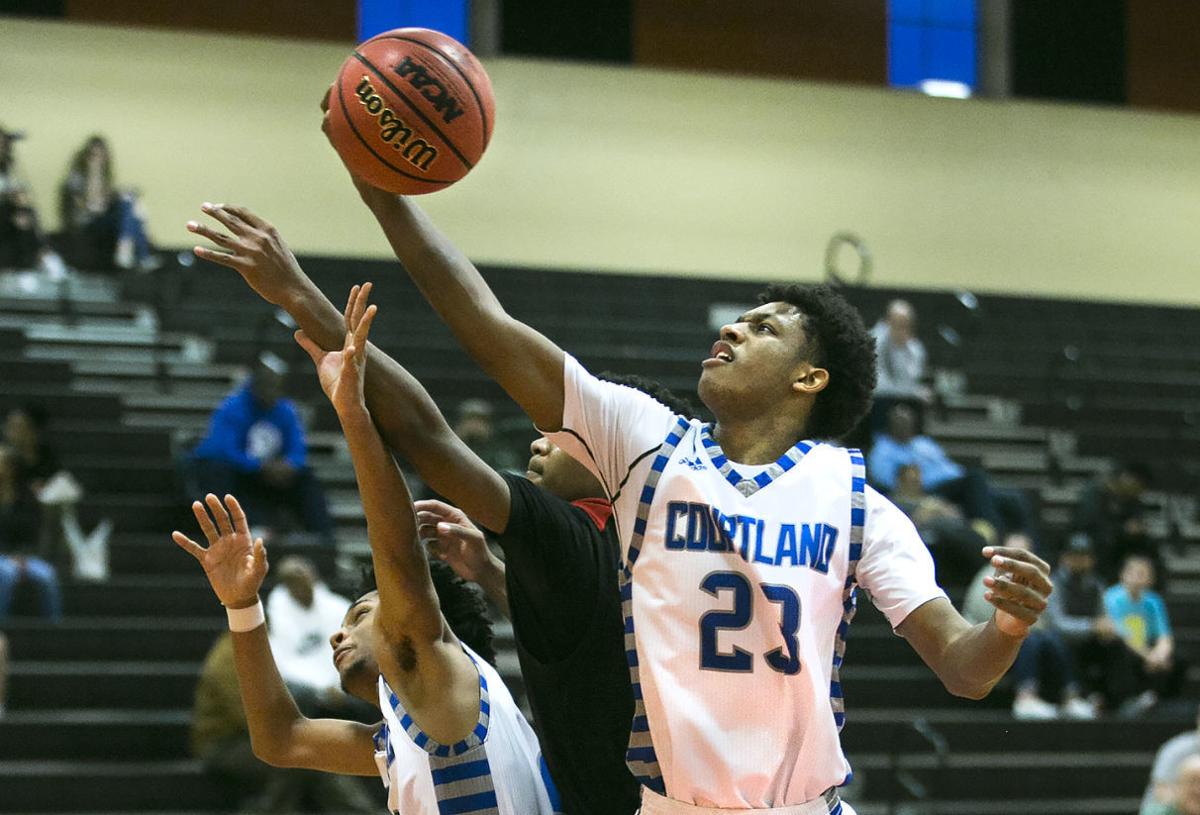 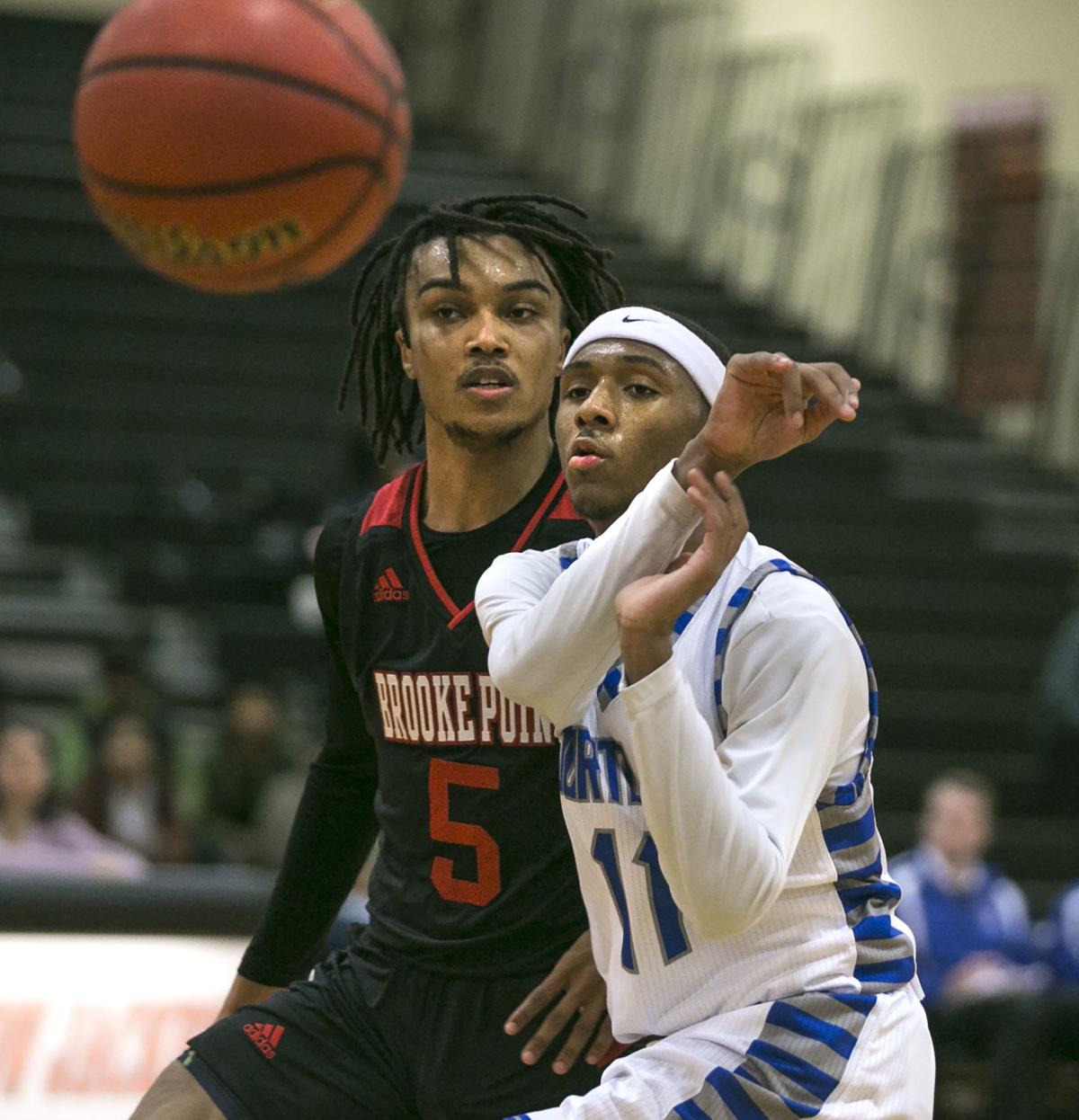 The Cougars’ Khai Seargeant (right) gets a pass away while being guarded by the Black–Hawks’ Gary Moran at the James Monroe Holiday Basketball Festival. 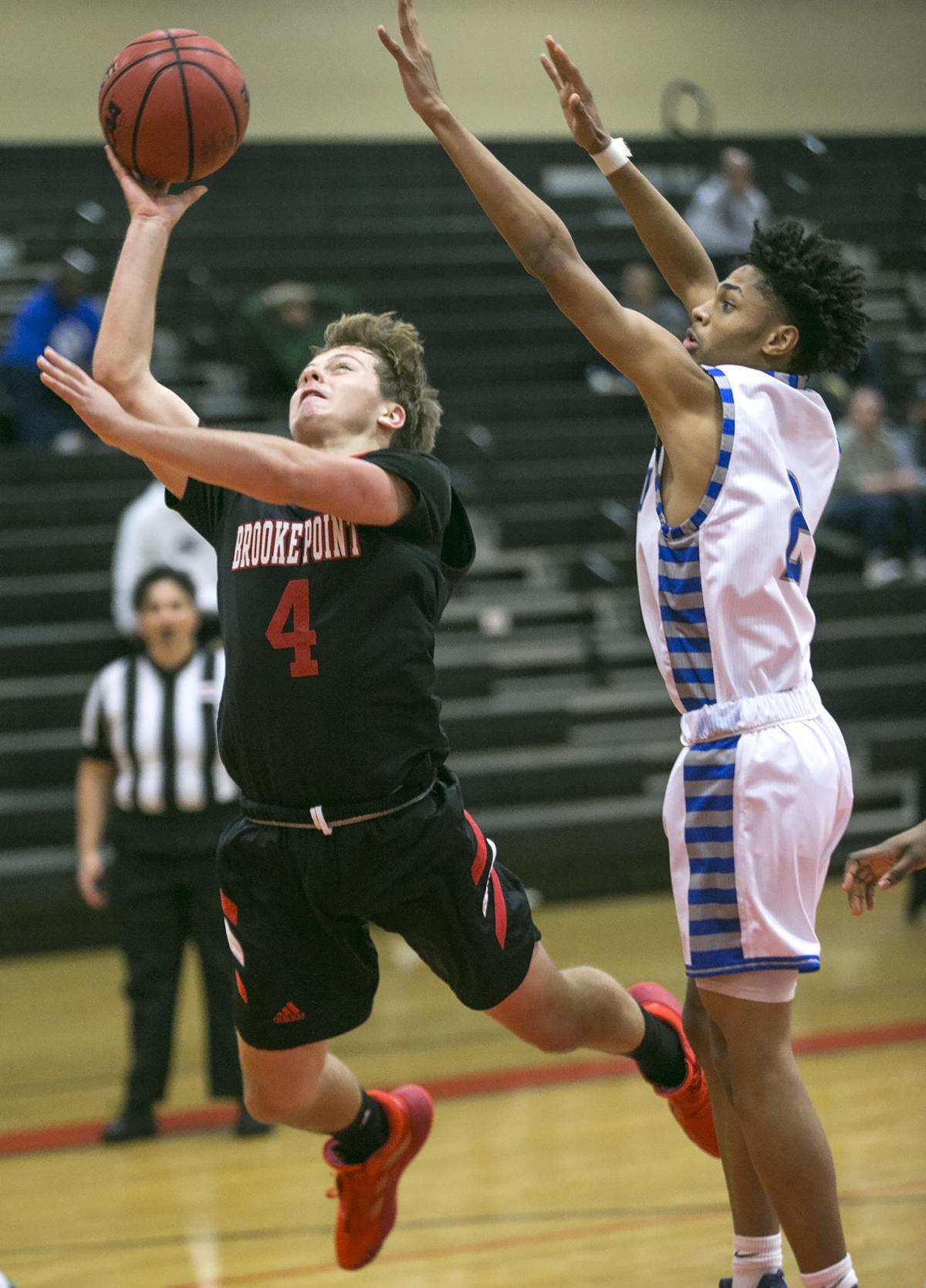 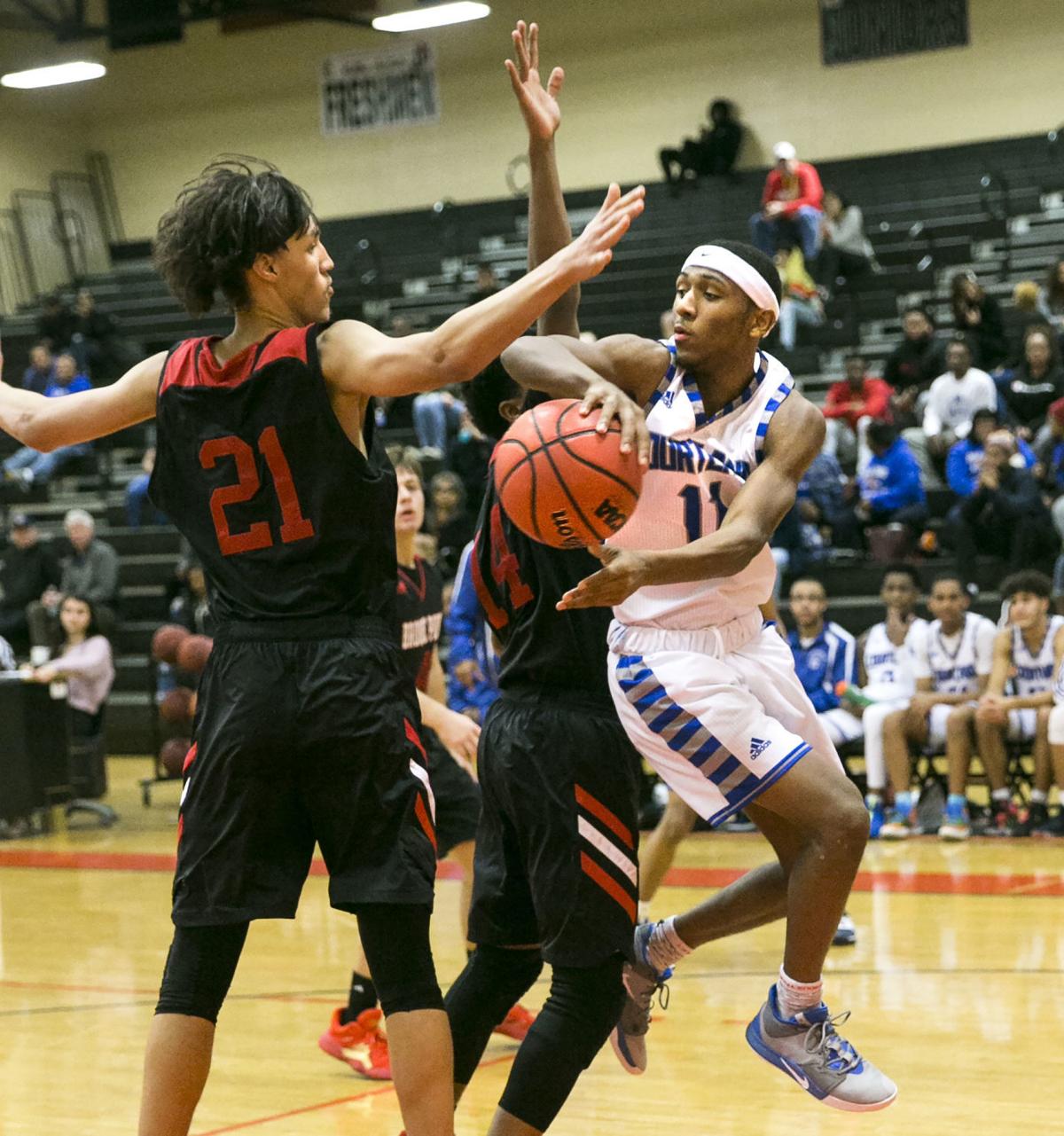 The Cougars’ Khai Seargeant (right) gets a pass away while being guarded by the Black–Hawks’ Gary Moran at the James Monroe Holiday Basketball Festival.

Coach Eric Davis of Courtland doesn’t fear dreams of holiday’s past demons like North Stafford’s Javon Swinton. Rather, he frets over the specter of his Cougars playing “soft defense.”

His anxiety proved unfounded, though, as the Cougars (8–1) relied on their swarming defense and a balanced scoring attack to subdue Brooke Point 62–44 in Saturday’s semifinal round of the third annual James Monroe Holiday Basketball Festival. Courtland drew five charging fouls (including three in the first quarter), blocked six shots and limited the Black–Hawks to a total of 15 field-goal attempts in the first half, forging a commanding 36–16 advantage.

“Coach Davis is a defensive-minded coach,” said Xavier Alston, who came off the bench to score 12 points as well as handing out three assists. “He wants us to be aggressive, get in the right position and take charges. We play [good] defense, no one’s topping us.”

Alston, along with starters Zane Fox and Corey John, are still smarting from a 61–54 loss to Swinton and the Wolverines in last year’s final, of which Swinton was most valuable player. Besides hoisting the championship trophy, a win Monday night over Riverbend would enable the Cougars to tie the 2014–15 squad with the fourth-best start in Courtland school history, trailing only the 2009–10 (25 wins), 2008–09 (14) and 2005–06 (10) teams, all of whom were coached by J.T. Nino.

“I thought defensively, we probably played our best game of the season,” Davis said. “I talked about energy at the beginning: How Brooke Point comes out and plays with a lot of energy. We played with that energy tonight and that was the key.”

James Monroe was striving to return to the finals which it won the first season, but Riverbend rallied for a 67–65 overtime victory in the other semifinal match. Courtland already has played the Bears twice this month and won both games.

Courtland held Brooke Point scoreless for nearly four minutes of the second quarter while going on a 13–0 run. Fox had the hot hand, hitting all four of his shots in the period, going 8 of 12 from the field to finish with 16 points as well as grabbing a game-high eight rebounds. Khai Seargeant also hit double figures with 12 points, while reserve Kristian Plummer had a pair of 3-pointers to finish with eight points. Both Brandon Hilliard and John had two blocked shots.

“It means a lot,” Fox said of returning to the championship game. “I just want to win it. [The defense] is getting better every game and everybody can score. We’ll all good.”

Both Fox and Alston acknowledged the Black–Hawks for their hard work and hustle, based on what they saw playing fall league basketball.

Brooke Point’s immediate fortunes took a hit when standout player Xavier Purnell suffered a gash over his eye in the Black–Hawks’ opening-round victory over Colgan and will be sidelined for the rest of the tournament. Both Matt Harris and Gary Moran scored 10 points, while teammate Michael Hammond had eight points and six rebounds.