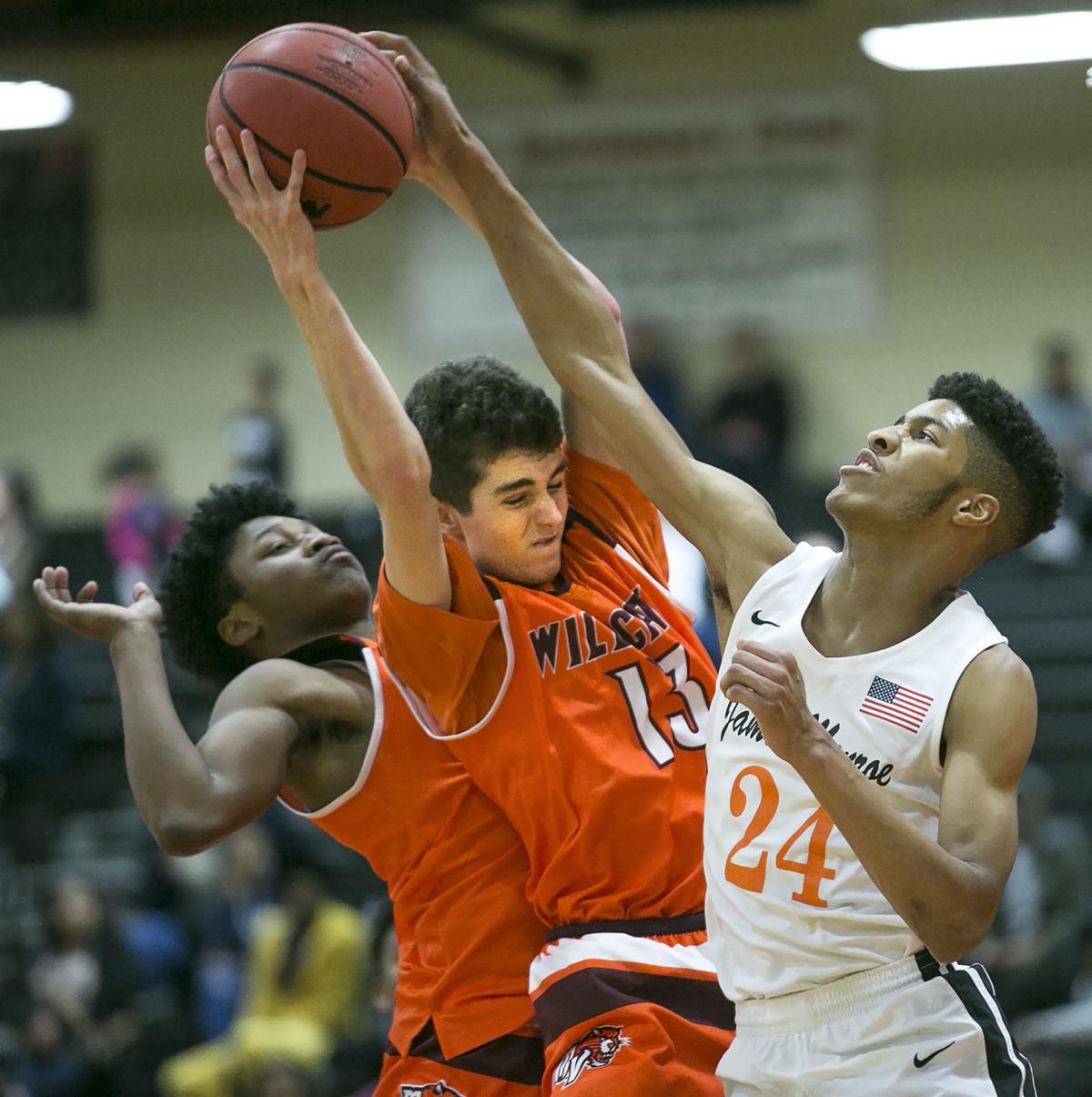 The Wildcats’ Brayden Hanny (center) snags a rebound over the Jackets’ DaQuane Brown. 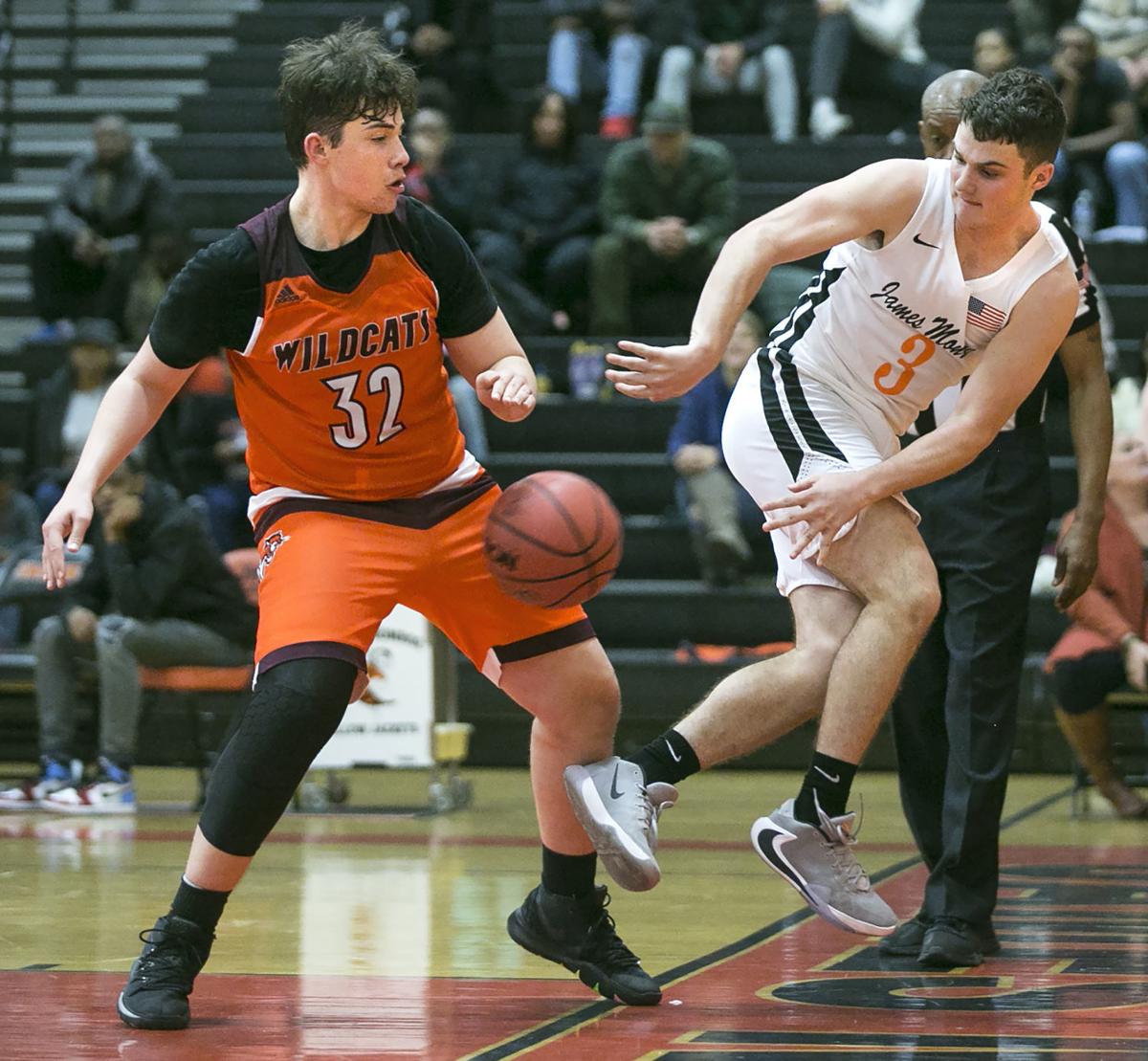 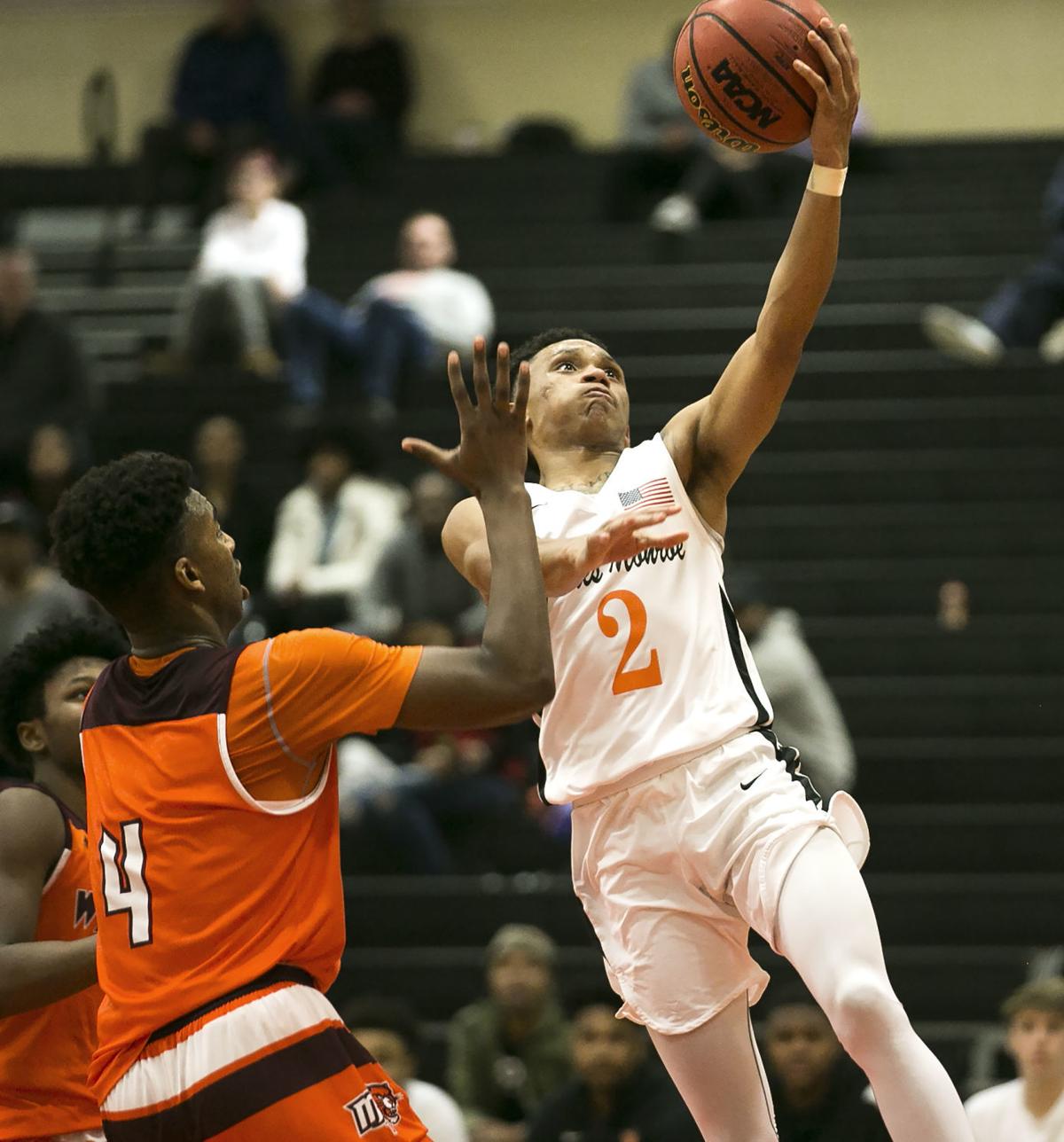 The Yellow Jackets’ Ricky Goode–Wright puts up a layup ahead of the Wildcats’ Andrew Pitts during Friday’s James Monroe Holiday Basketball Festival. 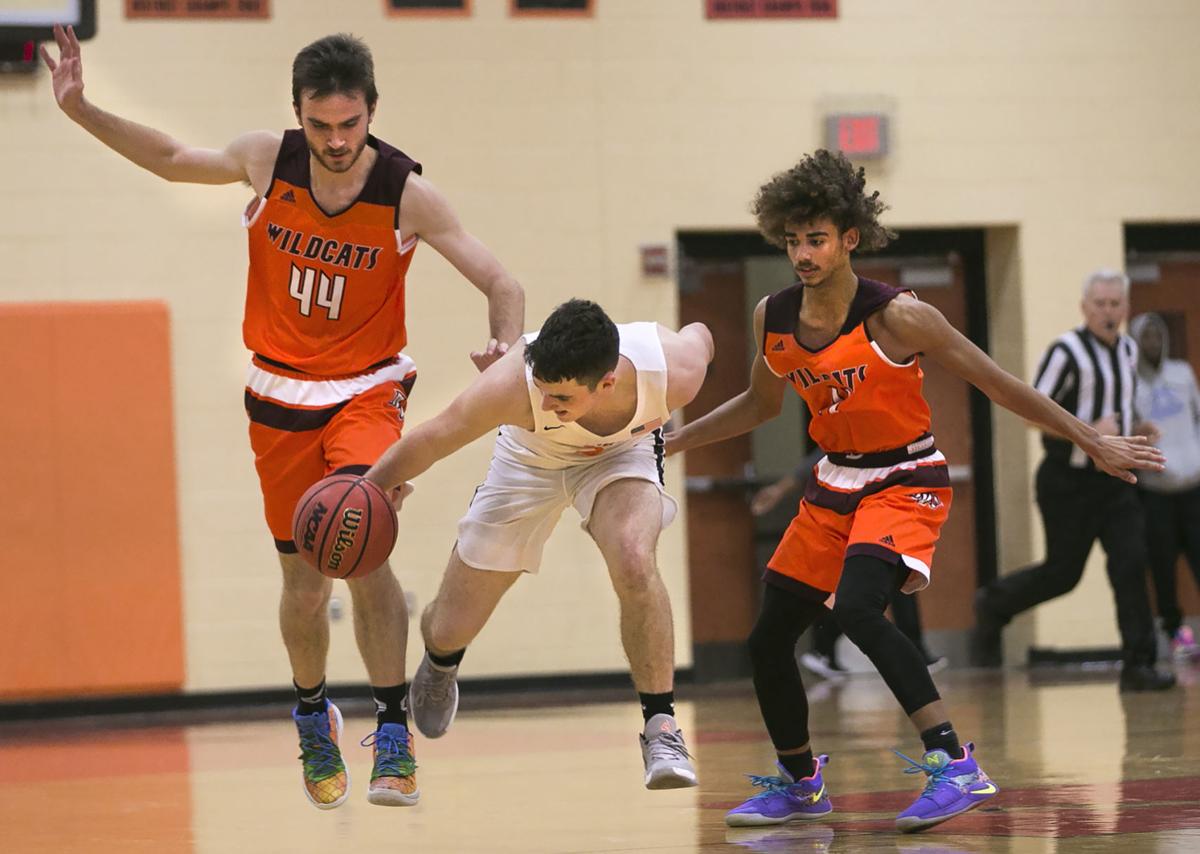 The Yellow Jackets’ Tyler Whitman (center) manages to get control of a loose ball ahead of the Wildcats’ Slater Sparks (44) and Farius Crouch during Friday night’s game at James Monroe.

The Wildcats’ Brayden Hanny (center) snags a rebound over the Jackets’ DaQuane Brown.

The Yellow Jackets’ Ricky Goode–Wright puts up a layup ahead of the Wildcats’ Andrew Pitts during Friday’s James Monroe Holiday Basketball Festival.

The Yellow Jackets’ Tyler Whitman (center) manages to get control of a loose ball ahead of the Wildcats’ Slater Sparks (44) and Farius Crouch during Friday night’s game at James Monroe.

It took only five games, but the James Monroe boys basketball team appears to be in mid-season form.

The Yellow Jackets overcame Mountain View’s full-court pressure defense and a barrage of Wildcat 3-pointers for an opening-round 78–73 victory at the third annual James Monroe Holiday Basketball Festival on Friday night. In Saturday’s semifinal round, the Jackets will oppose Riverbend, a 65–45 winner over King George, at 7 p.m.

The contest included eight lead changes, the final occurring in the closing minute of the third quarter when the Jackets forged a 64–60 advantage. The Wildcats were within six points when JM took a time out with 3:40 remaining in the fourth quarter and the Jackets responded with an 8–2 run to take charge.

“We were expecting it,” JM coach Carlos Evans said when asked about Mountain View’s 14 3-pointers. Mountain View senior Andrew Pitts led the outside shooters with seven 3-pointers, to finish with a game-high 25 points to go along five assists and a blocked shot. Teammate Branden Jory had four treys and finished with 16 points.

For JM, Ricky Goode–Wright and Jack Hardy tied for high-scorer honors with 22 points apiece, while teammate Aaron Carter chipped in with 20 points.

While Mountain View’s offense was predicated on long-range shooting and transition fastbreaks off turnovers, JM exhibited a probing attack that was willing to take shots either inside or outside.

Jack Hardy, a star linebacker for the football team, indicated he had his “basketball legs” and showed a willingness to play physical inside game when the need arose. The senior had a team-high 11 rebounds, six assists and three blocked shots. His younger brother Joe Hardy also made his presence felt with his hustle as well as contributing six points, four steals and four assists.

Both Goode–Wright and Carter had a trio of 3-pointers and the backcourt duo combined for eight assists. Goode–Wright also was able to crack Mountain View’s pressure defense after the Jackets committed 14 turnovers in the first half.

The Wildcats, who face King George at 3 p.m. Saturday afternoon in a consolation game, were undone partially by their free throws and foul woes. Mountain View misfired on its first six free-throw attempts, then saw starters Darius Crouch and Alex Davis assessed their fourth fouls in the final minute of the third quarter. Both players as well as another Wildcat would eventually foul out in the fourth quarter.

The tournament wraps on Monday with four games.