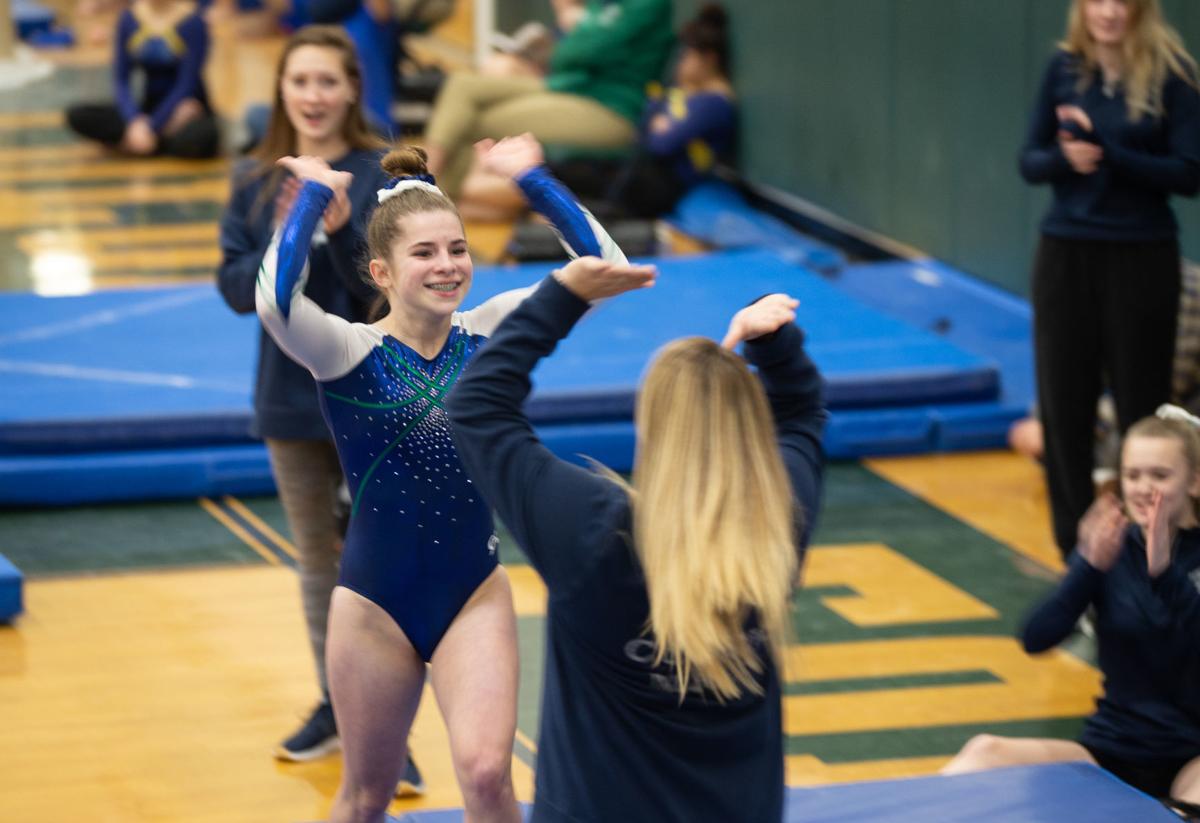 Colonial Forge’s Graceemae Murray celebrates her effort in the vault at the Region 6B meet. She finished second behind teammate Breana Spain. 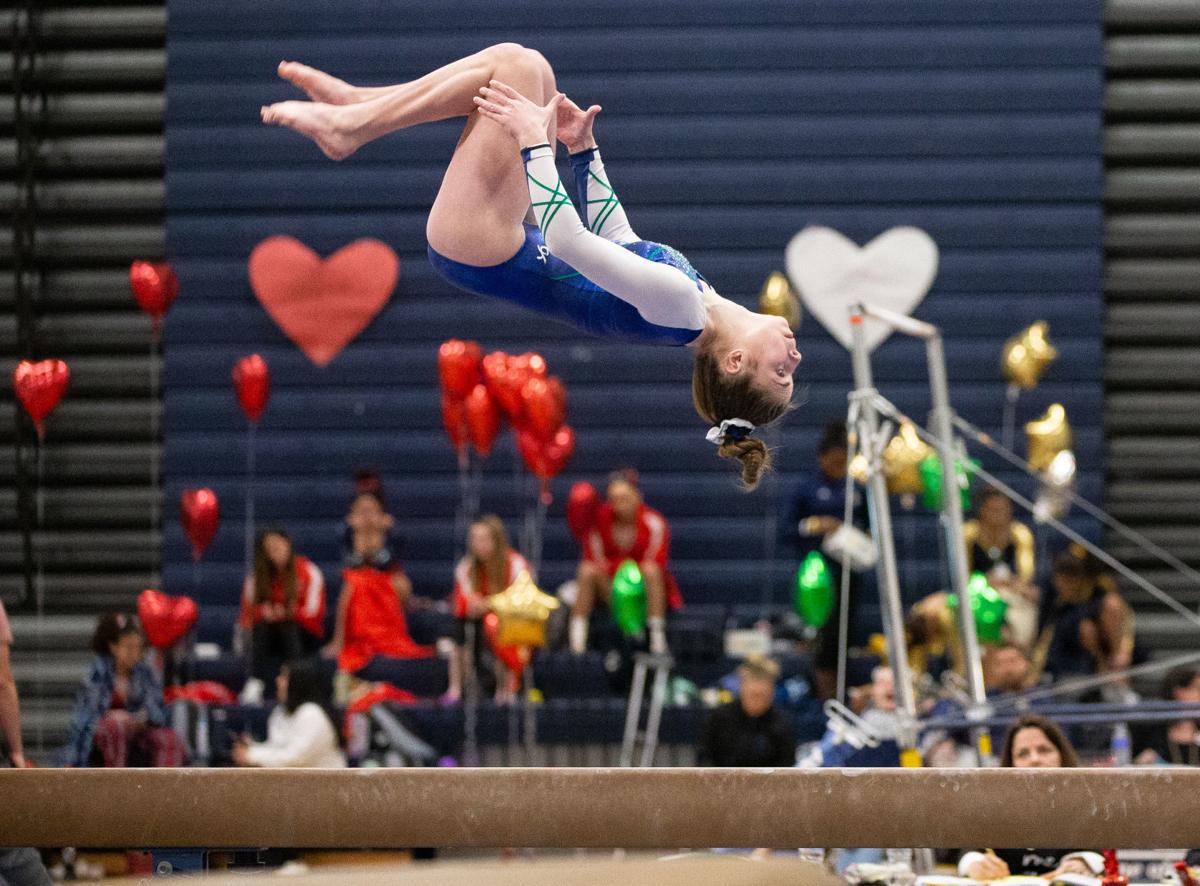 Colonial Forge’s Graceemae Murray competes on the balance beam during the Region 6B meet at her home gym Monday evening. Murray finished second in the event and first in all-around. 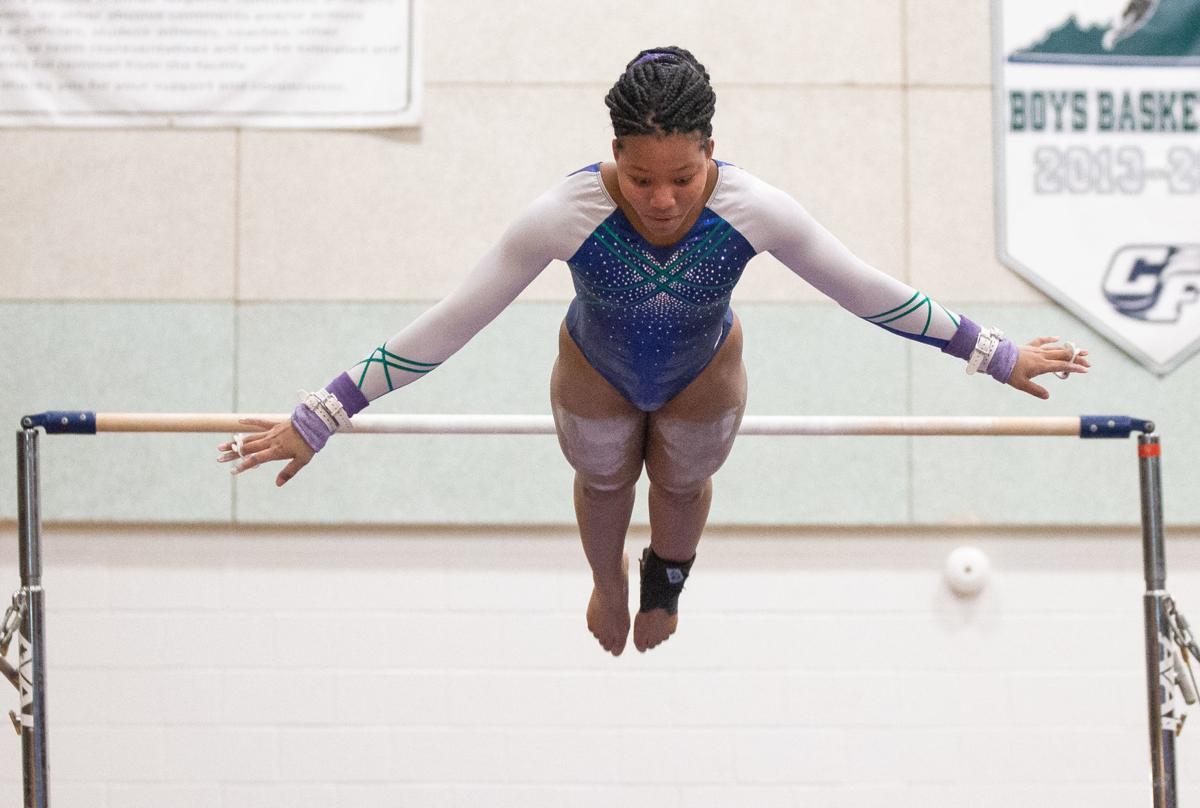 Colonial Forge’s Breana Spain dismounts from the bars during the Region 6B championships. She was second in all-around. 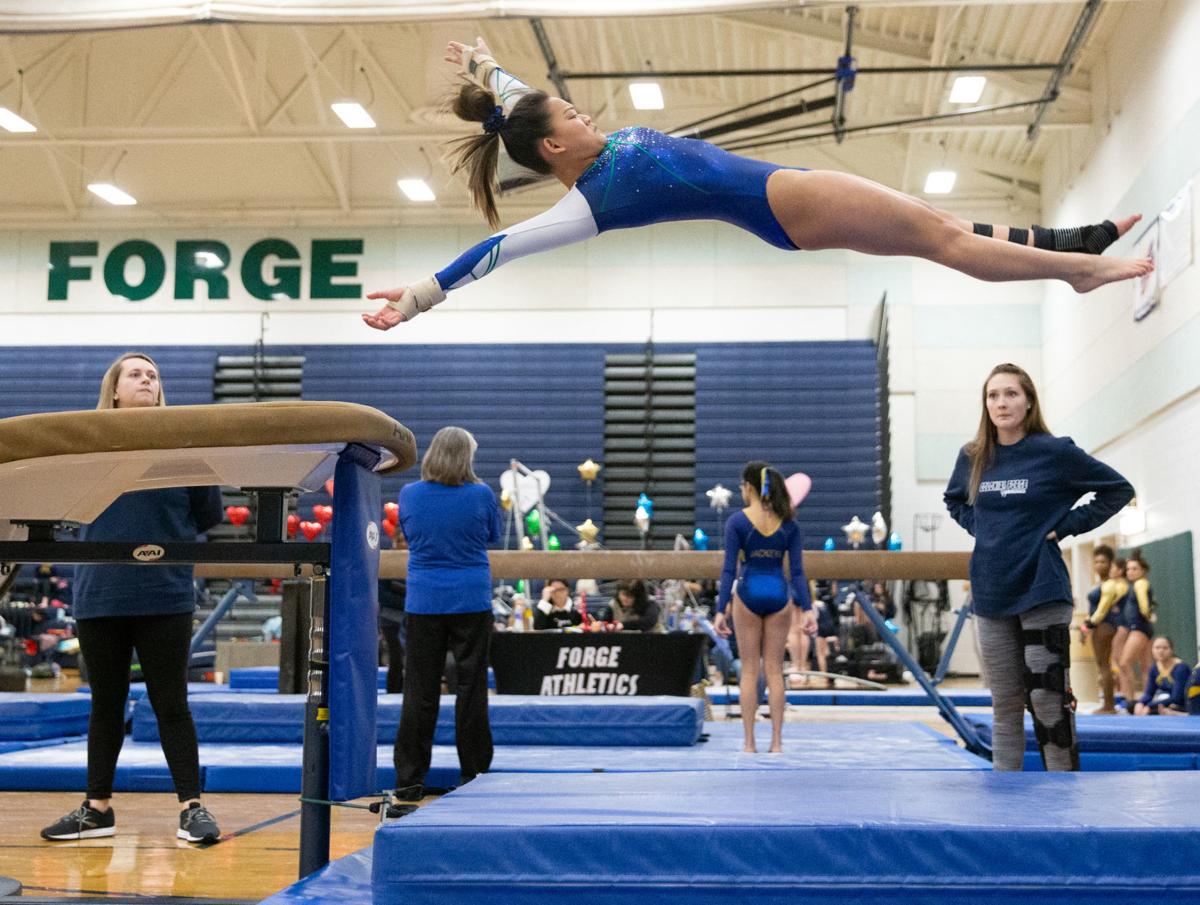 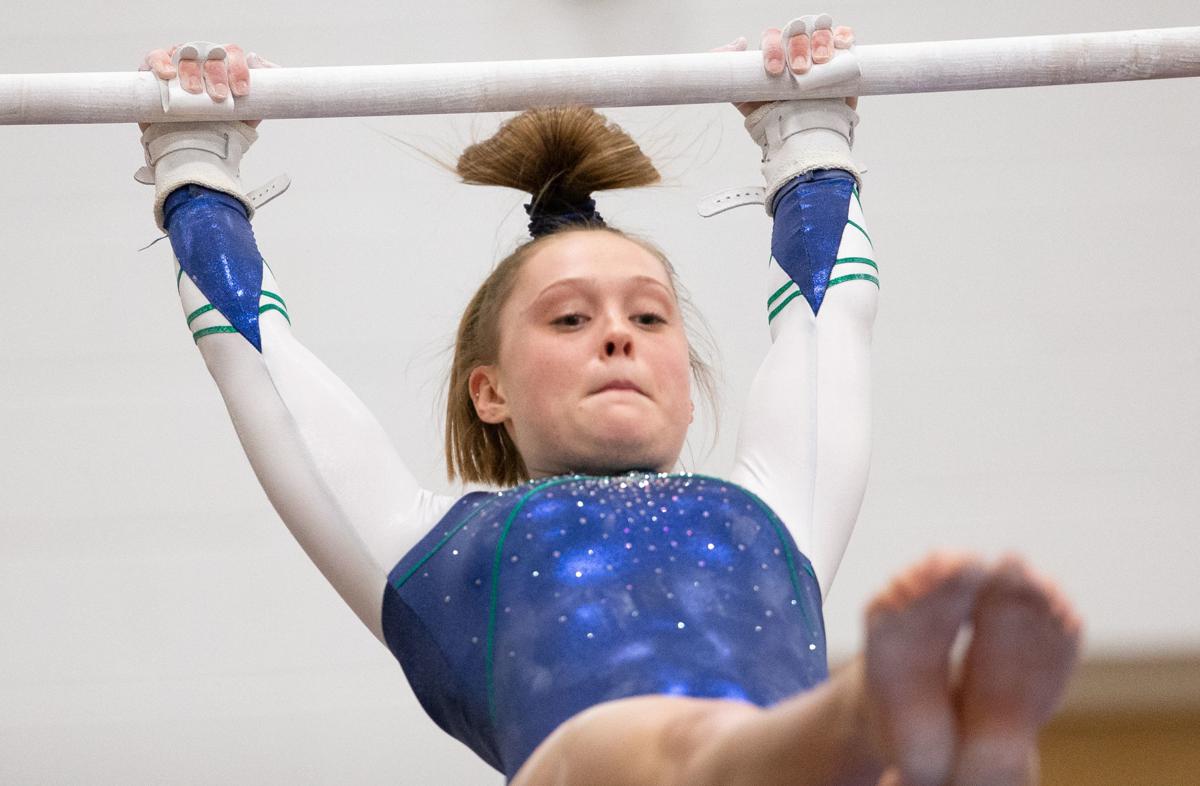 Colonial Forge’s Graceemae Murray celebrates her effort in the vault at the Region 6B meet. She finished second behind teammate Breana Spain.

Colonial Forge’s Graceemae Murray competes on the balance beam during the Region 6B meet at her home gym Monday evening. Murray finished second in the event and first in all-around.

Colonial Forge’s Breana Spain dismounts from the bars during the Region 6B championships. She was second in all-around.

It was the Eagles’ first such crown in four seasons and clinched a berth in the team competition at the state championships being hosted by Patriot High School in Nokesville on Feb. Feb. 21-22.

“I hit four-for-four, which was my main goal,” said all-around champion Graceemae Murray of her high finishes in all four events. “I’m really proud of myself pushing through the whole meet.”

The talented freshman registered second-place finishes on vault and beam, a third on bars and a fourth on floor. She qualified for all for individual events as well as all-around honors at states.

“We had a rough day on beam, but we finished strong,” Murray added. “We pulled together as a team, did the best we could and it showed.”

With strong performances from two veterans of the team, Breana Spain and Sophie Sterling, the Eagles outdistanced the seven-school field with 141.6 points. Battlefield of Haymarket, which finished third in last year’s state meet, edged Patriot for second place.

Spain’s lone fall on balance beam cost her the all-around title, but the junior was in good spirits nevertheless, winning both vault and floor.

“I wish I had stayed on the beam, but I was pretty proud of everything else,” said Spain, who was the Eagles’ lone state qualifier last season. “We were really nervous, because there are good teams here for sure. We were praying and everything, trying to do our best. We tried not to over-think it, not let it get to us.

Sporting a huge bruise on her left leg suffered at last week’s district title meet, Sterling turned in a solid all-around effort, finishing second behind Spain on floor and adding a fourth on bars. She was edged out by Forest Park’s Madison Clegg for third place in all-around.

“Actually, it’s gotten a lot better since I hit it,” the sophomore explained. “It hurts a little bit still, but it’s much better. . . . We had to fight for this. No matter what happened, we had to give it our all. . . . We were looking at Patriot and Battlefield. We were kind of nervous: they are pretty solid.”

“I was happy with the attitudes and the drive to do their best no matter what,” said second-year coach Maci Winebarger. “I was very happy with how today went. I was so happy with vault [the Eagles’ first event]. . . We had to count two falls on beam, which isn’t great, but the girls who fell definitely rallied back and did their best routine after the fall. So I’m proud they pushed through and gave their best effort.”

“This is the big meet that we practice for all season,” Murray revealed in conclusion. “This was the one that really counts and we wanted to do well at this meet.”

Team competition at the state meet is set to begin next Friday at 4:30 with Saturday’s individual competition begins at noon. Tickets cost $10.