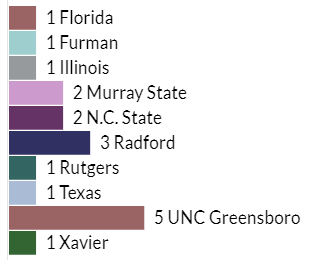 Well, we wanted to still have some fun this March despite the cancellation of this year's March Madness tournament. So, we went ahead and created our own for you, the fans, to vote on.

Here's how it all worked out.

The automatic bids went to the regular-season conference champions because not all the conference tournaments got completed. In instances where there were co-champions, the school with the higher RPI (as of March 12) earn their conference's automatic bid.

That gave us 32 schools off the bat. The remaining schools were then picked based on based on the next 36 schools in the RPI rankings that hadn't already earned spots automatically.

But! We wanted to change things up a little bit with the "Play-in" games. Instead of just having four games between the final eight ranked schools from the ones we picked based on the criteria above, we wanted you to vote for who the final four schools that got in would be.

To build this pool of schools, we took the bottom eight at-large teams, the five conference co-champions that didn't get automatic bids and then a few other teams we felt might be worth to. The only requirement in that last group being that they had to be in the RPI top 100.

That gave us a pool of 21 schools for you to vote on in our "Play-in" round of voting to get into the final 64 school brackets. These four schools will earn the No. 16-seed in each region. Seeding for these four will be done based on RPI and then entered into the final bracket for the First Round to commence.

From there, it's like the bracket you see every year. You will vote on each match-up with the school receiving the most votes, advancing to the next round.

Below is a list of the 21 "Play-in" schools and some information that may help you vote (sorted in alphabetical order).

Voting will conclude on Monday, March 23.

The top 60 schools of those we have chosen were seeded based on their RPI rating before being placed into the brackets. Voting for bracket will begin next week.

Here you can see the brackets for each region, along with which region match up once we reach the Final Four. 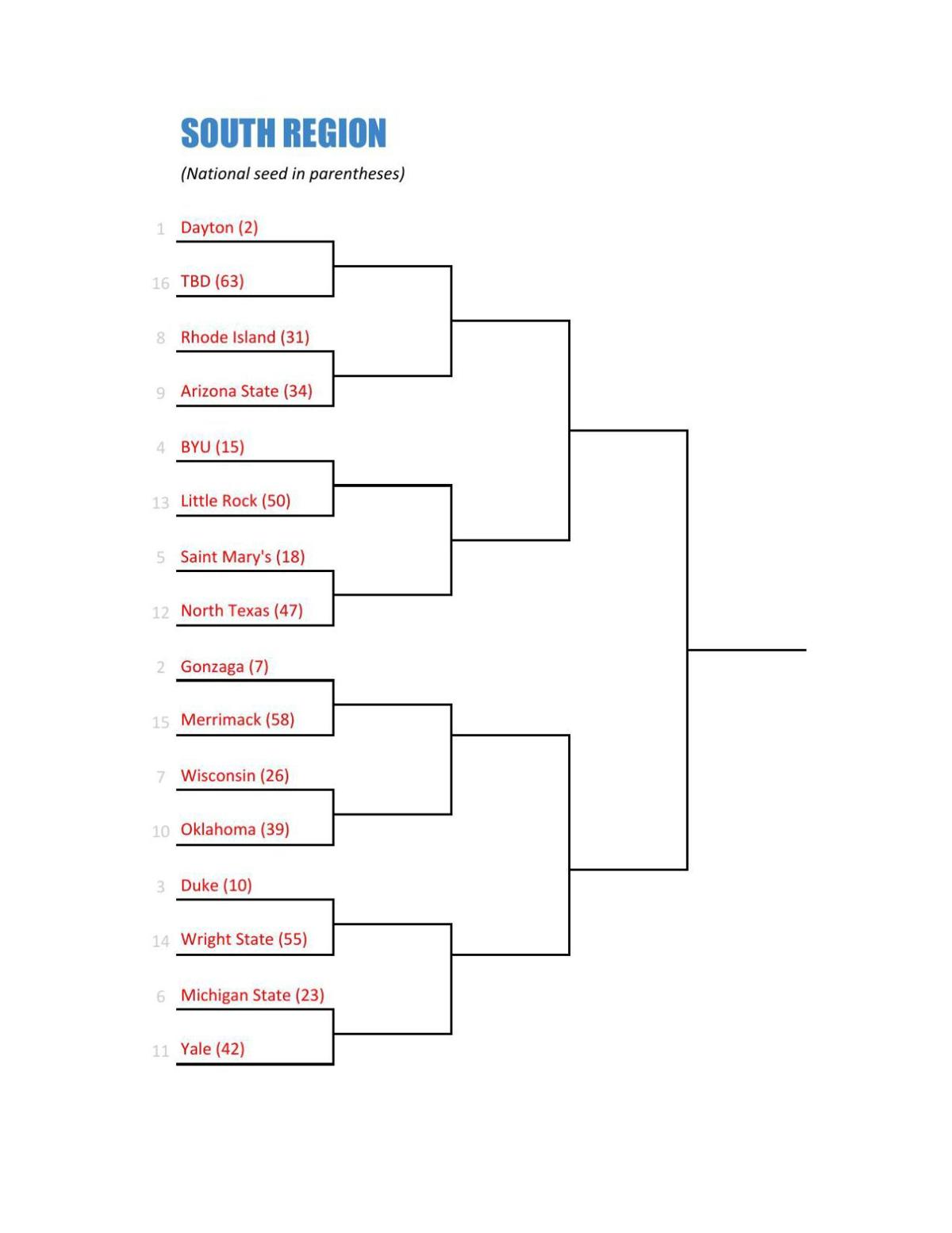 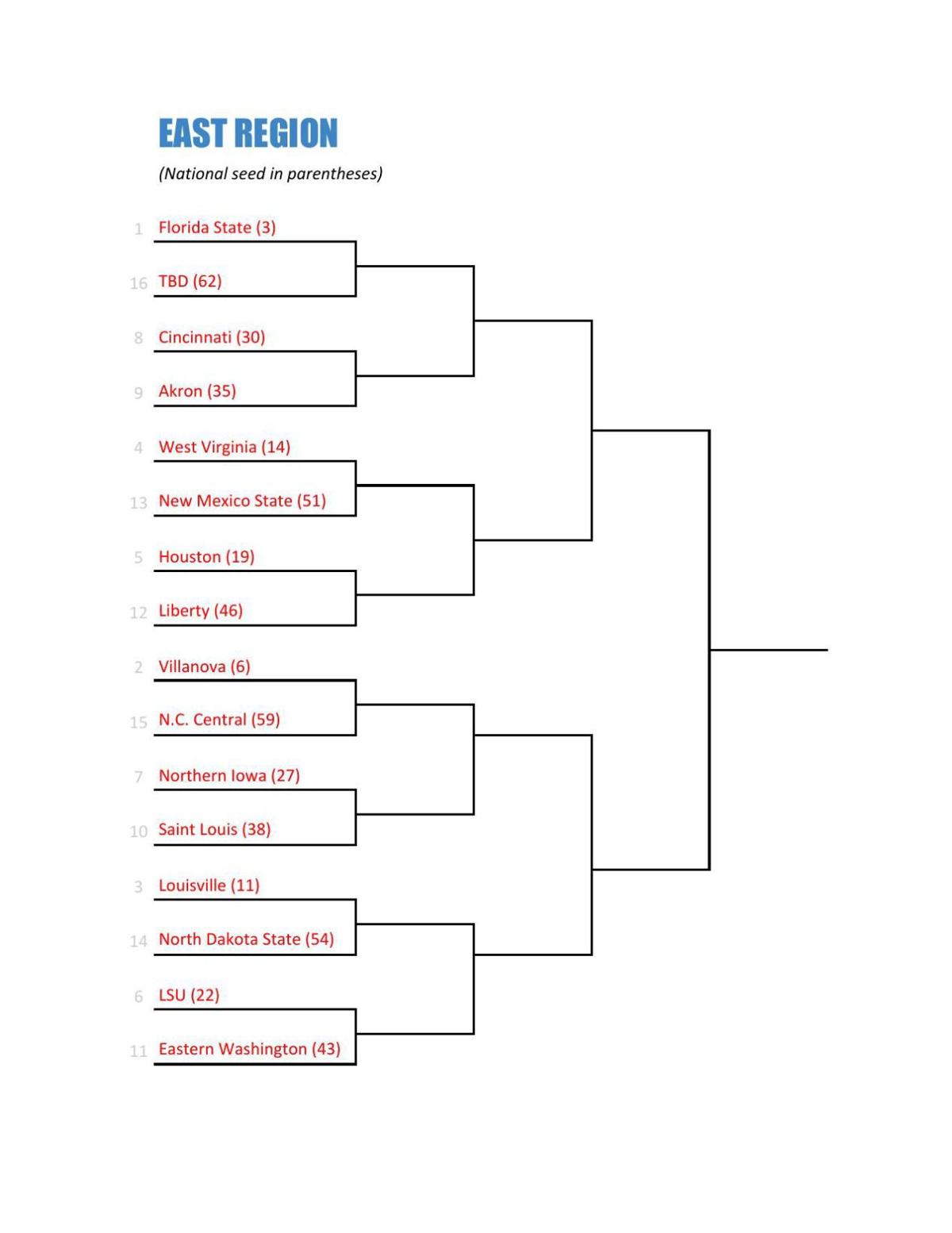 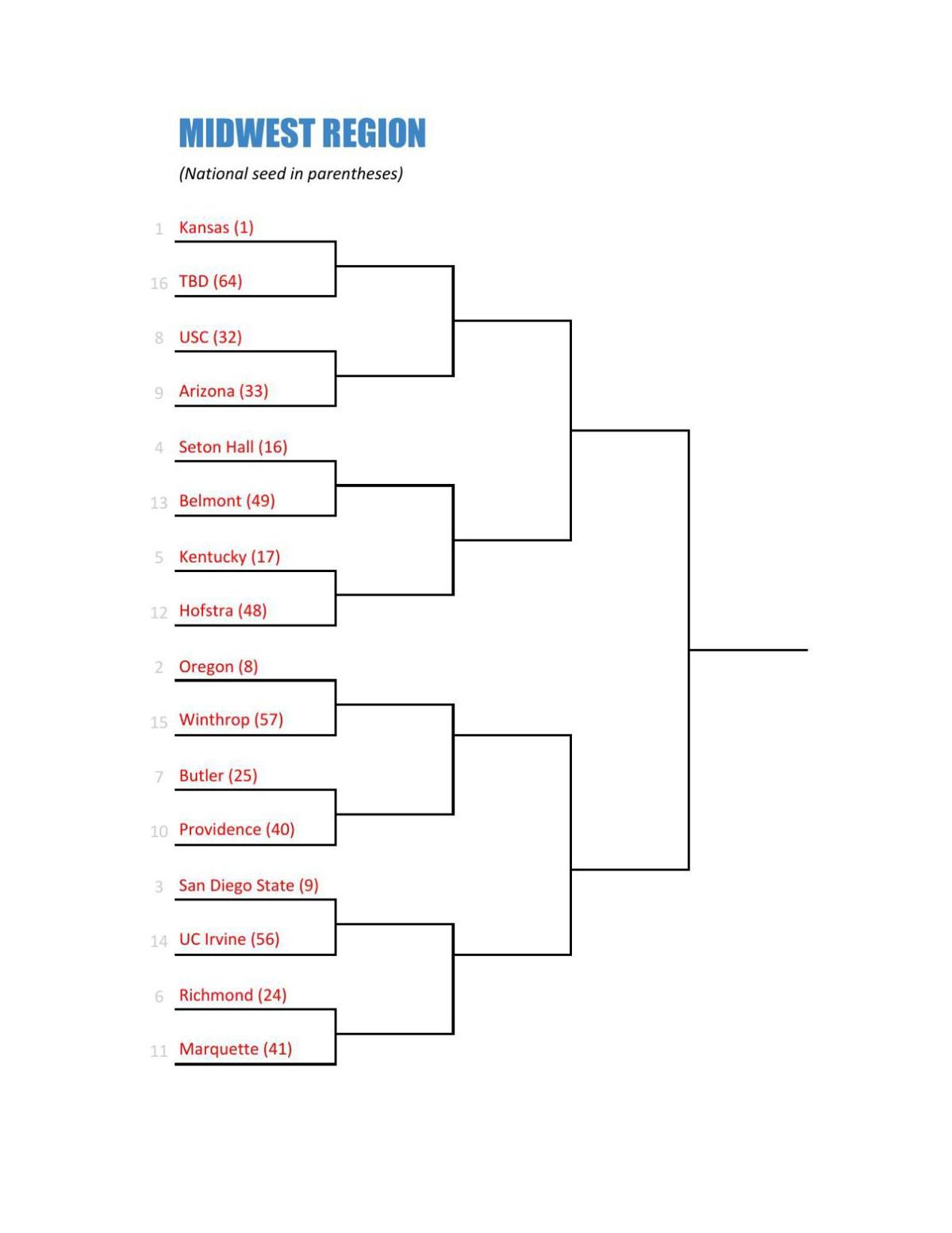 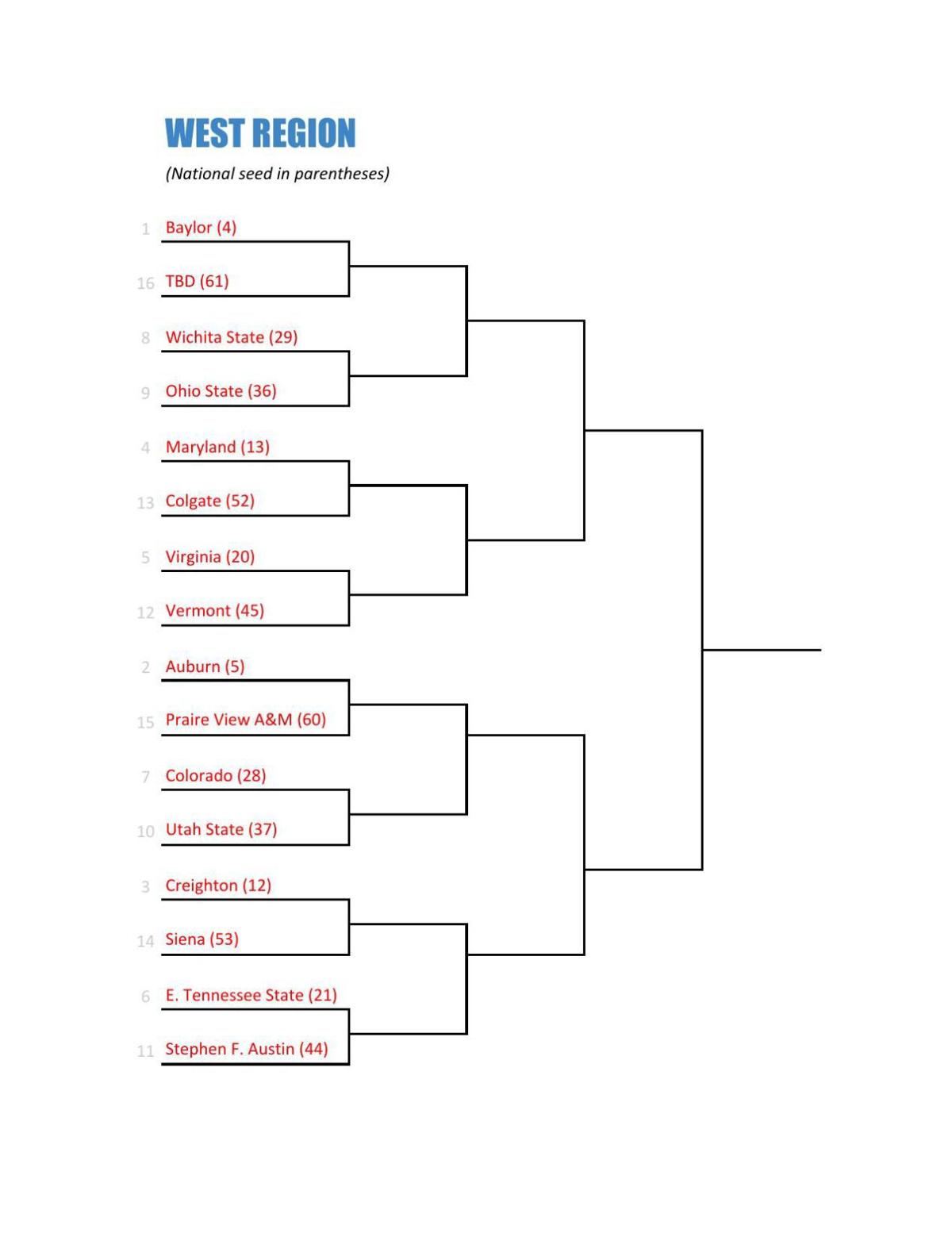 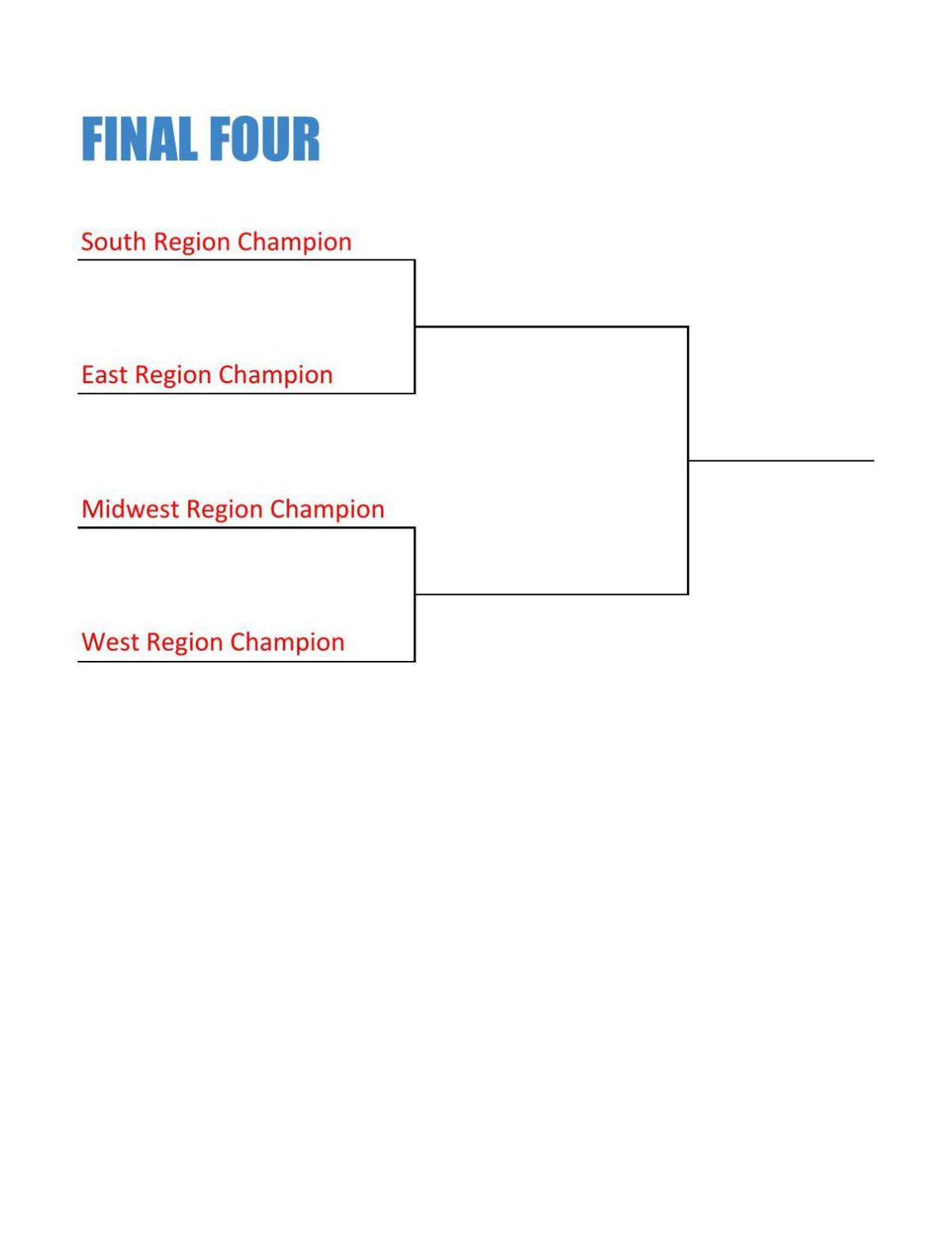 Instead of doing four "Play-in" games, we decided we'd have the fans vote to determine who the final four schools to get into our 64-team bracket would be. Choose from these 21 schools and the top four vote getters will earn those final four spots.