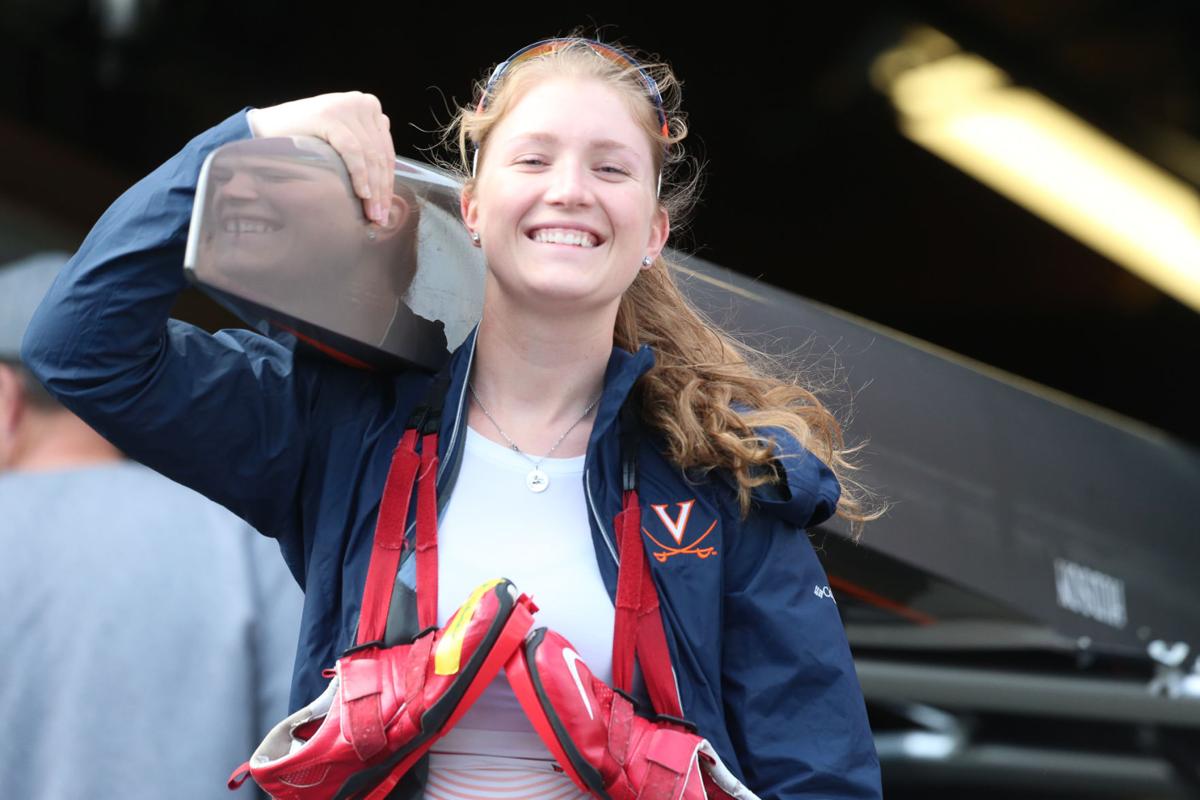 Virginia rower Sophia Kershner will compete in the 2019 World Rowing U23 Championships next week in Sarasota, Florida. 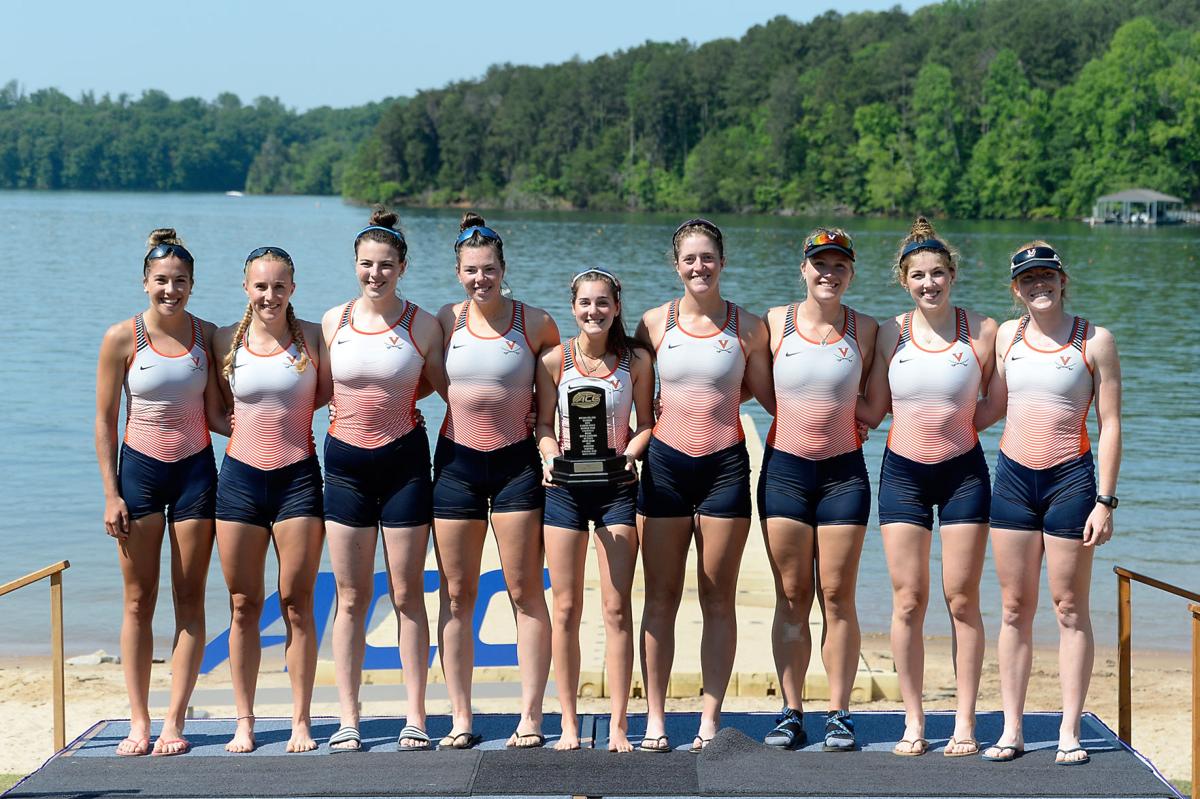 Sophia Kershner was part of the Virginia Varsity Eight boat that won the ACC championship and was named ACC Crew of the Year this past season.

Virginia rower Sophia Kershner will compete in the 2019 World Rowing U23 Championships next week in Sarasota, Florida.

Sophia Kershner was part of the Virginia Varsity Eight boat that won the ACC championship and was named ACC Crew of the Year this past season.

As a three-sport standout at Fluvanna County High School, Sophia Kershner had plenty to keep her busy outside of school

And Kershner has excelled in her new passion.

This past season, she was part of the University of Virginia's Varsity Eight boat that won the ACC championship, was named the ACC Crew of the Year and finished 12th at the NCAA Championships.

Now Kershner is taking her rowing talents to the international level.

The UVa rower will compete in the 2019 World Rowing U23 Championships next week in Sarasota, Florida. It will be her first international competition. Kershner is set to compete in the Women’s Eight event on July 25 as a member of the United States U23 rowing team.

Athletic success is nothing new for Kershner.

In high school, she was an all-conference performer in softball and volleyball and was an honorable mention all-state selection as a swimmer for the Flucos.

She thought her athletic career was complete when she enrolled at Virginia strictly for academics. It only took a week on Grounds before the competitive itch returned.

“I was a first-year at UVa and coming in after not playing any sports, I thought I just wanted a break,” she said. “I ended up bored out of my mind.”

Looking for something to occupy her time, Kershner went to the student activities center to check out the offerings at the school. That’s when she discovered rowing.

“I was wandering around the student activities center and I passed by the rowing table and one of them grabbed me by my arm,” Kershner said. “They said, you’re tall, you’re athletic looking and I think you should give it a shot.”

This wasn’t the first time Kershner had heard a sales pitch for rowing. When she was in the eighth grade, her mom, Michelle was being trained for a new job and met Virginia rowing coach Kevin Sauer, who suggest she entertain the idea of rowing.

“It was a running joke,” she said. “If softball doesn’t work out and you end up going to UVa, you should give rowing a try.”

Kershner started that fall and spent her first year on Grounds with the novice team. She ascended through the ranks pretty quickly and was the first to get put in a varsity boat.

The Palmyra native said that playing sports in high school was beneficial in her transition to rowing.

“I think they each prepared me in a different way,” Kershner said. “Softball and volleyball helped with coordination and teamwork. There’s not much you can do in those sports alone. The swimming, with the constant cardio and just being able to detach your mind and focus was also key.”

“It’s nice if you’re the worst rower in the boat because it gives you a platform to grow pretty quickly,” Kershner said. “The Varsity Four is a bit of a demotion, but I learned more about technique because its less stable, but you learn more about rowing.”

After the season, Sauer rewarded Kershner with an opportunity to take part in the U23 selection camp. Sauer was named the coach of the team this season and the selection camp was held in Charlottesville.

“He asked me if I had plans for the summer and invited me to come try out,” she said. “I came in with no real expectations. Either I come in and somehow make the team, or I train with all these incredible athletes and learn from them and try to get better.”

Kershner was one of the 18 rowers to earn a spot on the team, which includes athletes from Ohio State, Michigan and Yale, among others. They have spent about a month teaching techniques and finding the right fit for each boat.

She admitted the training regimen was intense.

“We were rowing about 30,000 meters a day during four- or five-hour sessions,” she said. “In other sports, you have a timeout during the game, but there’s really not much of a break. You’re out there on the water, baking in 95 percent humidity, but it will prepare us for the conditions in Sarasota. At this point, its two practices a day – east, sleep, repeat.”

The Women’s Eight event is a 2,000-meter race with eight team members and a coxswain. There will be a heat race on July 25 followed by the world championship finals on July 28.

Kershner is excited about the opportunity.

“We’re all entering this team at such a high level,” she said. “I’m sure there will be a fair amount of pressure, sizing up the competition. I don’t have any expectations. I just want to row to the best of my ability, leave it all out on the course. My boat would love to medal, but we will have to row well.”