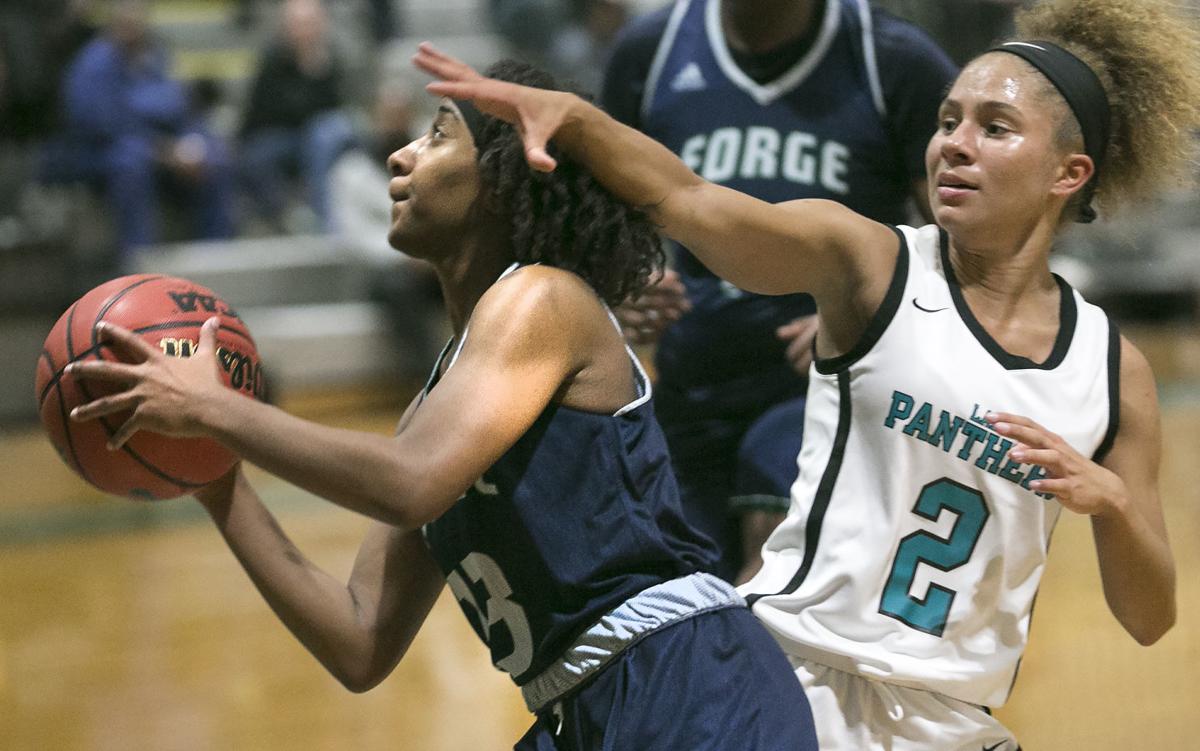 Cameren Downs (left) of Colonial Forge drives to the hoop ahead of Kyla Coles at Massaponax on Friday, Jan. 10, 2020. 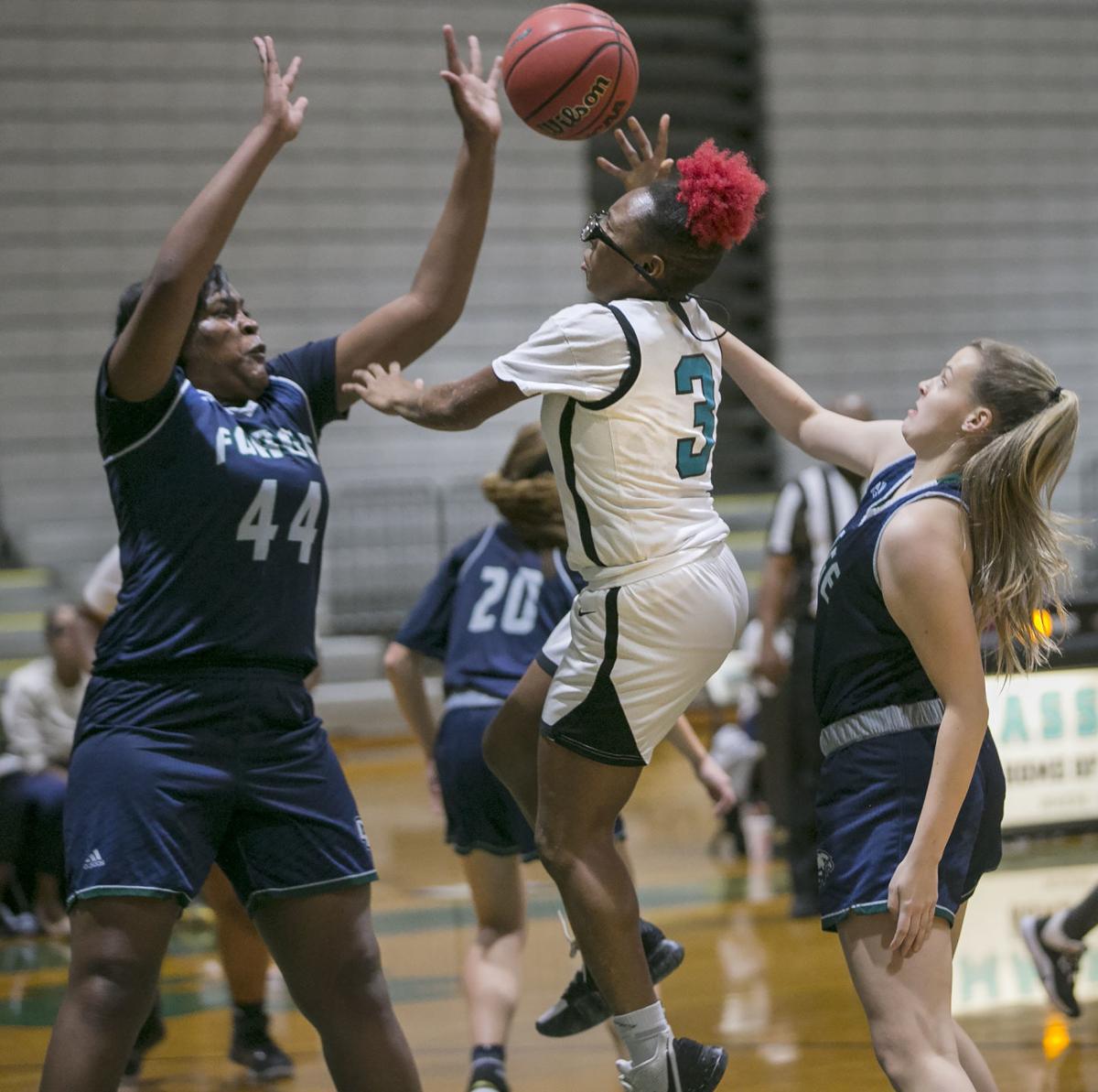 The Panthers’ Imahni Spears (3) tries to drive between LeTaysha Arrington (44) and Morrison. 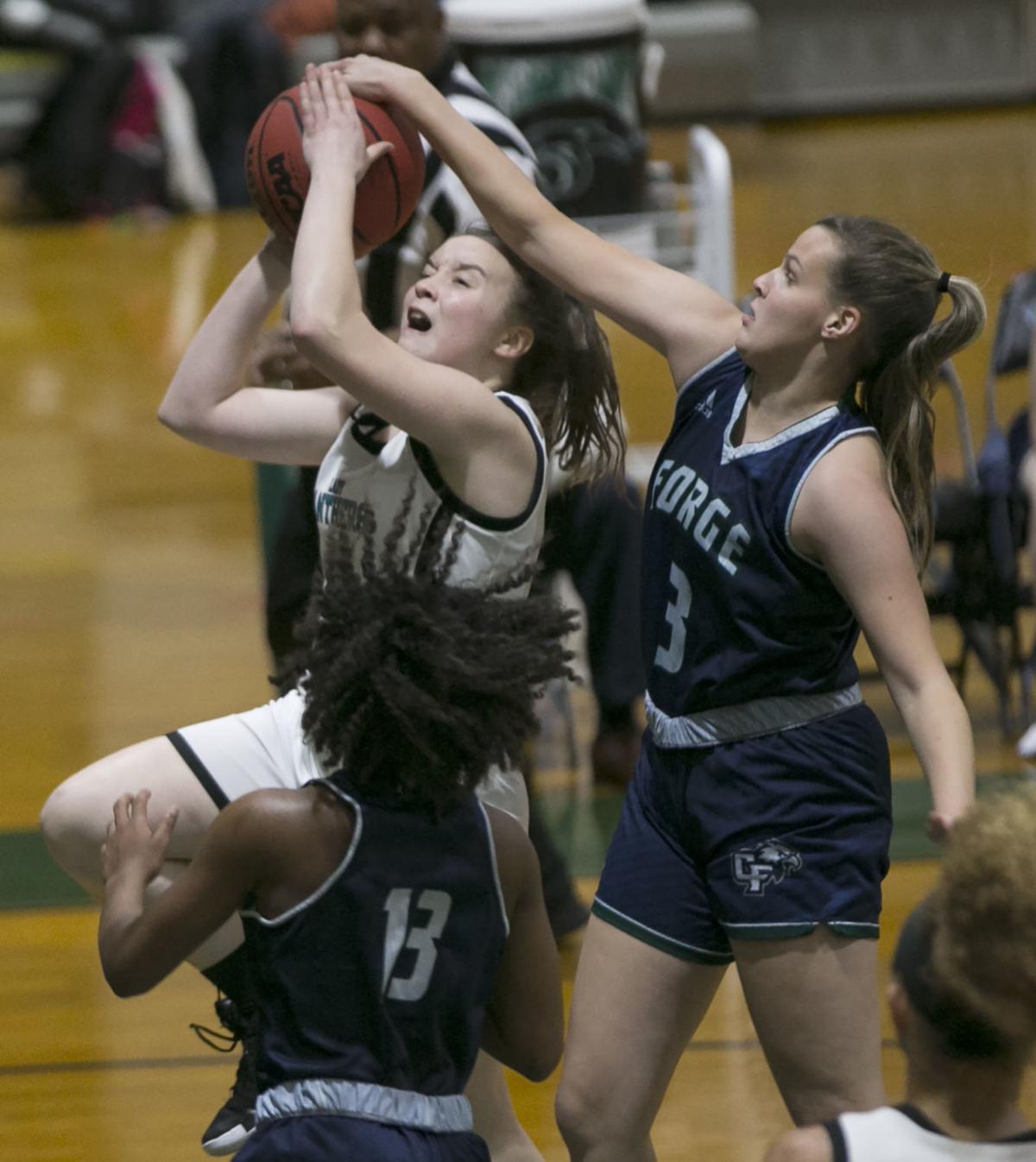 The Panthers’ Leah Schoonover (with ball) gets stopped by the Eagles’ Riley Morrison (3) during Friday night’s game at Massaponax High School. 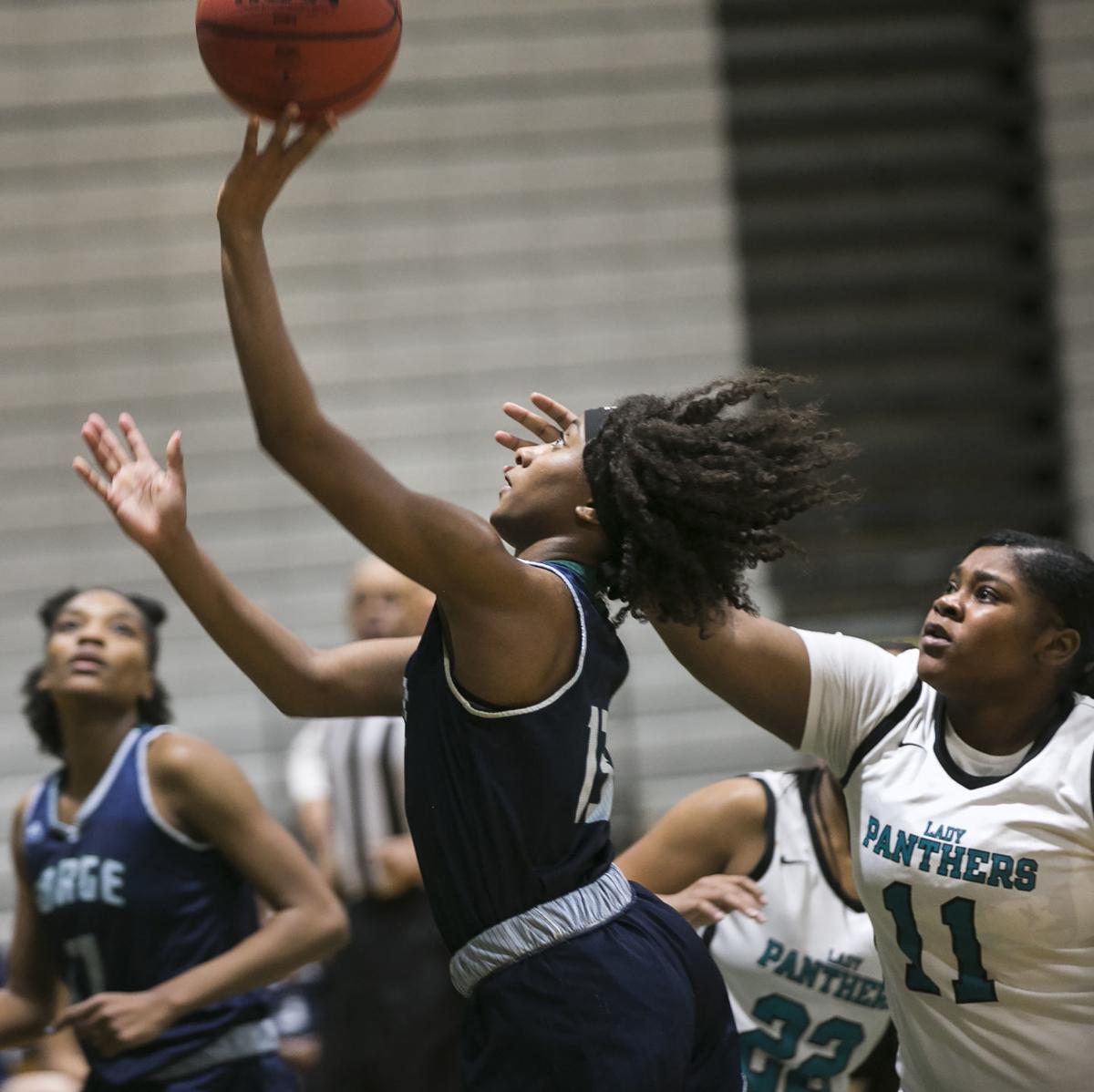 The Eagles’ Cameren Downs puts up a shot ahead of the Panthers’ Aryonna Coles (11) on Friday.

Cameren Downs (left) of Colonial Forge drives to the hoop ahead of Kyla Coles at Massaponax on Friday, Jan. 10, 2020.

The Panthers’ Imahni Spears (3) tries to drive between LeTaysha Arrington (44) and Morrison.

The Panthers’ Leah Schoonover (with ball) gets stopped by the Eagles’ Riley Morrison (3) during Friday night’s game at Massaponax High School.

The Eagles’ Cameren Downs puts up a shot ahead of the Panthers’ Aryonna Coles (11) on Friday.

Colonial Forge’s Jenna Grey is one of those basketball players who can get into a groove when she shoots, and then stay there.

Never was that more evident than in the third quarter of Friday night’s Commonwealth District clash at Massaponax.

The Eagles’ 5-foot-7 shooting guard torched the nets for 17 points in the period, including five 3-pointers, as the Eagles broke open a close game with the Panthers and posted an important 59–46 district victory.

“We expect [Grey] to do that,” Colonial Forge coach Lashaun Cook said with a smile after watching her guard’s shooting performance. “I’m pleased with this win. Massaponax is a tough team and you never know how it’s going to go against a good team like that.”

Cook had to be pleased with the way the Eagles (6–5, 3–1) played after a 13-day layoff from competition. Their last game was in the Boo Williams classic against Hanover on Dec. 28. Some signs of rust showed early against Massaponax (8–4, 2–2), but they recovered nicely.

After committing seven turnovers and battling the Panthers on even terms in the first quarter, the Eagles found their rhythm in the second and opened up a 13-point lead with their defensive pressure and a decisive edge on the backboards.

Center Le’Taysha Arrington, who finished with 10 points and 12 rebounds, scored with a nifty assist from Riley Morrison to put Colonial Forge in front 25–15 with three minutes left until halftime.

But the Panthers showed their mettle in the closing minutes. Led by hustling junior Raine Tweedy (16 points) and speedy point guard Kyla Coles, Massaponax closed the quarter with a 9–0 run and trailed by just four points at the break.

“With the layoff we may have burnt ourselves out a little early,” said Eagles forward Brayla Bogier, who was a key contributor in the third quarter, when Colonial Forge regained its momentum.

Bogier grabbed seven of her team-high 13 rebounds in the quarter to complement Grey’s hot shooting, and the Eagles outscored their hosts 23–14 to take a 48–35 lead at the end of the period.

Grey drained her first 3-pointer two minutes into the second half to help ignite the surge. Her last one from the right side gave the Eagles a 16-point advantage before Massaponax’s Aryonna Coles beat the buzzer with a trey from the top of the key.

“I felt like we had to do something because this was a really important game for us,” said Grey, who finished with 20 points. “I knew I needed to step up my game.”

Down by 13, the Panthers kept clawing back but were unable to get their deficit under 10 points in the final eight minutes. Tweedy’s two free throws cut the lead to 52–42, but the Eagles answered with one more run led by point guard Cameren Downs and put the game away.

“They were effective with their defense and they outplayed and outhustled us,” said Massaponax coach Ramon Hounshell. “We just have to bounce back and get ready for the next one. That’s all we can do.”

The Panthers continue their district schedule with a home game against North Stafford on Tuesday.

Colonial Forge has a busy week ahead. The Eagles host North Stafford on Monday and visit Stafford on Friday before heading to Brooklyn, N.Y., to participate in the Rose Classic. They’ll play games on Saturday and the following Monday.

“It will be a great experience for us to go up there,” said Cook. “We were so excited to be invited. We’re looking forward to it.”