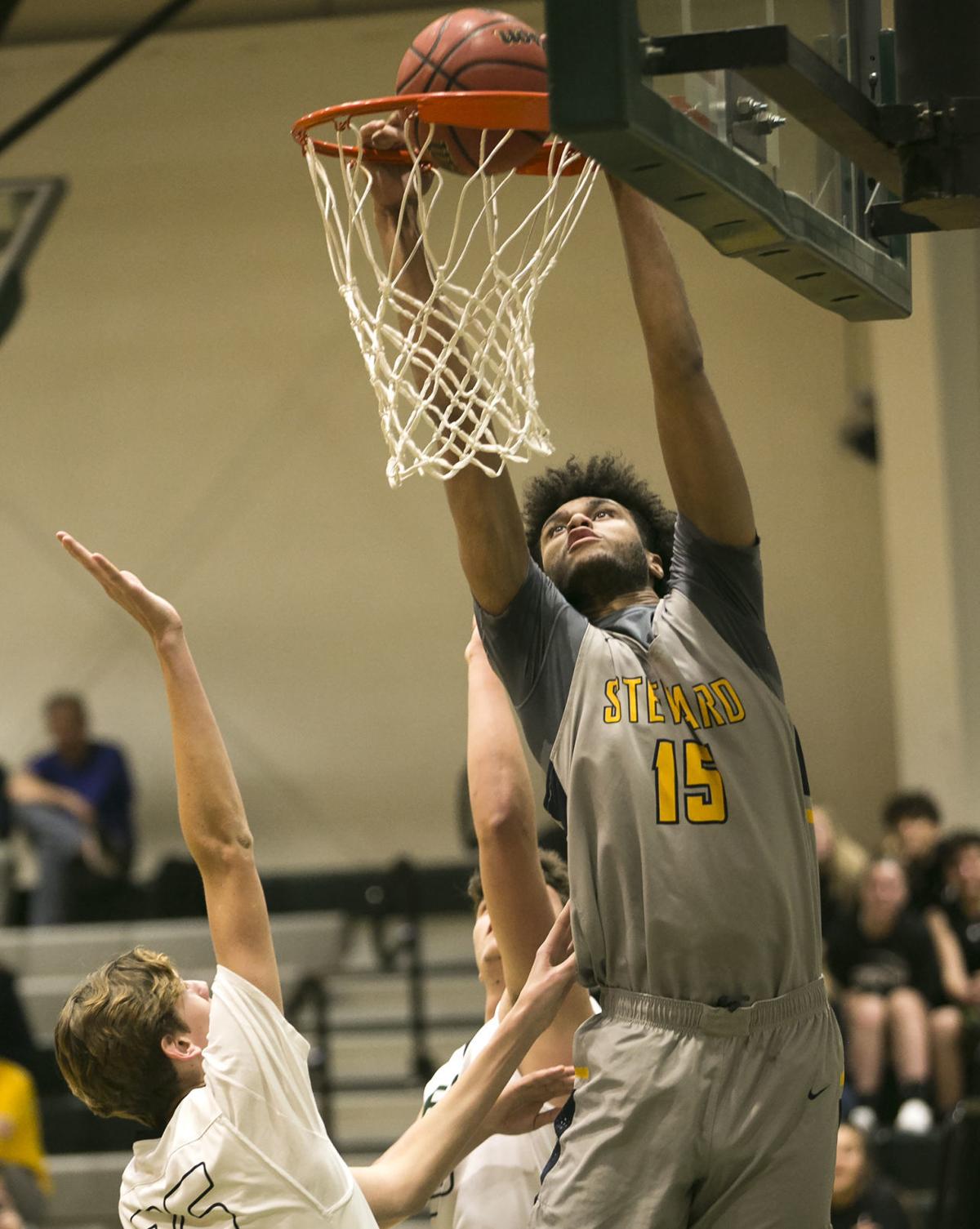 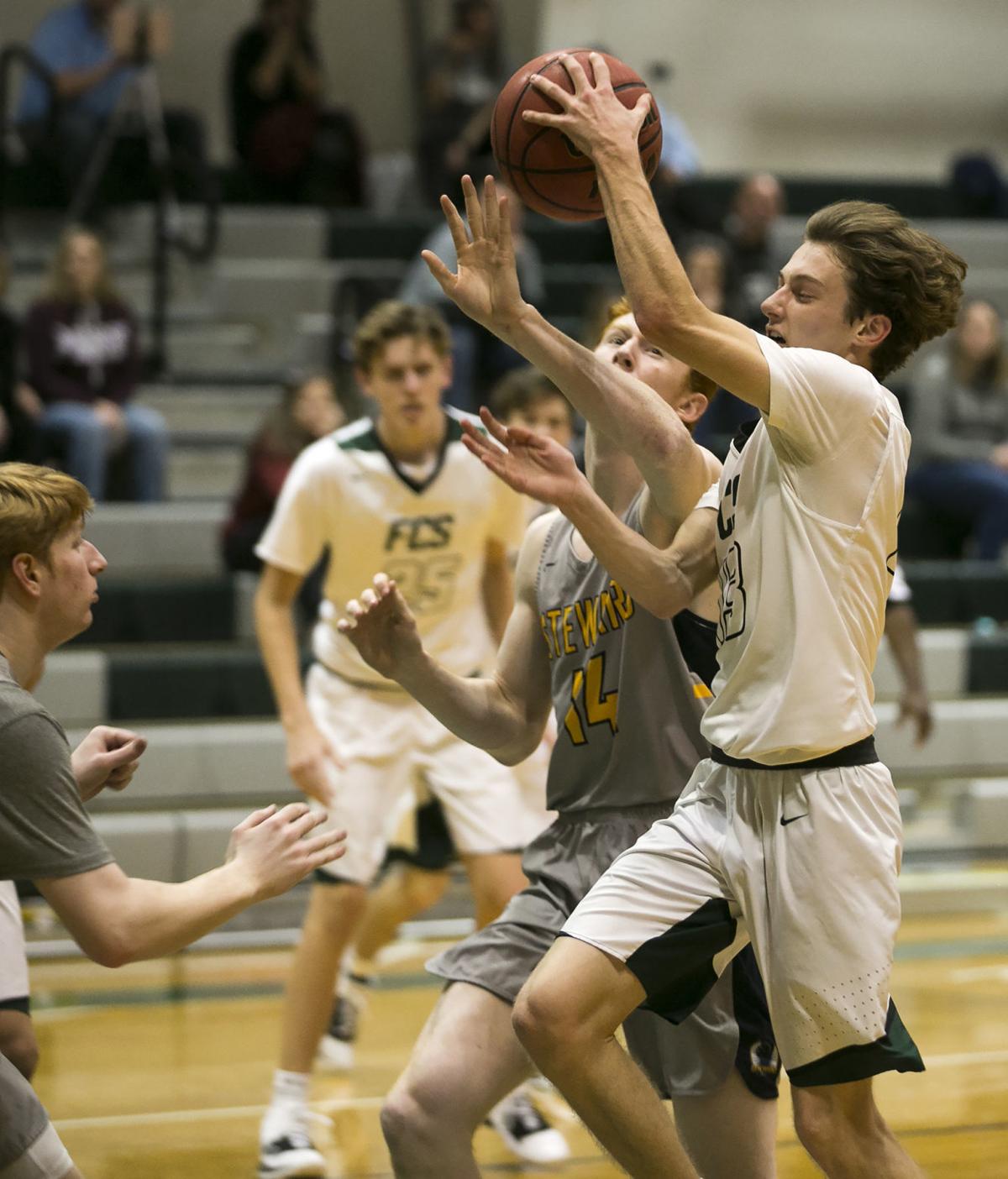 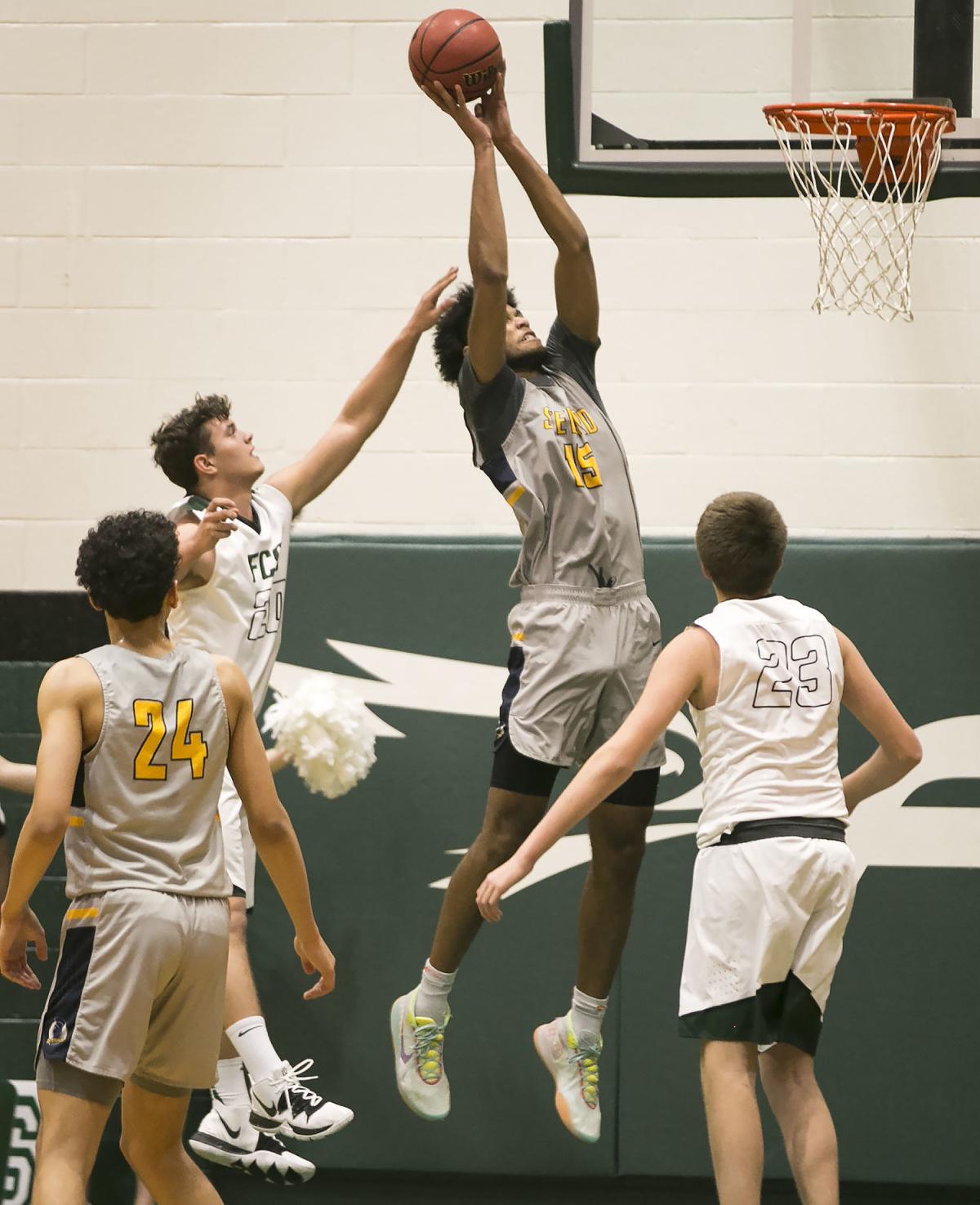 Efton Reid of Steward grabs a rebound against Fredericksburg Christian. 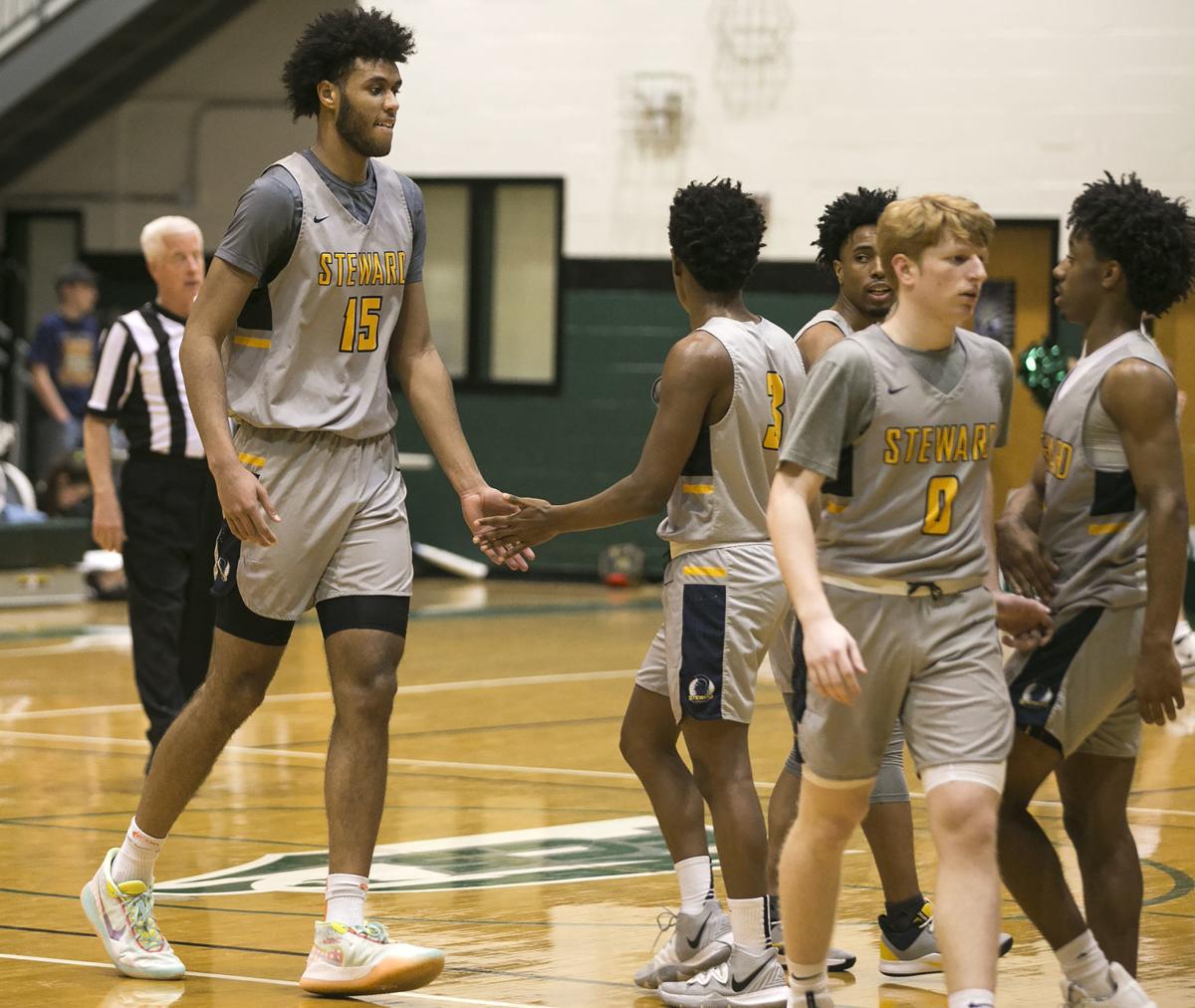 Steward’s Efton Reid walks off the court at halftime while facing Fredericksburg Christian in Spotsylvania County on Monday, Jan. 27, 2020.

Efton Reid of Steward grabs a rebound against Fredericksburg Christian.

Steward’s Efton Reid walks off the court at halftime while facing Fredericksburg Christian in Spotsylvania County on Monday, Jan. 27, 2020.

As Fredericksburg Christian center Kaleb Van Hoven went up for the opening tip Monday night at home against Steward School, he could only laugh and shake his head when his efforts proved futile.

At 6-foot-5, Van Hoven lined up against Spartans’ junior Efton Reid, a 7-footer with an overall skill set that has made him a five-star recruit and the No. 1 prospect in Virginia for the Class of 2021, according to ESPN.com.

Reid and his teammates traveled north from Richmond and handed the Eagles a 77–33 defeat. Steward is ranked No. 4 in the VISAA Division II poll.

Reid’s vast array of skills weren’t needed for the contest as he scored a modest 12 points, pulled down eight rebounds and blocked one shot. He sat out the final nine minutes.

“When [Reid] gets touches, we try to play through him,” Steward head coach Curt Kassab said. “Even if they double him, we’ve got shooters everywhere. He’s such a great passer. He has a high basketball IQ and he’s so unselfish. You can double him all you want and we’re going to shoot 3s and knock them down.”

The Eagles (6–9) witnessed that on Monday. Steward (19–3) connected on nine 3s in three quarters. The Spartans didn’t attempt a free throw until there were four minutes remaining in the game, but had 71 points at the time.

Reid scored on three dunks and three other baskets in the paint. He’s capable of stepping outside and hitting from deep but didn’t attempt a shot from behind the arc.

He demonstrated his versatility when he collected a steal and led the fast-break before finding Jabari Atkinson for a layup and a 38–8 second-quarter lead.

“He’s just complete,” Kassab said. “He can finish with either hand. He can score over his left shoulder, or right shoulder with hook shots. He can shoot the mid-range. He can handle the ball. He can shoot the 3 … He’s getting better and better.”

Kassab said Reid, who is listed at 225 pounds, will need to get stronger in the weight room to dominate at the college level.

The recruiting website Rivals.com ranks Reid No. 33 overall and No. 6 at his position in the nation for his class.

Reid holds scholarship offers from Rutgers and Virginia, among others. The Cavaliers have made him a top priority for 2021. Reid, who rarely discusses recruiting, said after the victory over FCS that he has no timetable to announce an oral commitment.

“I’m just taking my time and letting God lead me on the right path,” he said.

Reid chased down FCS’s Luke Chilton and emphatically swatted his layup out of bounds. In the first quarter, FCS’s Tyson Jones found himself inside and overwhelmed by Reid’s defensive presence.

Reid’s positivity is infectious to teammates, Kassab said. During the fourth quarter, after the Spartans cleared their bench, Reid was on the sideline offering pointers and encouragement to the reserves on the court.

Reid said former James Monroe standout Mike Gray was a similar teammate for him when they played together for the Team Loaded 15U AAU squad that went undefeated in 2018. Reid said Gray, who is now a junior at Blue Ridge School, “is like my brother.”

“He was just so unselfish,” Reid said. “He would lead me and tell me what I was doing wrong. That’s what I need.”

Fredericksburg Christian hopes to get back on track at home against Seton Tuesday night. The Eagles had won three straight before losses to Wakefield and Steward in the past two contests.

“When we play the better teams we’ve got to get a toughness about us,” Bumbrey said.