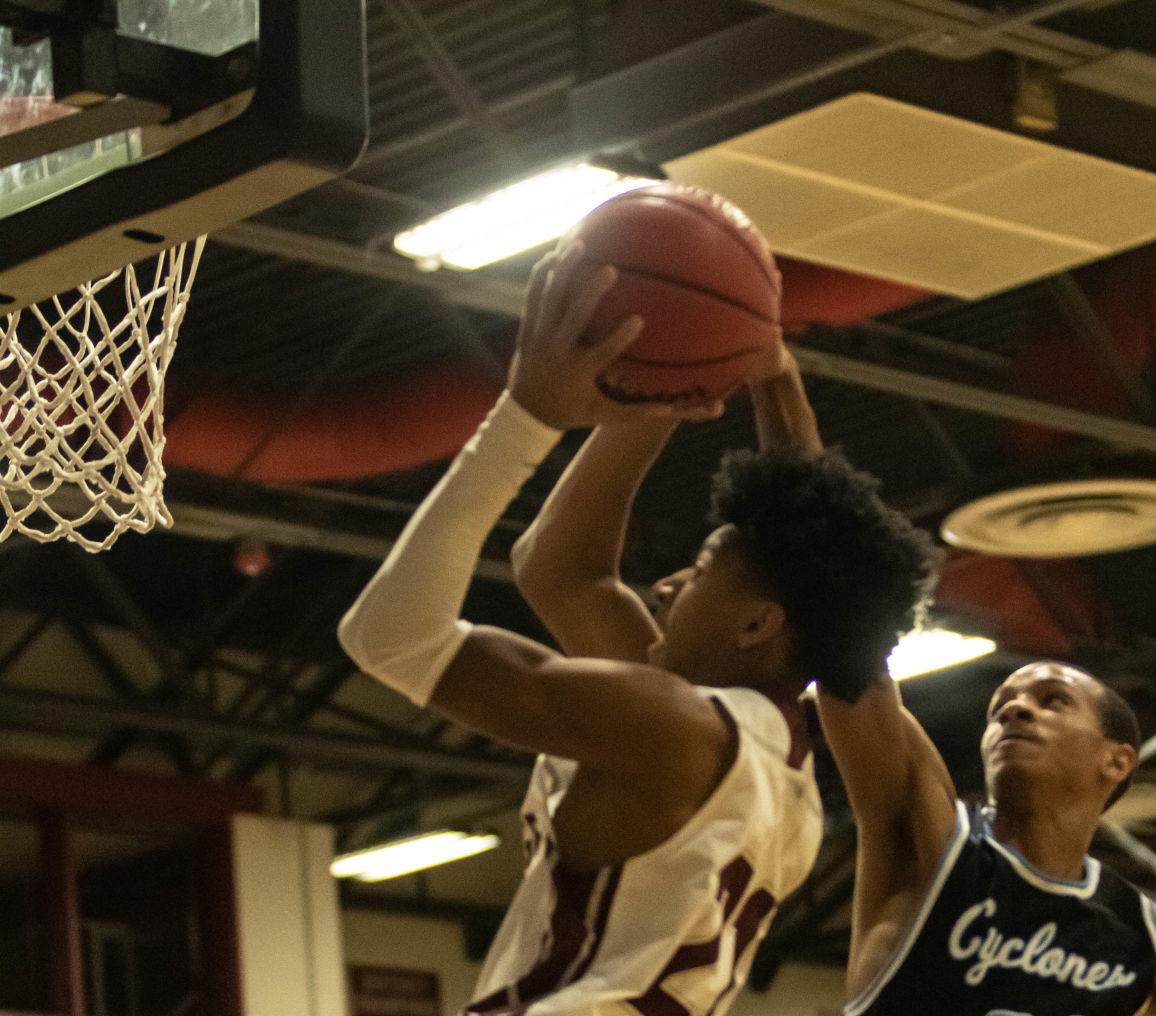 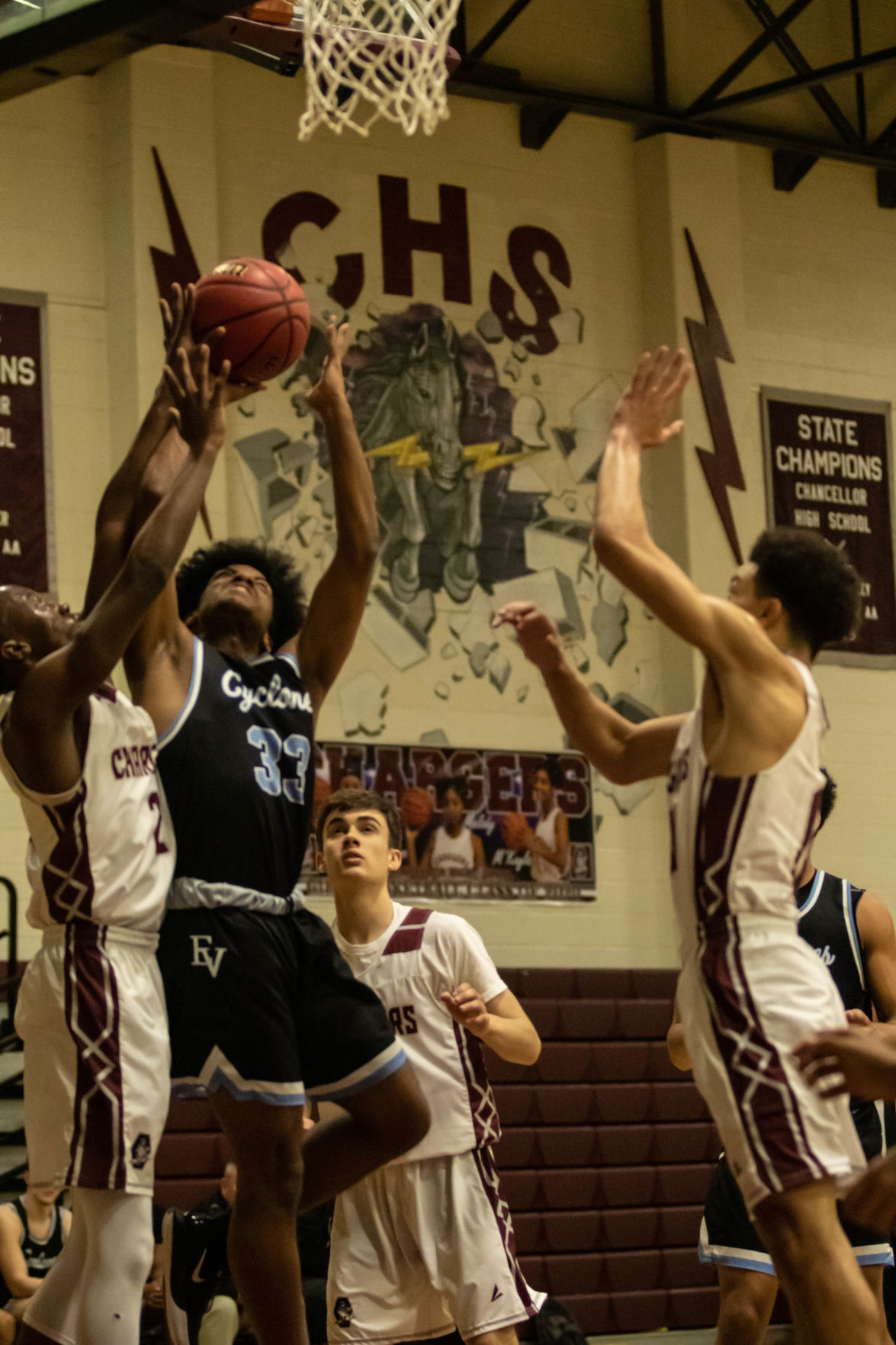 Eastern View’s Taharka Siaca Bey powers his way up for a layup while surrounded by Chancellor defenders. 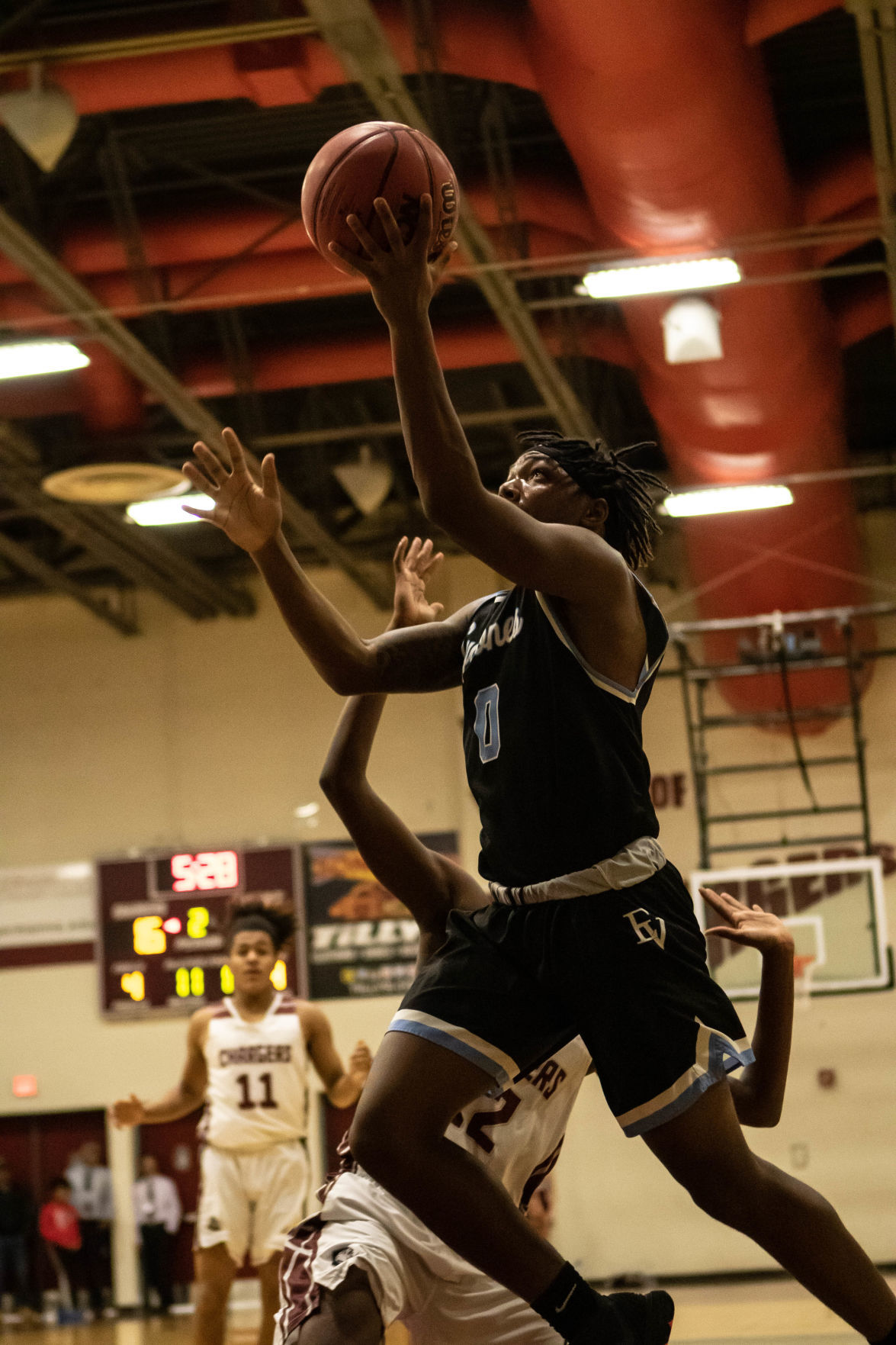 Eastern View’s Raq Lawson goes up for a layup during Tuesday’s game at Chancellor.

Eastern View’s Taharka Siaca Bey powers his way up for a layup while surrounded by Chancellor defenders.

Eastern View’s Raq Lawson goes up for a layup during Tuesday’s game at Chancellor.

With Battlefield District play kicking into high gear, the Chancellor boys basketball team may be hitting its stride at just the right time.

On Tuesday night, the Chargers put three players in double figures and led from start to finish on their way to picking up a decisive 68–58 victory over visiting Eastern View.

The win was Chancellor’s fourth in its last five games, and it improved the Chargers’ record to 5–4 overall and 2–0 in the district.

“We played pretty well, especially on defense,” Chancellor assistant coach Antonio Coghill said. “We were able to create turnovers, which was key to gaining separation from [Eastern View] early.”

The Chargers trapped the Cyclones from one end of the floor to the other, forcing 26 turnovers through the first three quarters and 32 in total. The constant pressure helped Chancellor build a 48–31 lead late in the third period, which proved insurmountable for Eastern View (3–6, 1–1).

Senior Anthony Melvin scored 14 points on a handful of breakaway layups. Junior Breydon Williams and freshman Isaiah Coleman added 14 and 12 points, respectively, as nine of the 12 Chargers who played in the game reached the scoring column.

Eastern View was able to cut Chancellor’s 17-point lead down to eight in the fourth quarter, thanks in large part to the play of sophomore Taharka Siaca Bey. A transfer from Paul VI in Fairfax, Siaca Bey came off the bench to tally all of his career-high 15 points in the second half.

“Taharka really played hard and brought an energy to the game,” Eastern View head coach Patrick Thornhill said. “Right now, I’m trying to get five guys who are ready to play from the opening tip. If he continues to play the way he did tonight, he’ll be one of them.”