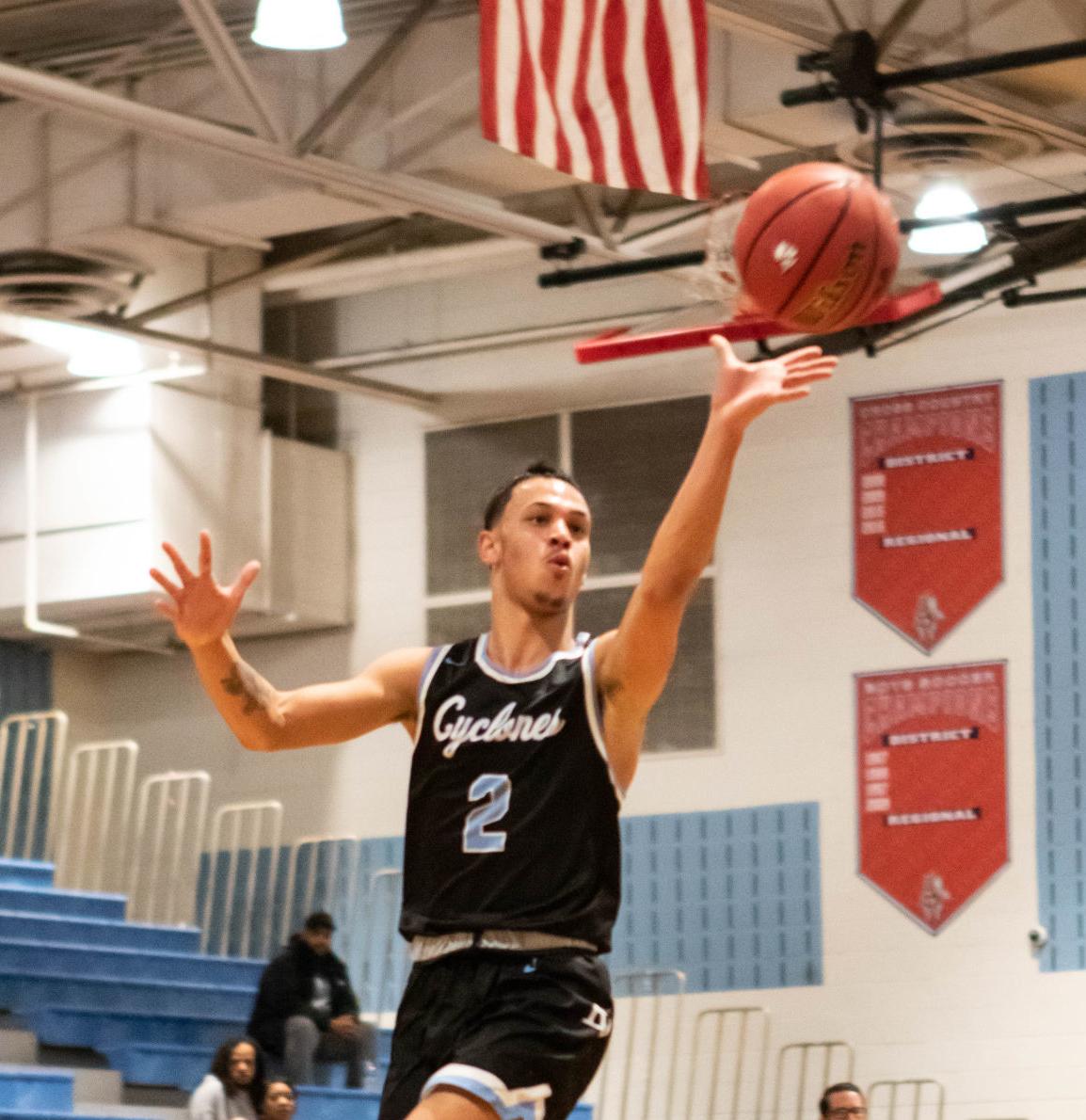 Eastern View’s Alex Spangler glides through the air during Thursday’s 67-48 win at Spotsylvania. Spangler scored a game-high 20 points for the Cyclones. 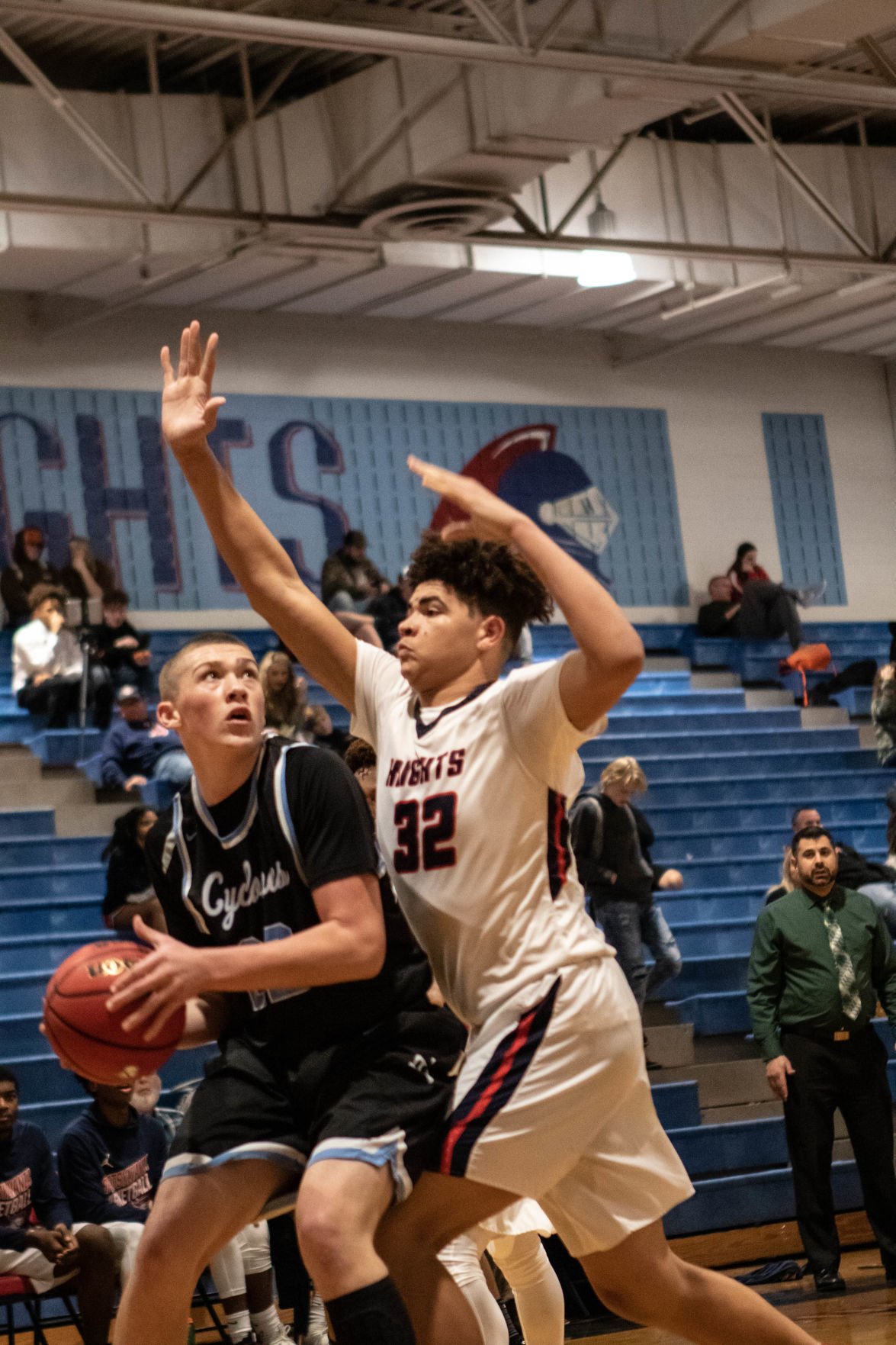 Eastern View’s Alex Spangler glides through the air during Thursday’s 67-48 win at Spotsylvania. Spangler scored a game-high 20 points for the Cyclones.

Alex Spangler sat restlessly for over two months while he waited for doctors to clear him from an ankle injury he suffered during football season.

Since returning to the court for the Eastern View boys basketball team last week, Spangler has taken out all of his pent-up frustration on the Cyclones’ opponents.

The senior guard poured in a game-high 20 points on Thursday night as Eastern View was never seriously threatened in a 67-48 Battlefield District victory at Spotsylvania.

It was the seventh win in the past eight contests for the Cyclones (11-9 overall, 7-4 district), and it kept them in fourth place in Region 4B’s north division with just one regular-season game to go.

“Honestly, it just feels good being back out there with my teammates,” Spangler said. “All the other stuff is an added bonus.”

Spangler scored 11 of his points in the first half as Eastern View built a 32-20 lead at intermission. He glided up and down the floor effortlessly and made a handful of acrobatic layups, showing no traces of the severe high left ankle sprain and ligament damage he suffered in the Cyclones’ final football game on Nov. 22.

“Two months of physical therapy [on that ankle]” Spangler said. “It seemed like forever.”

However, Spangler said there was one advantage to not being able to go full speed on the ankle.

“I worked on my outside shot a lot,” he said. “I was really able to hone it more than I ever have.”

True to his word, Spangler connected on a pair of 3-pointers in Thursday’s contest. Known widely as a slasher, he’s made at least one 3 in three of the four games since he returned to the lineup, averaging 21.5 points over that span as well.

“We’re glad to have him back,” Eastern View head coach Patrick Thornhill said. “He’s a big part of our team and what we do.”

Spangler wasn’t the only Cyclone who stood out against the Knights though. Sophomore Rickey Butler came off the bench to tally 14 points—10 of which came after halftime—to help Eastern View grow its advantage to as much as 27 points down the stretch.

Frequently matched up against 6-foot-5 standout Spotsylvania freshman Mathias “MEGA” Barnwell, the 6-foot-5 Butler showcased some nifty footwork and a soft touch around the basket.

“He’s coming along nicely,” Thornhill said of Butler, who also pulled down seven rebounds. “He can score down low, or step outside and shoot the 3.”

Spotsylvania (1-20, 1-10) turned the ball over 22 times and never led in the game. Evan Bowles paced the Knights with 11 points, while Nate Widener chipped in 10.

Eastern View closes the regular season with a trip to Caroline next Tuesday.