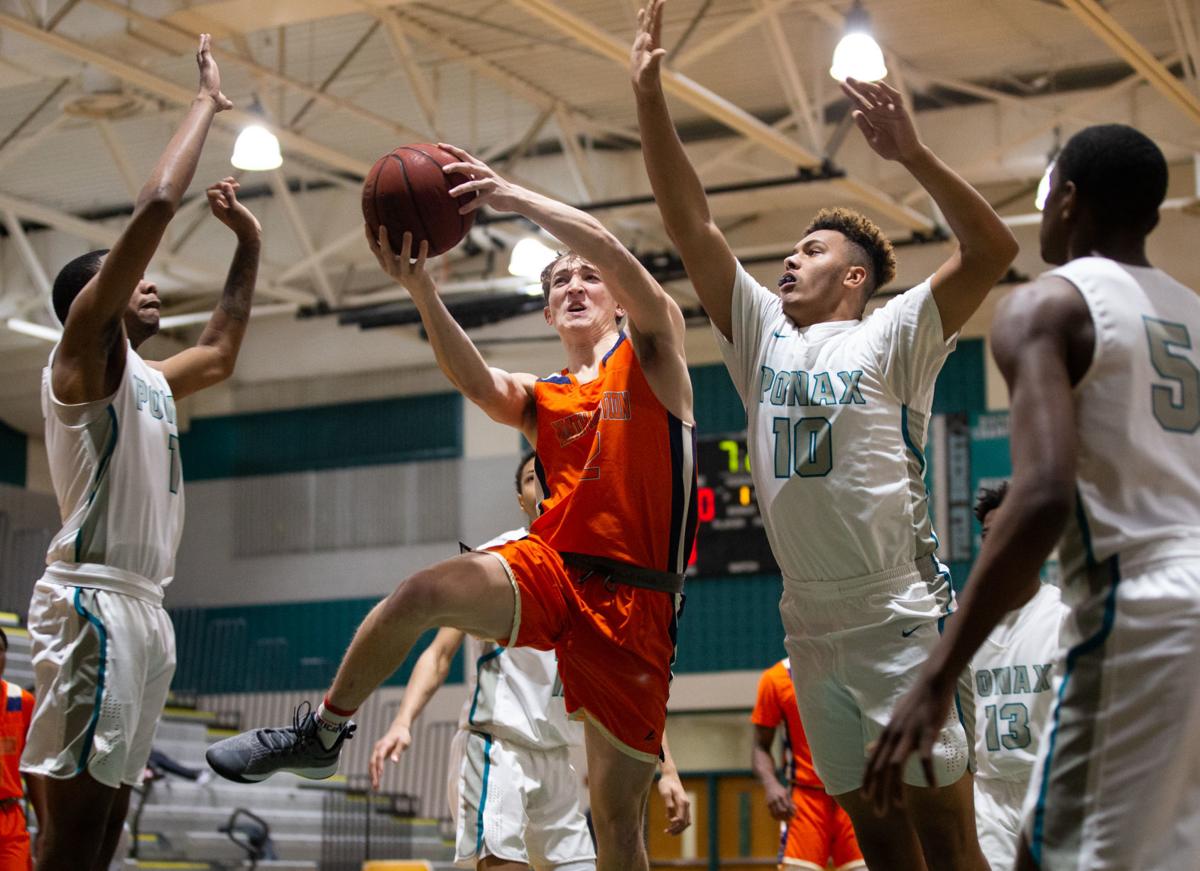 North Stafford’s Holt Egan drives to the basket as Massaponax defender Dorian Staples (10) tries to block his shot. Egan finished with 16 points in the Wolverines’ 64–57 victory. 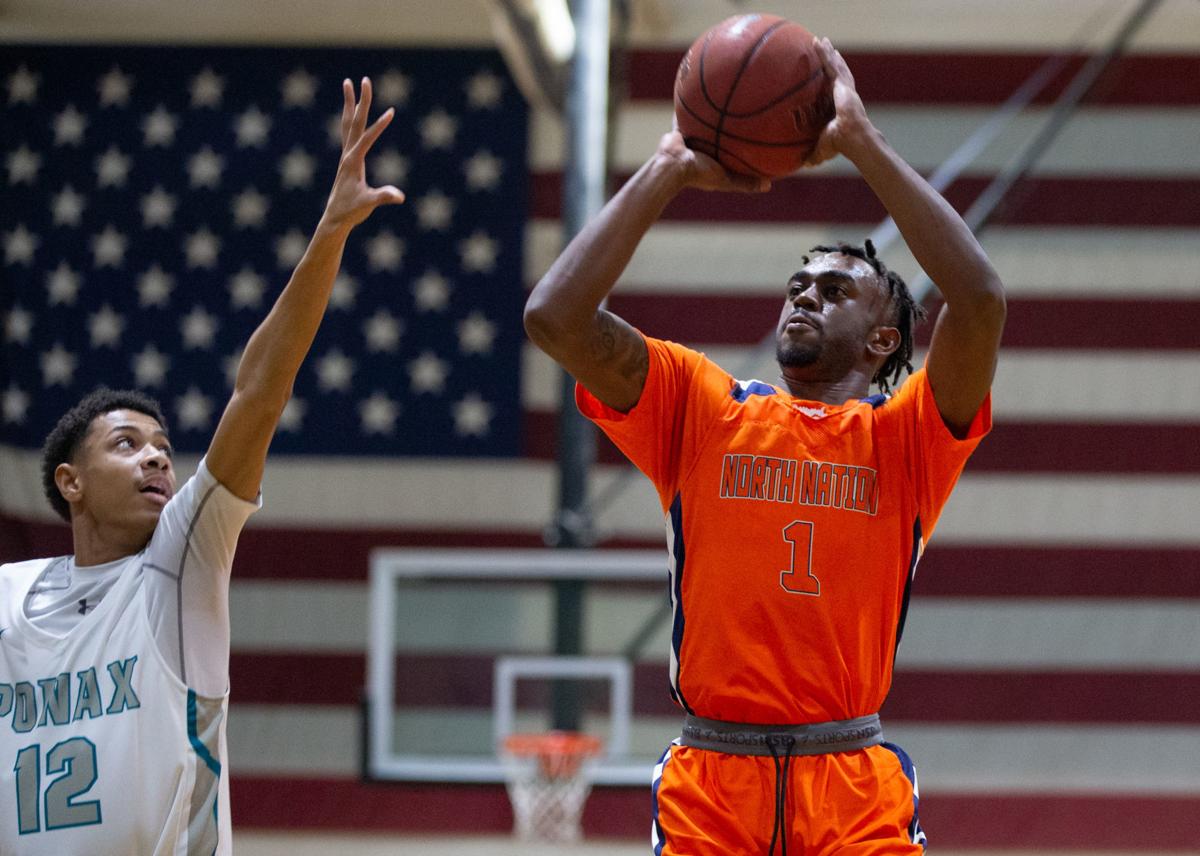 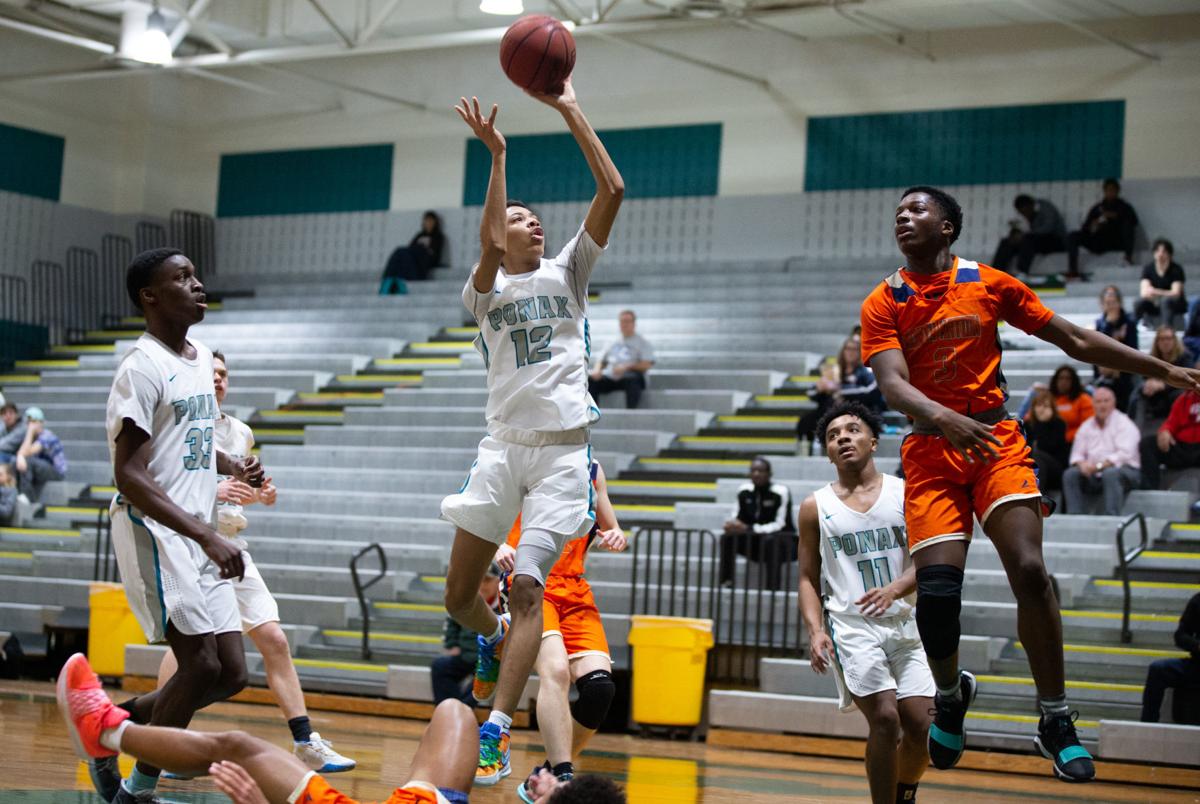 Massaponax’ Arkese Claiborne shoots a jump shot during Tuesday’s game against North Stafford, Claiborne scored 15 points in a losing cause. 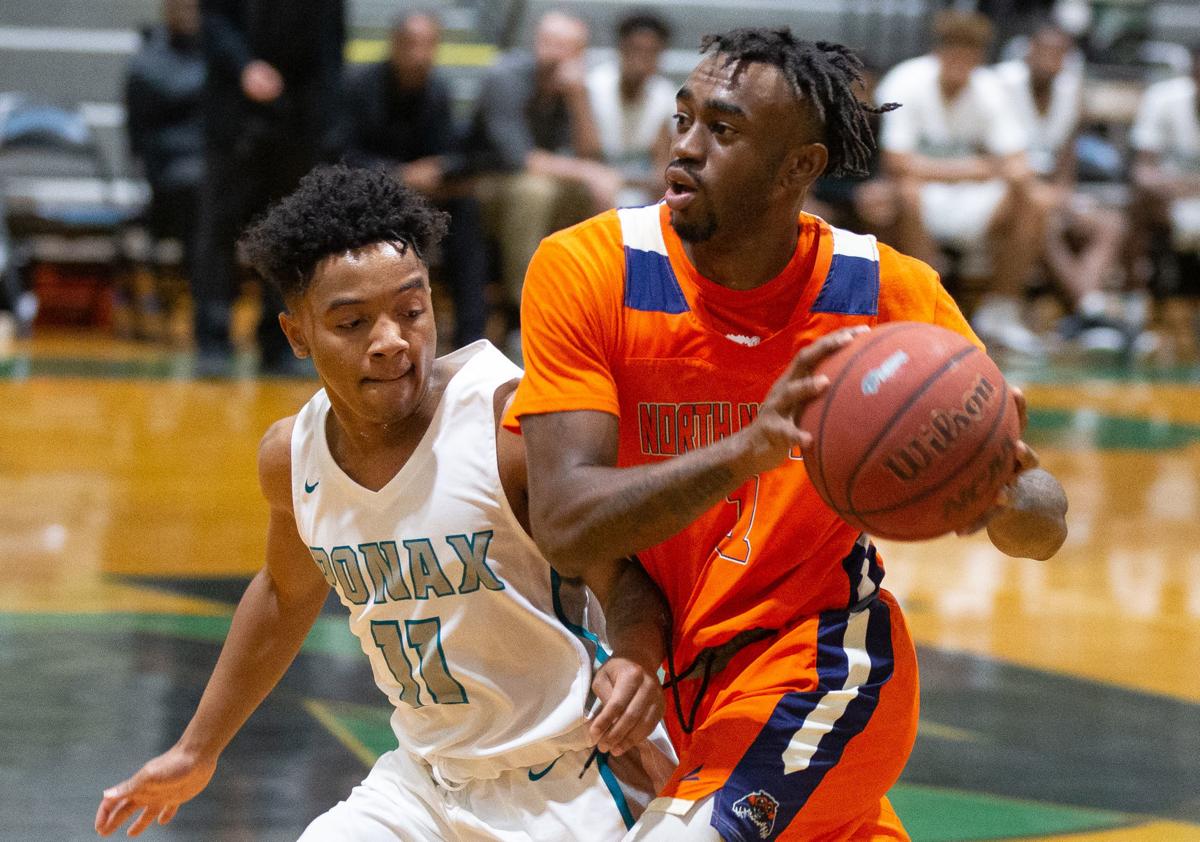 Javon Swinton dribbles while being guarded by Carlton Jacobs (11).

North Stafford’s Holt Egan drives to the basket as Massaponax defender Dorian Staples (10) tries to block his shot. Egan finished with 16 points in the Wolverines’ 64–57 victory.

Massaponax’ Arkese Claiborne shoots a jump shot during Tuesday’s game against North Stafford, Claiborne scored 15 points in a losing cause.

Javon Swinton dribbles while being guarded by Carlton Jacobs (11).

Javon Swinton did not pound Massaponax into submission with his initial salvo from long range Tuesday night. That came later in the fourth quarter with back-to-back uncontested baskets, including a fan-pleasing slam dunk.

The two-sport star finished with a game-high 26 points as North Stafford won its fifth game in a row, downing the host Panthers 64–57 Tuesday night.

With victories over Colonial Forge and Massaponax on back-to-back nights, the Wolverines have a firm grasp of first place in the Commonwealth at 7–3, 5–0. The Panthers dropped to 8–3, 3–1.

“I couldn’t be happier, but we kind of knew that one, they were going to make a run, and two, we were going to be a little tired,” Wolverine coach Steve Hibberd said. “For us to come on the road and beat probably the best two teams in the district, it doesn’t get much better for us.”

Swinton drilled his first three shots from 3-point range and Elisha Brown added another trey as North Stafford raced out to a 18–0 advantage. Massaponax eventually scored with 2:21 left in the first quarter. The Panthers aided their guests by committing eight turnovers in the period.

“They were going back-and-forth with token pressure and kept us off balance,” Panthers coach Darrin Berkley said. “They were quicker to the ball than us. We got stagnant a little bit and we took some quick bad shots.”

Five times Massaponax closed to within five points of the Wolverines, eventually cutting the deficit to three on Arkese Claiborne’s interception of an inbound pass and his layup basket with 1:32 remaining.

North Stafford’s Shawn Ashbury knew where to pass the ball in the tight situation, finding Swinton twice for field goals and converting a free throw of his own to open a 60–53 advantage with less than a minute remaining.

“It was definitely tiring, but we came in and knew how big this week was,” said Swinton, who needs nine points to break Chris Darnell’s school career scoring record on Friday when Riverbend visits North Stafford. “We came in focused on getting the job done.

“They were great passes,” he added concerning his late scores. “Shawn is a very dynamic player. We all do more than one thing. We [football players] have played only seven games, but we have been going hard every day in practice. We just look to keep going and keep the momentum up.”

Holt Egan also had a big hand in the win, contributing 16 points, seven rebounds, four assists and a pair of steals. The strong effort came despite the senior forward’s foul difficulty to start the second half.

Said Berkley: “[Egan] stays within his realm: he gets [his shots] up there quick; he can jump and he has pretty good hands; packing in on the boards.”

Facing Stafford in another home contest tonight, Berkley concluded: “We just have to get better: we’re not in dire straits. We knew [the Wolverines] were one of the better teams in the district, if not the most talented.”