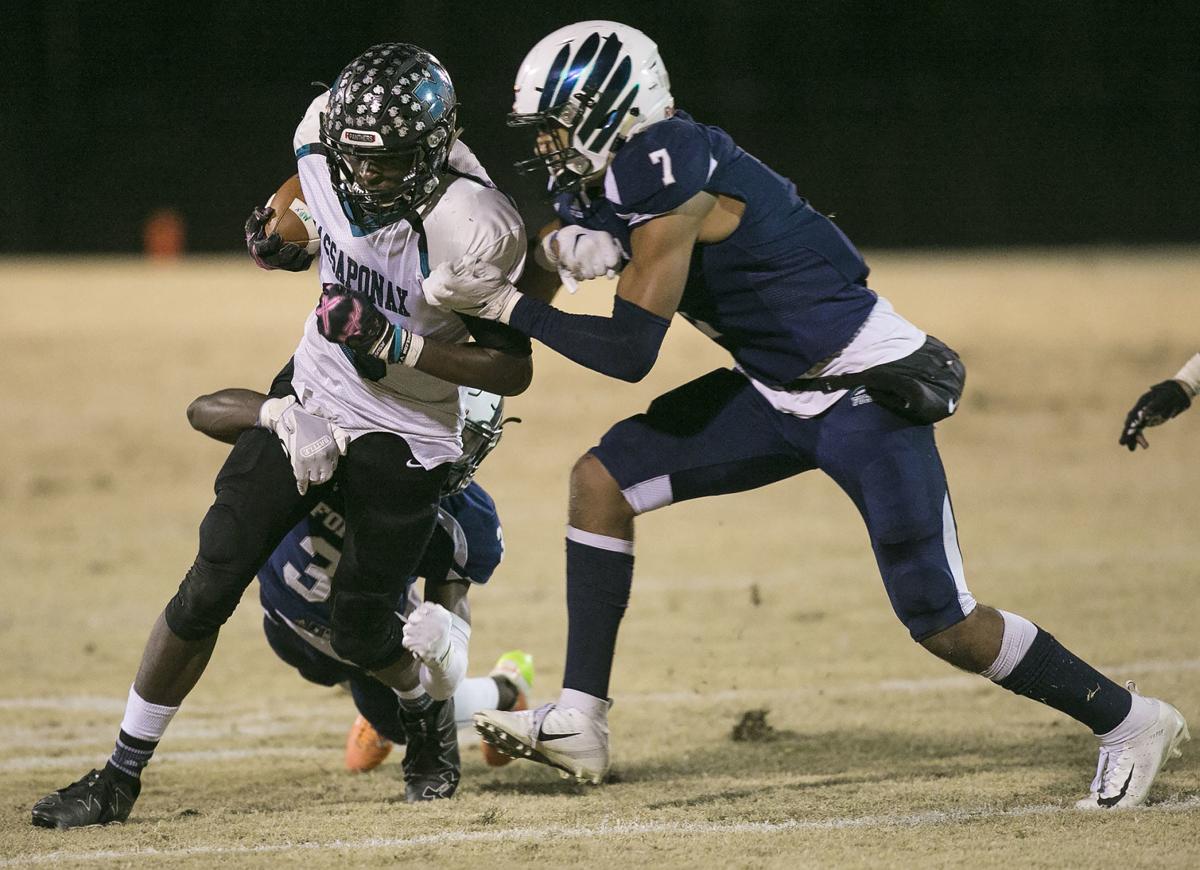 The Eagles’ Noel Innocent (3) and Elijah Sarratt combine to bring down Massaponax’s Jaiven Plummer during the Region 6B final on Nov. 29. Colonial Forge is counting on its defense to slow Oscar Smith. 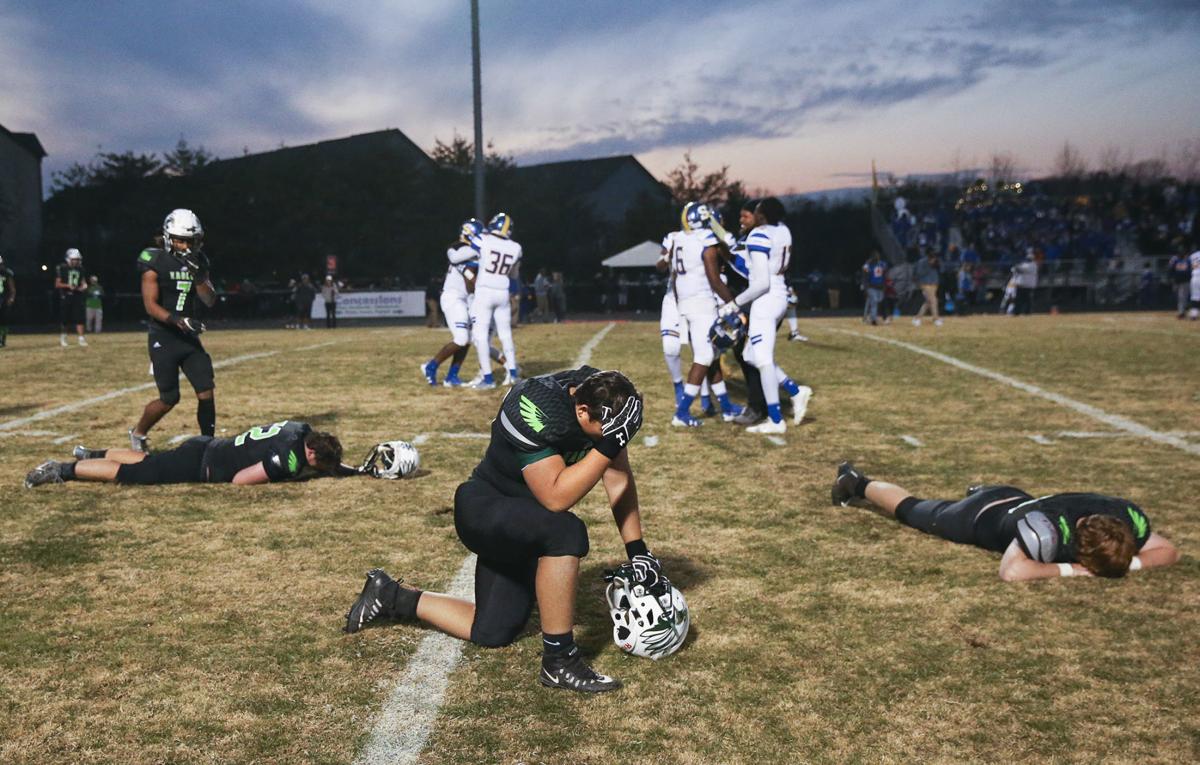 Colonial Forge has had its share of heartaches with Oscar Smith. In 2017, the Eagles were devastated by a 27–20 loss to the Tigers in the Class 6 final.

The Eagles’ Noel Innocent (3) and Elijah Sarratt combine to bring down Massaponax’s Jaiven Plummer during the Region 6B final on Nov. 29. Colonial Forge is counting on its defense to slow Oscar Smith.

Colonial Forge has had its share of heartaches with Oscar Smith. In 2017, the Eagles were devastated by a 27–20 loss to the Tigers in the Class 6 final.

When Colonial Forge faced the Tigers for the first time in the state playoffs, Andrew Brown, then the nation’s top-rated recruit, loomed at defensive tackle. Josh Sweat, a current member of the Philadelphia Eagles, crouched in a three-point stance right next to him.

The names have changed since that 2013 meeting. The bodies haven’t.

When the Eagles (11–2) travel to Chesapeake at 2 p.m. today with a berth in the Class 6 state championship game on the line, they’ll face a sizable, albeit familiar, challenge.

“I’d look at their offensive and defensive line every year, and they’ve always got big kids,” Brown said. “Athletic kids and a big defensive line. It’s the same type of kids.”

That’s not to say the Eagles are lightweights. Preparation for Saturday’s state semifinal began months ago, as Colonial Forge sought out nondistrict contests against powerhouses Highland Springs and Freedom–Woodbridge. They lost both games but gained invaluable experience.

“One of the best things we’ve done was to find those great teams and play them and get battle-tested going in [to the playoffs],” Brown said.

Saturday marks the teams’ fifth meeting, with Oscar Smith winning all four of the previous matchups. Tigers first-year coach Chris Scott might be new to the rivalry, but he’s aware of its significance within the state.

“Since I’ve been coaching, whoever won the region would end up matching with Smith or Colonial Forge eventually,” said Scott, who coached previously at Ocean Lakes.

Two series into the Tigers’ season opener against Highland Springs, Scott determined that sophomore quarterback Ethan Vasko was ready to lead his offense. Vasko, 15, has thrown for 2,786 yards and 41 touchdowns, adding seven more scores on the ground.

“It never appeared to me that he was shaken or rattled,” Scott said. “It was like, ‘This guy’s ready to go.’ And the guys saw that, too.”

Scoring could nonetheless be at a premium with two of the state’s top defenses at work. Colonial Forge has allowed just 11.6 points per game while posting three shutouts. The Tigers (12–1) have been even stingier when opponents have the ball, allowing an average of 7.8 points in 13 contests.

“They’ve been kind of known to have a defense that flies around and gets after it,” Scott said. “They rally to the ball really well. There’s not a lot of solo tackles. That’s pretty telling as to how the defense gets after it as a unit.”

“Nobody’s going to blow anyone out,” added Brown.

Recently history supports that statement. The teams’ matchups in 2016 and 2017 were decided by identical 27–20 scores, with Colonial Forge holding leads late into both games before fumbling them away. A untimely miscue by either team could prove fatal on Saturday.

“When you get into these late rounds, the margin for error is slim no matter who you’re playing. And it’s slim with them,” Brown said.

Brown insisted his team has no mental blocks surrounding Oscar Smith. Still, if the Eagles hope to reach the school’s first state championship game, they’ll likely have to tame the Tigers.

“It’s a big hurdle,” admitted Forge senior lineman Chase Harley. “But we’re going to be the team that does it. The team that’s finally able to get it done.”