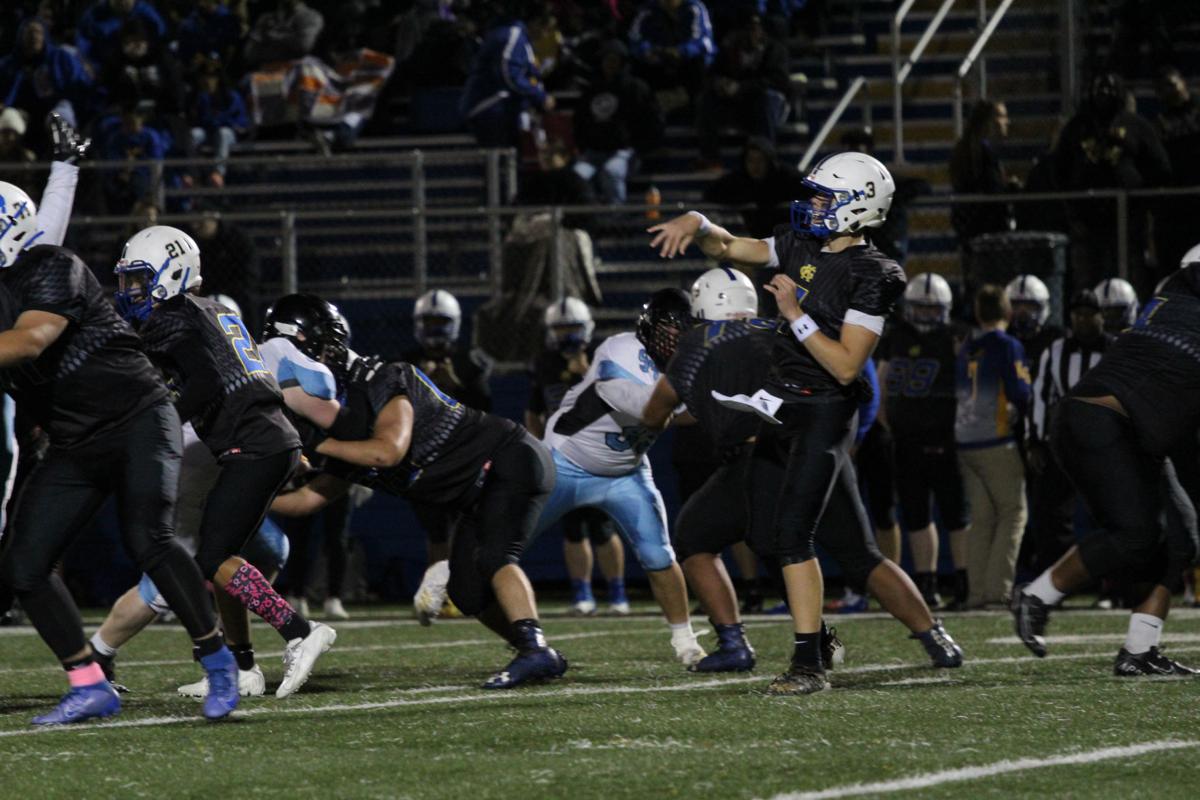 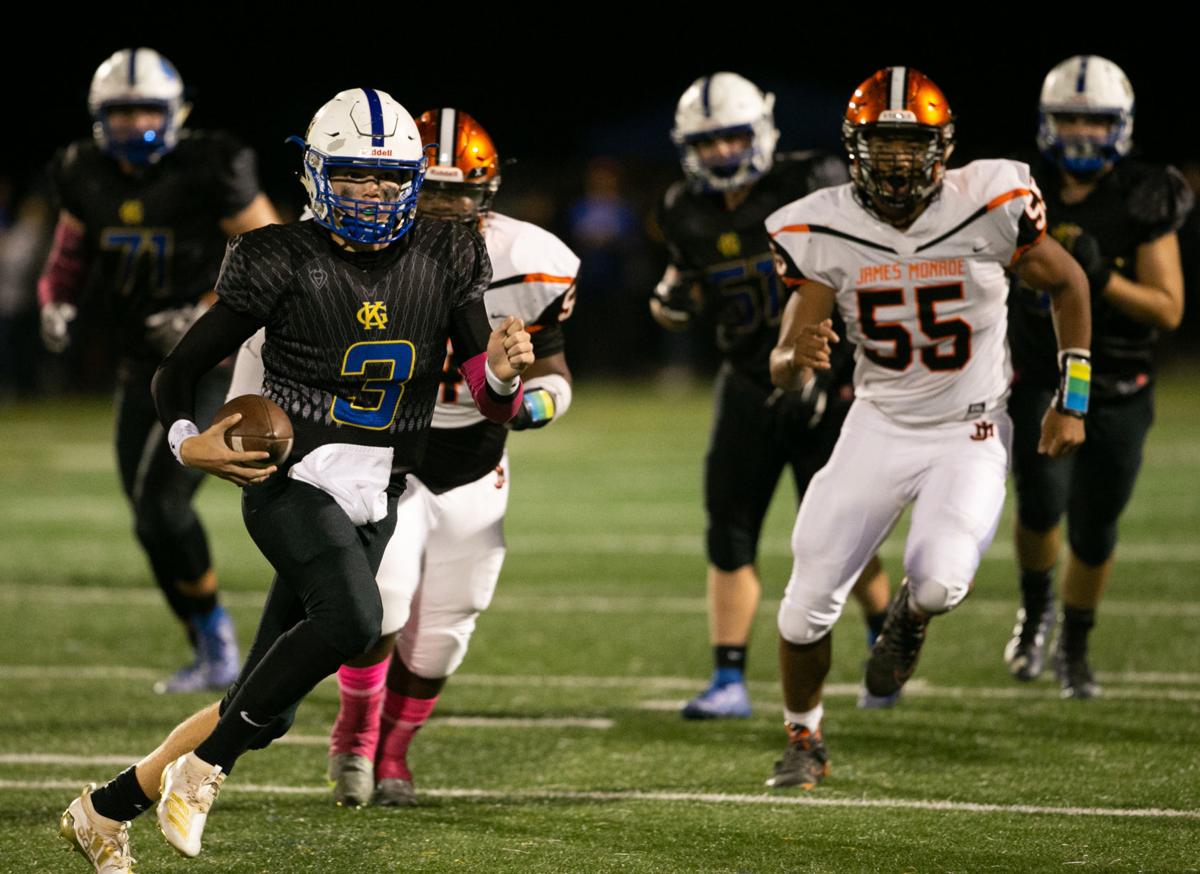 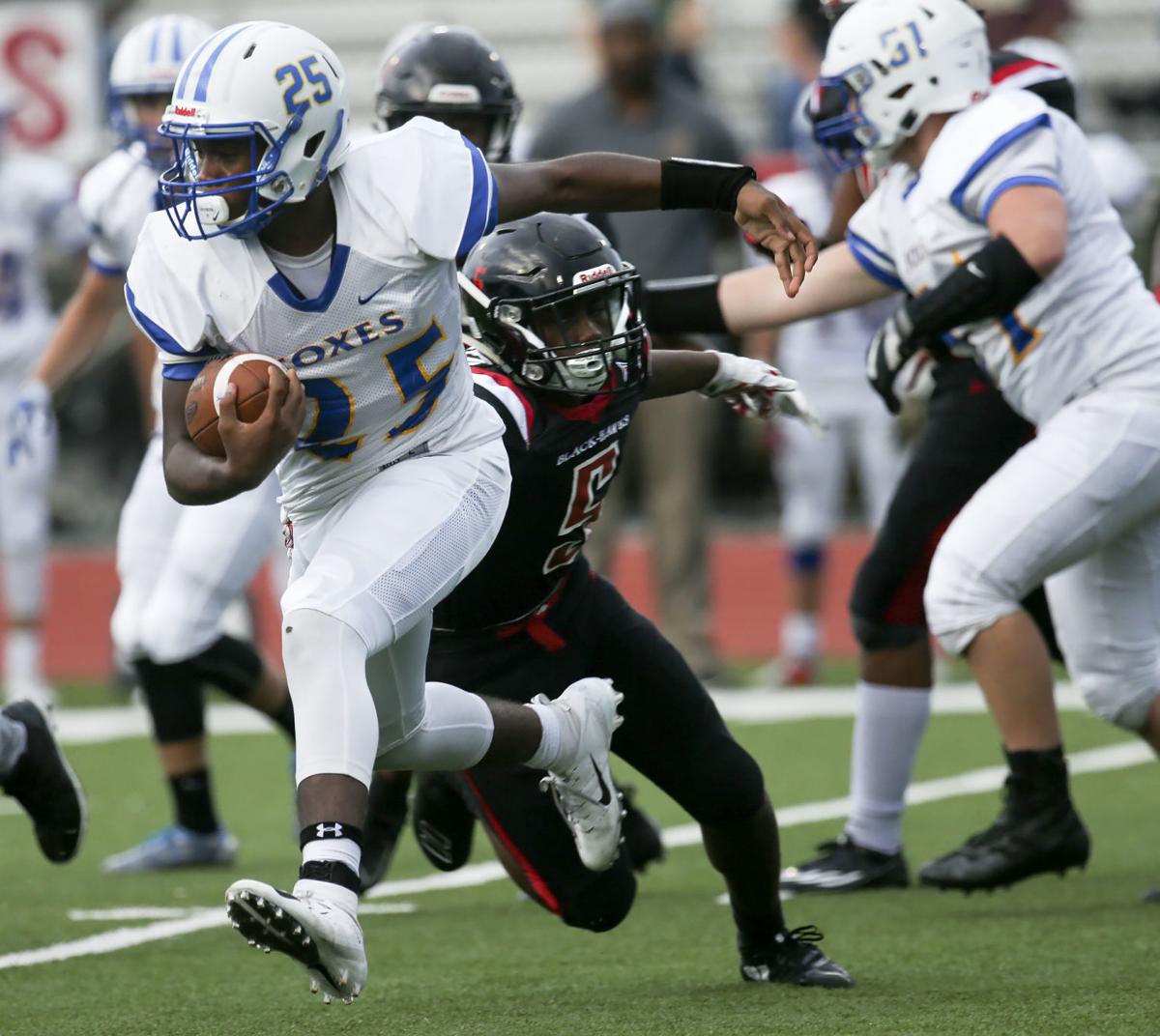 As a graduate of Spotsylvania High School, King George football coach Vern Lunsford keeps a watchful eye on the Knights throughout the season.

But in the regular season finale tonight, Lunsford and the Foxes will get an up-close look at the once-dormant program that has won 15 games in the past two years, including a 7–2 mark (4–1 Battlefield District) this season.

King George visits Spotsylvania with its Region 4B playoff hopes at stake.

The Foxes (5–4, 2–3) need to defeat the Knights and get some help to squeeze into the postseason for the first time since 2016.

“It’s a huge game for us and our season,” Lunsford said. “The guys are excited about the opportunity. It’s a really good Spotsylvania team. It’s going to be a good test, but our guys are ready to play.”

Lunsford and quarterback Charles Mutter said the Foxes are approaching this as a playoff game. The Foxes still have hopes after two straight victories following their second two-game losing streak of the season.

Half of the Foxes’ four defeats are by one point each.

The Foxes are currently 10th in the region. The top eight make the playoffs. Eighth-ranked Chancellor plays No. 3 Eastern View tonight, while ninth-ranked Powhatan and No. 7 Huguenot square off.

Spotsylvania is in good shape after it ended Eastern View’s 44-game regular season winning streak with an 18–14 victory last Friday.

The Knights are ranked fourth in the region. They are anchored by their offensive line and junior running back Ty–Shaun Colbert. Colbert is second in the Fredericksburg area in rushing with 1,305 yards and 20 touchdowns, trailing only Orange senior Jaylen Alexander.

Colbert also plays for a Spotsylvania defense that will be tested by the Foxes’ balanced attack. Junior running back Javon Campbell has rushed for 606 yards and eight touchdowns and has 18 catches for 354 yards and five scores.

“There’s no doubt about it: King George is a very dangerous opponent,” Jack said. “Mutter’s numbers are stacked right there with the best of them. They’ve got great athletes between Campbell, Whiting and the Cox kid. Their offensive and defensive lines have been committed to the weight room. They’re on a similar trajectory as us.”

Jack was concerned this week about the Knights basking in their win over Eastern View and having a hangover.

He allowed his team to enjoy what he called a “marquee win.” He cautioned his players they must quickly turn the page if they want to defeat the Foxes and enter the postseason riding “positive momentum.”

“We’ve got to keep our heads up. We can’t keep going off about one win,” Colbert said. “As a leader on this team, I have to make sure everybody’s focused on the game ahead.”

(All games 7 p.m. kickoff unless noted)

Each week members of the FLS sports team will vote on the top football teams in the area to form the FLS Power Poll. (First-place votes in parentheses)