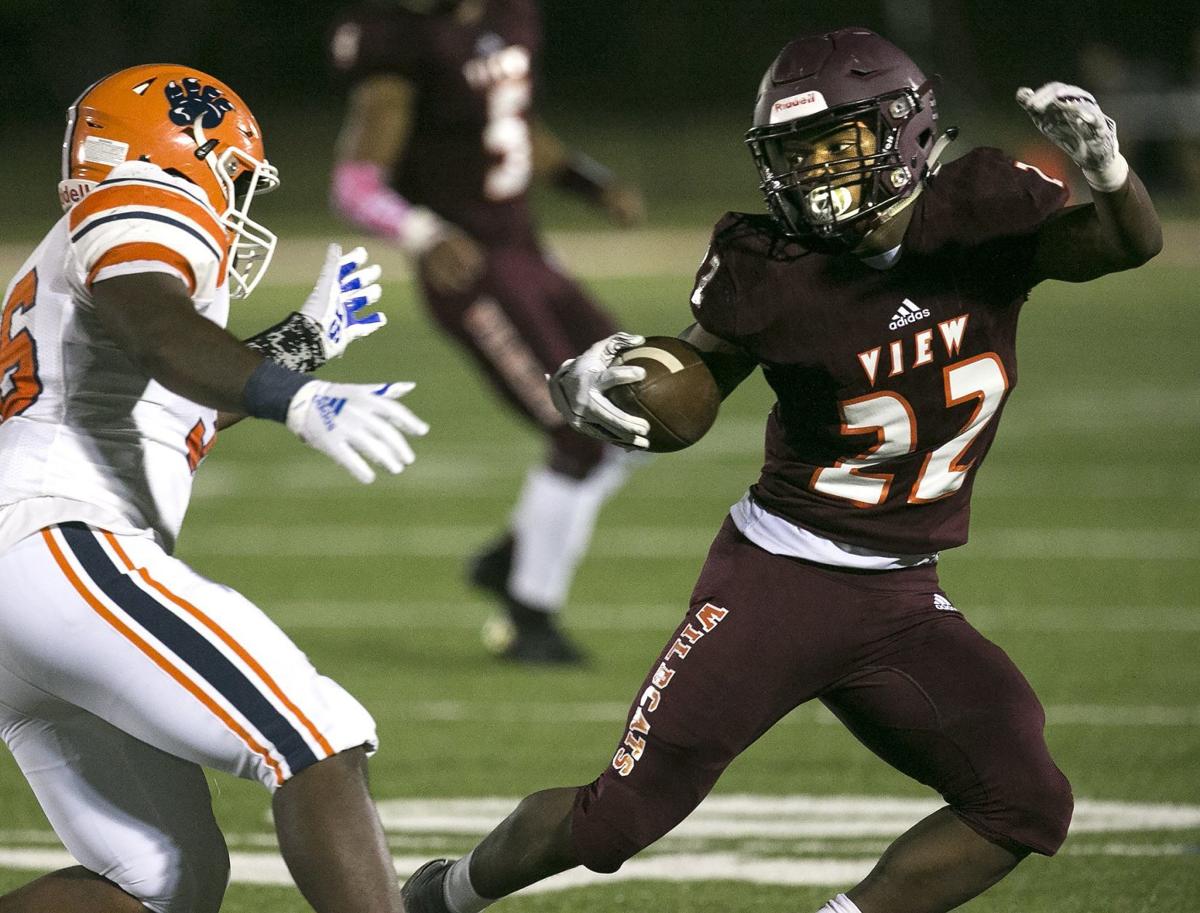 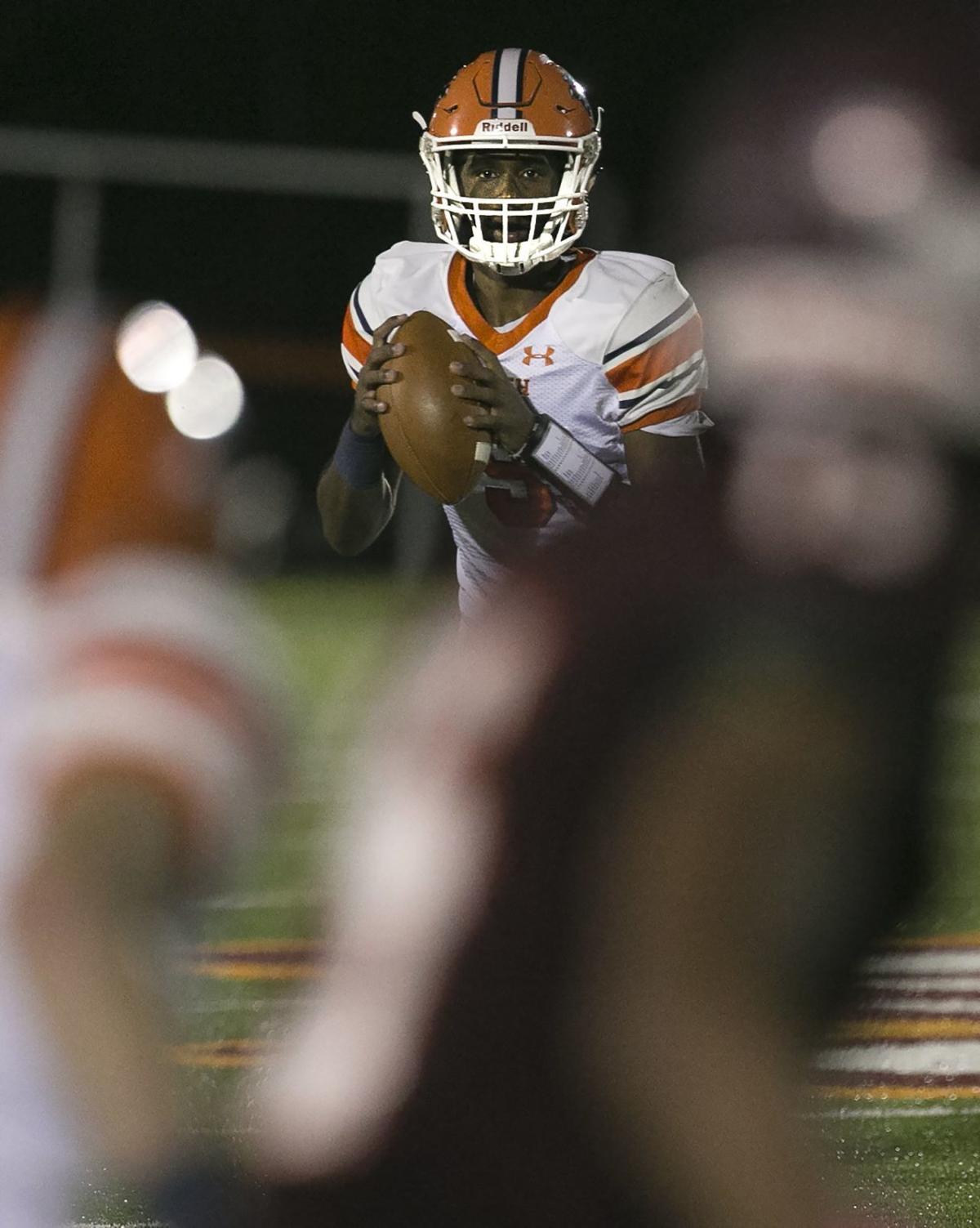 Jamir Boyd of North Stafford looks for an open receiver at Mountain View on Friday, Oct. 4, 2019. 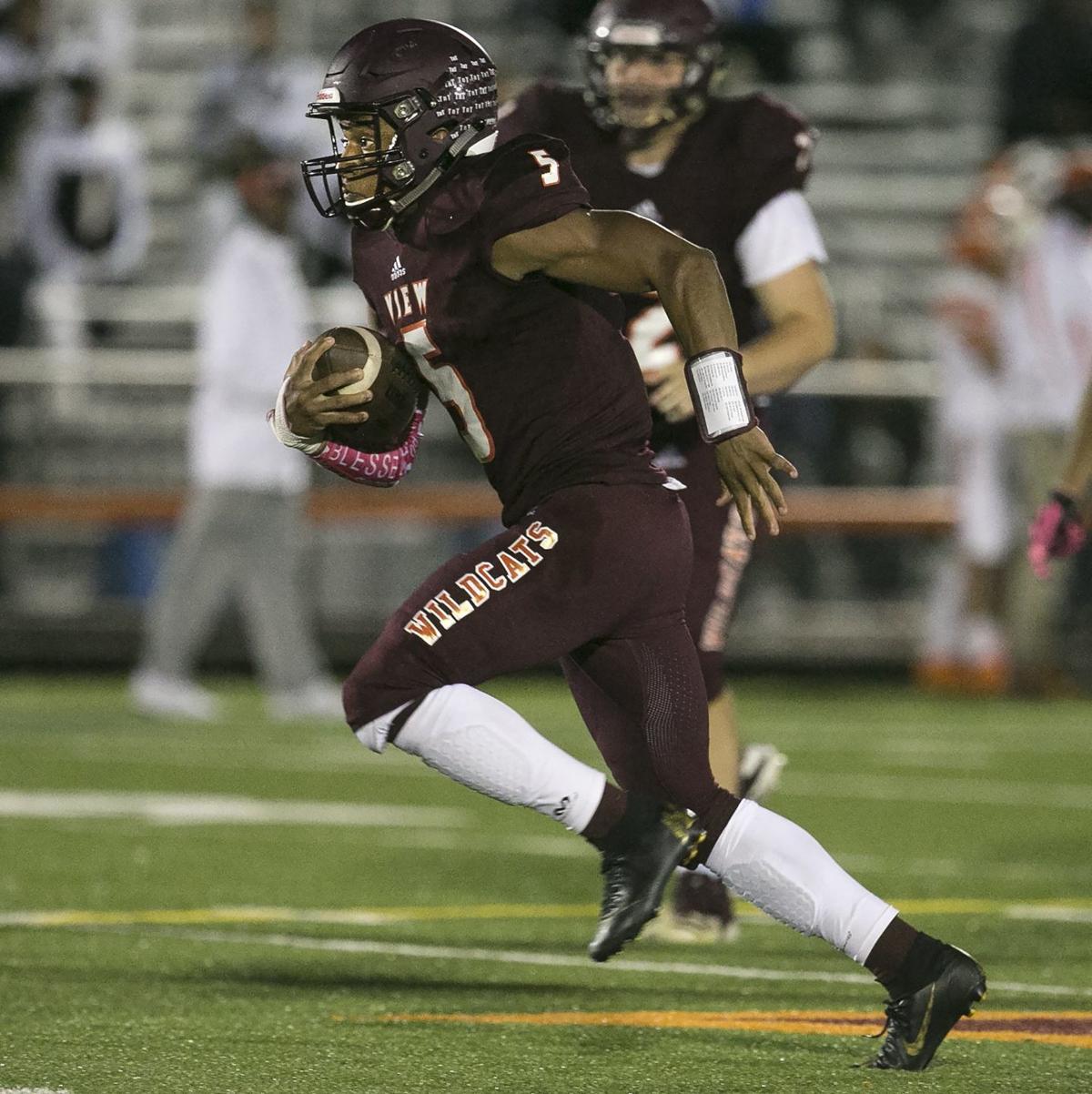 Mountain View quarterback Edward Ware picks up yardage on a keeper against North Stafford at Mountain View on Friday, Oct. 4, 2019. 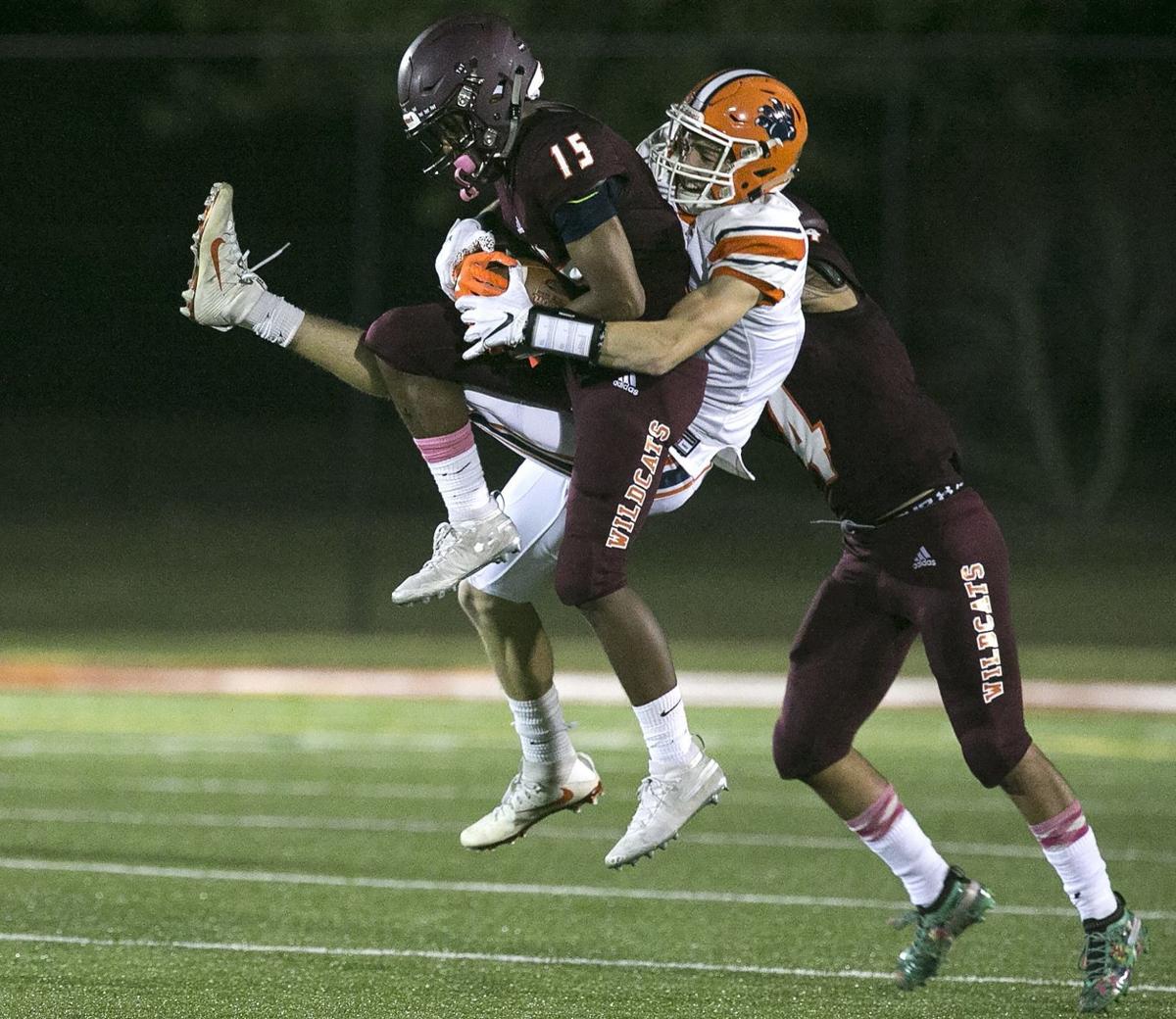 Jamir Boyd of North Stafford looks for an open receiver at Mountain View on Friday, Oct. 4, 2019.

Mountain View quarterback Edward Ware picks up yardage on a keeper against North Stafford at Mountain View on Friday, Oct. 4, 2019.

He saw North Stafford quarterback Jamir Boyd break the pocket, saw Boyd’s trébuchet of a right arm spring back for a downfield heave, and, finally, saw the floating football outlined against a starless sky.

“It came right to me,” the Mountain View senior said.

Thomas’ fourth-quarter interception sealed the Wildcats’ 34–26 win Friday night over a Wolverines squad that roared back from a three-touchdown deficit despite missing All-Area receiver Javon Swinton.

North Stafford first-year coach Neil Sullivan refused to comment on Swinton’s absence other than to confirm he’ll be back next week.

Shifty Mountain View freshman Ike Daniels returned the opening kickoff to midfield. Facing a third and 7, Thomas slipped behind his defender with a double move and quarterback Edward Ware lofted a pinpoint pass over his shoulder for a 47-yard completion. On the next play, Mark Shelton rumbled into the end zone from 2 yards out to make it 7–0.

Daniels bowled over a would-be tackler at the end of a 25-yard catch-and run, and Darius Crouch made a contested catch at the right pylon as Mountain View extended its lead to 21–0 after one quarter.

Meanwhile, the Wildcats’ defensive line, led by senior Adin Huntington, refused to allow Boyd to set his feet. Which, in retrospect, wasn’t a dealbreaker for the reigning Free Lance–Star player of the year.

Boyd tossed three touchdown passes on the night, none prettier than a backpedaling bullet to Holt Egan that cut North’s deficit to 21–20 with 7:54 left in the third quarter. Egan finished with four catches for 105 yards.

“We went into halftime and settled down and realized we’d let them off the hook a little bit,” Mountain View coach Lou Sorrentino said. “A game we thought ‘Man, we’re really going to be in control.’ ”

But the Wildcats, undone by turnovers and untimely penalties alike, just couldn’t put the game away. Boyd’s 7-yard touchdown pass to Tevin White made it 34–26 with 2:20 left, but Thomas corralled the ensuing onside attempt.

“I grew up with some of the kids from North,” Thomas said. “I hang out with them all the time. It felt really good beating them because we all talk.”

For the time being, however, the Wildcats (6–0) will dominate the conversation in Region 5D. Sorrentino viewed Friday as Mountain View’s mid-term exam—one that wouldn’t be graded on a curve. North Stafford (3–2) will look to make corrections before hosting Stafford next week.

“There’s always a final—this was not the final,” said Sorrentino, whose team hosts Colonial Forge next Friday. “It’s usually pretty hard. It was. But we found out where we were at a little bit.”