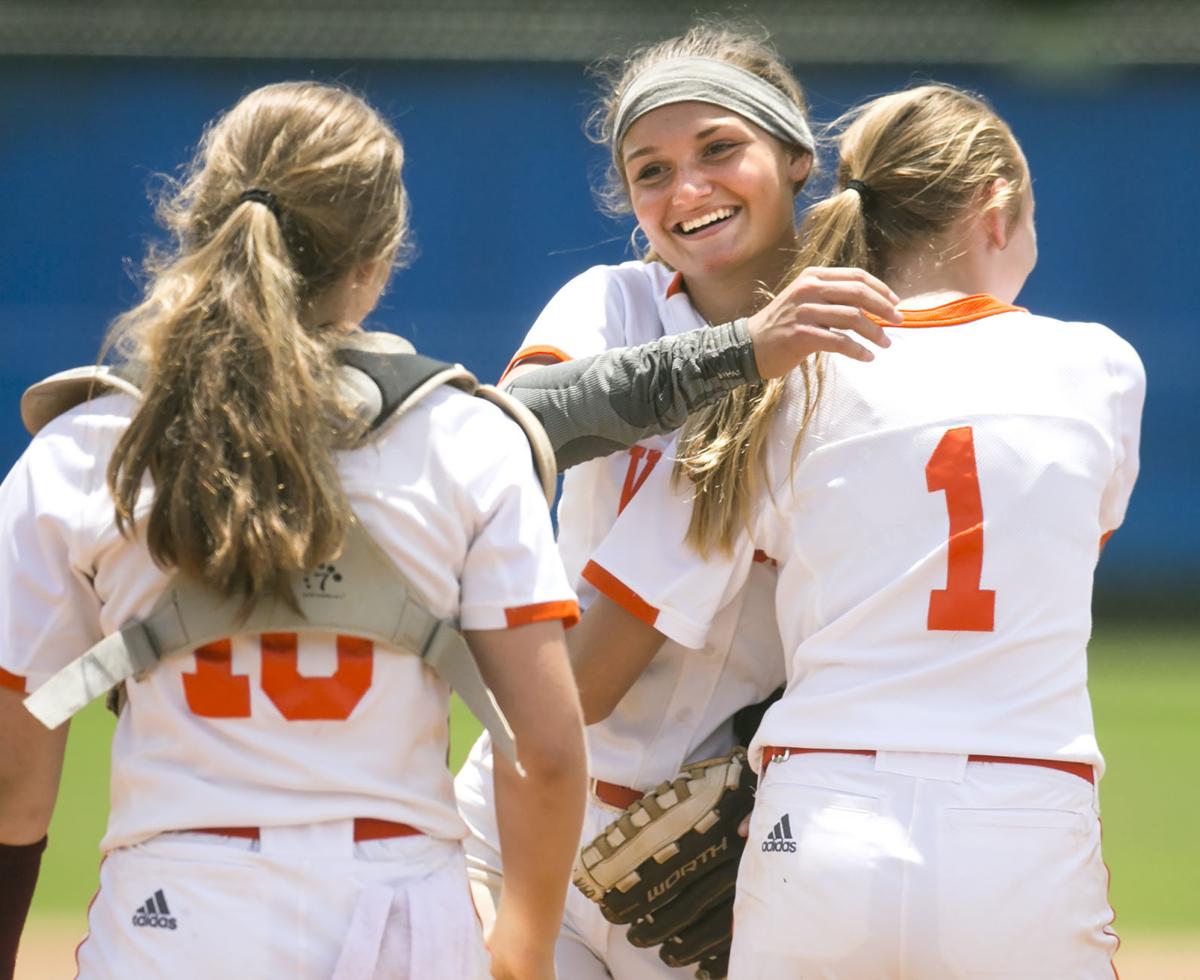 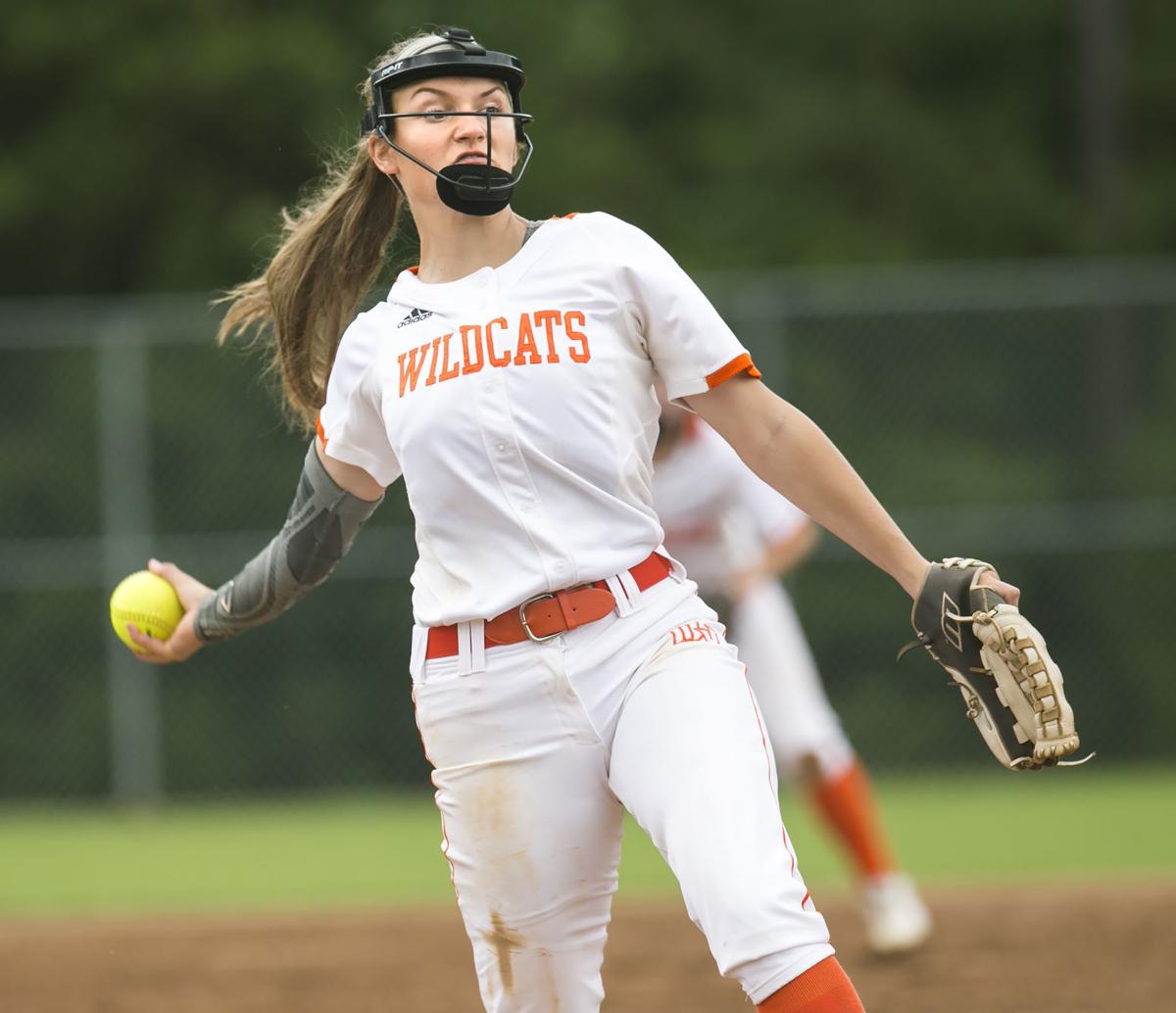 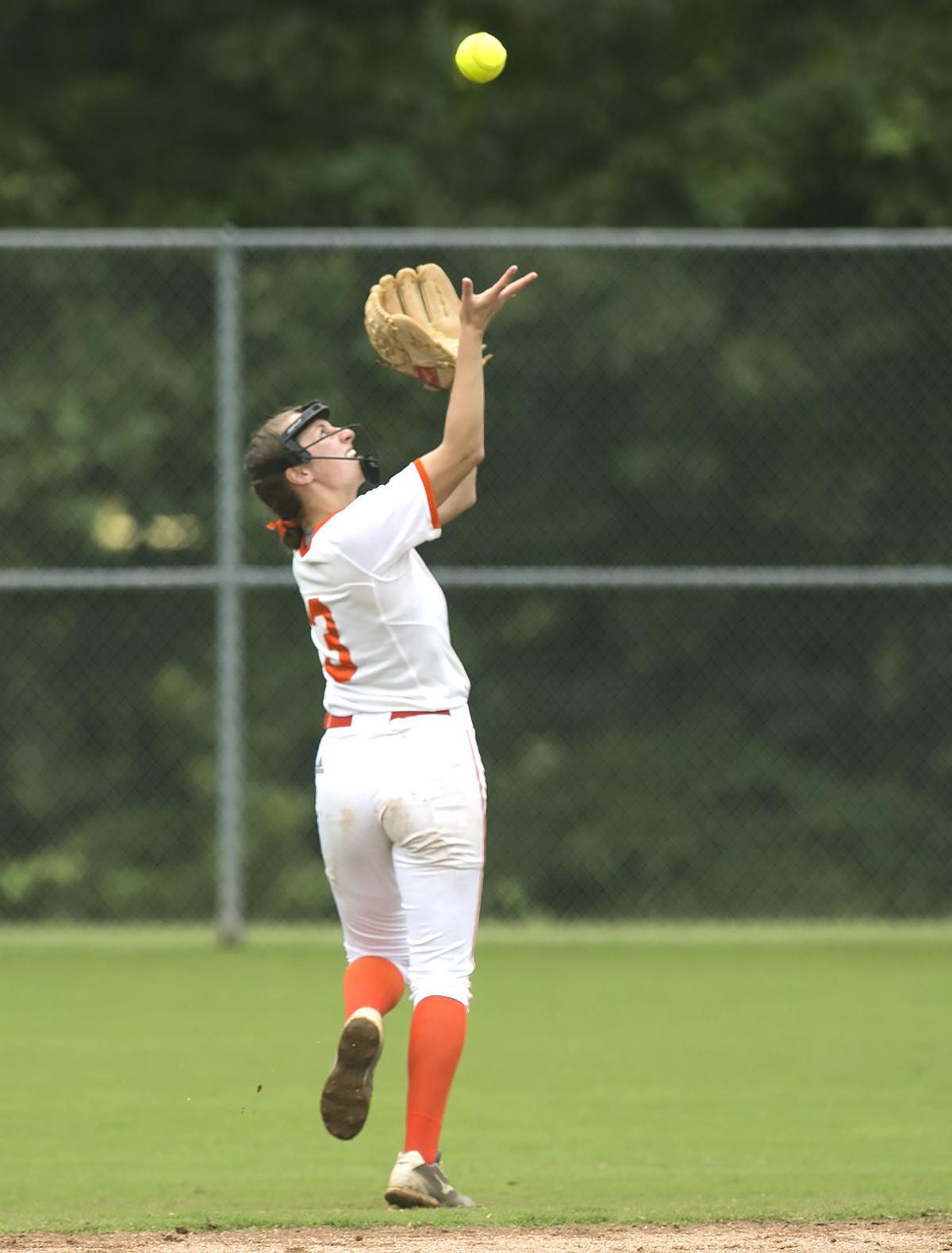 GLEN ALLEN—A sequence in the top of the fourth inning of the Class 5 state softball semifinals summed up why this has been such a special season for Mountain View.

Kantor mishandled both seemingly routine plays as they glanced off her glove.

But shortstop Caroline Pollock and second baseman Layne Fritz backed her up to get the runner out at first each time.

Mountain View went on to add three runs in the bottom of the frame as it emerged with a 4–2 victory Thursday afternoon at RF&P Park to set up its first-ever trip to the state championship game.

“They never stop playing,” Mountain View head coach Brianna Worley said of her players. “Even though that looks like it’s going right in her glove and be an easy out, it’s always ‘Let’s finish it. Let’s follow it. Let’s have her back.’ That’s what it’s been about on defense—having Jessie’s back.”

Mountain View led 1–0 after Annalise Pudimott’s RBI groundout scored Pollock in the first inning. The score remained that way until the bottom of the fourth.

Teagan Levesque and Kayla Gayle led off the frame with consecutive singles. Fritz followed with an RBI single. After Felicia Preston was given a free pass to first, No. 9 hitter Caleigh Eberhart delivered a two-run double to give Kantor and the Wildcats a 4–0 advantage.

Kantor said after the big inning “we had room to work with … I knew we were good.”

“Before the inning started I was like, ‘I should hit a home run,’” Eberhart said with a laugh. “That didn’t happen, but it was a good outcome. I was like, ‘I have to get these runs in.’”

The added insurance proved pivotal as Mills Godwin’s bats finally woke up in the top of the sixth.

Sydney Shaffer delivered an RBI double and Rhiannon Jones knocked home a run on a sacrifice fly. However, Kantor got out of the jam when she forced Amelia Clyde to pop out to catcher Annaliese Franklin to end the threat.

Worley made a trip to the mound earlier in the frame to calm down Kantor and the defense after three straight batters reached base.

“I think at that point it’s just reminding them to slow the game down a little bit,” Worley said. “[I] just wanted to give them a second to breathe, a second to catch back up and understand that we’ve got four runs on the board … I told them to take a deep breath. We all breathed out together and said ‘Let’s go.’”

The Wildcats were unable to add a run in the bottom of the sixth, so they were nursing their 4–2 advantage in the top of the seventh.

Still, there was no need to fret.

“One of the greatest feelings of my life,” Worley said of the final out. “I don’t know how to describe it. I was shaking just as much as [the players] were … It’s just an amazing feeling.”

The Wildcats hugged, laughed and smiled as they now prepare to take on Stone Bridge. No Fredericksburg-area softball program has won a state title since Orange captured back-to-back Group AA crowns in 1998 and ’99.

The last time a school from Stafford County won a title was 1982 when Stafford High defeated Lee-Davis 2–0 to take home the AAA championship. Brooke Point made an appearance in the 2018 Class 5 title game but fell to Prince George 11–4.

“We just have to do the same thing we had to do today,” Worley said. “We have to hit. We have to play defense and our pitcher has to stay solid. Just play our game.”