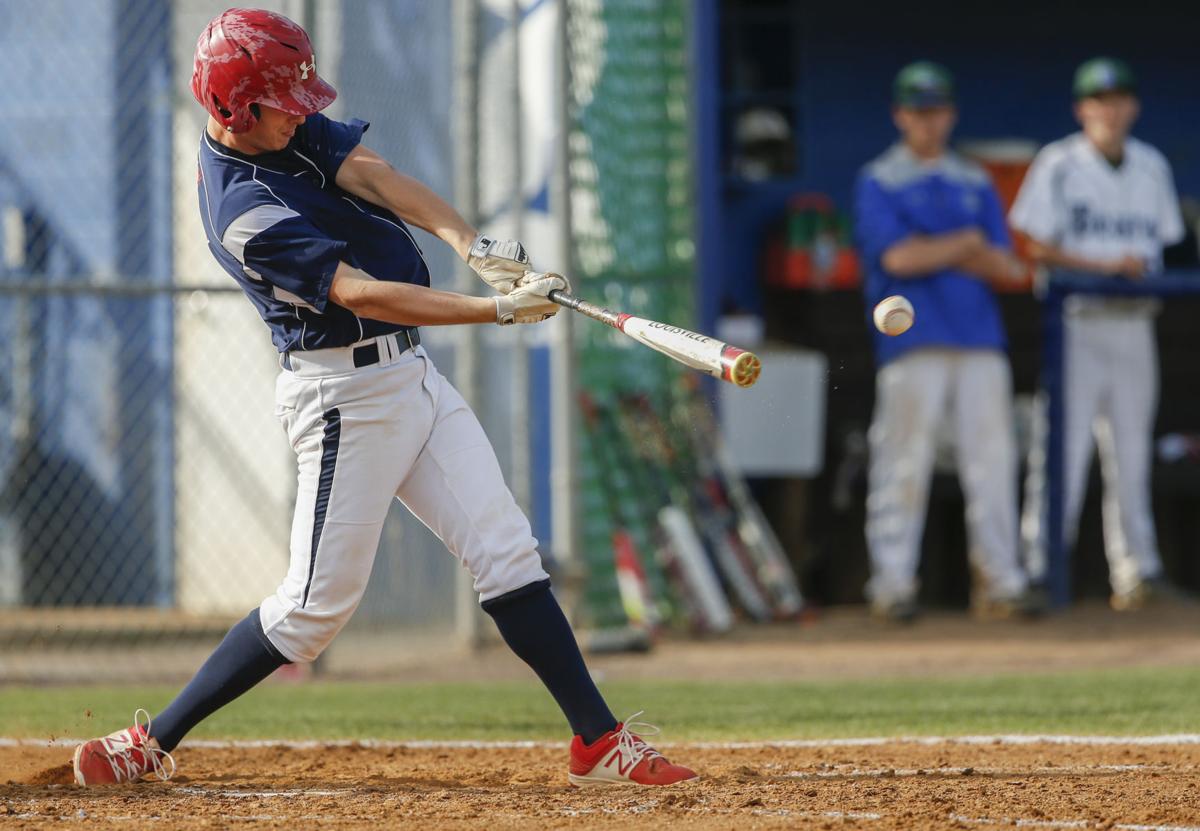 Kaleb Stowe, the son of 1990s-era Chancellor standout Chris Stowe, is batting .361 with nine RBIs for the Knights. 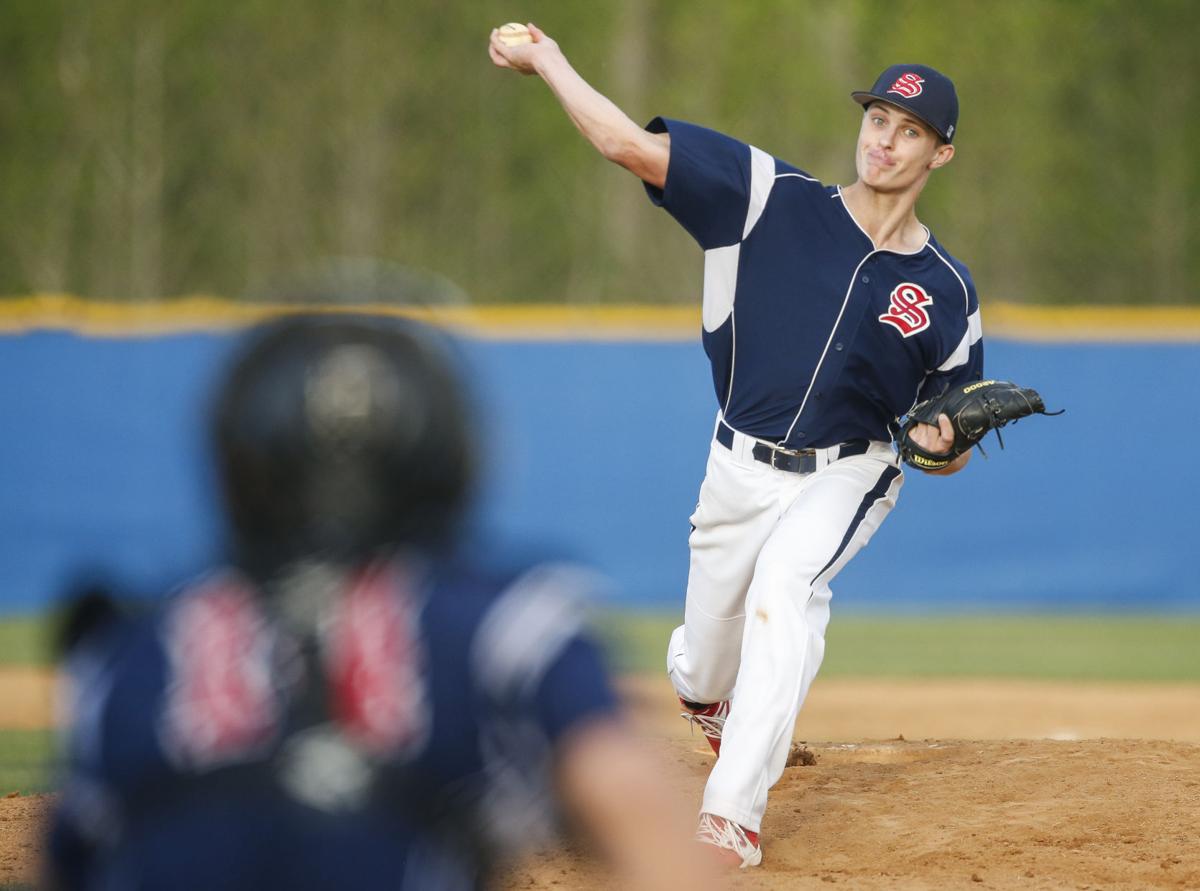 Eugene Snyder has struggled with injuries but is contributing to the Knights on both the mound and at the plate, where he’s batting .278 with five RBIs. 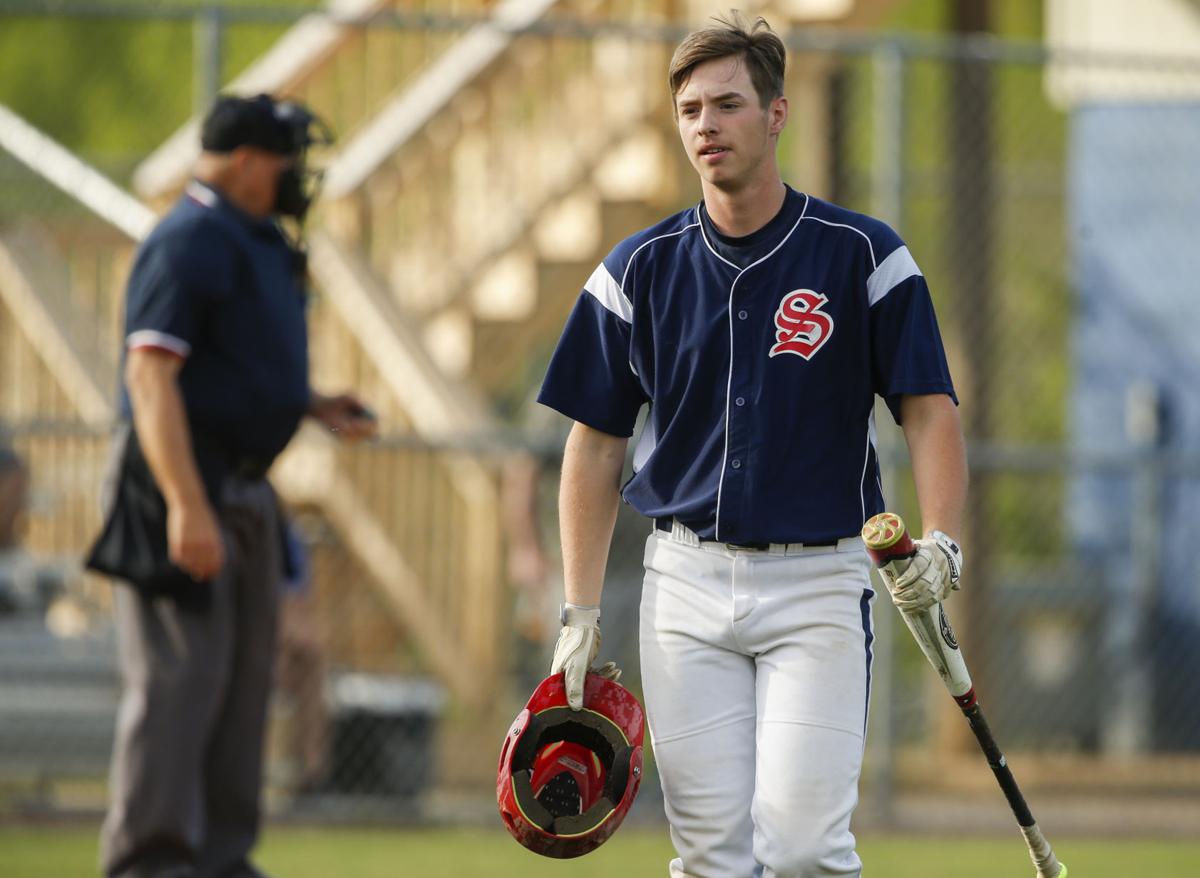 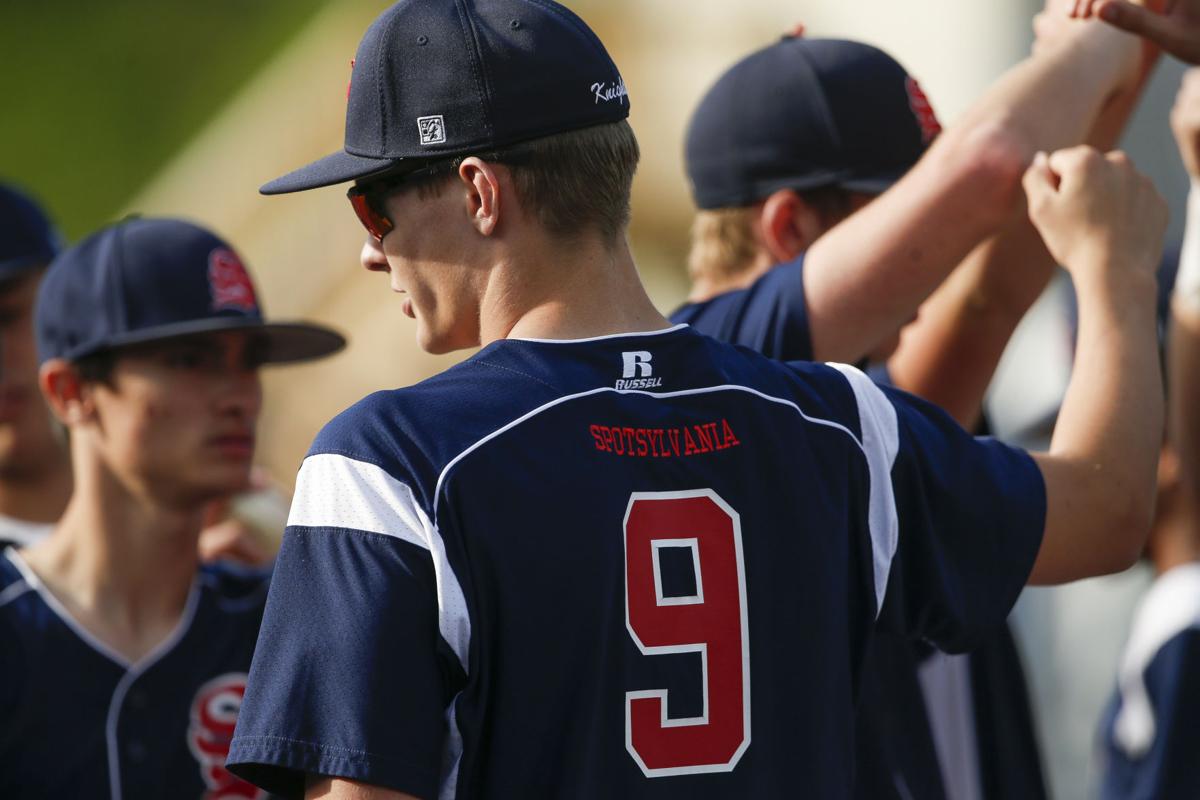 Eugene Snyder has taken the points made to him by his dad, former Courtland pitcher John Snyder, to Spotsylvania.

Kaleb Stowe, the son of 1990s-era Chancellor standout Chris Stowe, is batting .361 with nine RBIs for the Knights.

Eugene Snyder has struggled with injuries but is contributing to the Knights on both the mound and at the plate, where he’s batting .278 with five RBIs.

Eugene Snyder has taken the points made to him by his dad, former Courtland pitcher John Snyder, to Spotsylvania.

When Chris Stowe was a freshman baseball standout at Chancellor High School, he had no desire to take a backseat to anyone.

Stowe was determined to make his mark even though just a few miles away there was a polished, dominant upperclassman.

Stowe’s brashness led to what he called a “healthy rivalry” with Courtland’s John Snyder.

“I was coming up as the guy and he was already the guy,” Stowe said. “I wanted what he had and he was the same way.”

Snyder went on to lead Courtland to the Group AA state championship in 1995, setting several school records in pitching and hitting along the way.

Stowe graduated from Chancellor in 1997 and was drafted in the first round, 37th overall, by the Montreal Expos, who are now the Washington Nationals.

While Snyder and Stowe had a somewhat icy relationship in high school, it hasn’t trickled down to their sons.

Kaleb Stowe is a senior pitcher who also plays shortstop and right field for Spotsylvania. Eugene Snyder is a pitcher and third baseman for the Knights.

They’re close friends and a key reason why Spotsylvania (5–5) has high hopes of making a deep run in Conference 28 and the 3A–East Region this spring.

“My dad used to always tell me about him and John,” Kaleb Stowe said. “They were the best two in the area. Everybody came out to watch those games. Everybody got excited. I don’t know who won which games but it was always a fight.”

Snyder has been an assistant coach for Spotsylvania the past three years. Stowe owns Pinnacle Baseball Academy, a Fredericksburg business dedicated to the development of youth baseball players.

Stowe said his contentiousness with Snyder ended a travel baseball game three or four years ago.

“We walked up, shook hands and we talked about it, but there were no ill feelings left over,” Stowe said. “He was a competitor and so was I.”

Stowe and Snyder now have a common goal. They want to see their sons succeed for the Knights.

Kaleb said he’s confident Spotsylvania will win its conference. He said he doesn’t see a ceiling for the senior-laden squad. He noted that they had two competitive losses in 2016 with William Monroe who went on to finish as the 3A state runner-up.

Kaleb and Eugene have been friends since they played travel ball together as 10-year-olds. Friendships with Eugene and others influenced Kaleb to transfer from Chancellor to Spotsylvania after his sophomore year.

“We hang out, go fishing and stuff like that,” Eugene said.

Kaleb and Eugene have learned about baseball and life from their fathers.

Eugene said his father has taught him how to “throw strikes and pound the zone.” Eugene watched Courtland’s ’95 state title game victory over Brookville in its entirety. His father pitched a complete game in the Cougars’ 3–0 triumph.

“As a senior I went out there and I was going for it,” Snyder said. “I wasn’t holding anything back. That’s the way I always played. I didn’t hold back anything.”

Chris Stowe, who didn’t lose a game as a junior or senior at Chancellor, agreed to a $500,000 signing bonus after he was drafted by the Montreal Expos. He played with the Gulf Coast League Expos for one season. The following year he was set to go to Class-A Fayetteville (N.C.), but his career was derailed by an elbow injury.

Stowe said the injury didn’t require surgery but after a strenuous rehabilitation process, his arm strength failed to return. He never pitched again.

Stowe said he has no lingering regrets about his career. However, he said if he could do it all over again, he would’ve chosen to attend college instead of turning pro out of high school. That’s why he instills education first in Kaleb and the players he coaches and mentors at Pinnacle.

Kaleb, who has a 4.2 grade-point average, is headed to Division II Charleston (W.Va.) University. Stowe said Charleston likes his son’s upside. He said Kaleb is a “late bloomer” who recently hit 89 mph with his fastball.

“He’s done things right and taken care of business in the classroom,” Stowe said. “And for that I think he will be further ahead in life than I was at 22 or 23.”

Stowe said Pinnacle’s Class of 2017, the first group he’s seen through since they were freshmen, will all head to college.

Eugene still has one year remaining at Spotsylvania. But first he and Kaleb want to accomplish together what Snyder achieved at Courtland.

“That was the pride of my career,” Snyder said. “We were a tight group of kids that played together from Little League all the way through. We tell them all the time, ‘You might not be the best team on the field, but the one that plays as a team and does everything right is going to win ball games.’ ”