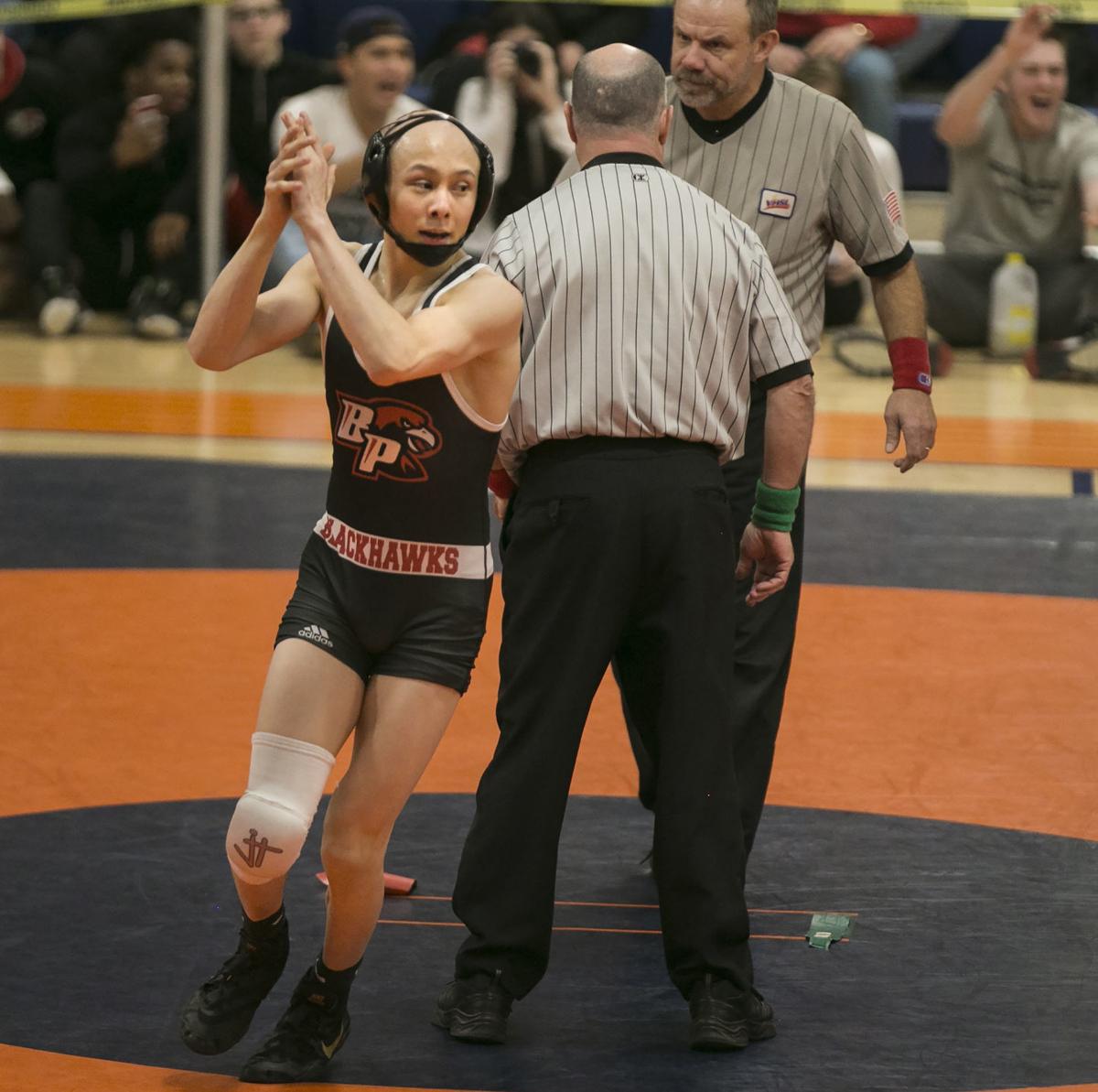 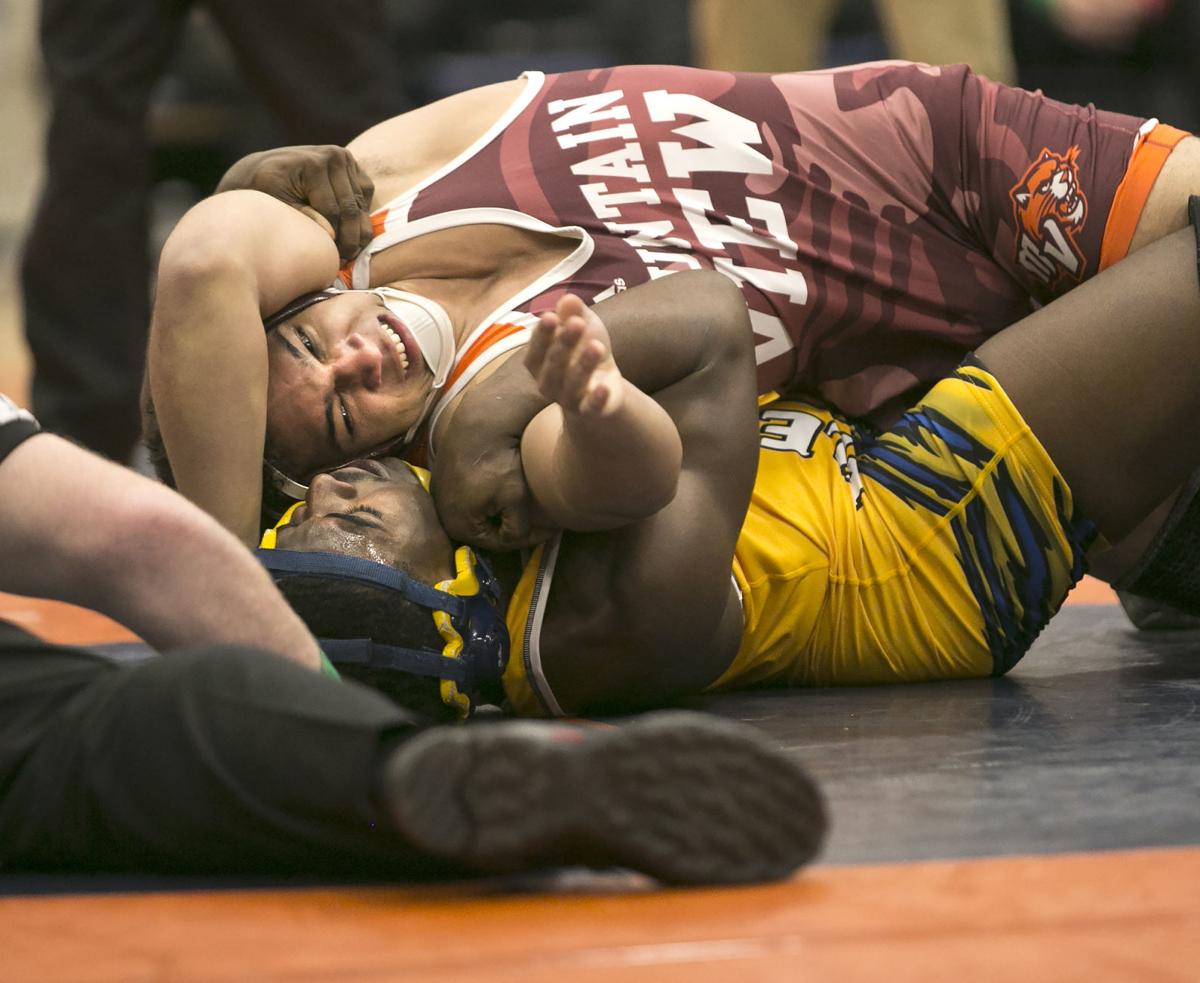 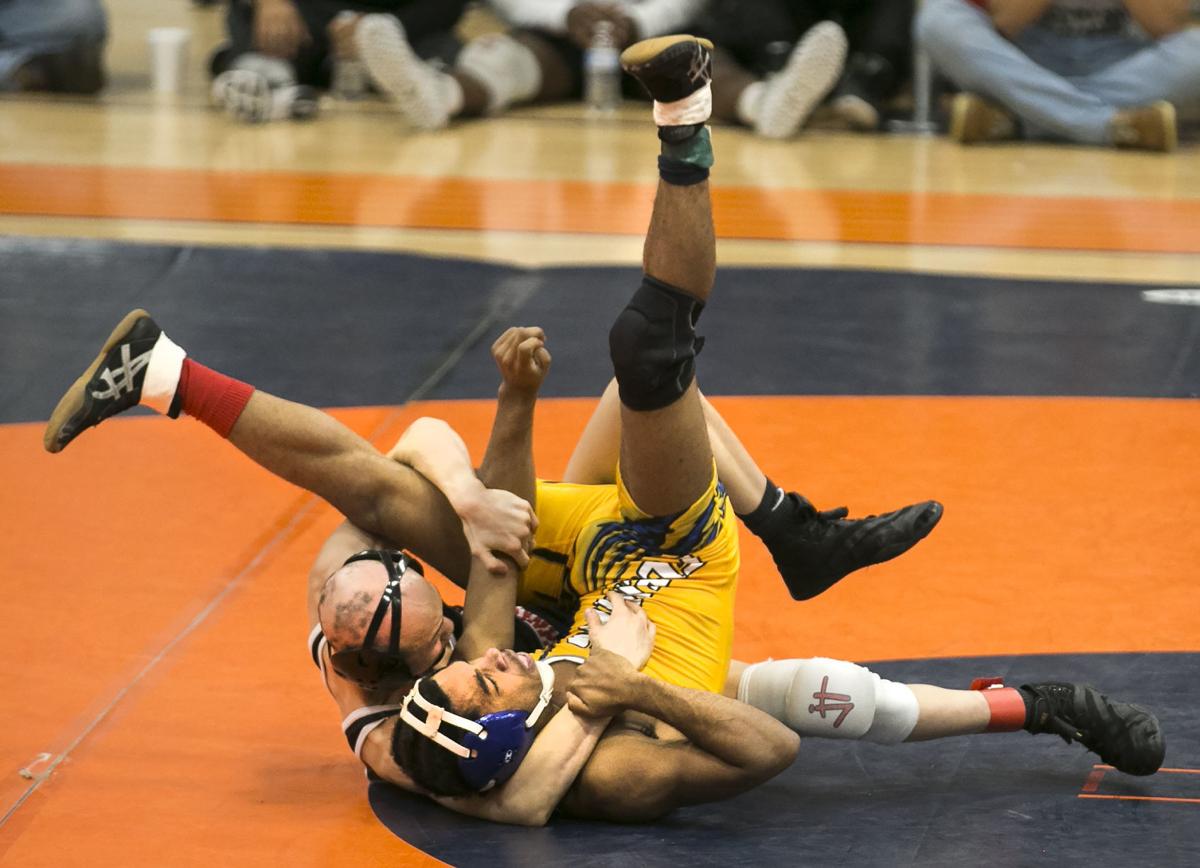 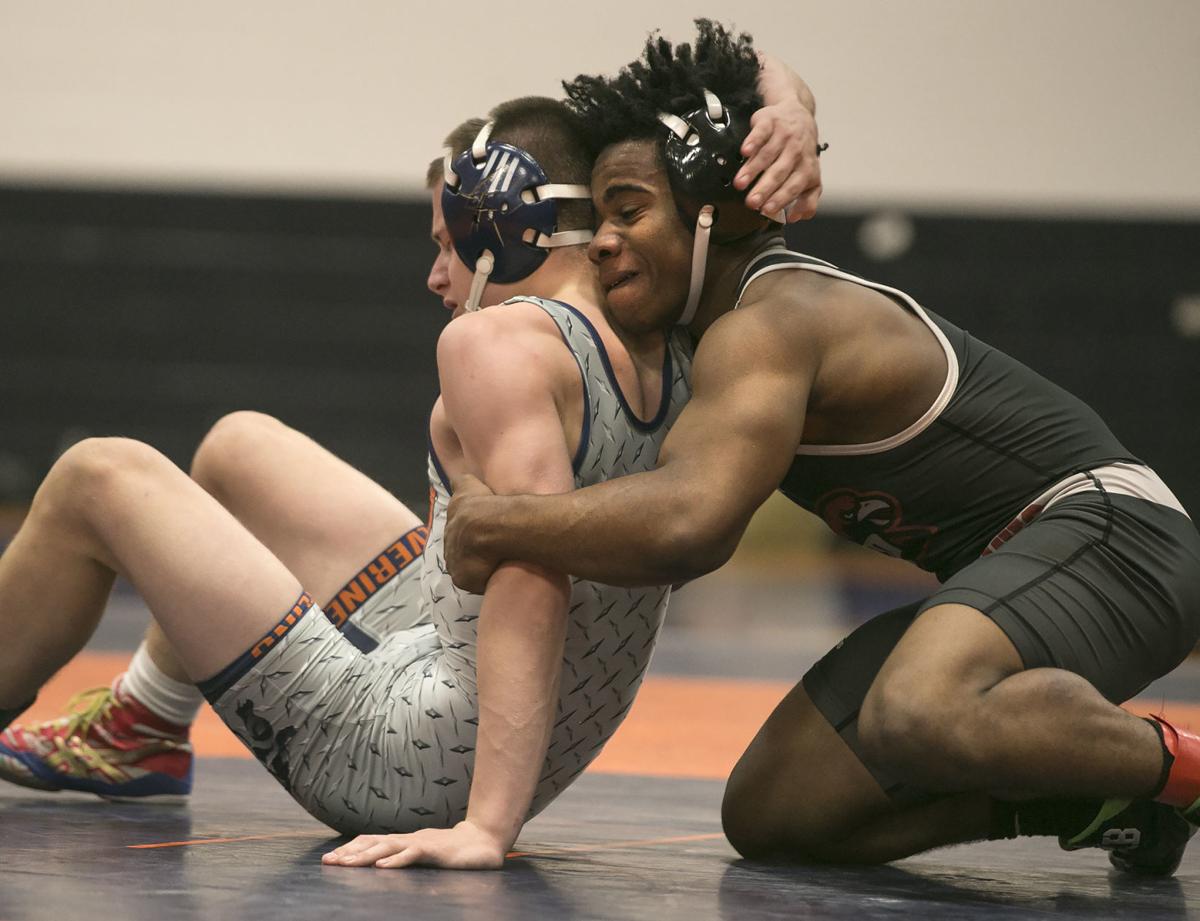 The Black–Hawks’ Travis Harris (right) competes with the Wolverines’ Kyle Deguzman in their 138-pound final. 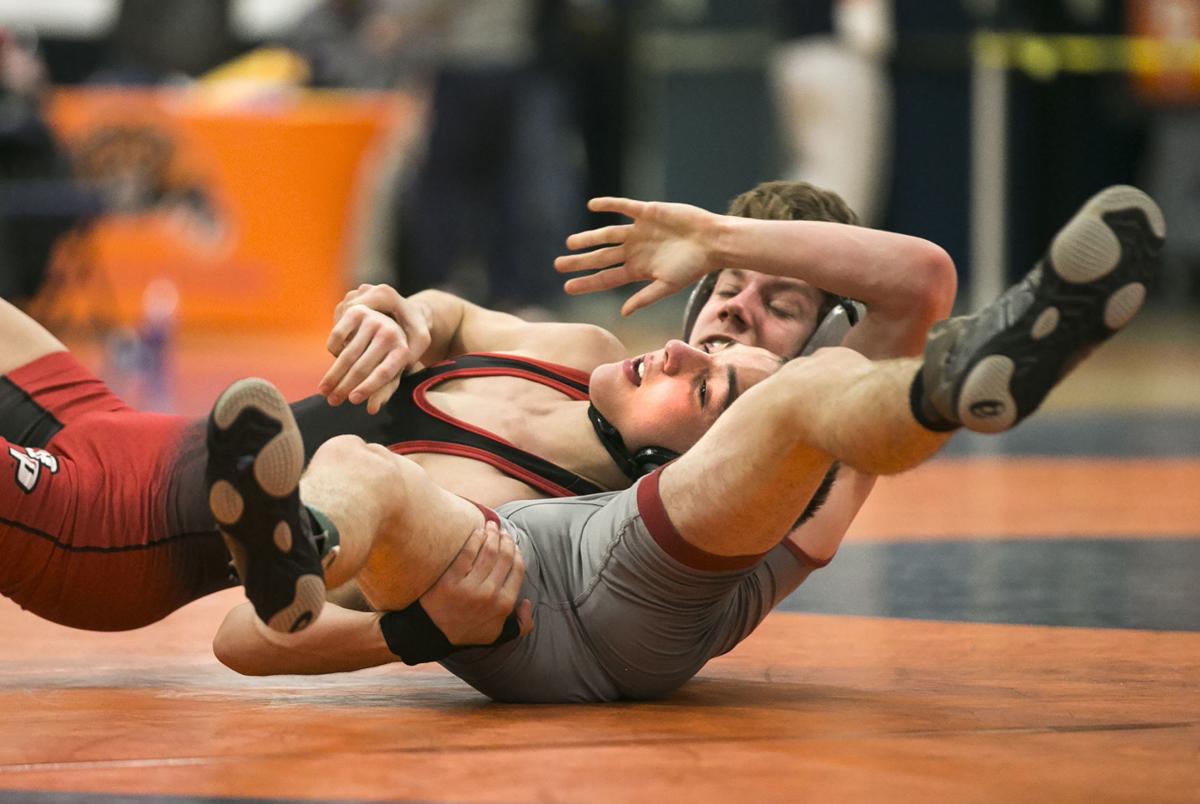 The Black–Hawks’ Stephen Mainz (top) gains an advantage on the Wildcats’ Ethan Heitchew.

The Black–Hawks’ Travis Harris (right) competes with the Wolverines’ Kyle Deguzman in their 138-pound final.

The Black–Hawks’ Stephen Mainz (top) gains an advantage on the Wildcats’ Ethan Heitchew.

A week after Bruno Alves became a state champion last winter, his hair started falling out in clumps.

Brooke Point’s senior 120-pounder suffers from Alopecia totalis, a skin disease that causes hair loss. For a while, he attempted to slow symptoms with medication but noticed that his reactions were similarly delayed.

So he shaved it all off.

“There were a lot of battles I had to fight with myself,” Alves said of confidence issues that arose from the condition. “Wrestling has helped me look at the positive side of life.”

As he took the mat for Saturday’s Region 5D finals, Alves’ only remaining struggle was with an old nemesis, William Fleming’s Keyvar Townsend. The two have a history of violent bouts, complete with headbutts and headlong tosses into the scorer’s table.

“Me and coach have been talking about him all season, and we made sure we were prepared for him,” Alves said.

Sporting a minimalist look under his headgear, Alves earned a second-period pin to propel Brooke Point to yet another regional title.

A week after they essentially skipped the Commonwealth District tournament, the Black–Hawks (244) rode a strong showing in the championship finals to edge runner-up Mountain View (222.5). North Stafford finished third.

“I saw him look up at the clock, and I was like, ‘He’s tired,’” White said. “And I knew that he wanted to just coast into overtime, so I was like, ‘I gotta push the pace,’ and felt a shot, and I took it.”

The top four finishers in each weight class advance to next week’s Class 5 state tournament, which will be held at Rock Ridge High School in Ashburn on Friday and Saturday. The Black-Hawks and Wildcats will send 13 wrestlers apiece, with North Stafford qualifying 10.

As grateful as Alves and his teammates were to claim a trophy--and some momentum heading into next week--the real prize awaits.

“Honestly, this doesn’t mean anything,” Alves said. “What we want is that state title.”