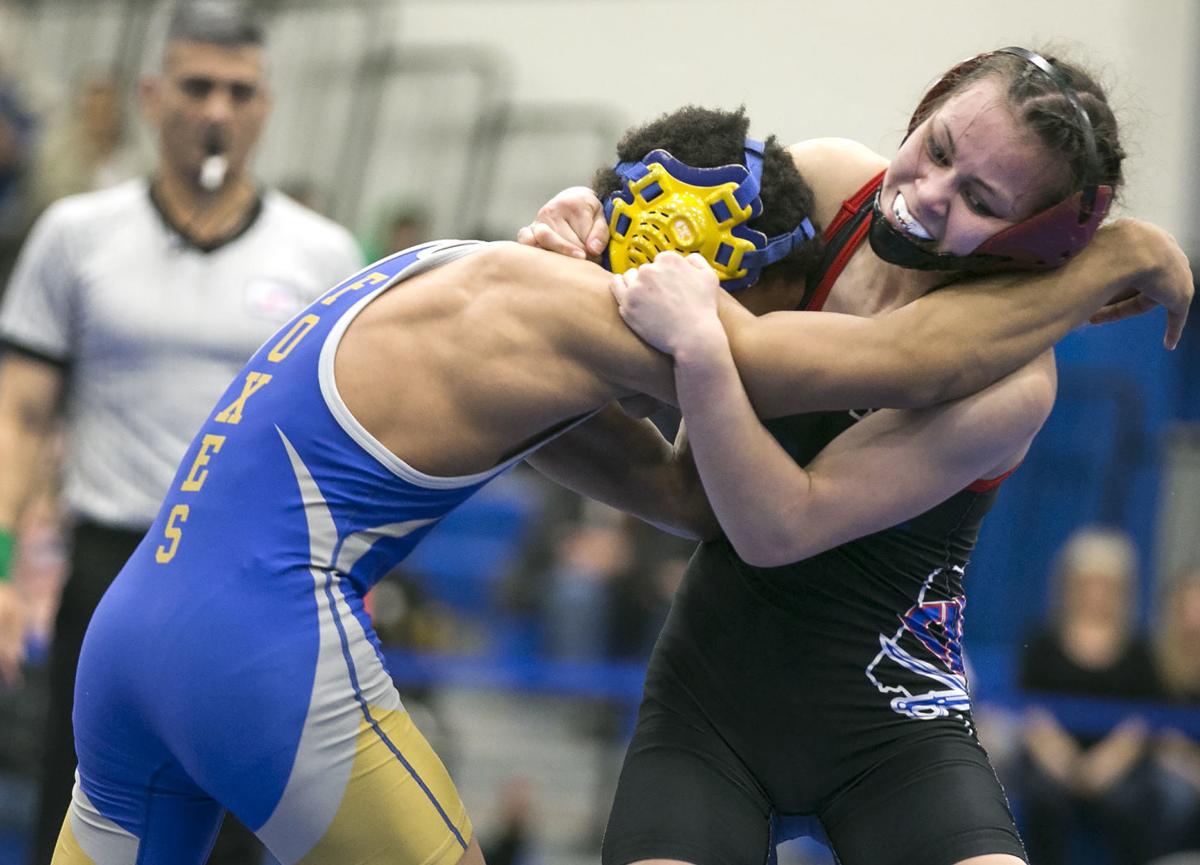 Elizabeth Dosado (right) of Caroline and Jayden Richardson of King George compete in 106 lb. class during in the Battlefield District championships at Courtland High School on Friday. Dosado won the title 4-3. 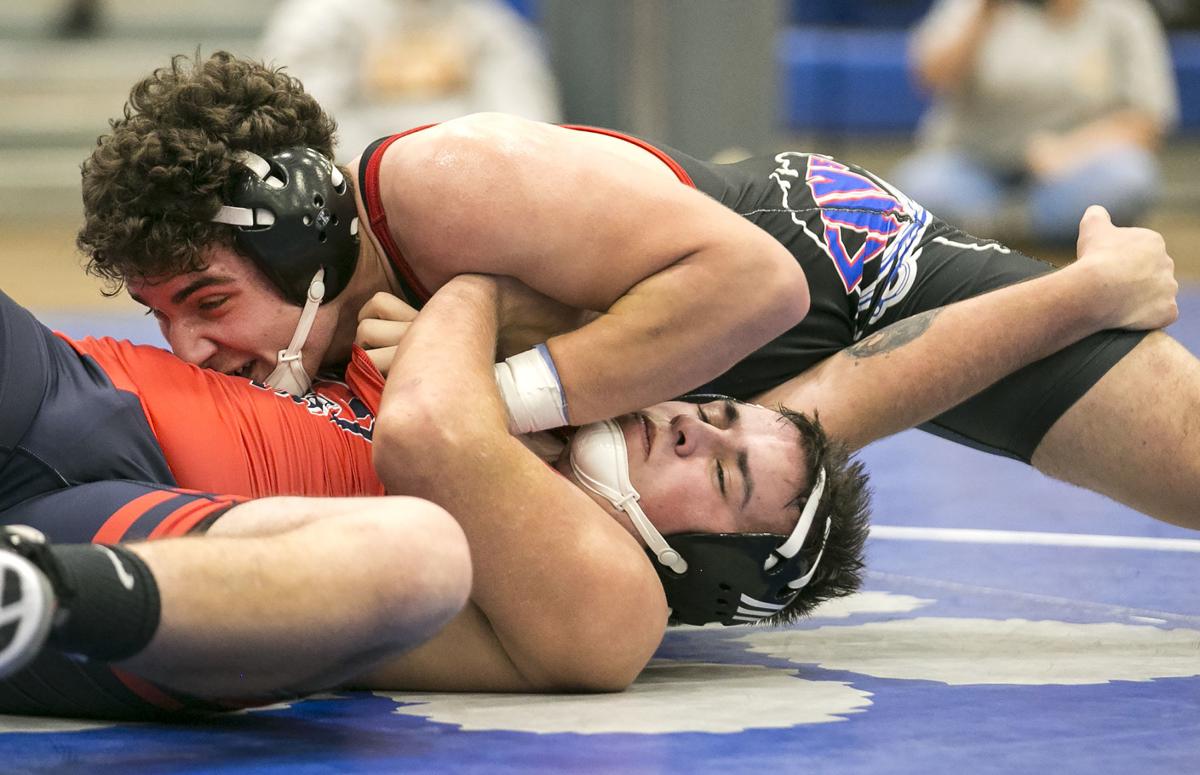 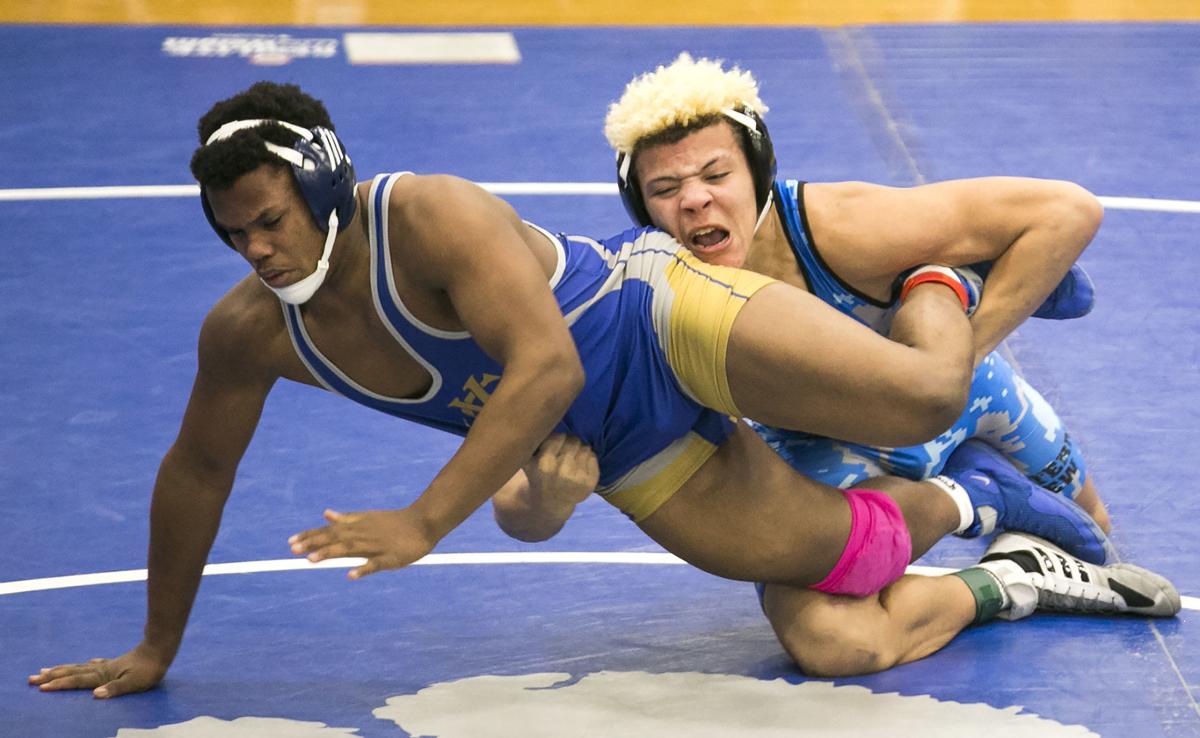 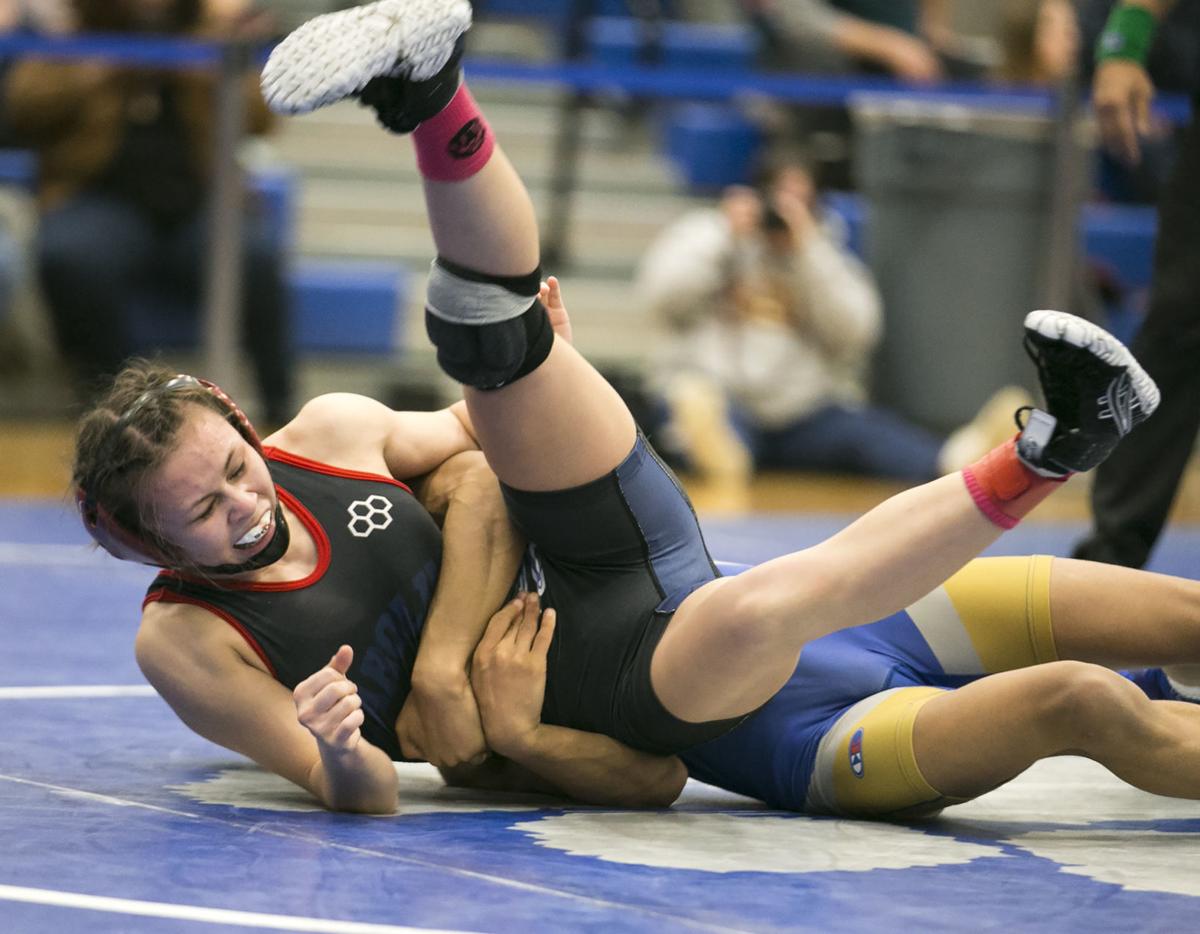 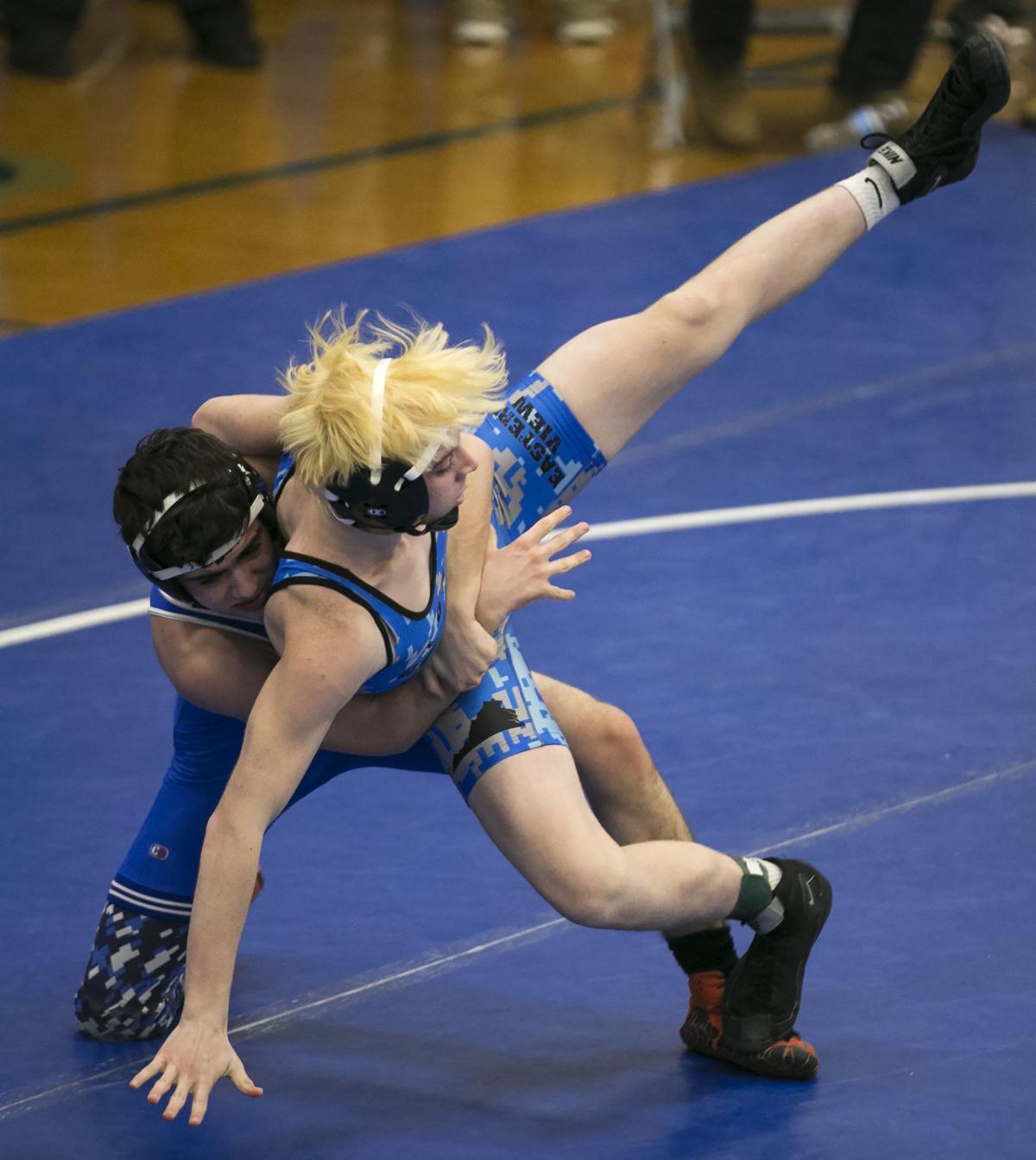 The Cougars’ Tristen Picard (left) takes down the Cyclones’ Aidan McCarton in their 113-pound bout.

Elizabeth Dosado (right) of Caroline and Jayden Richardson of King George compete in 106 lb. class during in the Battlefield District championships at Courtland High School on Friday. Dosado won the title 4-3.

The Cougars’ Tristen Picard (left) takes down the Cyclones’ Aidan McCarton in their 113-pound bout.

Elizabeth Dosado had all sorts of thoughts racing through her mind leading up to the Battlefield District wrestling tournament Friday night at Courtland.

The Caroline senior wondered whether she was good enough and deserving of the 99 victories she had entering her final district competition.

She pondered that perhaps the opposition hasn’t been very stiff and that may be the reason for her success against boys in the 106-pound weight division.

So Dosado was seeking a challenge and a bit of validation.

She received both from King George sophomore Jayden Richardson in the finals on Friday.

Dosado responded to Richardson’s tenacity and emerged with a thrilling 6–3 decision victory to earn her first district championship.

Earlier in the evening, Dosado picked up the 100th victory of her career, joining her brother James Dosado as the only Cavaliers to accomplish the feat since the program’s inception in 2010.

Elizabeth Dosado had the crowd on her side as she rallied to pull out the hard-earned victory over Richardson and become the first girl to win a district title in the Fredericksburg area.

“That was kind of scary,” she said of her final. “But at least it was fun for them to watch … I’m excited. It gives me something to think about other than if I’m bad.”

Dosado hit the century mark in career victories with a win Friday by fall over Eastern View’s Caden Magiera in the second round.

The crowd celebrated her accomplishment. She received another hearty ovation when medalists for her division were announced.

“I dreamed of getting my 100th win with a pin and I was skeptical I could do that because the last time I faced [Magiera] I won on points,” Dosado said. “But everything turned out how it was supposed to, which is crazy. I swear I dreamed about today before.”

“The district has some solid teams and we took it on the chin a few times,” said Brown, whose team won the 2018 Class 4 state championship. “We’ve got some things to tighten up, but I’m excited about it.”

Smythers’ 4–3 sudden victory over Courtland’s Cris Reynoso was perhaps the most intense and thrilling final of the night.

It was Smythers’ first win over Reynoso, who won the state championship at 160 pounds last winter.

“It feels really good,” Smythers said. “I wanted it really bad and I got it.”

Spotsylvania and Caroline each had three individual winners. Moses Wilson (120), Cole Waddy (152) and Kyle Orris (285) earned victories for the Knights.

In addition to Elizabeth Dosado, the Cavaliers picked up victories from James Dosado at 145 and Chris Poole at 195. The Cavaliers were second to Eastern View with seven finalists. The Cyclones went 8–1 in championship matches.