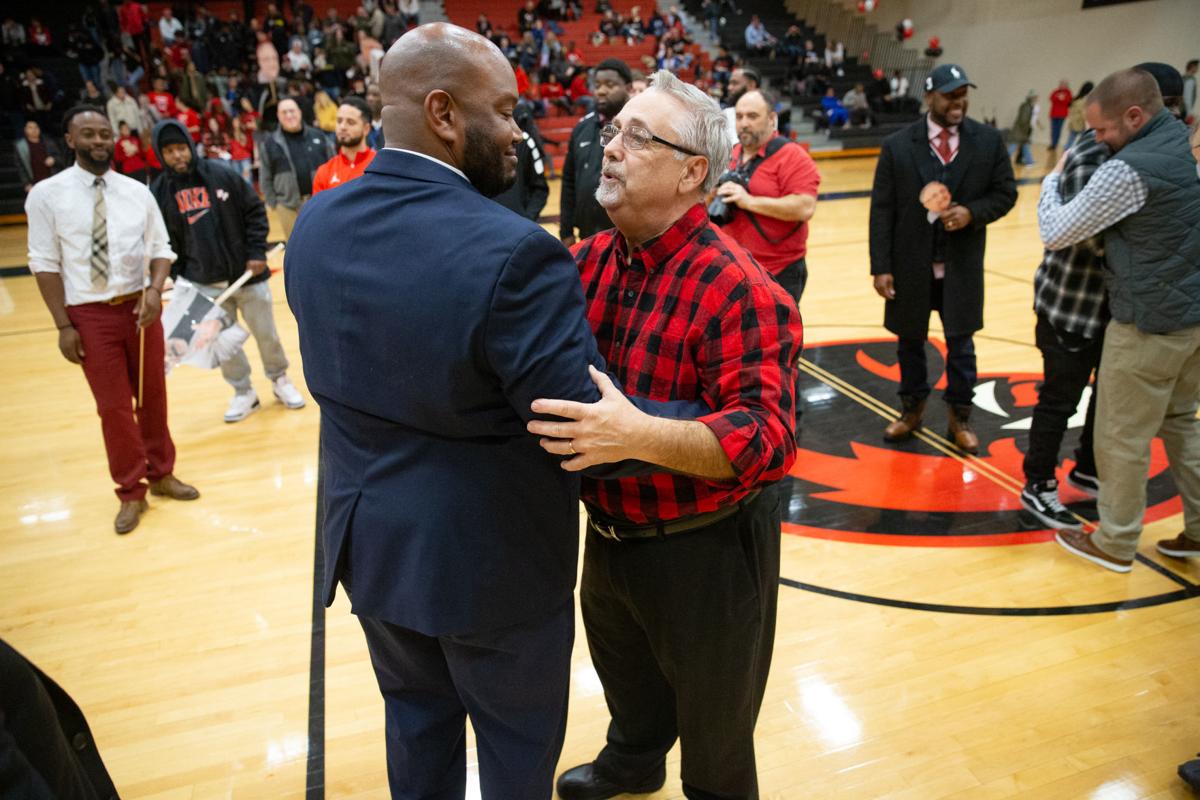 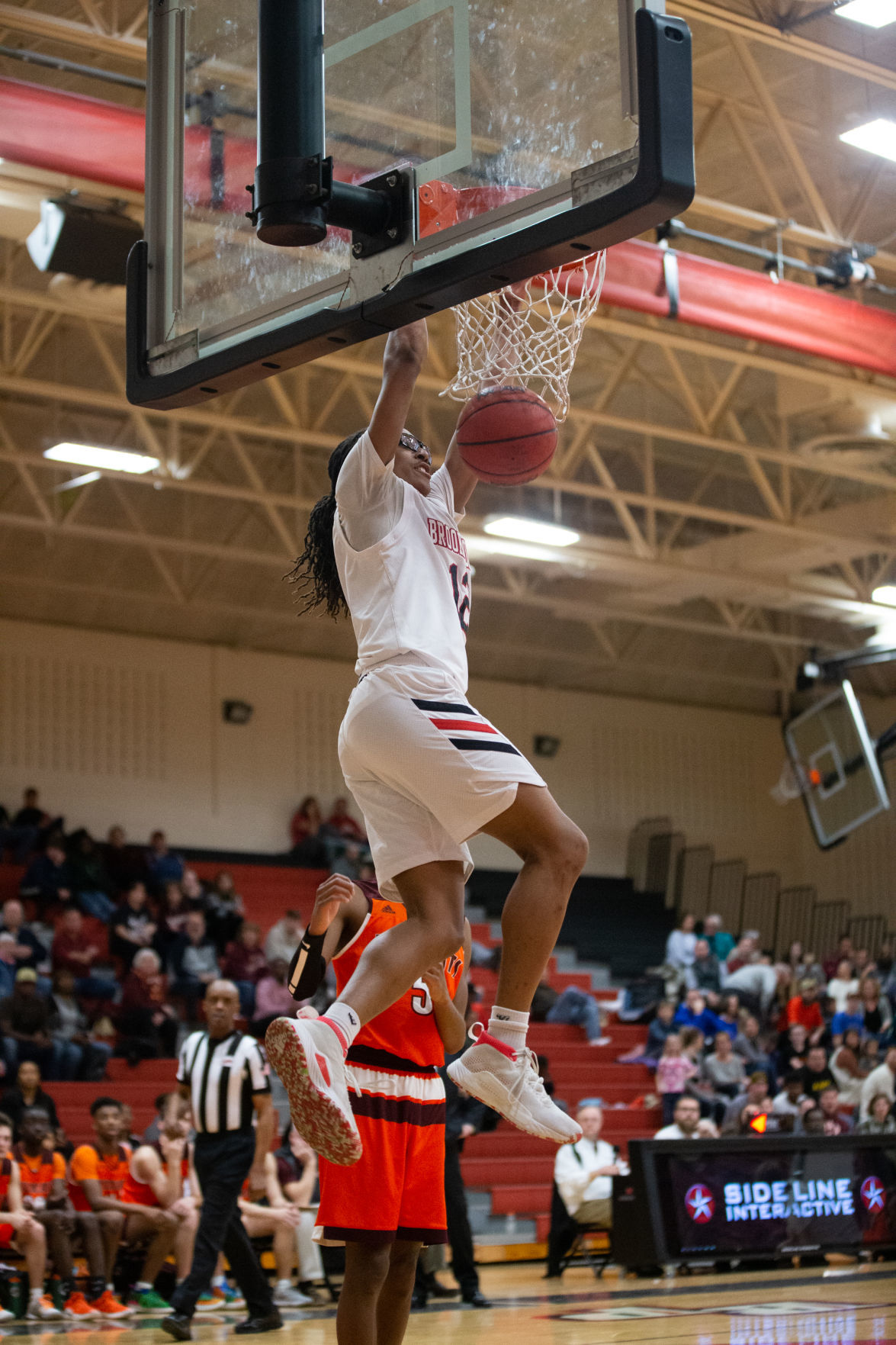 The Black–Hawks’ Xavier Parnell dunks against the Wildcats in Friday’s win. 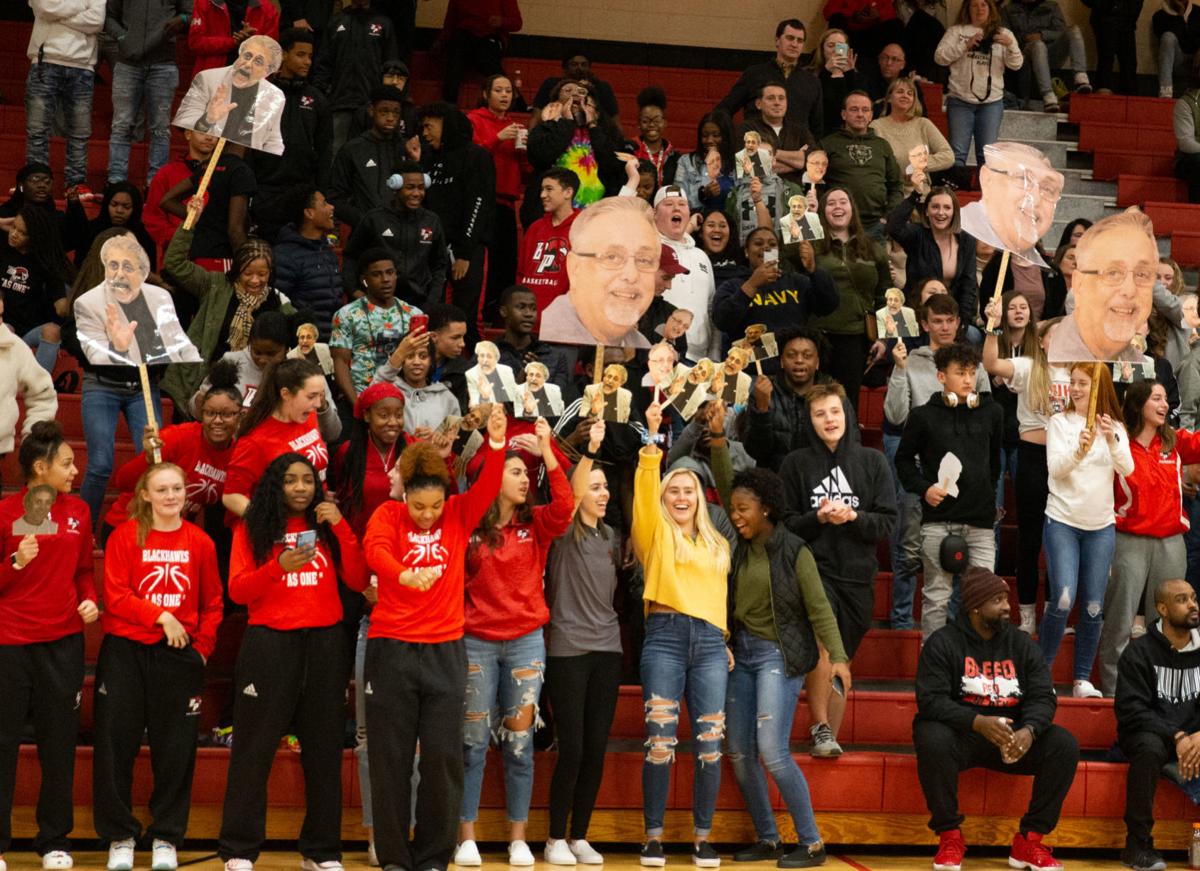 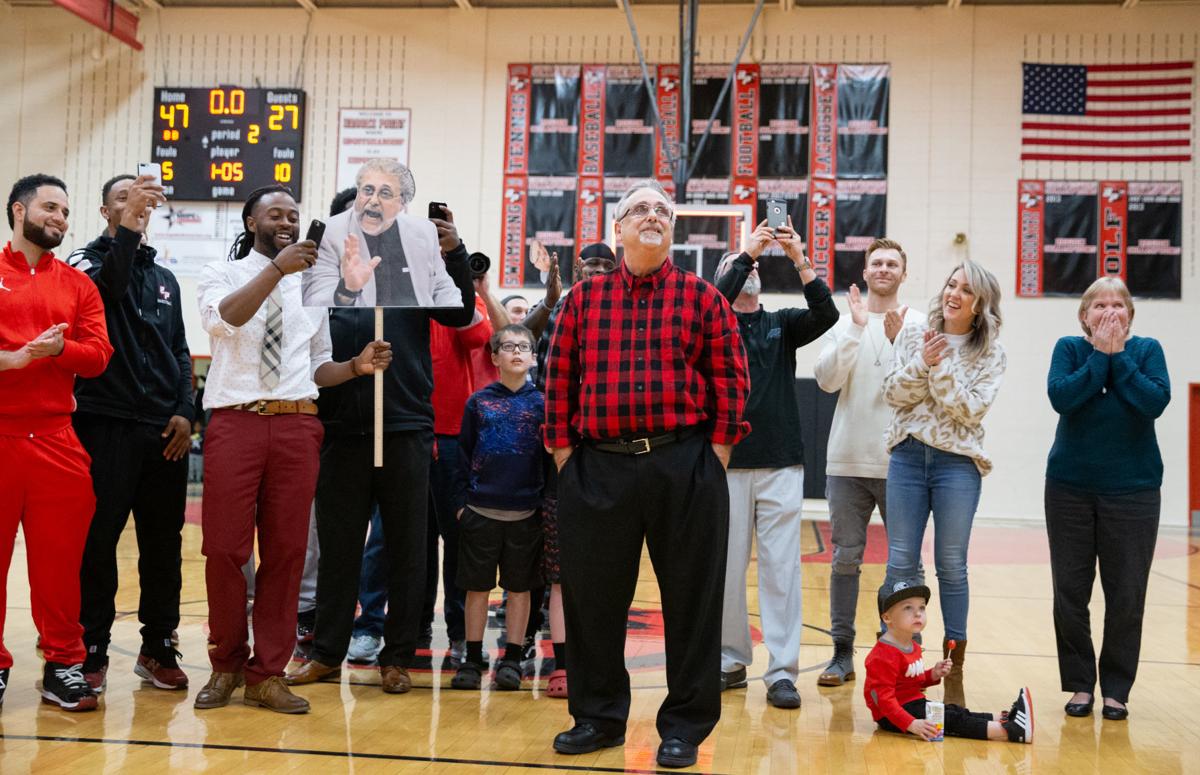 Surrounded by family, friends and former players, former Black–Hawks coach Joe Kania watches as the scoreboard is unveiled, revealing the gymnasium at Brooke Point is renamed in his honor. 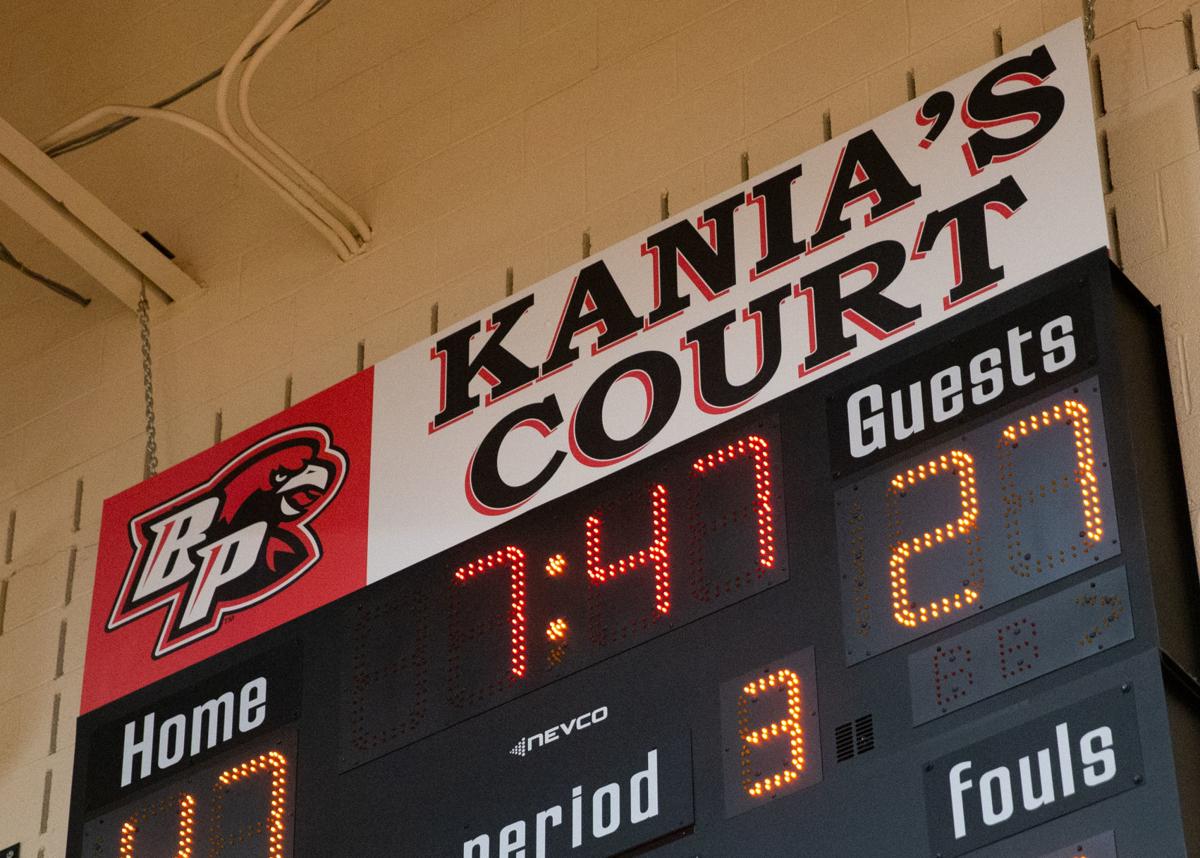 The Black–Hawks’ Xavier Parnell dunks against the Wildcats in Friday’s win.

Surrounded by family, friends and former players, former Black–Hawks coach Joe Kania watches as the scoreboard is unveiled, revealing the gymnasium at Brooke Point is renamed in his honor.

He showed up to the Black–Hawks’ Commonwealth District boys basketball game against Mountain View dressed in a plaid black and red shirt with black pants, proudly wearing the school’s colors.

He assumed the evening would be an opportunity to reunite with former players and coaches and share old stories from when he served as the program’s head coach for 23 years until he retired in 2016.

But Brooke Point had more in store for the coach and mentor who started the program when the school first opened in 1993.

The Black–Hawks had a black drape hanging atop the scoreboard that Kania never noticed.

When the drape was removed at halftime of Brooke Point’s 87–50 victory over the Wildcats, it read “Kania’s Court.”

Kania stood at the center of the hardwood surrounded by family and former players as he dropped his head in disbelief that the court would be named in his honor.

Black–Hawks’ athletic director Jim Ralph announced that Kania’s signature will be ingrained on the court at a later date.

“I don’t know that there’s more of an elite honor that a high school coach could possibly have,” Kania said. “Brooke Point meant everything to me. The kids meant more than everything to me. I just enjoyed being here. It’s a pleasant surprise and it’s something that really touched my heart.”

Kania’s former colleagues and players said he impacted them tremendously.

He recalled that when he was attending H.H. Poole Middle School, Kania began to form a relationship with him that blossomed when he joined varsity as a sophomore. Turner went on to star at Davis & Elkins College in West Virginia and is one of the foundational players for the American Basketball Association’s Fredericksburg Grizzlies.

Turner said Kania was “like a second dad” because he picked him up for practice and took him home. Turner added that Kania is the reason he came back to Brooke Point to coach.

“I wasn’t the biggest kid or my skill level wasn’t developed yet, but he saw something in me,” Turner said. “Just the communication at that time, at that age, meant everything to me. He showed me that he really cared.”

Mountain View athletic director Greg Margheim held the position at Brooke Point while Kania was there. He said Kania always had funny stories about growing up in West Virginia that kept the athletic department laughing for days.

“The biggest thing with Joe Kania is how he loved the kids,” Margheim said. “He’d literally give the shirt off his back to all these kids … He’s just a good, good guy and you don’t find too many like that anymore.”

In addition to Turner, former assistant Brad Lear went on to become the head coach at North Stafford and is now directing a program in Pennsylvania.

“Next to my father he was the most influential man in my life,” Tryon said. “He taught me everything that I knew about coaching and prepared me to be a head coach. That was always important to him with his assistants. He gave us more tasks to help us become head coaches.”

Kania had to be pleased with what he saw from Samko’s charges. Brooke Point (4–8) got 20 points from Xavier Purnell to lead the rout over the Wildcats (7–5).

DeShaun Mears scored all 13 of his points in the third quarter and Gary Moran added 11. Thirteen Brooke Point players scored.