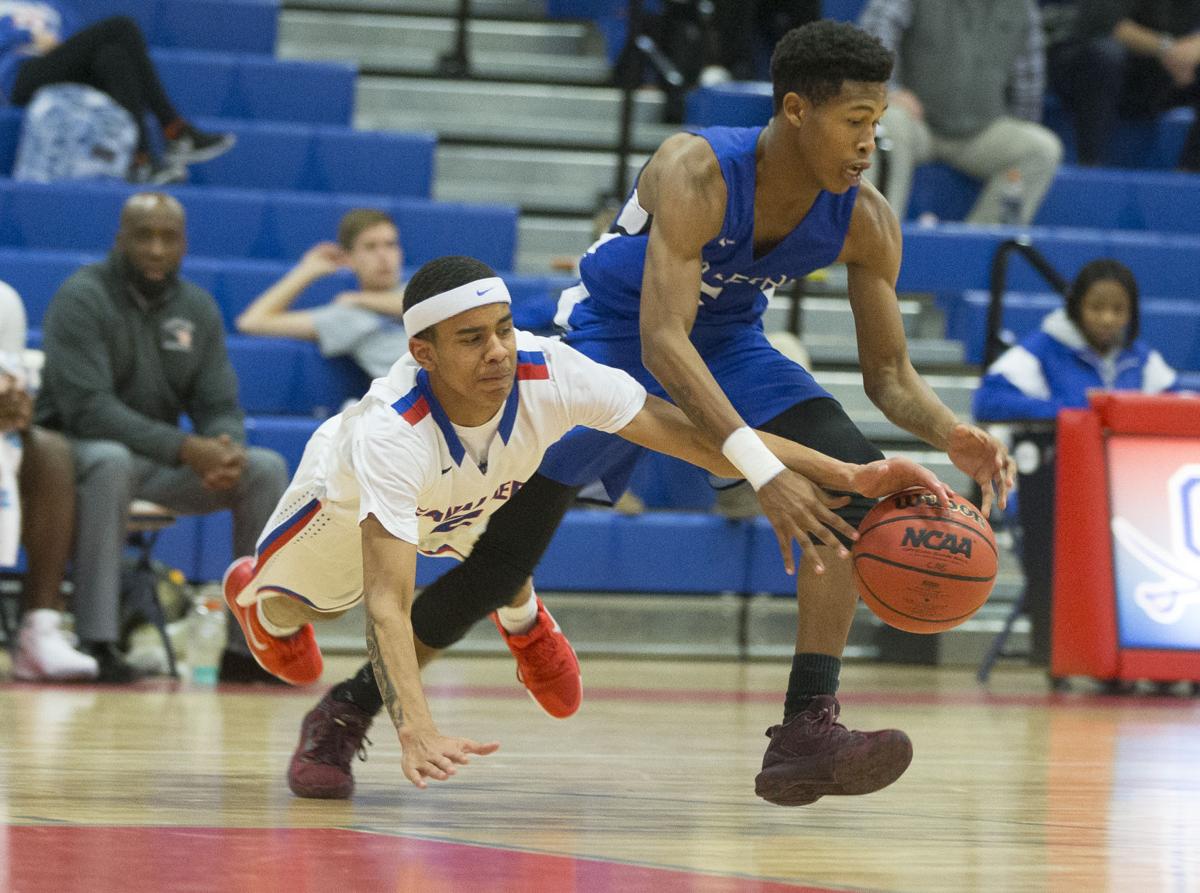 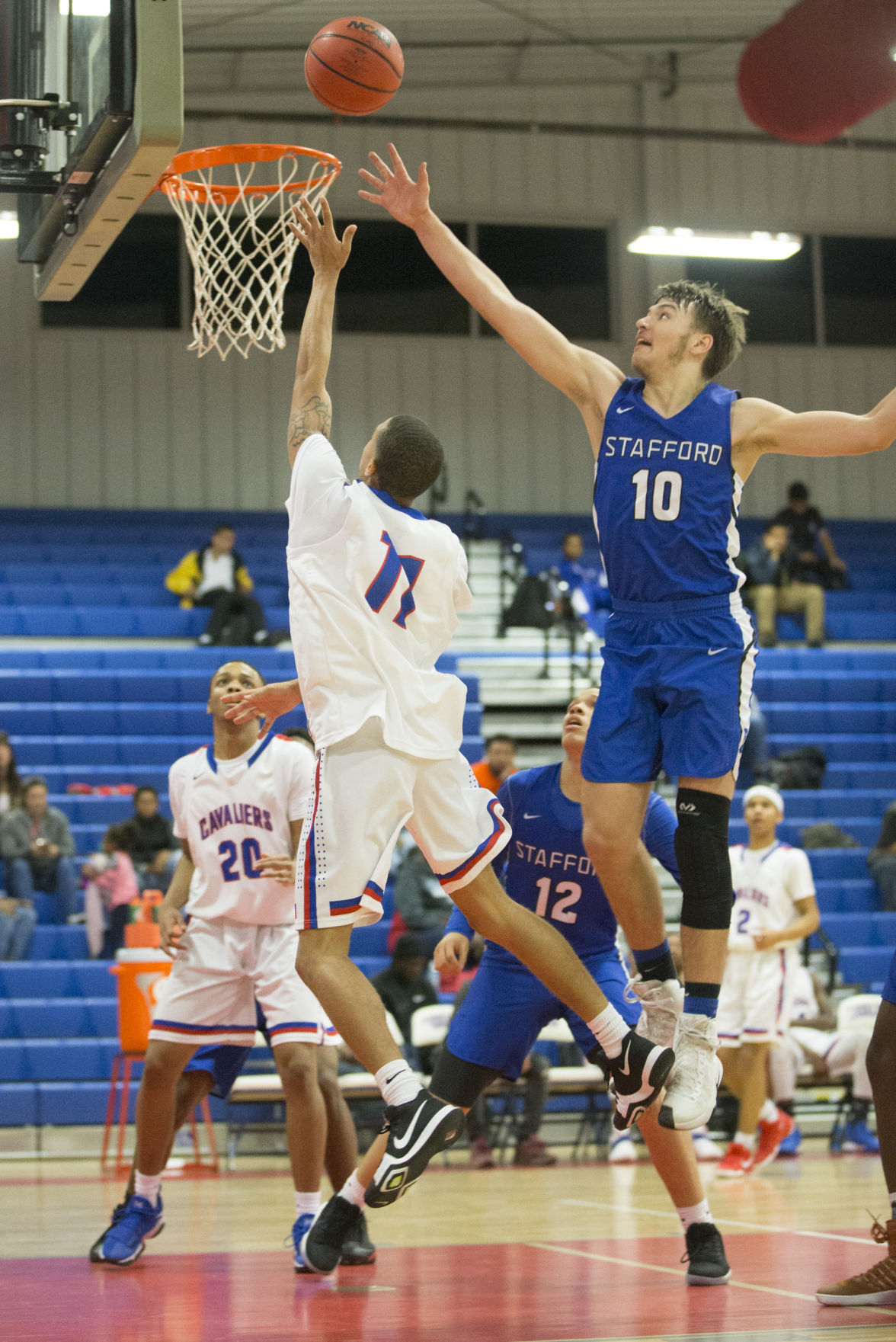 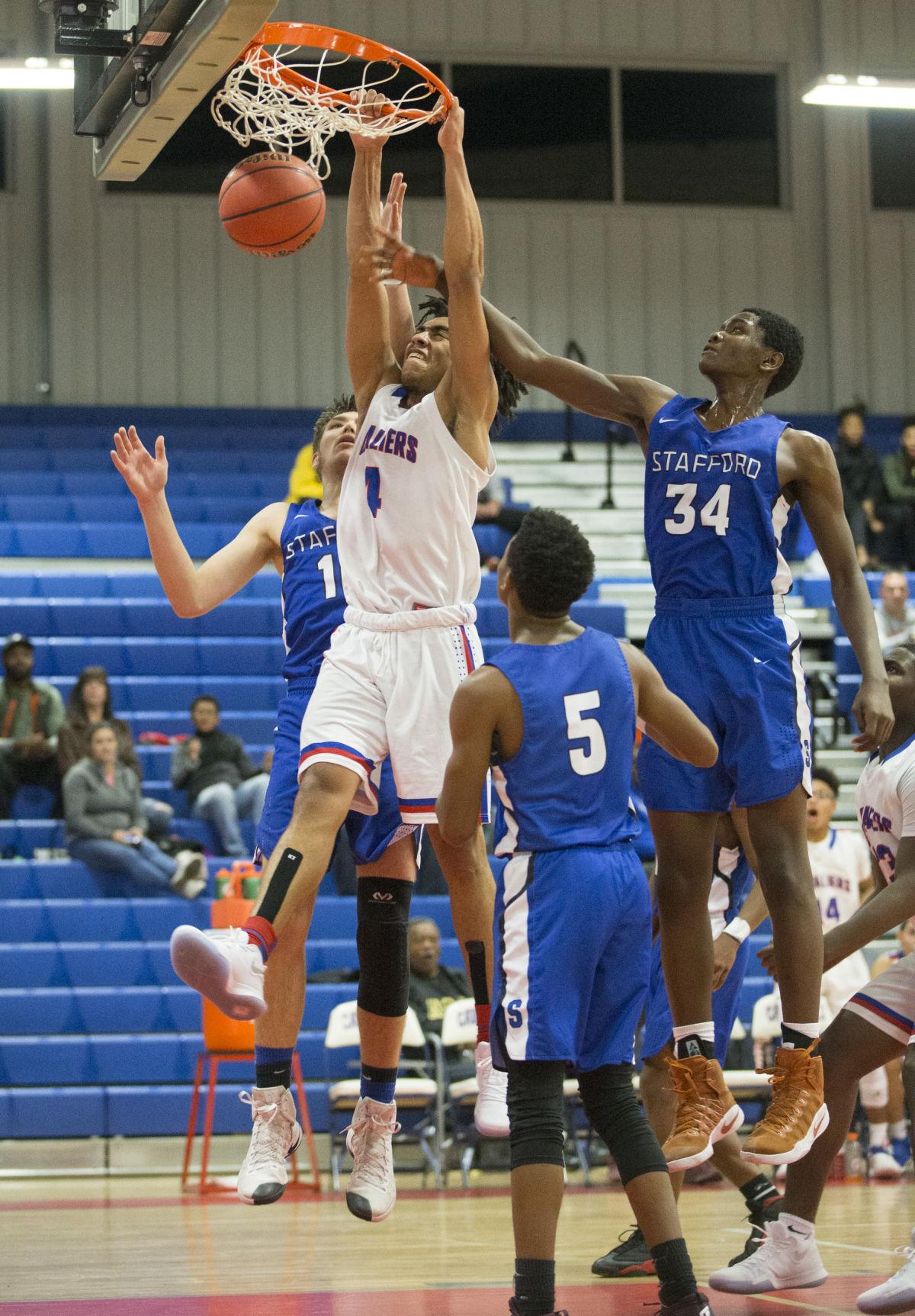 Caroline’s David Ware dunks the ball during Wednesday’s game against Stafford. Ware was assessed a technical foul on the play, and his Cavaliers couldn’t sustain their pace in a 53-47 loss. 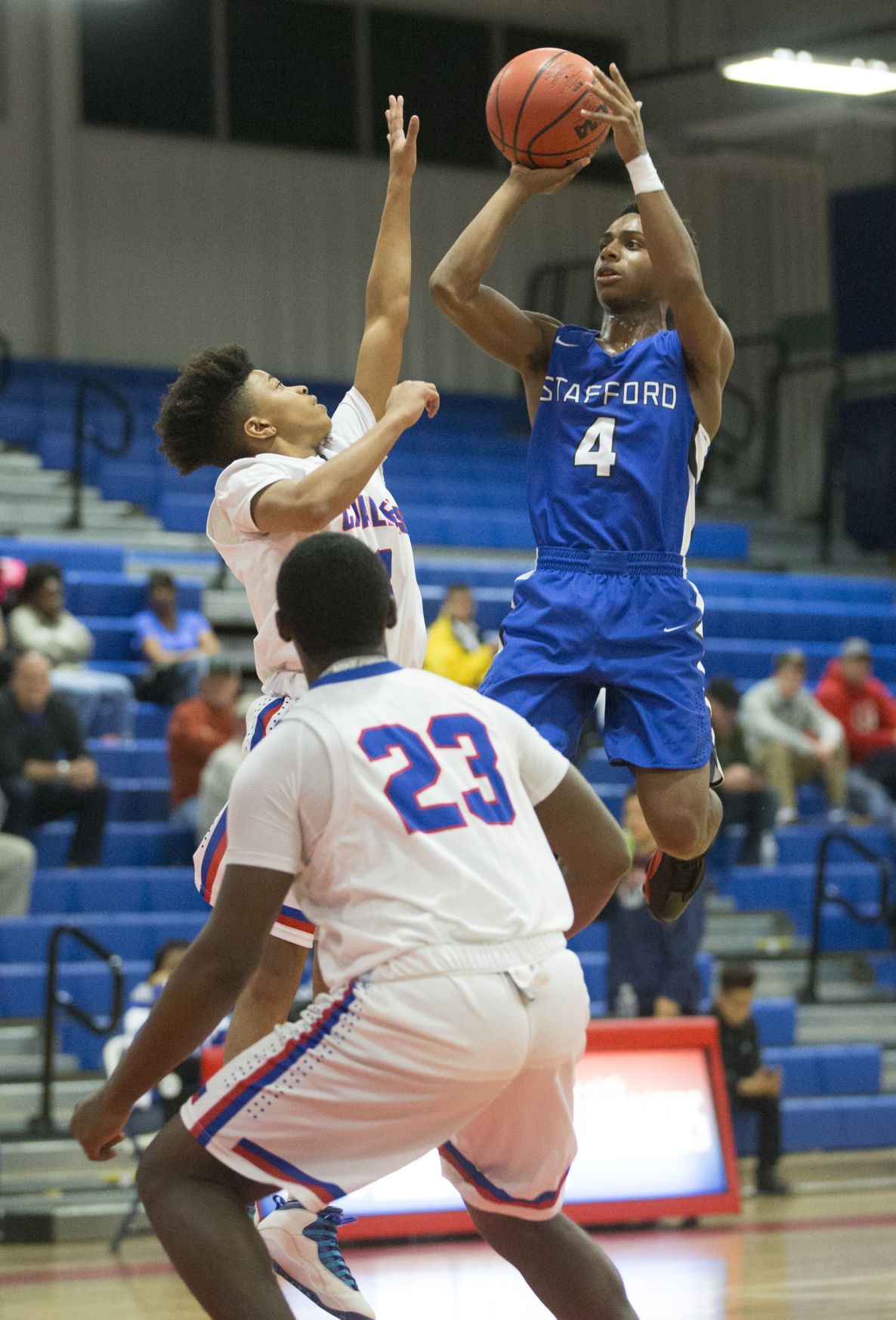 Caroline’s David Ware dunks the ball during Wednesday’s game against Stafford. Ware was assessed a technical foul on the play, and his Cavaliers couldn’t sustain their pace in a 53-47 loss.

A season-opening non-district defeat to Caroline has sparked a surge for the Stafford boys basketball team.

The Indians have won six straight since a contest in which they played uncharacteristically sloppy defense.

The most recent is a 53-47 road victory over those same Cavaliers on Wednesday night that handed Caroline its first loss of the season.

Stafford hasn’t allowed an opponent to top 50 points since that 70-66 home setback. The Indians (6-1) held the Cavaliers (4-1) to eight fourth-quarter points on Wednesday.

“Honestly the first game, we tried to play their style of play,” Stafford forward Mason Lefler said. “That’s why they beat us. Tonight was how we win our games. It ain’t pretty—but it works.”

Caroline entered the contest averaging 78.5 points per game. The Cavaliers defeated King George 96-71 on Monday night. Stafford head coach Brett Lively was on hand to scout, and he and his coaching staff devised a plan to slow down Caroline’s fast-paced offensive attack.

Junior guard Mykai Smith, who scored 33 against the Foxes, was held to 10 by Stafford. Caroline senior forward David Ware contributed 18 points against the Indians but Lively noted Smith and Ware had to work for everything they got.

“We tried to limit his touches,” Lively said of Smith. “We knew that [Smith and Ware] are just really, really tough ball players. When [Ware] did get it he was almost unguardable with the way he was shooting the 3 ball. We said if we’re going to lose to these guys we were going to have to make somebody else beat us and not let those two guys go wild like they did the other night against King George.”

Stafford forward Jacob Duniver scored a team-high 18 points for the Indians. He connected on five 3-pointers. Lefler added 15, while Tyveon Shaw provided 13. Shaw hit 5 of 6 free throws in the final minutes of the game to ice the victory.

But it was Duniver and Lefler who were consistent offensively throughout the night.

“They were great,” Lively said. “Mason is kind of our do-everything guy. He rebounds. He goes to the hole. He shoots. Whatever the team needs he steps up and does for us. Jacob was just a shooter and he’s turning into a well-rounded ball player.”

The Cavaliers led 17-12 after the first quarter and 27-26 at halftime. Toward the end of the third quarter, Ware provided a follow-up dunk to give Caroline a 39-37 lead but was called for a technical foul for yelling while slamming the ball through.

Duniver hit one of two free throws to cut the Cavaliers’ lead to 39-38 entering the fourth quarter. Stafford opened the fourth quarter on a 9-0 run to take a 47-39 advantage. Caroline didn’t score its first basket of the quarter until a Devin Coleman layup with 2:41 remaining to trim its deficit to 47-41.

Smith connected on a 3-pointer to make it 47-44 with 2:15 to play. The Cavaliers forced a steal but senior guard A.J. Walker misfired on a potential game-tying 3-pointer from the right corner. The Indians put the game away on the free throw line.

Caroline head coach Antoine Johnson said despite the team’s first setback of the season he remains encouraged. Caroline, which is in Class 4, has played three of its first five games against Class 5 opponents Stafford (twice) and Henrico.

Johnson said facing Stafford’s patient half-court offense and sound defense should pay off for the Cavaliers once they enter Battlefield District play.“We want to challenge our guys,” Johnson said. “We want the guys to get better. They’re not getting better unless they push themselves and get tested. So I think the work the guys have been doing all summer and fall is paying off. It didn’t work out tonight but I think the guys are headed in the right direction.”