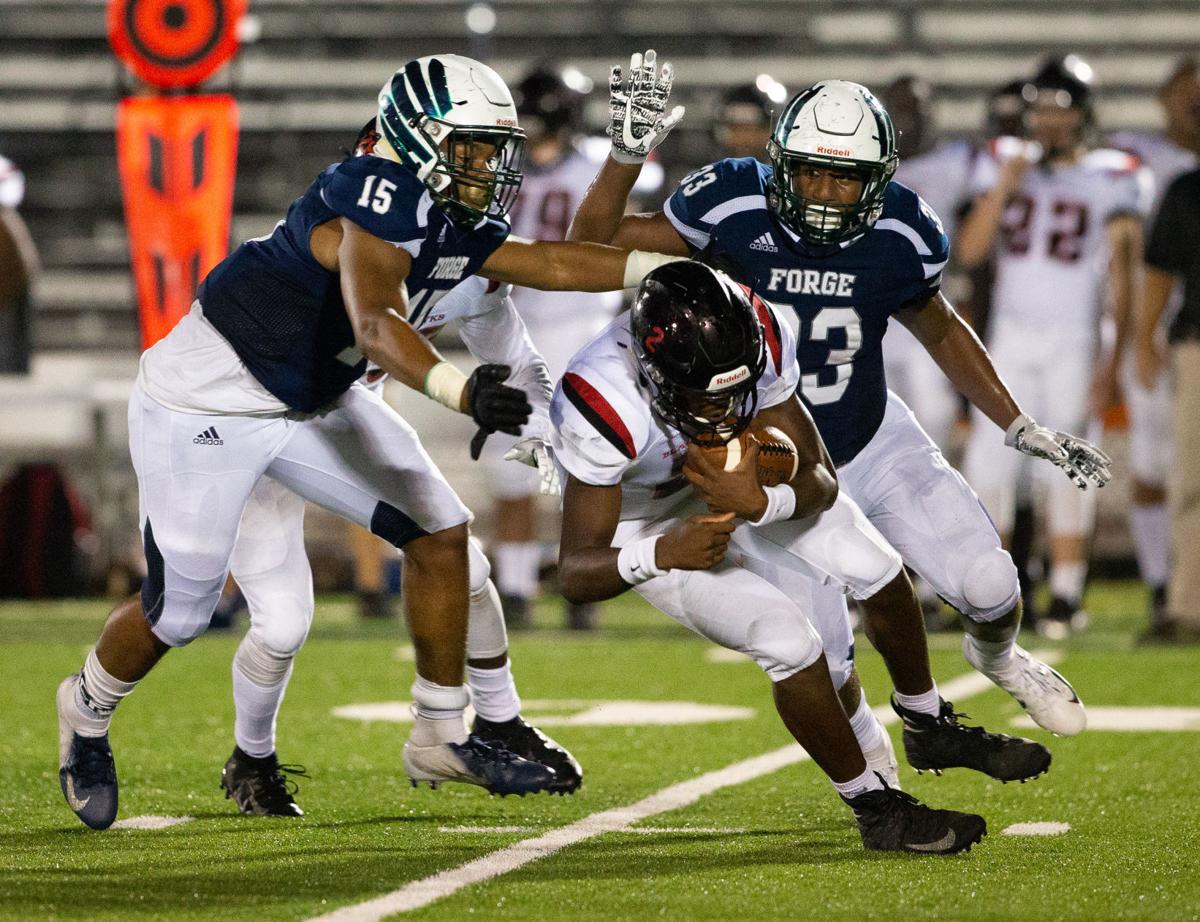 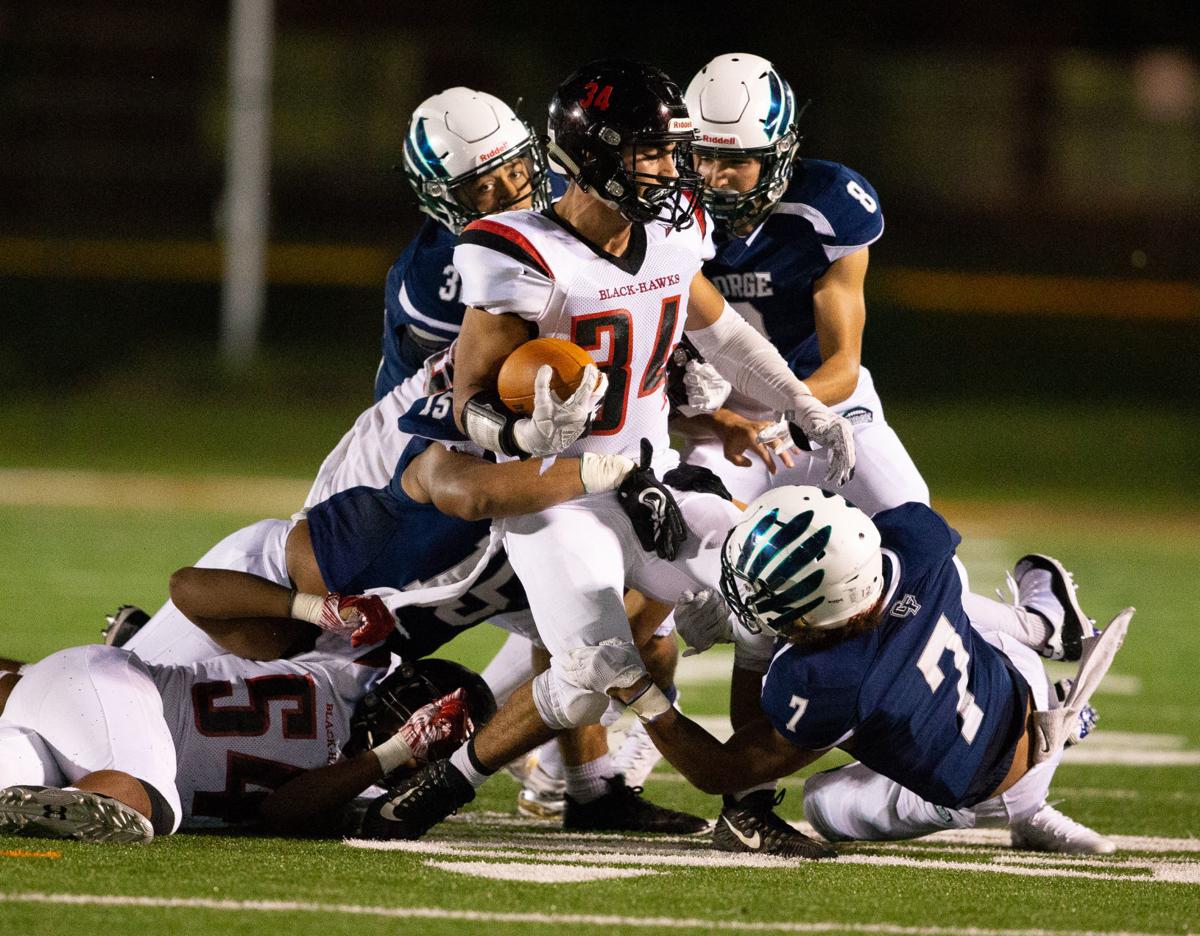 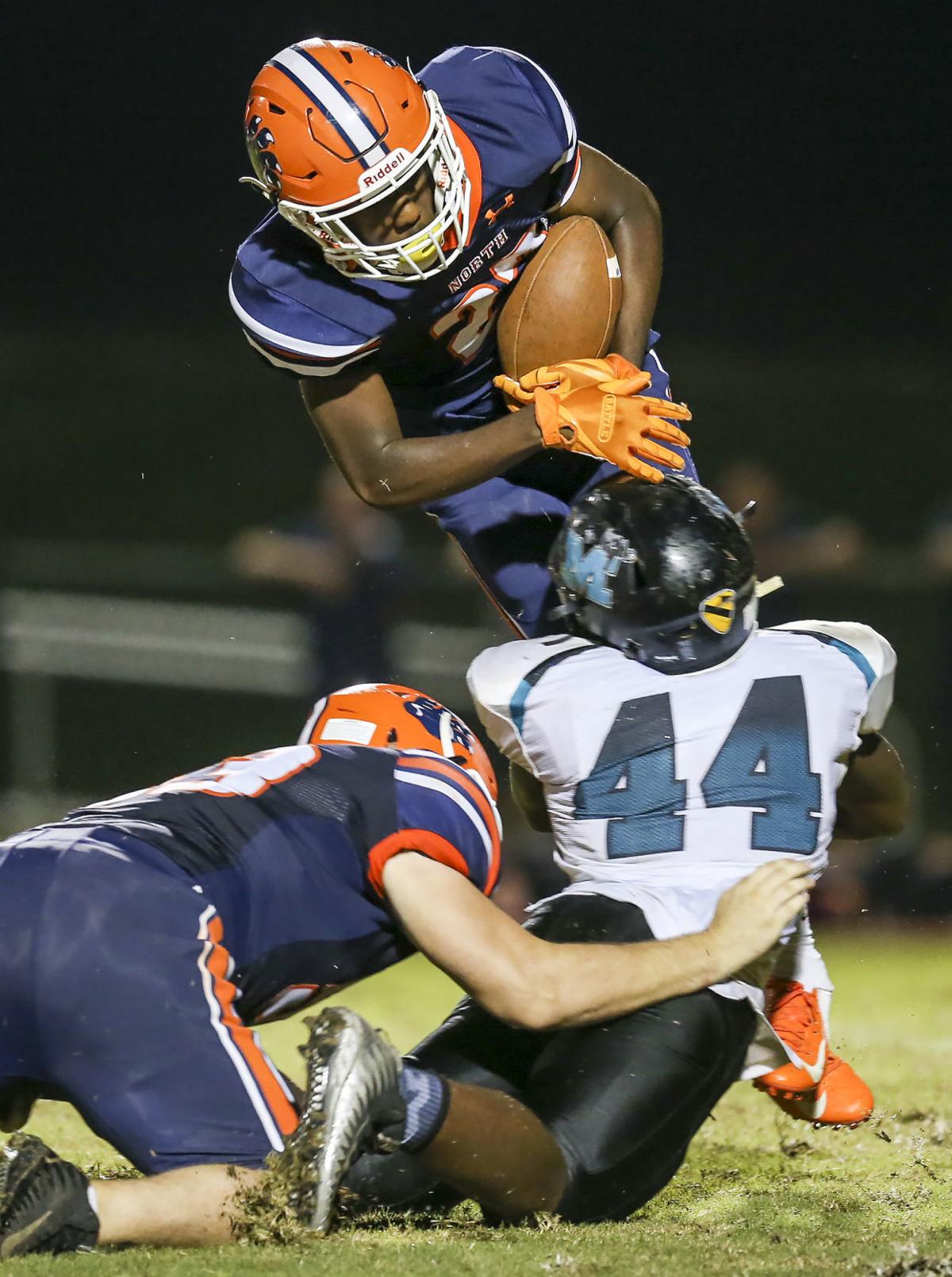 Tevin White of North Satfford gets taken down by Massaponax defender Greg Thomas at North Stafford on Friday, Sept. 21, 2018. 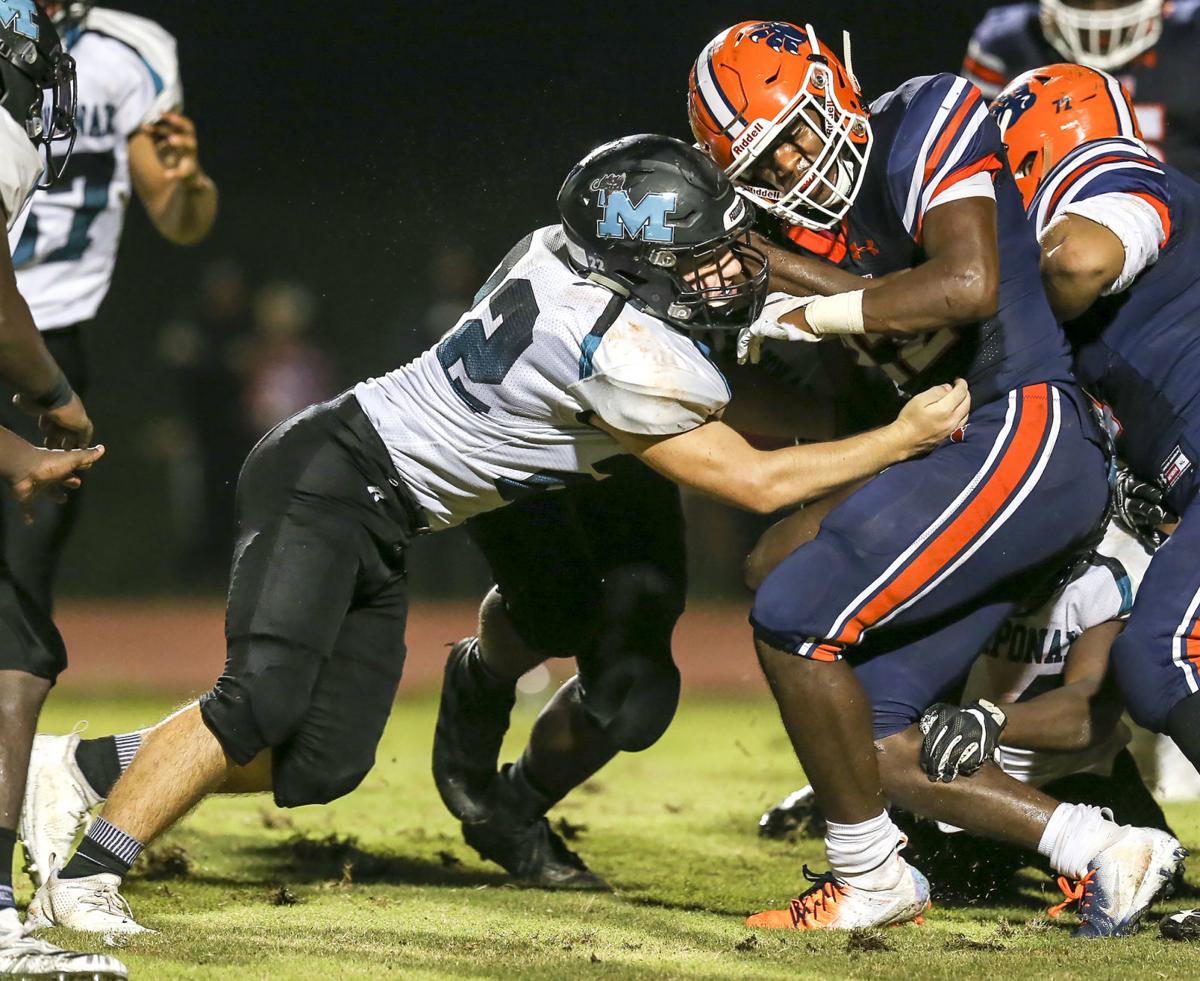 Tevin White of North Satfford gets taken down by Massaponax defender Greg Thomas at North Stafford on Friday, Sept. 21, 2018.

When Massaponax is discussed by Fredericksburg–area football observers, the triple-option offense is often the primary topic.

Colonial Forge’s veteran coaching staff and the Eagles’ vertical passing attack gets much of the attention from those following the Eagles.

But when Massaponax (6–0) visits Colonial Forge (6–0) tonight in a Commonwealth District matchup featuring the top two teams in The Free Lance–Star power poll, each defense could take center stage.

The No. 2 Panthers have allowed 6.3 points per game this season. Colonial Forge has recorded three shutouts and has allowed just 21 points since a season-opening 51–35 victory over Patriot in which standout safety Josh Sarratt wasn’t patrolling the field.

“Defensively since week one, we’ve gotten a lot better,” Colonial Forge senior linebacker Oliejah Louissaint said. “We’re playing faster and more physical … Everyone flows to the ball. Everyone wants to do their part.”

The Panthers have a crew that’s been doing their part, as well.

It starts up front with nose guard Greg Thomas. Fellow lineman Teagan McDonald (6-foot-4, 287 pounds) is an Old Dominion commit on the offensive line but a space-eater on defense. His presence helps bounce plays to the perimeter, where outside linebackers Elijah Christopher and Joshua Hale roam.

“We’re a run-stopping team,” Christopher said. “Nobody in this conference can run the ball on us to be honest. [The Eagles are] going to come out and pass the ball. They’re not going to be able to run on us.”

Colonial Forge has been stronger through the air than on the ground. As of last week, the Eagles didn’t have a top–20 rusher in the area.

But junior quarterback Madden Lowe has passed for 993 yards and 12 touchdowns. He’s connected with Sarratt and his younger brother, Elijah Sarratt, as well as standout wide receiver Zack Kindel.

Kindel has 22 catches for 344 yards and nine touchdowns.

“It’s going to be a challenge for sure,” Massaponax head coach Eric Ludden said of stopping the Eagles’ passing attack. “Those [receivers] are talented and they can throw the ball.”

Still, Josh Sarratt said don’t count out the Eagles’ ability to run. Running back Ernesto Bowen recorded 76 yards and a touchdown in a 17–0 victory over Brooke Point last Friday.

“I’m going to bet with my line and my running backs,” Josh Sarratt said. “I’ll take my team against anybody.”

Josh Sarratt and the Eagles’ defense will have their hands full with Massaponax’s rushing attack featuring quarterback Evan Schickel and Hale at fullback. Josh Sarratt said the Panthers’ physicality on both sides of the ball is eye-catching.

“I hear about it all the time, but it is different when you hear things and when you see it for yourself,” Josh Sarratt said of watching Panthers’ film. “So their physicality is what jumped out.”

Schickel suffered a season-ending injury last fall and wasn’t available in the Eagles’ 36–7 victory over the Panthers. This season, he’s been explosive, rushing for 532 yards and 10 touchdowns. Hale has racked up 465 yards and three scores.

The Panthers have spread the ball around as all of their wins have come by at least 19 points, including four by at least 28.

“They do the option very well,” Louissaint said. “So we’re going to have to get to our assignments and play fast and physical.”

The series between two of the preeminent programs in the area began in 2003 and the Panthers hold a 10–5 edge.

Ludden said whenever the Panthers face Colonial Forge they have to be at their best because of the “standard of excellence” former head coach Bill Brown set when he took over in 2007. Brown is now an assistant coach, and his son, John Brown, is the Eagles’ first-year head coach.

Ludden and Josh Sarratt said they wouldn’t be surprised if tonight’s contest is a shootout or a defensive struggle.

“It can go either way,” Josh Sarratt said. “We’ve both got good defenses, good offenses. It’s Friday night. You never know what could happen.”