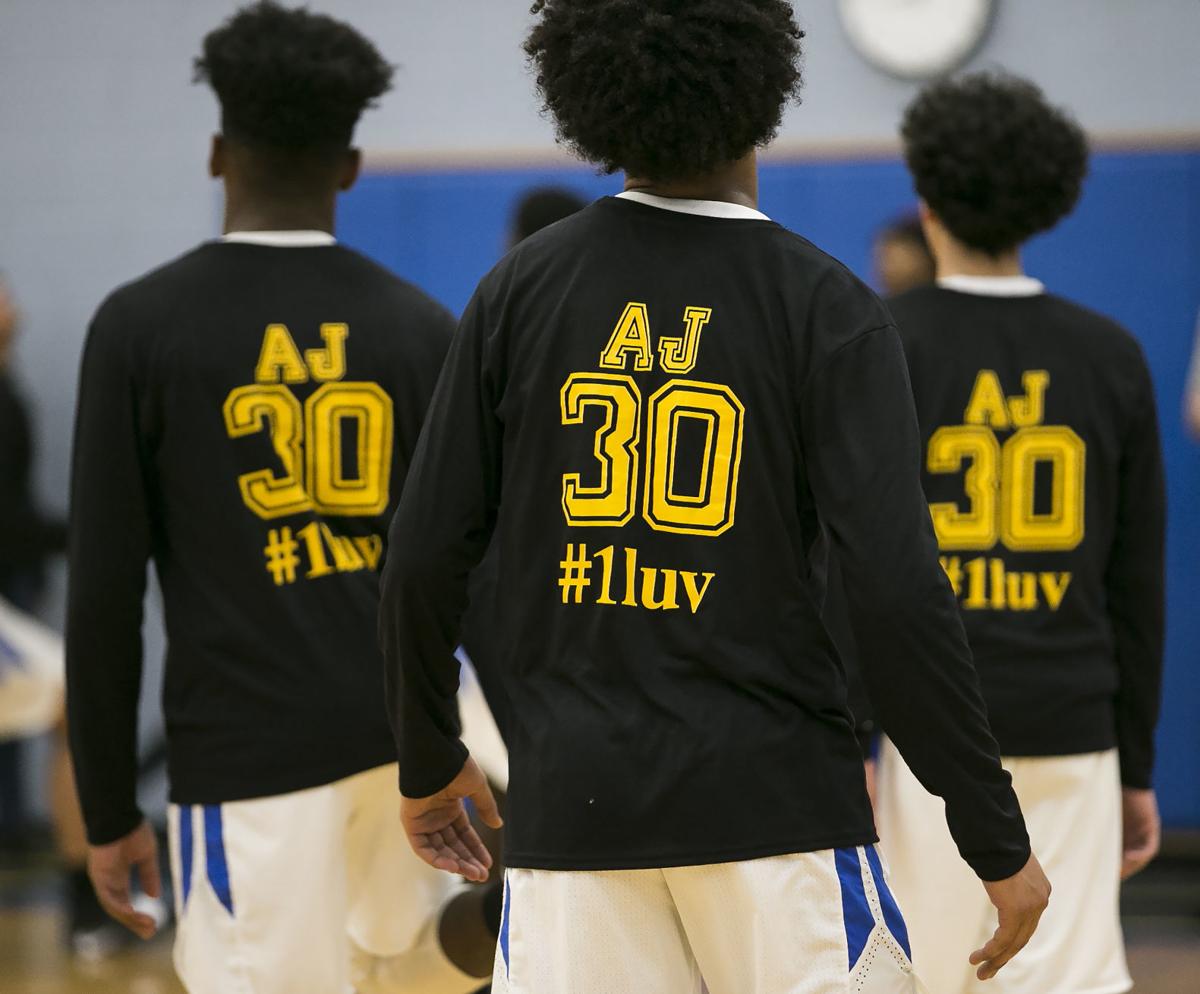 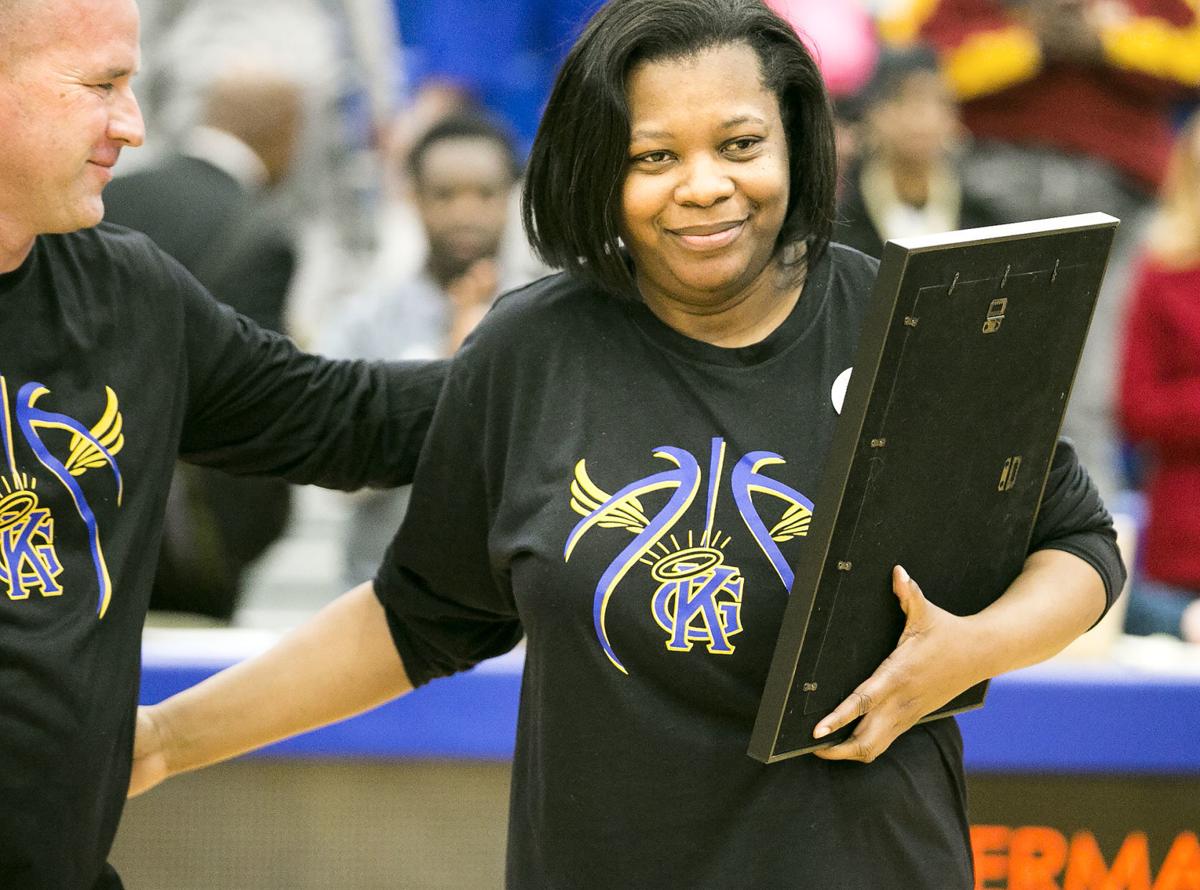 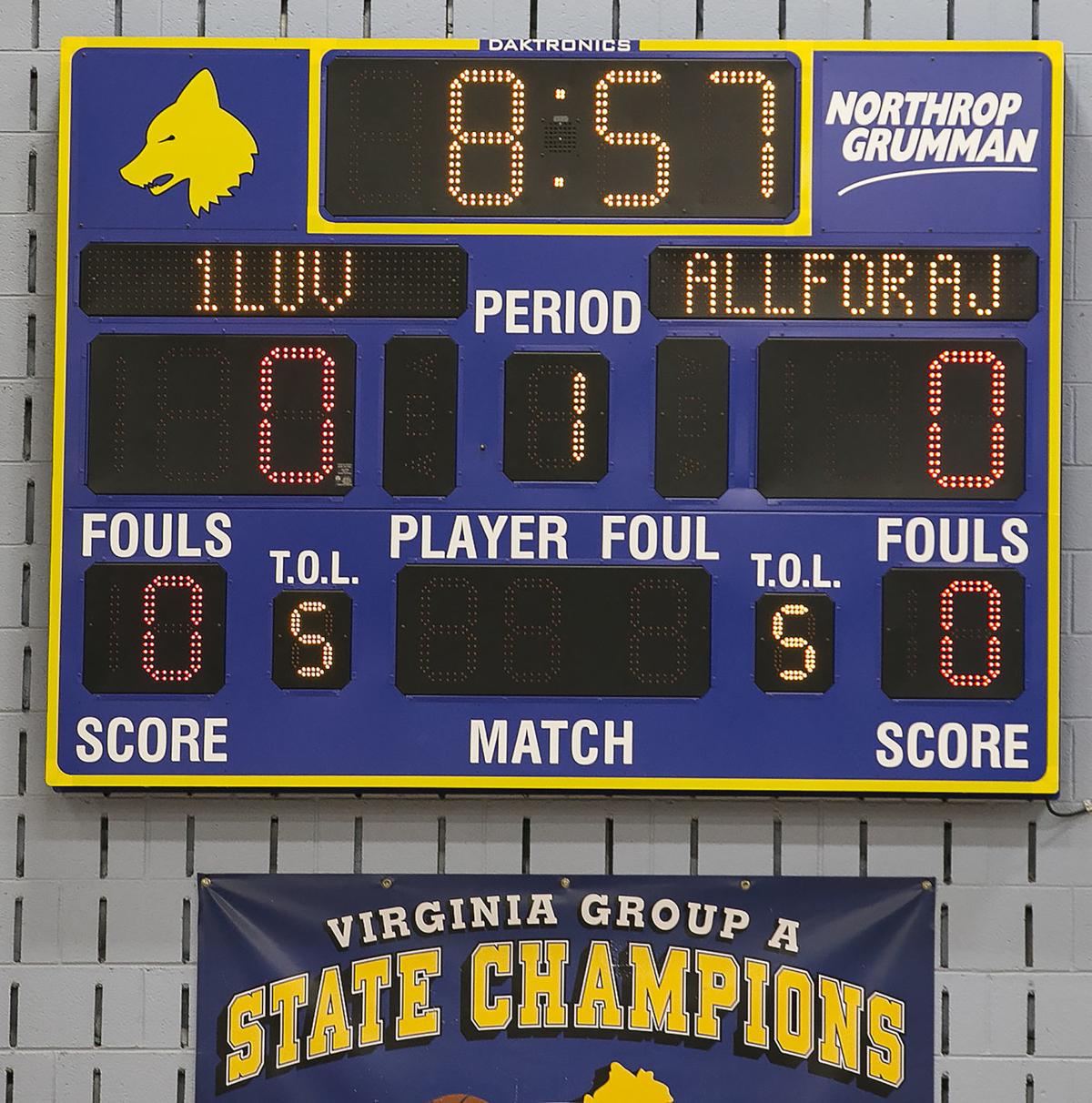 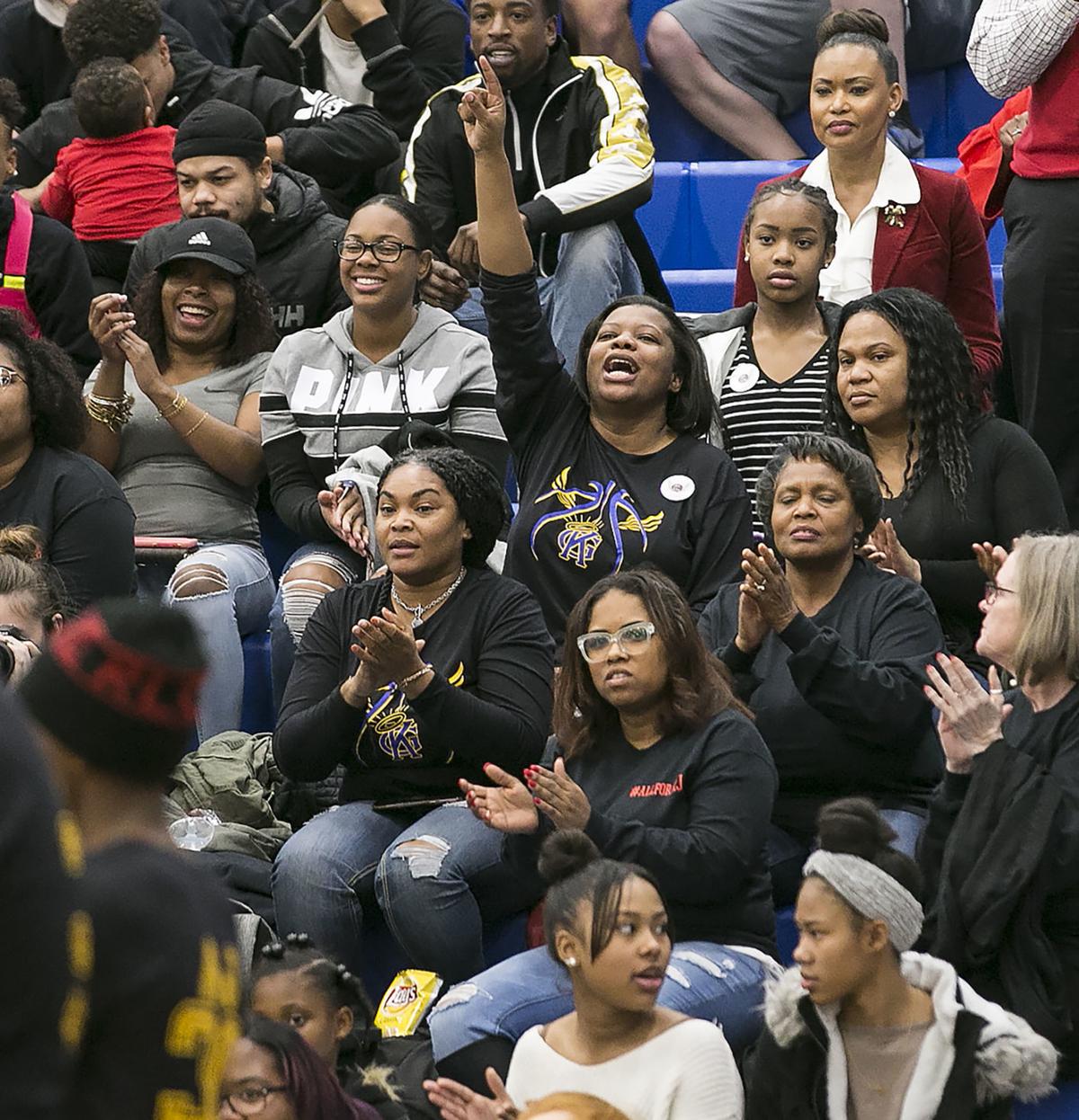 Lumped in among the matching black Nike PG 2.5 basketball shoes that paced about King George’s pregame huddle on Thursday night was a single pair of brown UGGs.

Their owner, Myra Frye, hoisted her right arm among the teenagers, counted down from three and led a chant of “One Luv!” The Foxes’ team motto has taken on new meaning in the eight days since Frye’s son, A.J. Gibson, collapsed and died during a game at Brooke Point.

As of Thursday afternoon a cause of death for Gibson was still pending, according to the Northern District medical examiner’s office.

When King George hosted Mountain View in its first contest since the tragedy, Frye could see her son in the LED lights spelling out “ALL FOR AJ” where “visitors” typically appears on the scoreboard.

She could smell him in the bouquet of white roses hand-delivered by Mountain View’s girls team earlier that evening.

And she could feel his trademark warmth in any number of gestures on a night dedicated to his memory.

T-shirts, 250 of them emblazoned with #AllFORAJ on the front and Gibson’s name on the back were available for $20 at the gate, with all proceeds going to the family. By halftime, the shirts had sold out with an additional 150 orders accepted online.

“I think this is what God’s love looks like,” Frye said. “And it’s been great.”

A banner depicting Gibson’s No. 30 jersey hung prominently near the home baseline. He’d worn No. 32 throughout his youth and AAU careers but selflessly deferred to an upperclassman upon making varsity for the first time.

“I’m sure he figured he’d get 32 back next year, because he’d be a senior,” King George coach Antron Yates said.

In the wake of Gibson’s death, the Foxes cancelled a game against Stafford and practiced just twice the following week. Before allowing his wards to touch a basketball, Yates held an open forum for them to parse a complicated set of feelings.

“A little bit of denial,” offered sophomore point guard Von Whiting, a childhood friend of Gibson’s. “Not knowing why but trying to work through it and be strong for my brothers.”

Frye said she’s still in the “feeling stage,” a visceral space she must occupy before healing becomes possible. On Thursday, a woman she’d never met approached Frye and announced matter-of-factly that she’d be purchasing her dinner.

“It’s just keeping me, and it makes me think that we should be this way all the time, not just in a crisis,” Frye said. “But it really helps my heart to know that that big teddy bear I love, this is a representation of that.”

From a basketball standpoint, Gibson went out on a high note. Before exiting midway through the second quarter of that fateful Dec. 4 contest, he’d scored six of the Foxes’ 11 points and had a hand in the rest of them through either rebounds or assists.

“He was playing a great game,” Yates said.

At 6-foot-1 and nearly 260-pounds, Gibson simply isn’t replaceable at center. At least, not with one player. King George will instead attempt to cobble together Gibson’s key attributes—his prolific passing and penchant for put-back points—with a front-court collective.

The strategy worked against Mountain View on Thursday, with the Foxes establishing a double-digit lead before eking out a 71-65 victory. Yates had just about finished chastising his squad for their 23 missed free throws when an unexpected visitor appeared in the locker room.

The man made his way toward the assembled coaches and players slowly and with the assistance of a cane. After a brief pause, Anthony Gibson addressed his late son’s teammates.

“You made A.J. proud,” he said. “I know he was looking down at y’all smiling. He loved y’all. And he did exactly what he wanted to do until the day he died.”