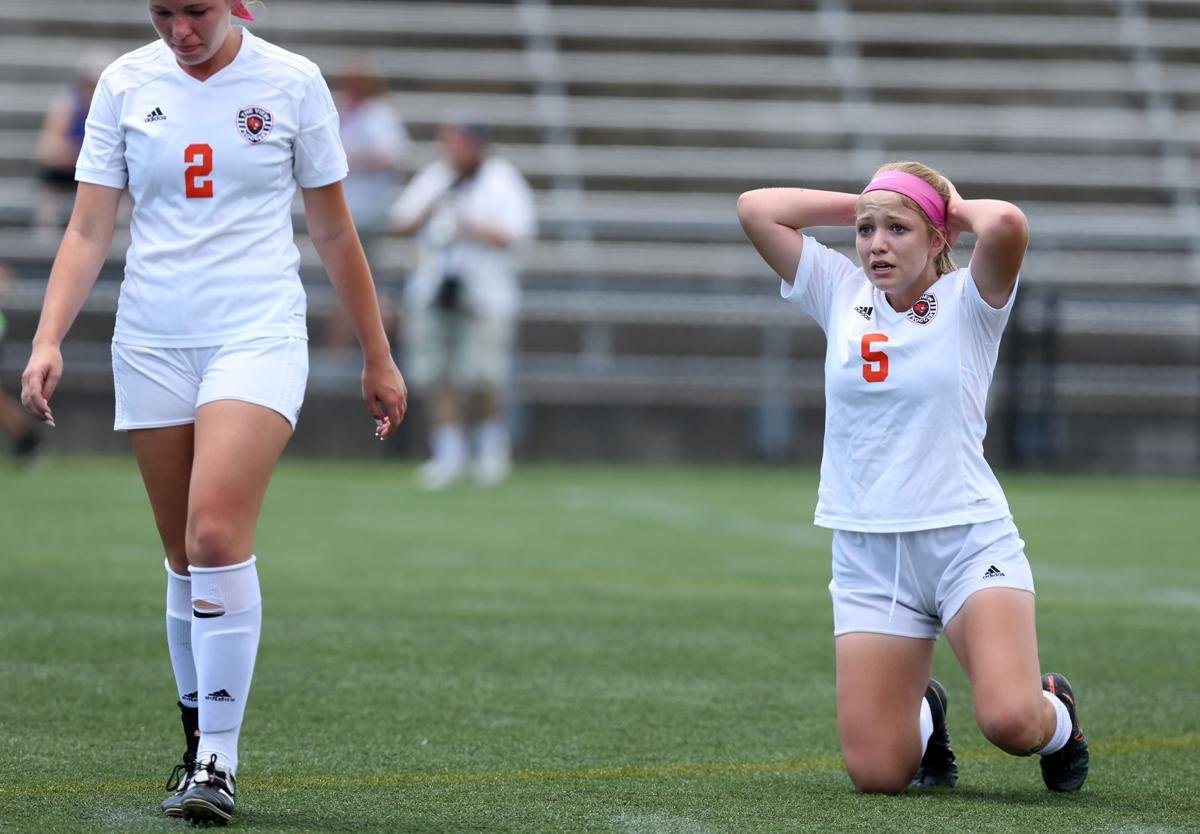 The Wildcats’ Lindsey Winkles (left) and Cassidy Butler (right) react Albemarle’s Leticia Freitas scored the day’s first goal late in Saturday’s 5A girls soccer championship game. The Patriots made the goal stand up and claimed the 5A title. 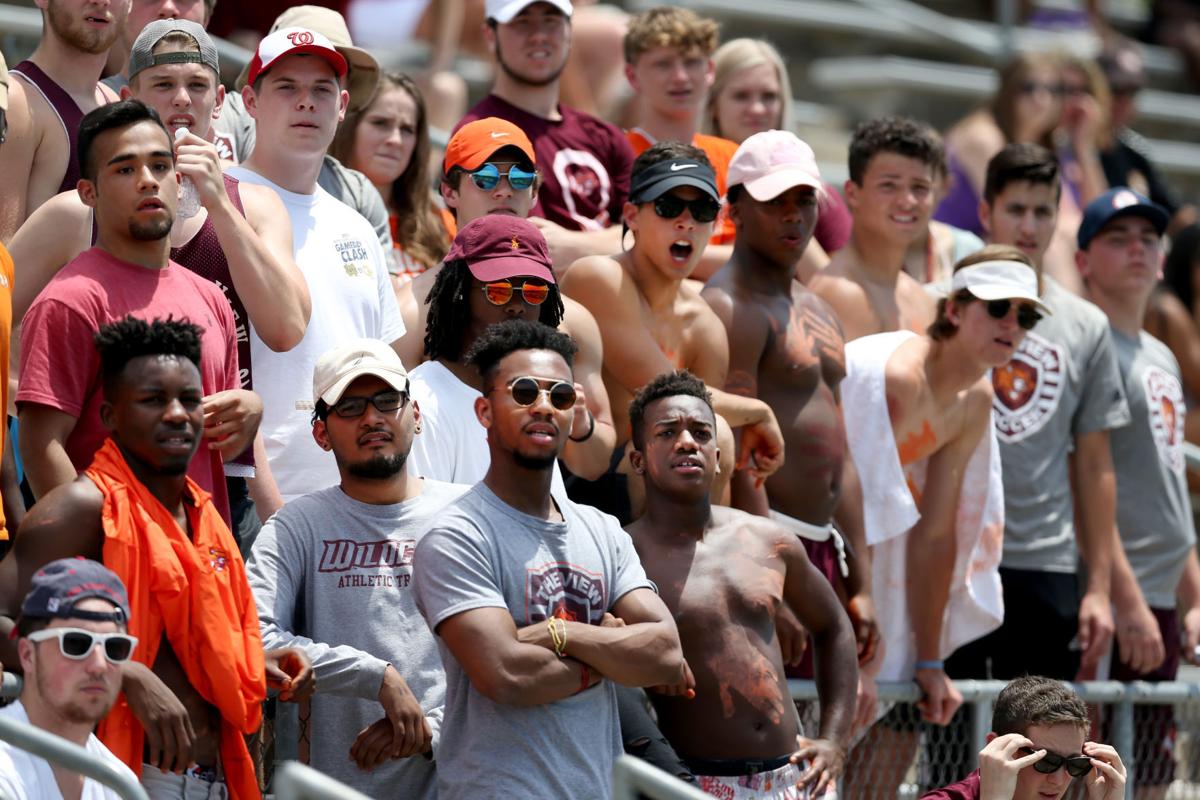 Wildcats supporters watch the game from the stands. The day was in the upper 80s—and hotter on the turf. 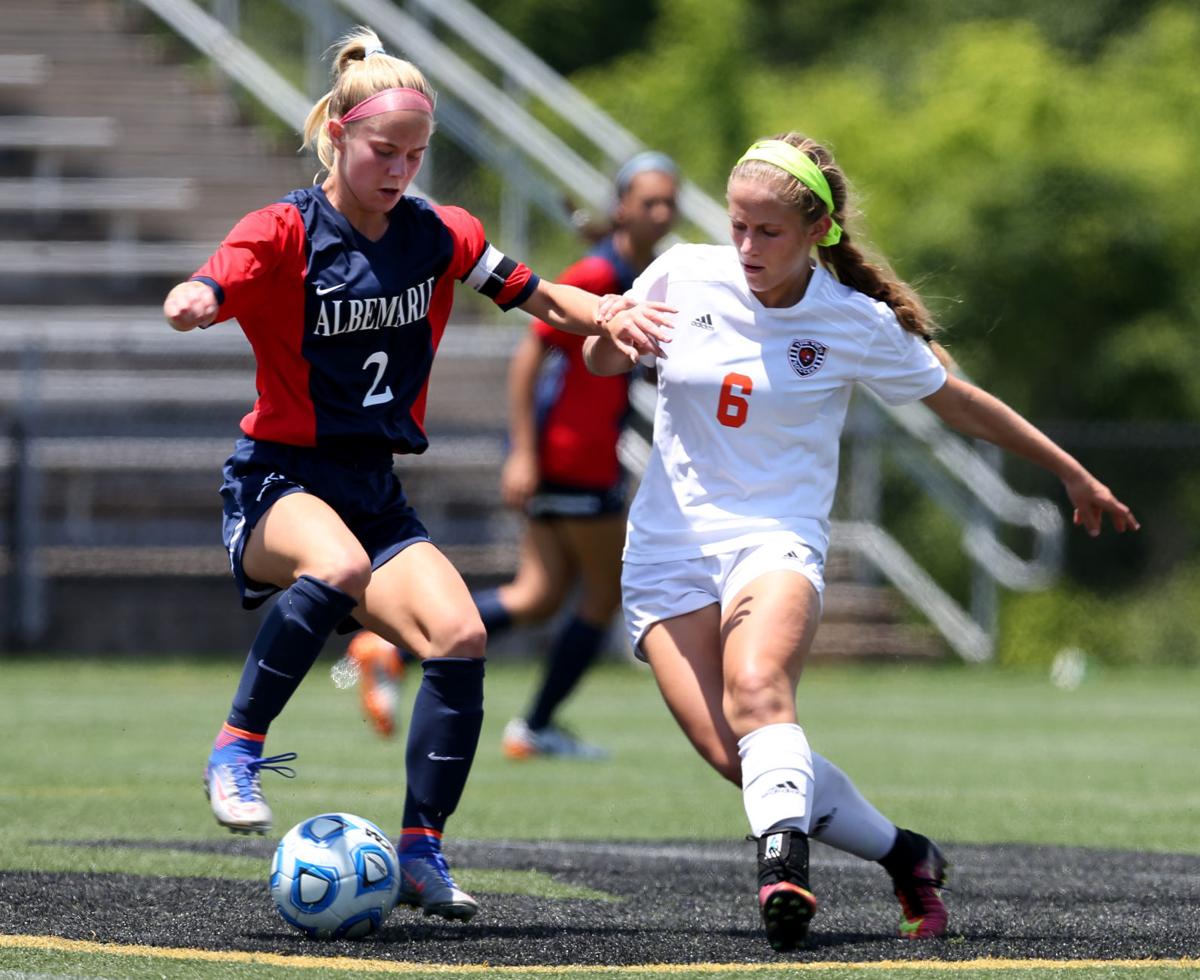 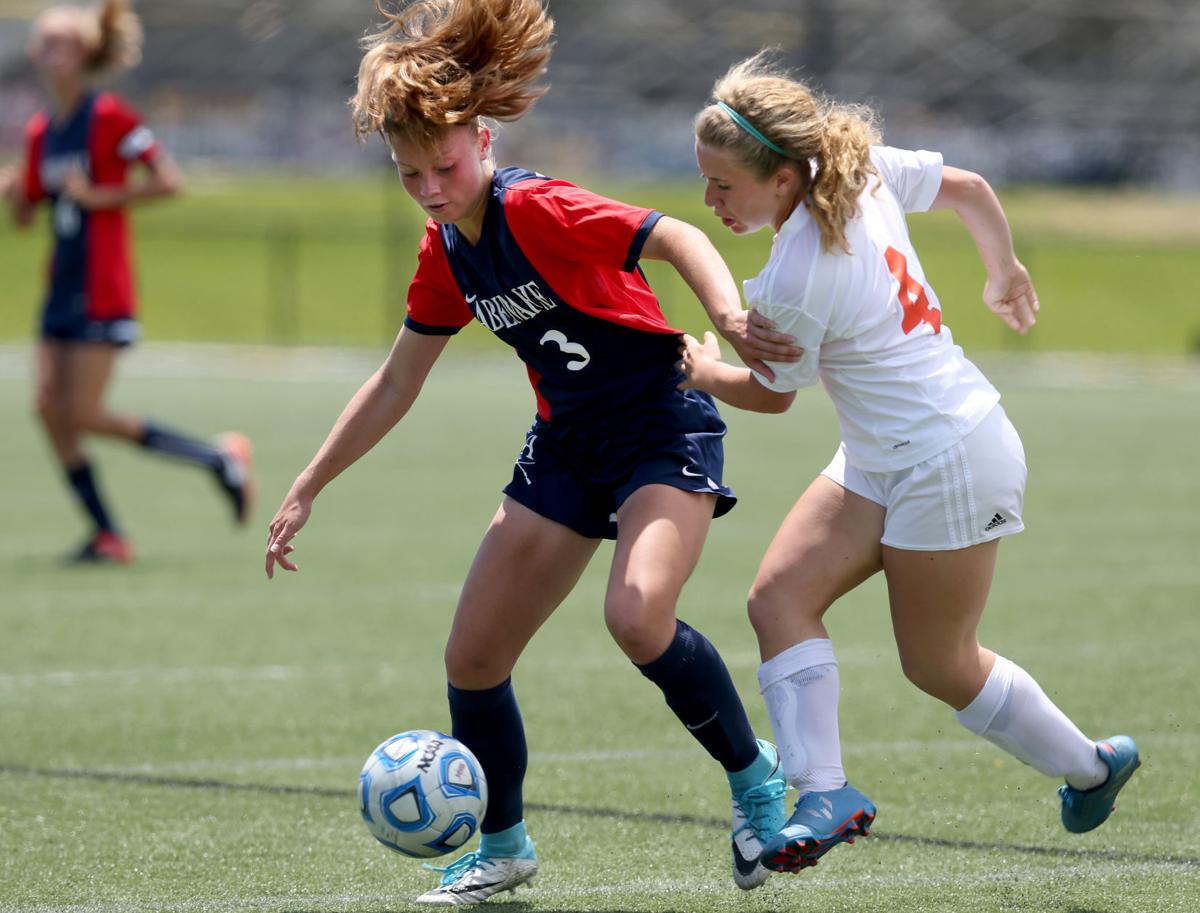 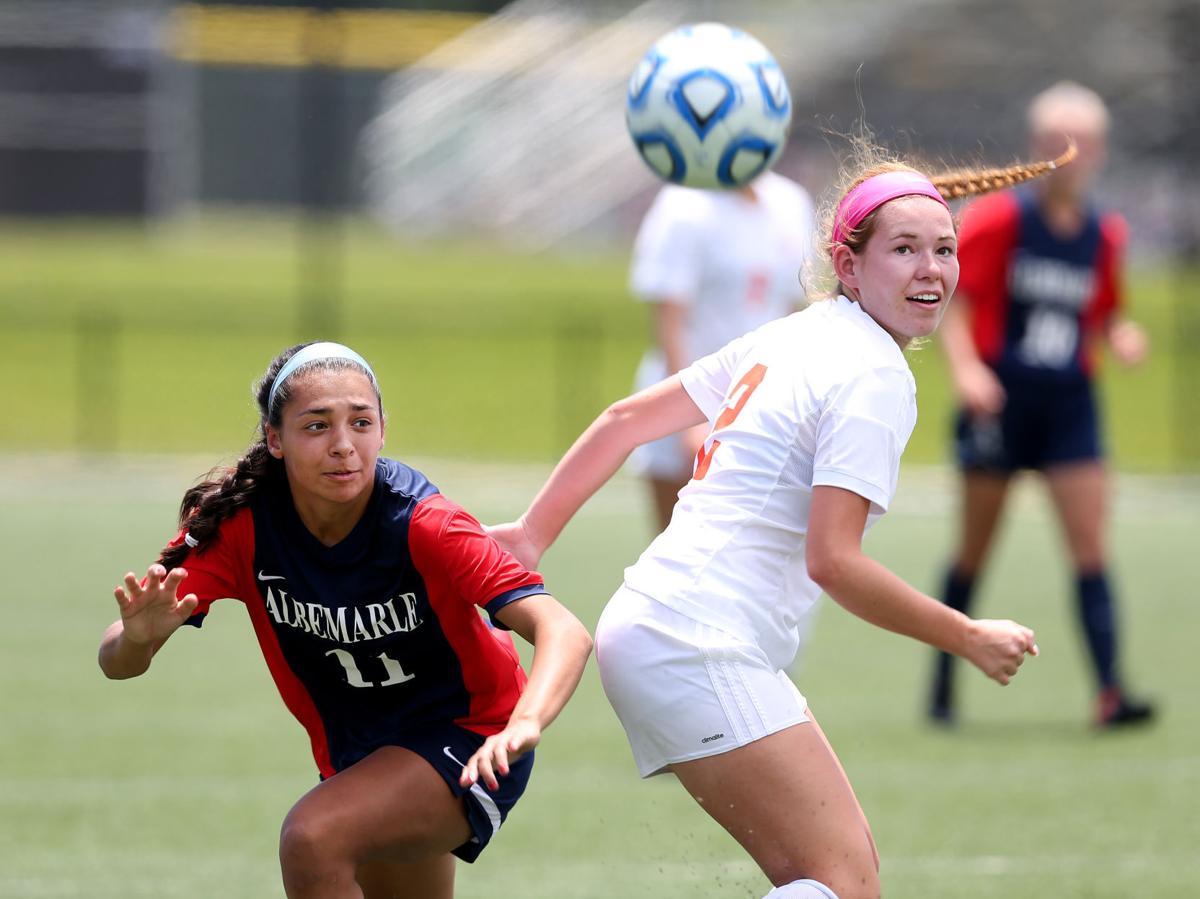 The Wildcats’ Lindsey Winkles (left) and Cassidy Butler (right) react Albemarle’s Leticia Freitas scored the day’s first goal late in Saturday’s 5A girls soccer championship game. The Patriots made the goal stand up and claimed the 5A title.

Wildcats supporters watch the game from the stands. The day was in the upper 80s—and hotter on the turf.

CHANTILLY—Insanity, by definition, is trying the same thing over and over and expecting different results.

So after two one-goal losses to unbeaten Albemarle this season, Mountain View coach Fernando Ramos and his staff decided on a new approach for Saturday’s 5A state girls soccer final.

The Wildcats deployed five defenders instead of their usual four, hoping to contain the high-scoring Patriots’ attack.

After 79 scoreless minutes on the sweltering Westfield High School turf, Albemarle’s Hannah Eiden split Mountain View’s defense with a gorgeous pass to fellow senior Leticia Freitas. Frietas slipped the ball past Mountain View goalie Jenny Bullers and into the net for a 1–0 victory that dashed the Wildcats’ dreams of a first state girls soccer title for a Stafford County school.

“I could see Hahhah with the ball, and I saw an open space,” Frietas said. “I saw their goalkeeper coming up, but I slid it under her.”

Only 51 seconds remained after Freitas’ strike, and Mountain View (19–4) couldn’t mount a reply, especially since leading scorer Megan Watts was limping on an ankle she had injured moments earlier. The Wildcats rarely challenged Albemarle goalie Aiyannah Tyler–Cooper all day.

“We played it safe,” Mountain View senior defender Morgan Ocetnik said. “What we were missing was that third forward.”

It’s pick your poison against Albemarle (23–0), which has an array of accomplished scorers.

Still, Gonzalez managed the game’s two best scoring chances in the first 79 minutes: a shot from a poor angle that sailed just past the far post early in the second half and a blast from the top of the box that cleared the crossbar with 12:27 left.

“I kept telling them, ‘You know our time is coming. Just keep pushing,’ “ Albemarle coach Amy Sherrill said. “We’ve got so many people who can score. You can’t just shut down one of our players.”

After playing 100 scoreless minutes over regulation and overtime in Friday’s semifinal win over Deep Run, the Wildcats were not quite as quick or aggressive in Saturday’s second half, as the temperature flirted with 90 degrees.

“”The girls bought into the system and did a great job,” Ramos said. “We just ran out of gas.”

Still, the Wildcats felt their best chance was a reprise of Friday’s path to victory, taking their chances on penalty kicks.

“If we could have withstood that last minute, I definitely think we could have pushed through and found a way to win,” senior midfielder Jensen Margheim said. “But we didn’t make good soccer decisions, and they deserved it. They’re a great team.”

There were few tears in the Wildcats’ postgame huddle. They’ll have to replace a core of seniors that includes Margheim, Bullers and defenders Ocetnik and Olivia Bolton. But Watts and Carly Laine are sophomores, and freshmen Brooke Burzynski and Megan Debernard proved themselves in the state tournament.

So perhaps a future run to the state final might be less ground-breaking and more expected.

“We put girls high school soccer back on the map in Stafford County,” Ramos said. “We made not only school history, but county history. That’s something they’ll always remember.”