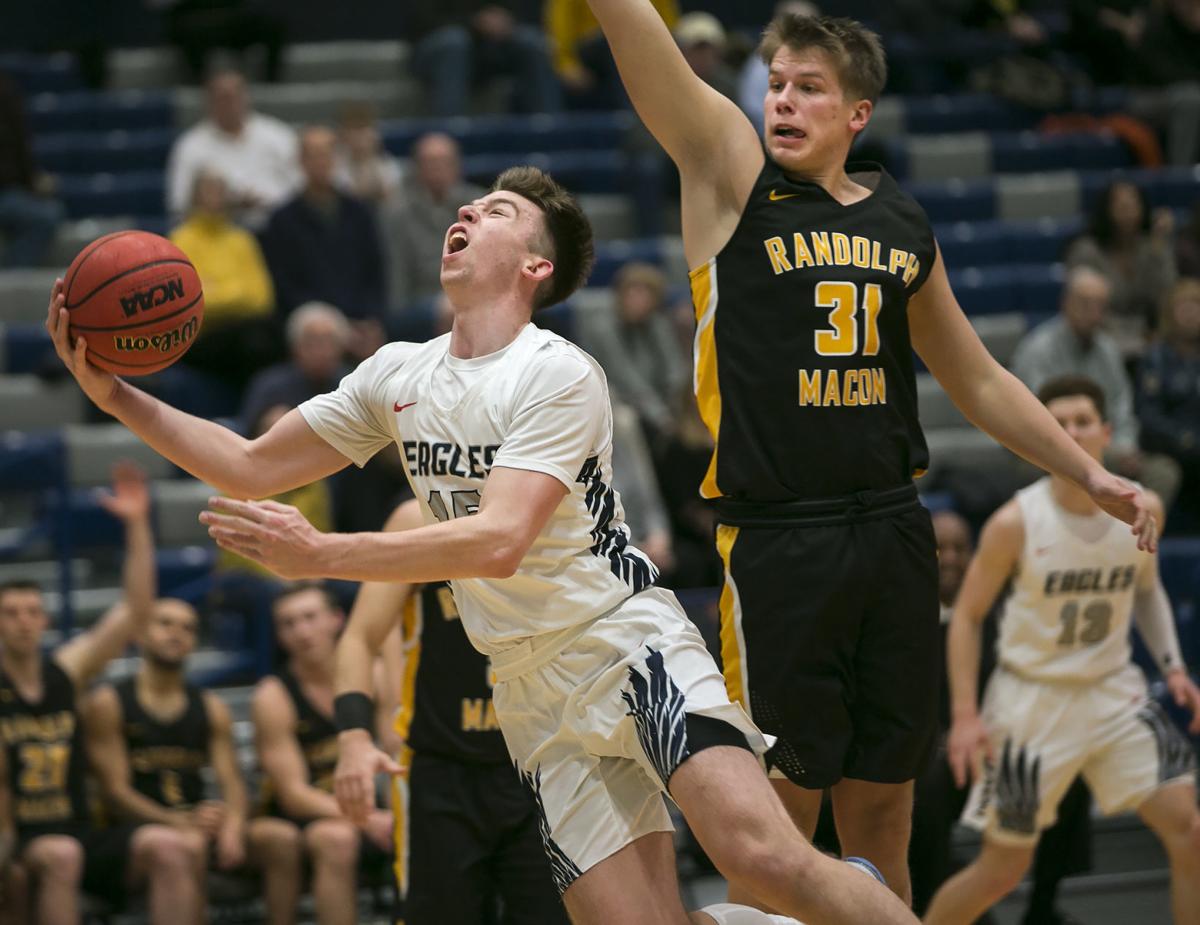 The Eagles’ Greg Rowson tries to put the ball up against pressure from Ian Robertson of Randolph-Macon. 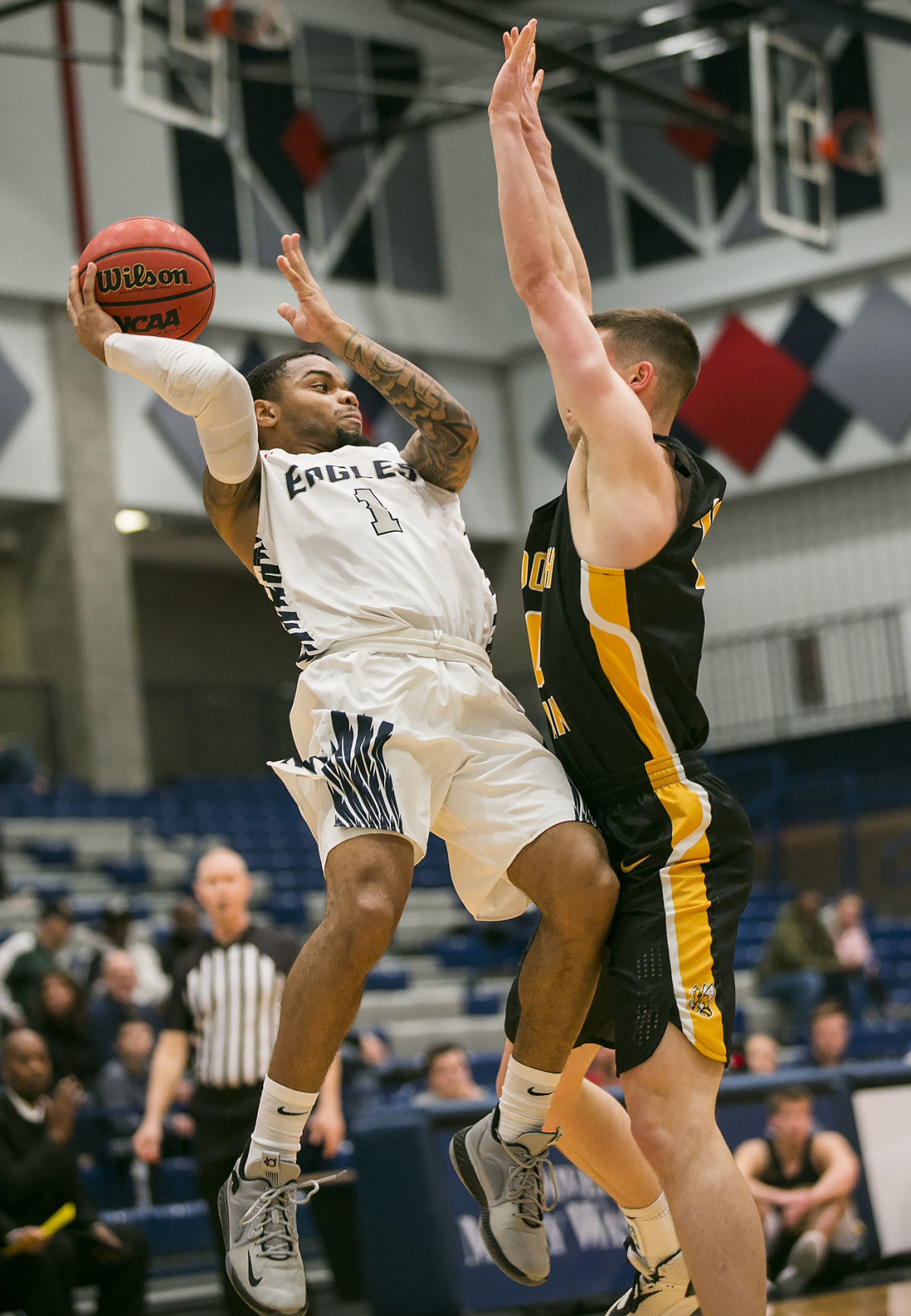 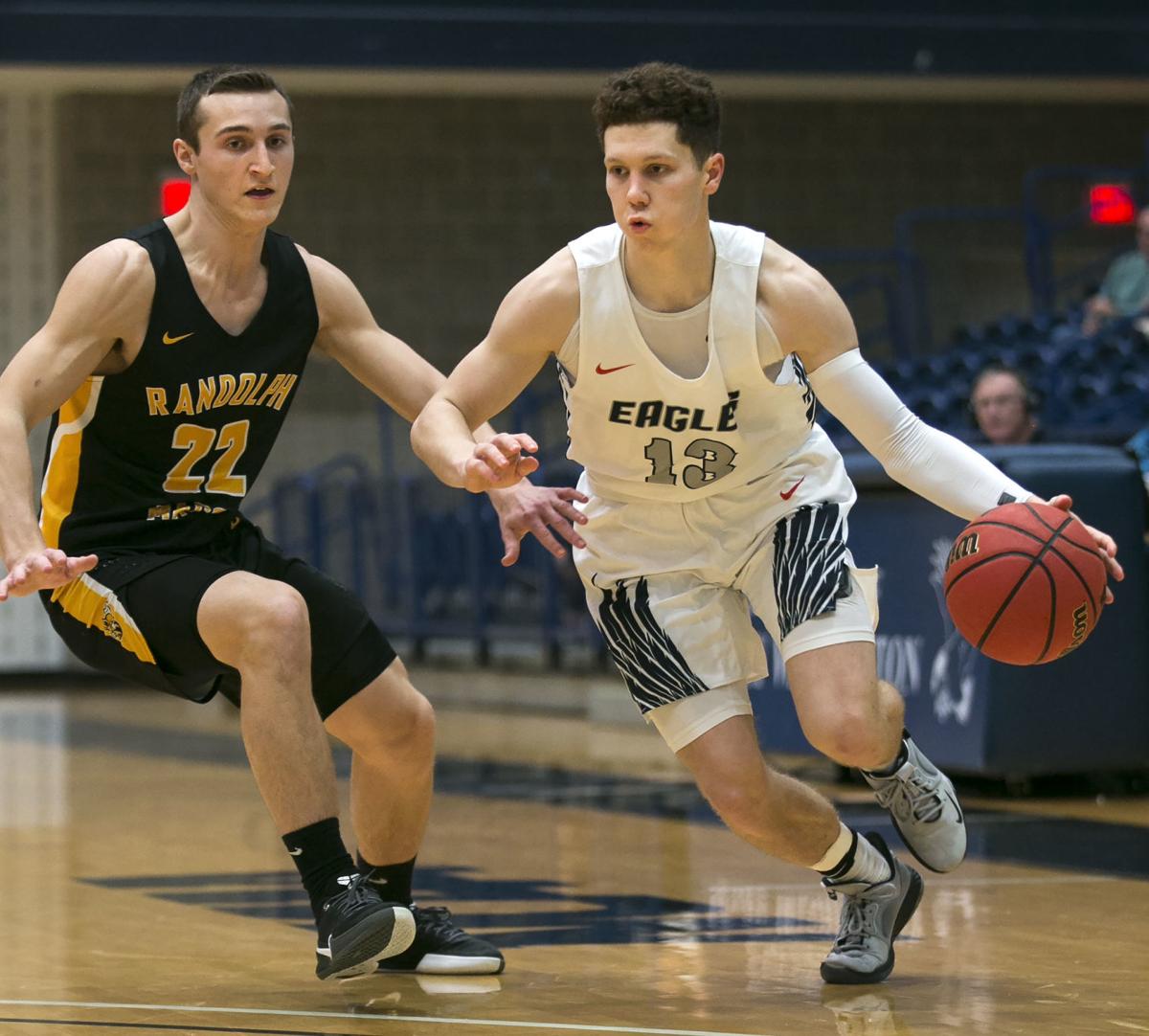 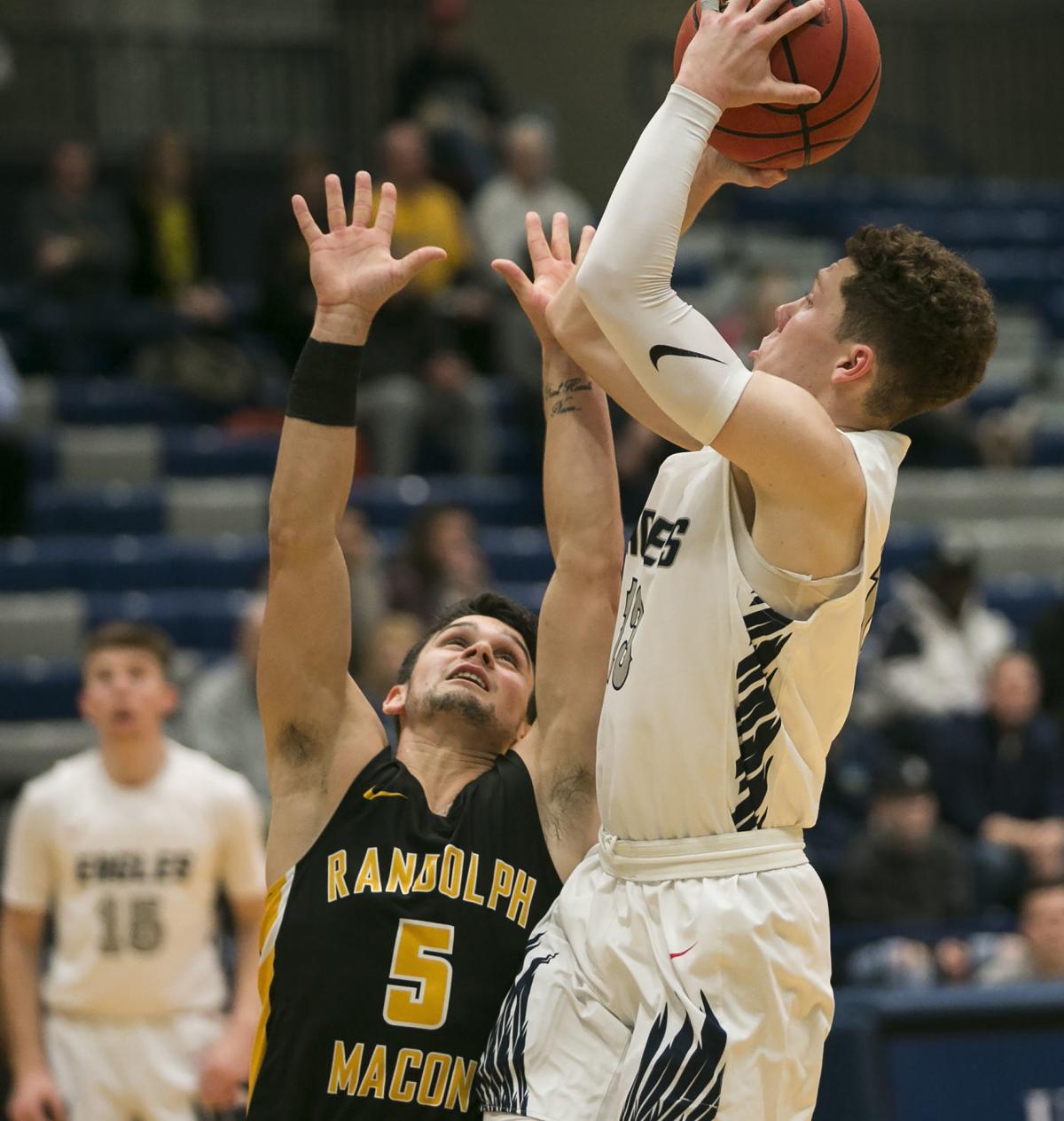 The Eagles’ Greg Rowson tries to put the ball up against pressure from Ian Robertson of Randolph-Macon.

A victory over St. Elizabeth in the consolation round of the Franklin & Marshall Holiday Tournament on Dec. 30 did little to soothe Mary Washington men’s basketball coach Marcus Kahn.

Kahn was still seething from a 23-point defeat to Susquehanna a day earlier.

The Eagles hadn’t played since that event until a visit from unbeaten Randolph-Macon Wednesday night at the Anderson Center.

During the layoff between games, Kahn held intense practice sessions that were more reminiscent of a team in first week of workouts than than halfway through its regular season schedule.

“It was more of, ‘It’s not between the ears, it’s in the chest,’” Kahn said. “We knew what needed to be done but were we willing to do it?”

Kahn got his answer against the Yellow Jackets, the No. 4 ranked team in the nation according to D3hoops.com.

The Eagles rallied from a 10-point second-half deficit to stun Randolph-Macon 70-65, handing the Yellow Jackets their first loss of the season.

The Eagles (10-5) are hoping the upset propels them into conference play, which begins on Saturday with a visit from St. Mary’s (Md.).

“It’s a big confidence booster,” Mary Washington junior forward Drew Johnson said. “We went at it for a week straight pretty much [in practice]. We know how much we needed this to bounce back. We’ve got some pretty bad losses but I think this one just sets the tone for conference play coming up.”

Kahn said practice during the lay-off was a “gut-check” for his team. It was also a heart check.

He implored several players individually to increase their effort.

Trey Barber, a versatile 6-foot-8 freshman forward, scored in double-figures for the first time since a 27-point outing in a loss to Pacific (Ore.) on Dec. 18.

Barber provided just 12 points and three boards in two games at Franklin & Marshall, but on Wednesday he delivered 15 points and seven rebounds against the Yellow Jackets. His 3-pointer tied the game at 56 with 5:20 remaining.

“That’s what we’ve been looking for,” Johnson said. “He’s been working hard every day and we’ve been waiting for this to come. I’m glad it was tonight.”

“We really needed to get a little grittier and I challenged each of those guys in different ways,” Kahn said.

The Eagles were still nursing their 67-65 advantage when Randolph-Macon’s Corey Bays misfired on a 3-pointer with 14 seconds remaining and Saunders collected the rebound.

“We just decided to stick to what we were doing and just trust the process,” Barber said.

The Eagles went on an 11-0 run and went ahead 51-50 on two Saunders free throws with 9:10 to play. Randolph-Macon regained the lead and was ahead 56-53 when Barber drained his pivotal 3. The Eagles didn’t trail the rest of the way.

They got two key baskets from reserve guard Ra’Shawn Cook down the stretch to keep the Yellow Jackets at bay.

“I’m really happy for him because he’s had a few tough games,” Kahn said of Cook. “He really had some big ones in big moments tonight.”

Anthony paced the Yellow Jackets with 16 points, 11 rebounds and 10 assists.