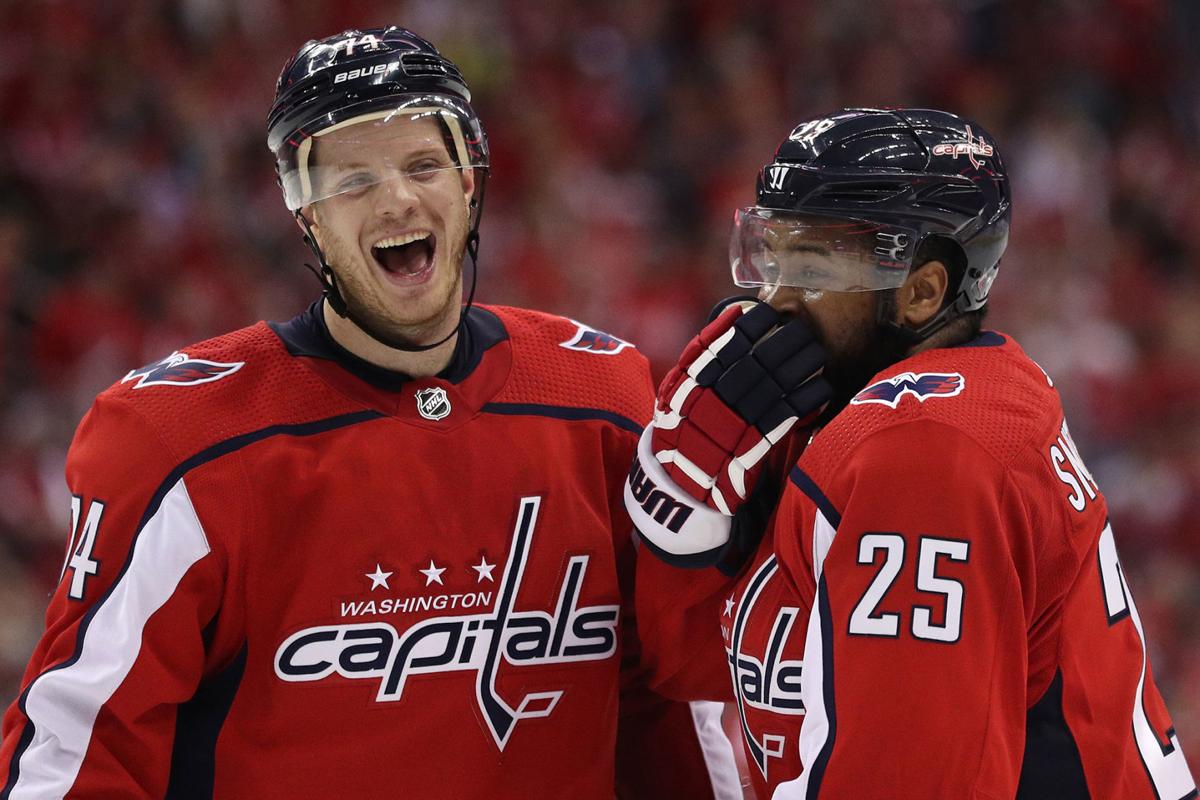 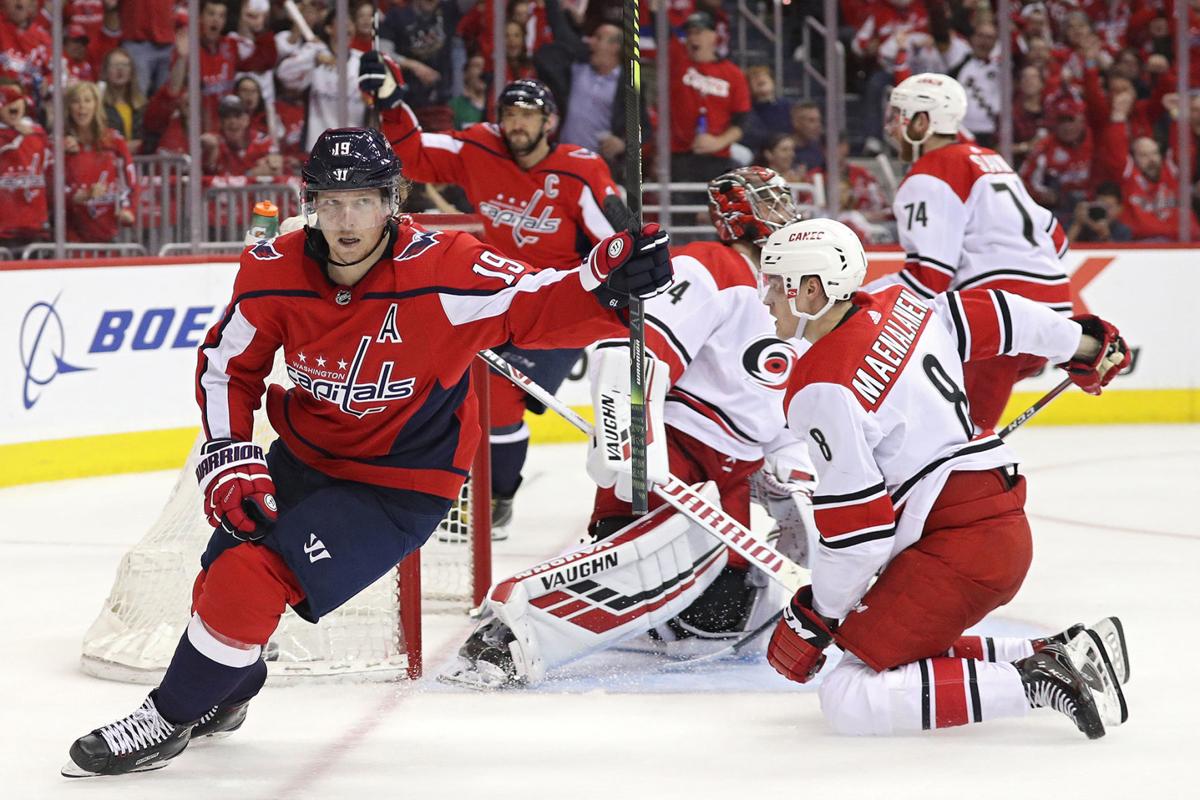 The Caps’ Nicklas Backstrom (19) celebrates after scoring a goal during the second period in Game 5.

The Caps’ Nicklas Backstrom (19) celebrates after scoring a goal during the second period in Game 5.

WASHINGTON—Braden Holtby isn’t one for grand pronouncements, so when he was asked if a blowout of the Carolina Hurricanes sent a statement, he put the spotlight inside the Washington Capitals’ locker room.

“To ourselves, I think,” Holtby said, “to show that when we play that way we’re going to be real tough to beat.”

The Capitals look as if they’ve found the swagger that led them to winning the Stanley Cup last year and can eliminate the Hurricanes in Game 6 on Monday night.

Washington is one win away from the second round and a showdown against former coach Barry Trotz’s New York Islanders. The Capitals blitzed the Hurricanes 6-0 on Saturday night, setting the stage for the chance to close them out on the road in Game 6.

“You don’t know the breaking point for any opposition,” coach Todd Reirden said Sunday. “This was a big part of our success last year, that we needed to invest and force the opposition to play a difficult game and eventually if you do it for long enough and you believe in the rest of your systems enough you will break them.”

After winning Games 3 and 4 to even the series, the Hurricanes look broken. They’re without injured forwards Micheal Ferland and Jordan Martinook, and coach Rod Brind’Amour said it’s “highly doubtful” rookie Andrei Svechnikov plays a week after being concussed in a fight with Alex Ovechkin.

It looked from Game 5 as if the Capitals had figured something out about the Hurricanes. Goaltender Petr Mrazek allowed six goals on 28 shots, and now the pressure is on Carolina at home to stem the tide from a playoff-seasoned opponent that knows how to finish series.

“We’re going to be desperate,” Hurricanes center Jordan Staal said. “It’s playoff hockey and yeah, we’re facing elimination so we’re going to be a desperate team and hopefully we play that way and we compete better than we did last game.”

Even after losing T.J. Oshie for the rest of the playoffs, the Capitals certainly won’t be. They advanced in their first opportunity to do so in all four series last year on the way to the first championship in franchise history and have developed something of a killer instinct.

Game 5 provided Washington a blueprint on how to grind down Carolina, and anything close to that will let the defending champion move on.

“We are sadly mistaken if we don’t think that effort and more is going to be required to win the elimination game against Carolina,” Reirden said. “We’ve got to again take our game up another level and I’ll be challenging our players to do that in a difficult building. If we can do that, I think we give ourselves a good chance.”