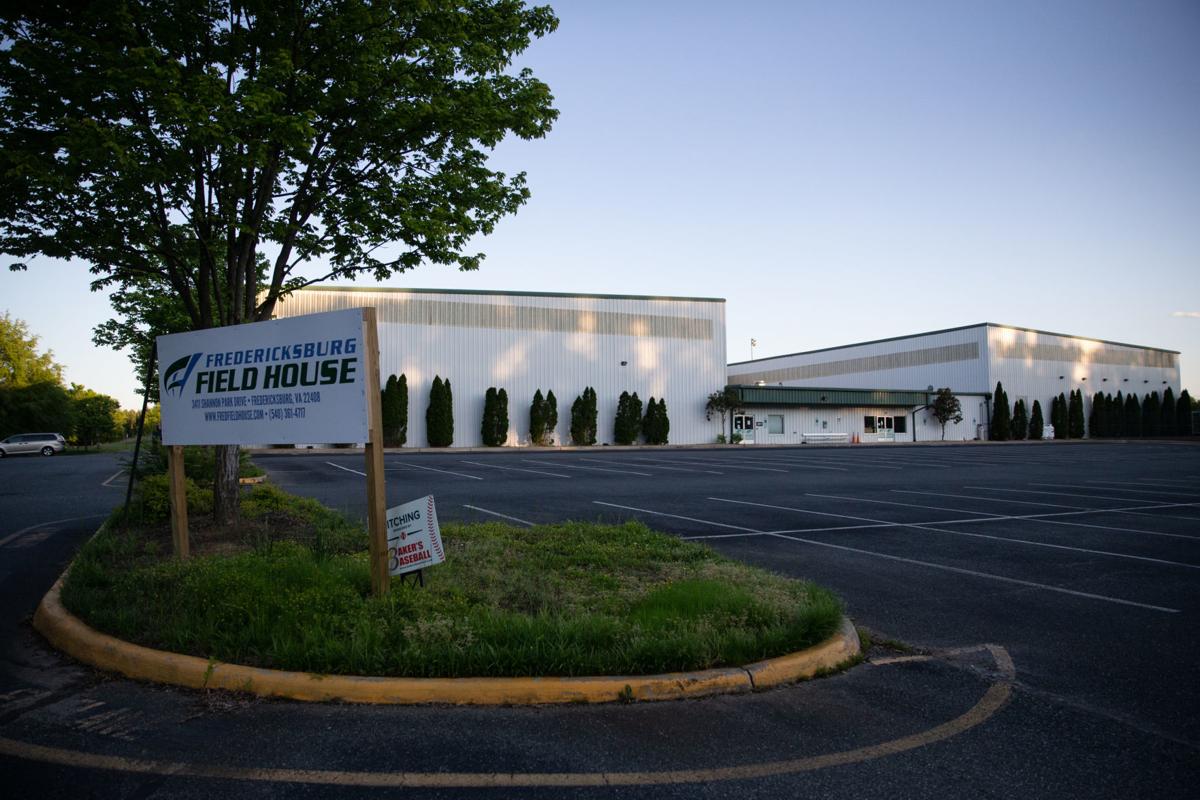 Closed since the state shutdown in March, the Fredericksburg Field House may still be dark when the state reopens May 15. 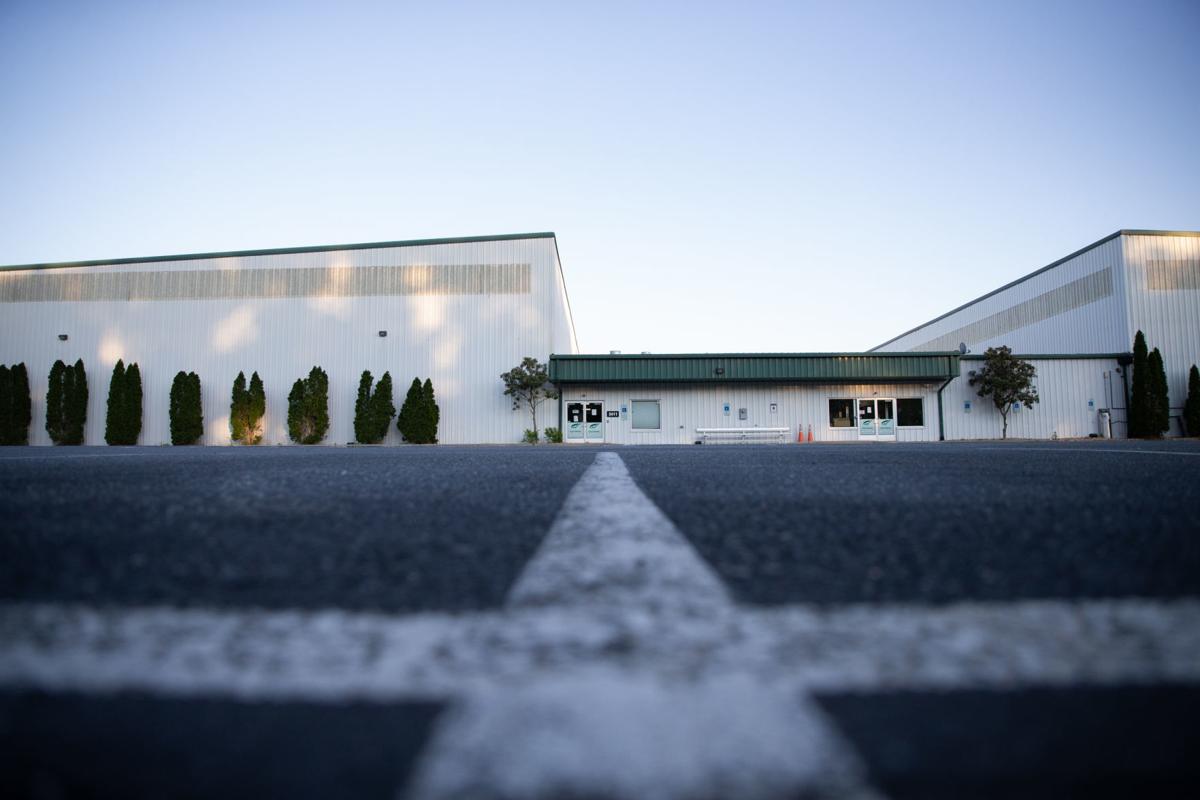 A sign tells the sad story of the Fredericksburg Field House’s current state of operation on Thursday. 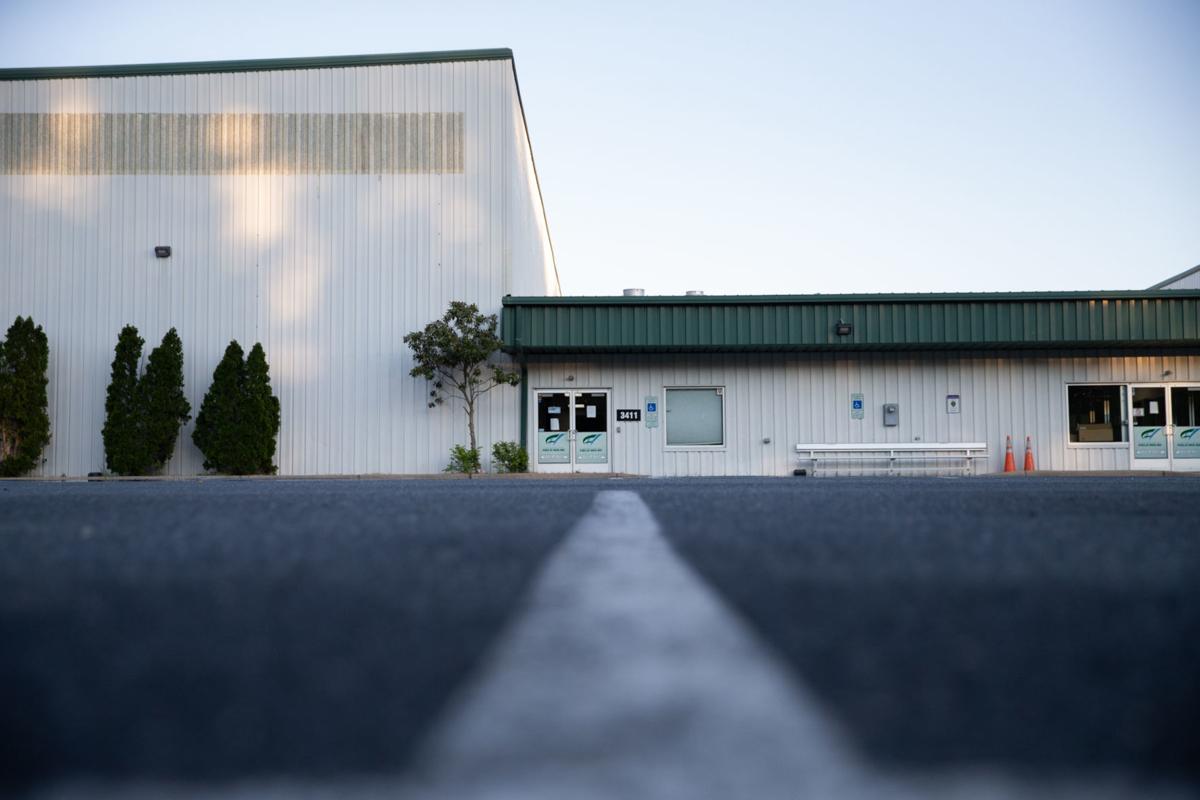 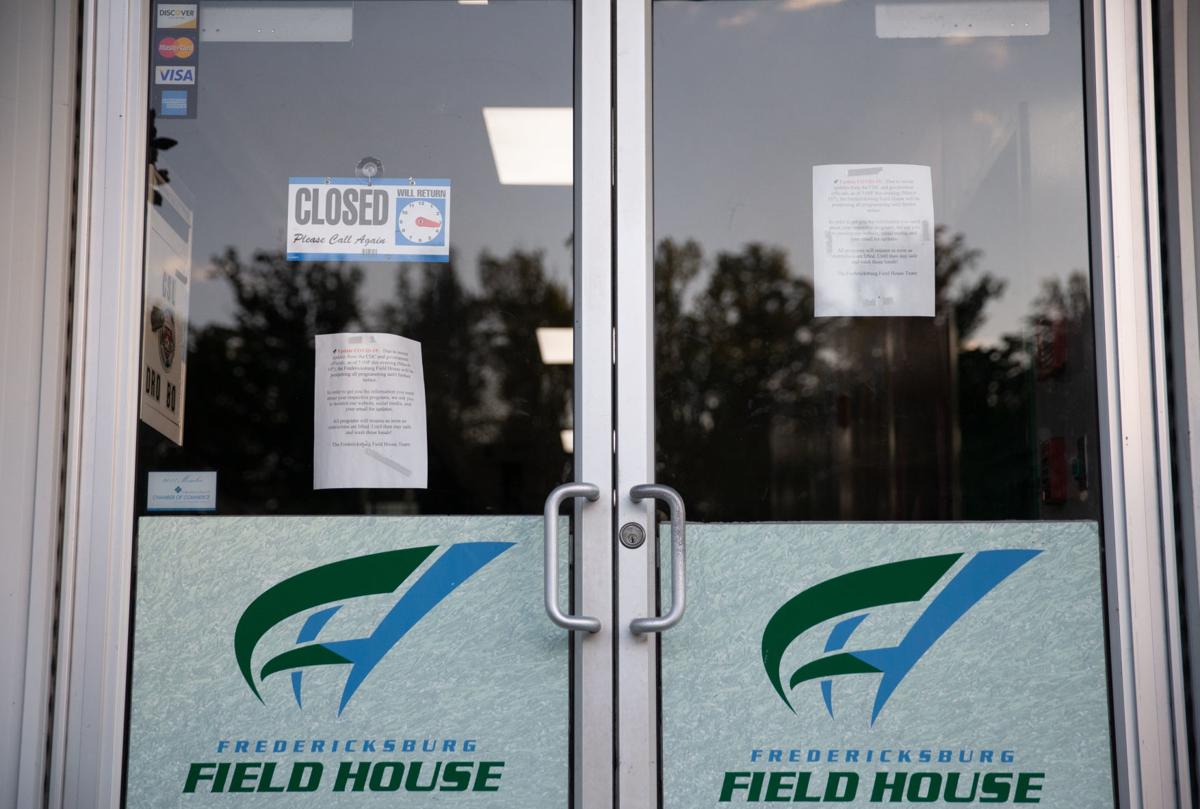 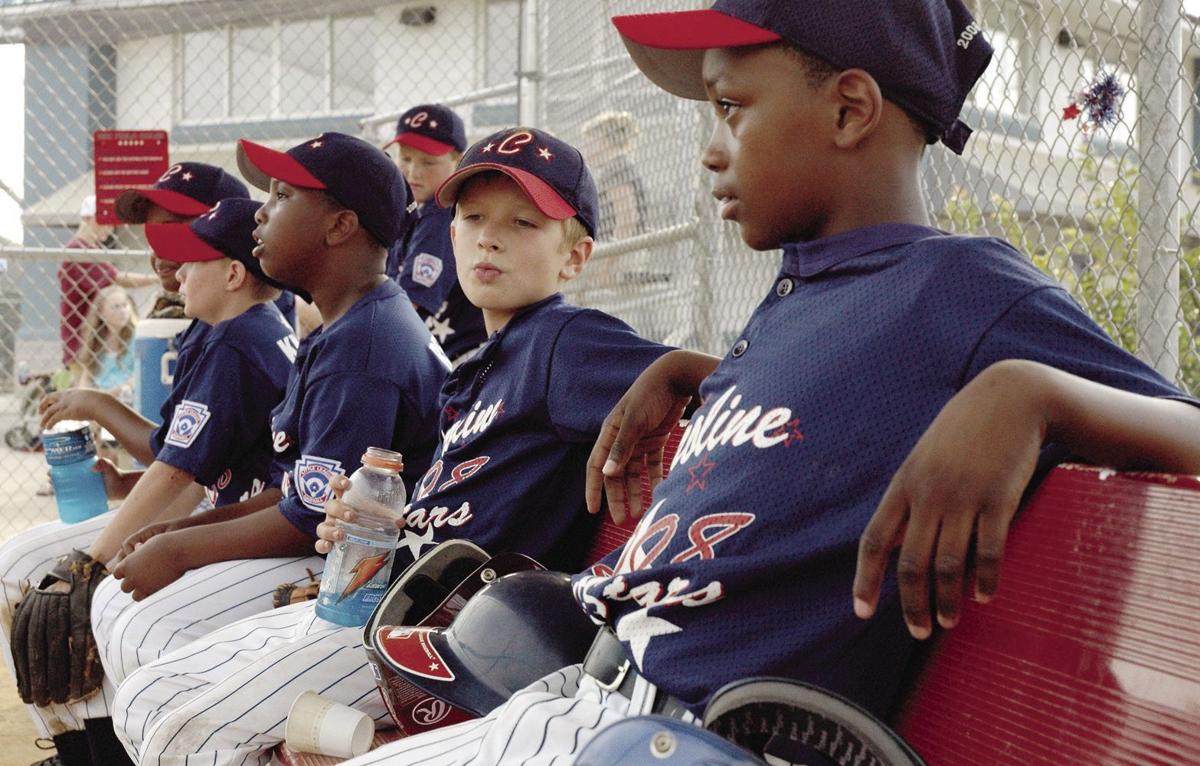 Little League baseball is on hold at Legacy Park Sports in Caroline County until the state’s reopening from the coronavirus shutdown is fully implemented. 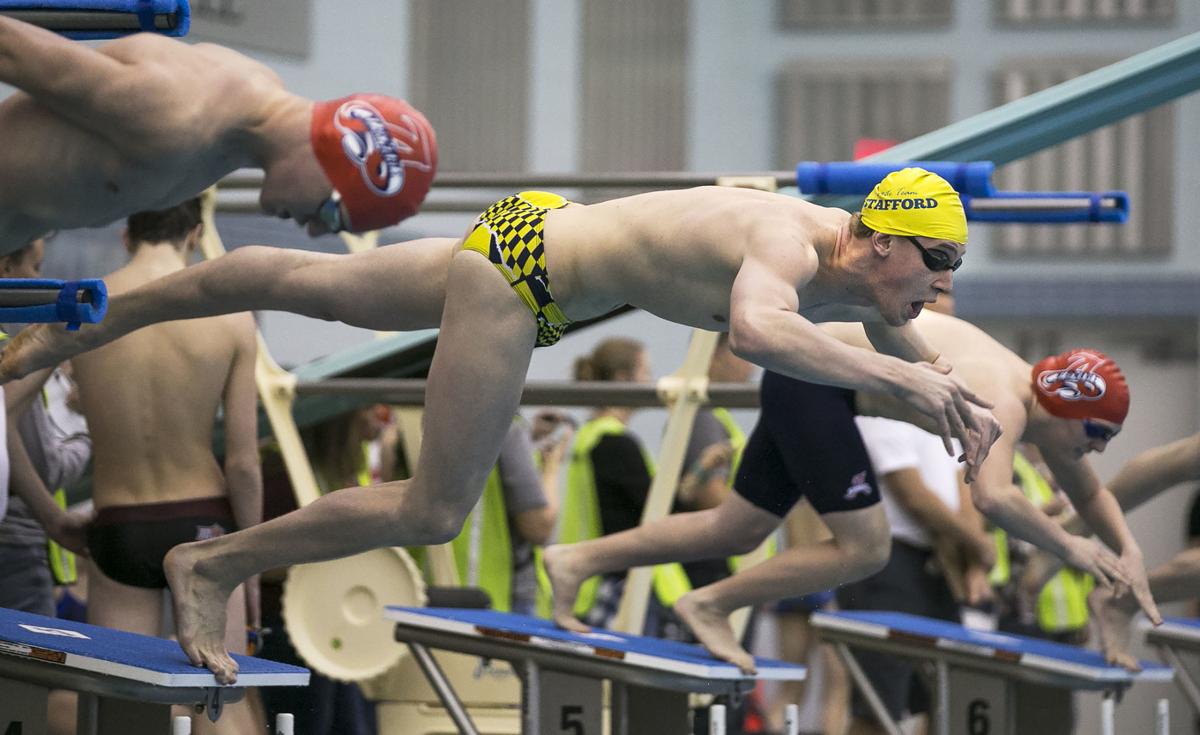 Swimming events are on hold at the Jeff Rouse Swim and Sports Center.

Closed since the state shutdown in March, the Fredericksburg Field House may still be dark when the state reopens May 15.

A sign tells the sad story of the Fredericksburg Field House’s current state of operation on Thursday.

Little League baseball is on hold at Legacy Park Sports in Caroline County until the state’s reopening from the coronavirus shutdown is fully implemented.

Swimming events are on hold at the Jeff Rouse Swim and Sports Center.

Shawn Mills was thrilled about the relaunch.

Mills’ ownership group finalized the purchase of a majority stake in the Virginia Sports Complex in March 2019.

Between last April and October, the Caroline County complex, which features baseball and softball fields and a 40,000-square-foot indoor facility, held a tournament or showcase event each weekend.

The former VSC has been rebranded to Legacy Park Sports and Mills’ group added a basketball instructor who helped organize a 750-player tournament that was set for the first weekend of April.

But two weeks before tip-off, the coronavirus pandemic took over the nation and sports at all levels seized.

Mills and other owners of Fredericksburg-area sports facilities are in a holding pattern.

“When you talk about the impact the only bigger impact you could’ve had is if something had actually damaged the facility,” Mills said. “That hasn’t happened. But as far as any type of activity, everything has shut down. Zero revenue, zero visitors to the park, absolutely nothing.”

Gov. Ralph Northam extended Executive Order 53 to restrict the opening of nonessential businesses to May 14.

Northam announced he anticipates Phase 1 of reopening to begin May 15, but with safety measures in place such as no gatherings of 10 or more people and continued social distancing.

NO CASH, NO GAMES

While health clubs and gyms can operate in that fashion, it’s difficult for sports facilities like Legacy Park Sports and the Fredericksburg Field House in Spotsylvania County which make revenue from competitive sports.

“I wouldn’t call it exactly crystal clear as to what we can and cannot do,” said John Wack, whose parent company Eastern Sports Management owns and operates the Fredericksburg Field House and runs the Rouse Center in Stafford County. “We’re trying to get more clarity before we make any decisions. Obviously the most important thing is keeping our staff and our customers safe. At the same time, we want to be responsive to our customers’ needs.”

The field house offers a variety of indoor sports for youth and adults. The Rouse Center has a swimming facility as well as a wellness center and basketball courts. Each has been closed since March 17.

He said immediately upon closure he was forced to lay off all employees with the exception of the general manager and assistant manager at the Rouse Center and the GM of the field house.

The company then applied for and received a Paycheck Protection Program loan from the federal government which allowed him to bring back some full-time workers.

“We are trying to figure out when and how to reopen and that is largely what the people have been doing that we’ve put back to work,” Wack said.

He said he’s gauging the community to see how ready people are to get back into competitive activities.

He said many people are eager to return, but “a certain number of folks may never leave their house again.” He said his company is trying to find a middle ground and provide recreational opportunities but also be socially responsible.

He compared this situation to the 2008 recession when many believed recreational facilities would suffer as a nonessential household expense.

“We didn’t see any downturn,” Wack said. “People consider their recreation and fitness a necessity. I think that’s going to remain true in a post-Covid world.”

Legacy Park Sports has four full-time employees and typically begins hiring seasonal help in the middle of March. Mills said the company hasn’t had any layoffs, but he’s unsure how long that can continue. He declined to comment when asked if Legacy Park Sports has received any government assistance.

“It’s difficult because there is no revenue coming in, so you can only [continue paying people] for so long,” Mills said. “They’re good folks and we’re doing everything we can to keep them on board. Hopefully this thing blows over soon.”

Mills describes himself as an “eternal optimist.” He said he has confidence in the future of sports facilities like his, but acknowledged in a post-pandemic era there will be a “new normal.”

The facility is partnering with Kings Dominion to provide entertainment for families of players and is also offering sightseeing trips to Washington. They’re accepting registrations and Mills said they will provide full refunds if the pandemic prevents the tournaments from occurring.

“I’m the person who looks at it and says out of every adversity lies the seed of an equal or greater benefit,” Mills said. “I know that as Americans we’re going to figure out a way. There will be some things to come out of this that people would’ve never come up with had something like this not happened.”

With sports shut down virtually all over the world by the coronavirus, athletes—like the rest of us—are adjusting to a new dynamic. This is part of a series of reports on prominent local athletes affected by the hiatus.