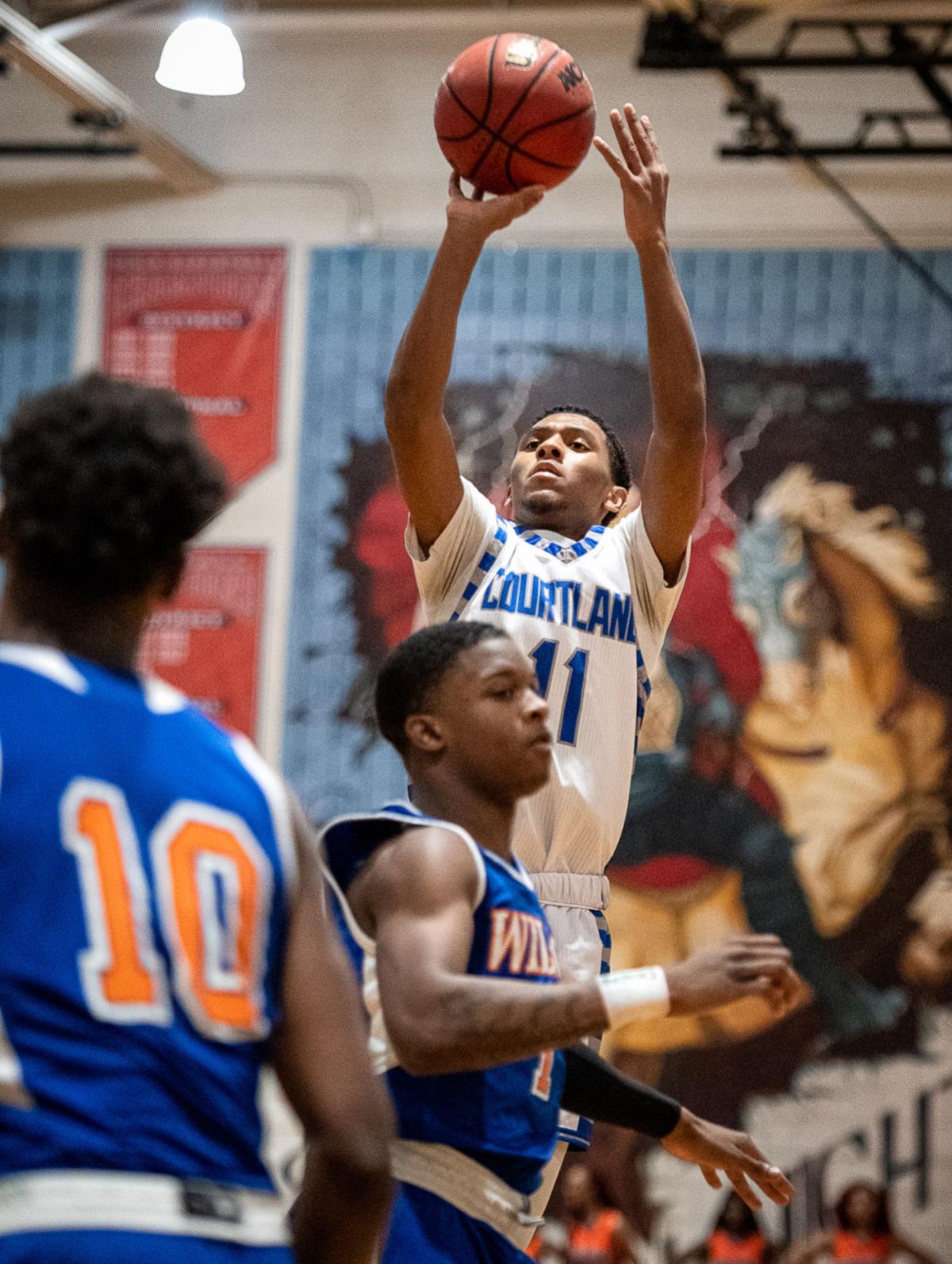 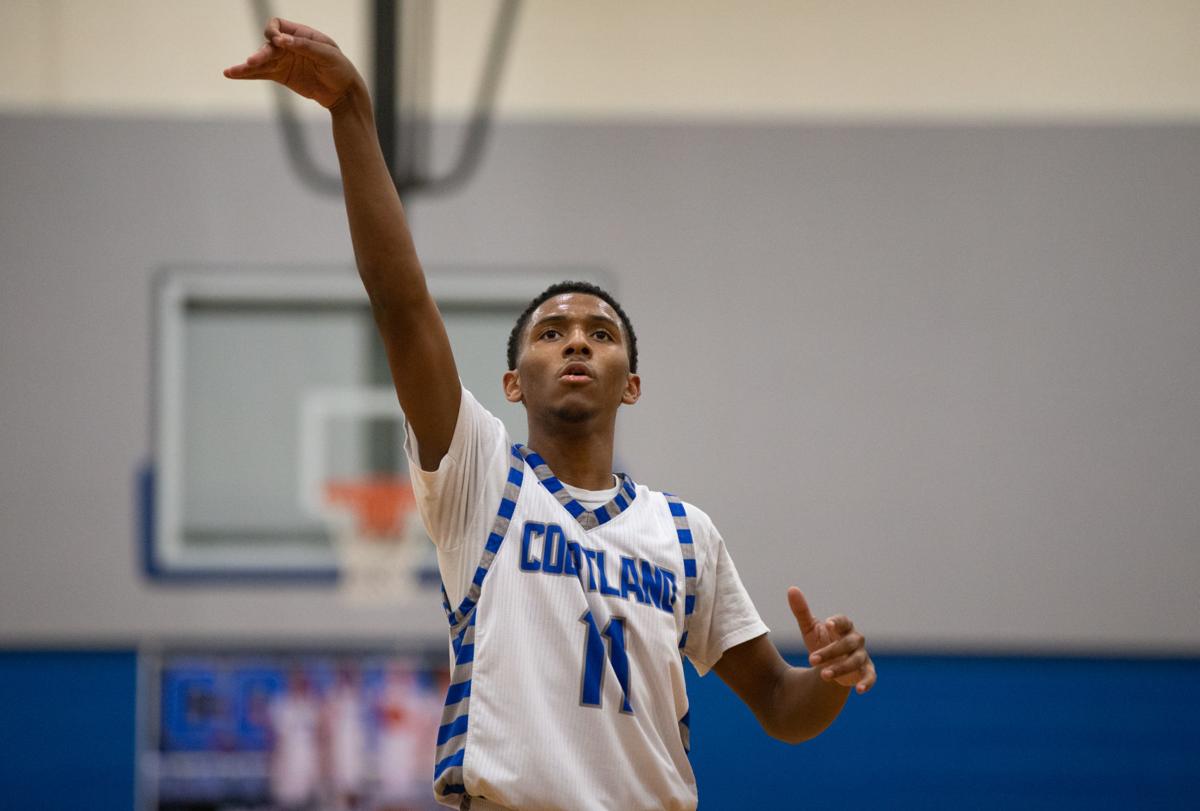 Khai Seargeant was anxious to adjust to life as a college student-athlete.

Josh Campbell believes the clock is ticking on his future after spending an extra year in high school following a grade reclassification.

The two Fredericksburg-area basketball standouts are now in flux.

Each accepted a scholarship offer to Richard Bland College, a junior-college program in Petersburg. The Statesmen announced on Wednesday that they’re suspending all athletic programs in 2020–21 because of the COVID-19 pandemic and will allow incoming athletes to transfer.

Campbell, a former Carmel School shooting guard, requested out of the national letter of intent he signed earlier this spring. But he’s concerned his options are limited because of the late date Richard Bland announced its plans.

Seargeant, who was named Free Lance-Star player of the year after helping lead Courtland to the Class 4 state quarterfinals in March, said as of now he’s committed to attending Richard Bland as a student and returning to the court in 2021–22. But he won’t rule out exploring other options.

“When I first heard, it I was shocked,” Seargeant said. “I think I was the last on the team to know. It hurt me a little bit just to know that’s what I want to do. My first year in college, I wanted it to be a good experience. Just to play ball would mean everything to me, so knowing it might not happen did hurt me.”

Seargeant said he has to remain steadfast and “keep fighting through it, keep doing what I need to do to get where I need to be.”

He averaged 21.5 points per game for the Cougars last season. He was named Battlefield District and Region 4B player of the year and first-team all-state.

He was looking forward to playing for Westmoreland County native Andrew Lacey, who would be entering his second season as Richard Bland’s head coach. Lacey, a former Washington & Lee football and basketball standout, wasn’t available for comment.

“While RBC Athletics is disappointed in having to suspend competitions in 2020–21, the College will not put its student-athletes, coaches and staff at risk knowing the potential threat the COVID-19 pandemic imposes,” Statesmen athletic director Scott Newton said in a statement released by the school this week.

Newton went on to say that Richard Bland intends on returning to play next season. The school fields teams in men’s and women’s soccer, women’s volleyball, women’s beach volleyball, men’s basketball and softball.

Colonial Forge graduate Josiah Jones also committed to play basketball for the Statesmen. Jones said as of now he remains committed. He said he'll spend his freshman year working on getting acclimated academically and play in 2021-22.

Recent Massaponax graduate Emily Sowa had committed to play softball for the Statesmen.

“We’re just stuck in this predicament now,” Campbell said ... "It’s hard because I didn’t have any other offers when I was in high school.”

He was a part of a brief virtual meeting with Lacey and other players explaining the cancellation of the season earlier this week. Seargeant didn’t participate.

“[Lacey] told us the season was canceled and it was out of his hands,” Campbell said. “He didn’t really say much. He said he’s still the coach and they plan on having athletics next year. I didn’t get that much information out of it.”

Campbell said that since he announced on Twitter that he’s reopening his recruitment, he’s heard from a handful of junior college and Division III programs. One of those is Garrett (Md.) College, where former Carmel teammate Izaiah Alexander is a rising sophomore.

Campbell and Seargeant received sizable partial scholarship packages from Richard Bland and aren’t sure what they’ll get on the market at this stage.

“The biggest thing with D-III is they can’t give out full rides and they’ve already spent most of their money on their kids,” Campbell said. “They’re not going to have a lot to give me.”

Campbell ruled out a postgraduate year because after reclassifying in high school, he’ll turn 20 in November and he’s ready to experience college life.

Seargeant is keeping his options open. Richard Bland is expected to give students the choice of online or in-person classes this fall. Seargeant said he’s weighing going forward with the Statesmen, but isn’t ruling out accepting the right offer from another program.

“I’m thinking about staying and just getting used to doing my schoolwork for the first year and next year playing ball,” Seargeant said. “I’m just going to take it slow, weigh all my options and see what’s best for me.”