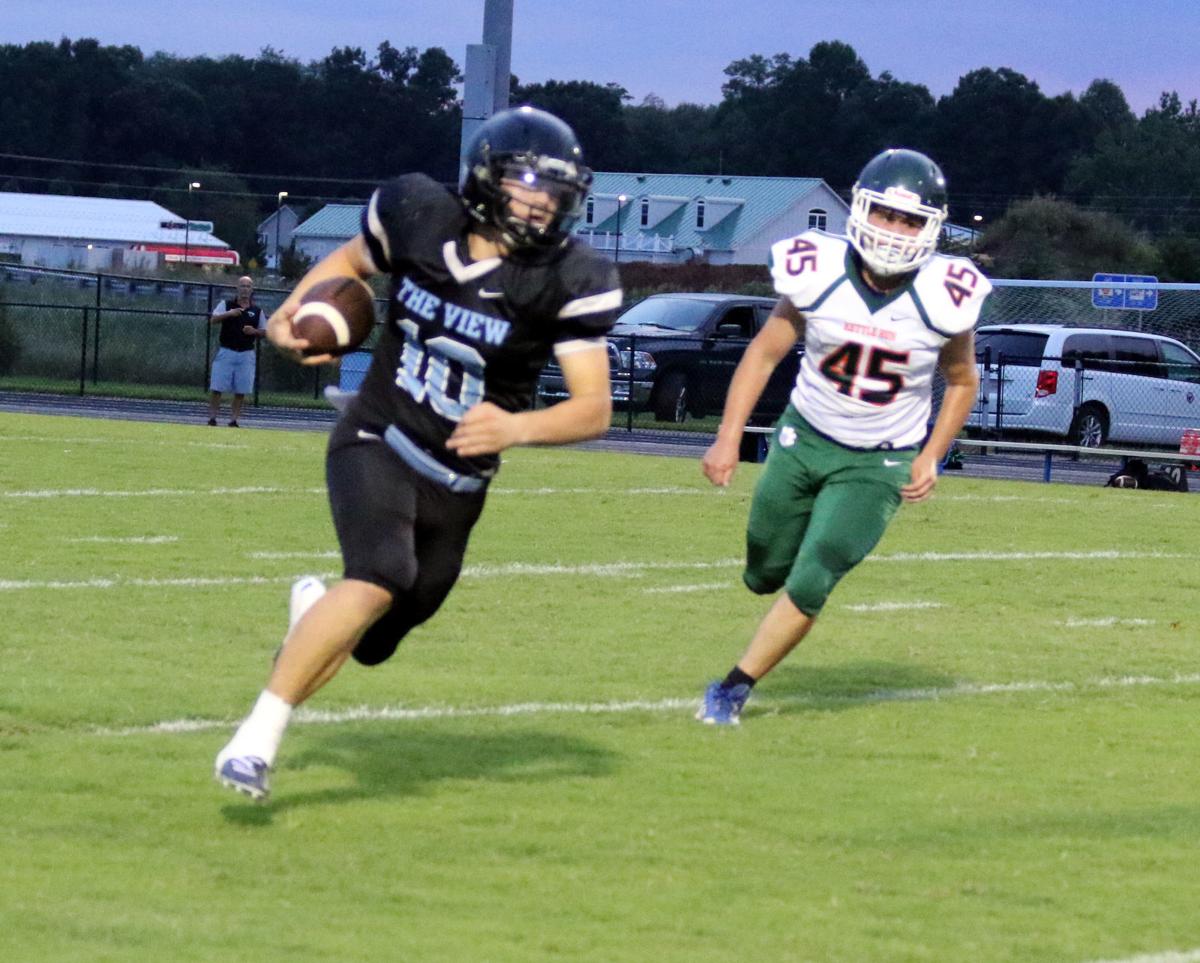 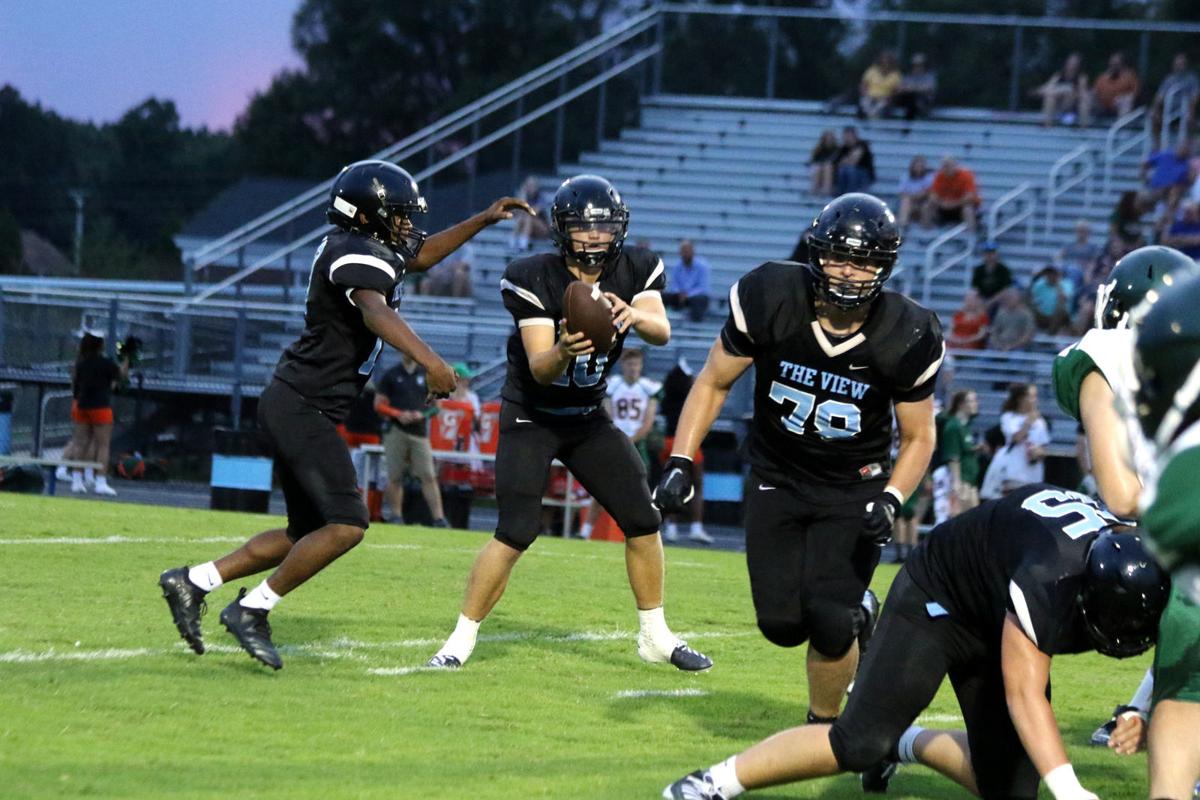 Eastern View’s Till Butler (center) will try to direct the Cyclones back to the playoffs. 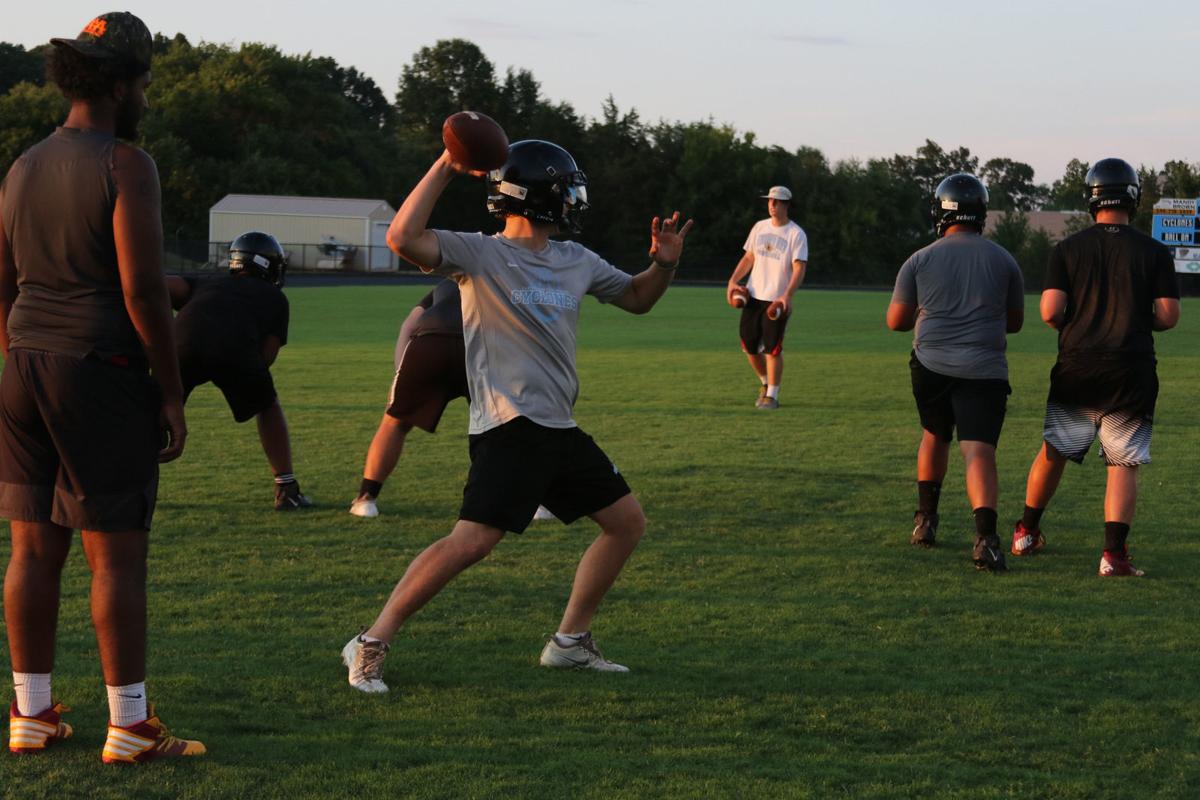 The Eastern View coaching staff is trying to get Till Butler’s passing game up to his predecessor’s. 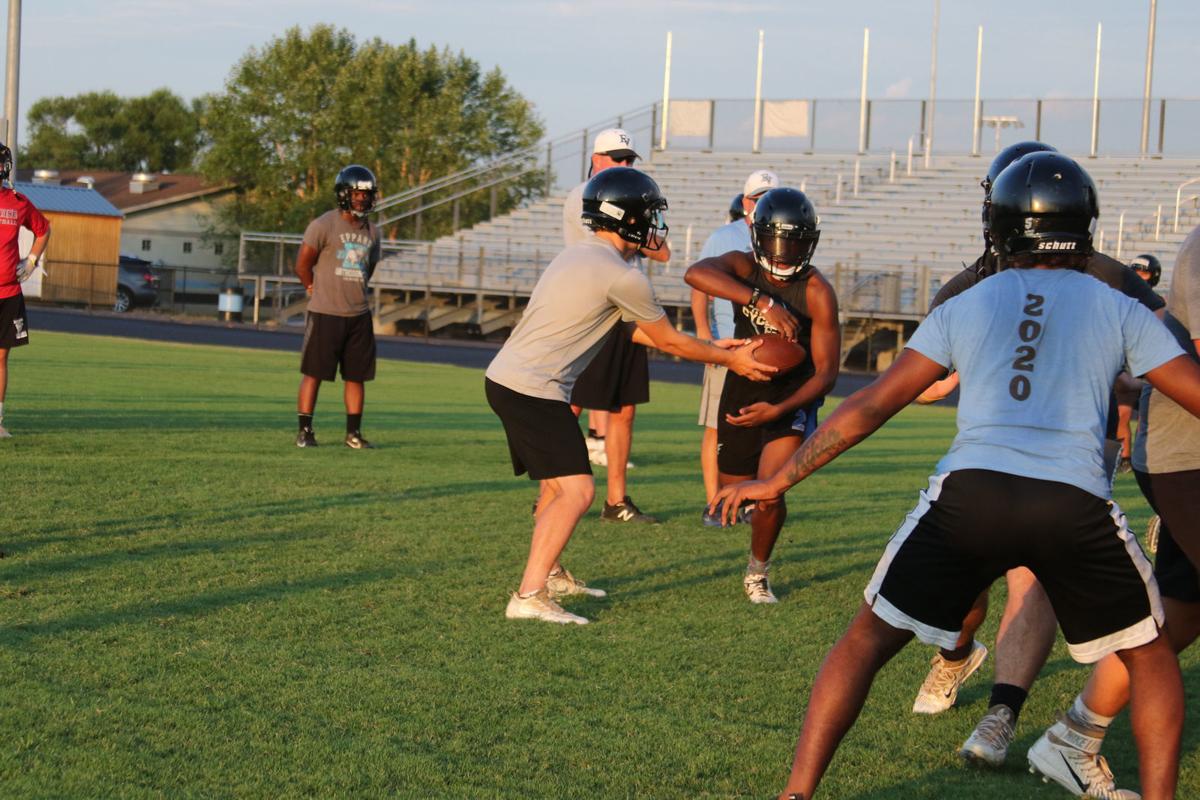 Eastern View's Till Butler, left, hands the ball off to teammate Raq Lawson during practice on Wednesday, August 7, 2019.

Eastern View’s Till Butler (center) will try to direct the Cyclones back to the playoffs.

The Eastern View coaching staff is trying to get Till Butler’s passing game up to his predecessor’s.

Eastern View's Till Butler, left, hands the ball off to teammate Raq Lawson during practice on Wednesday, August 7, 2019.

Eastern View’s football team has had just one losing season since the school opened in 2008. The Cyclones have made the playoffs six straight times and are a combined 36–3 over the last three years.

The 2018 Cyclones went 13–1, won the first region championship in program history, and fell just short of a trip to the Class 4 state title game with a heartbreaking 35–31 loss to perennial power Lake Taylor in the state semifinals.

Perhaps the Cyclones’ biggest loss is at quarterback though, where another all-state performer, Matt Lowry, leaves behind a huge void.

Lowry accounted for 46 touchdowns last season, rushing for an area-best 28 and throwing for 18 more. He eclipsed the 1,000-yard mark in both categories as well, rushing for 1,422 yards and accounting for 1,359 through the air.

“What [Lowry] brought to our team, aside from his obvious talents and athletic ability, was passion,” Cyclones head coach Greg Hatfield said. “Matt never lacked for energy or enthusiasm, and that sort of thing is very contagious.”

Hatfield also pointed out that Lowry was never one to give in, whether he was behind the sticks on a particular play or Eastern View was trailing on the scoreboard—two things that didn’t happen very often during his career.

One such example was last November’s Region 4B championship game. With the Cyclones trailing 14–13 on the road against defending region champ Louisa and less than 30 seconds remaining on the clock, Lowry used his quick feet to buy some extra time in the pocket, eluding the rush of Penn State commit Brandon Smith and connecting with teammate Blake Leake for a game-winning 57-yard touchdown.

“That play was something phenomenal,” Hatfield said. “But really, it was as if Matt and Blake were playing backyard football, refusing to give up on things until something opened up. That sort of passion led to a program-defining moment for us.”

With Lowry now at Bridgewater College, Hatfield said the keys to the Cyclones’ spread option attack are now in the hands of senior Till Butler.

Butler was Lowry’s backup last year, although there wasn’t much opportunity for him there with Lowry shredding the opposition every Friday night. An all-state performer for Eastern View’s baseball team, Butler isn’t nearly the threat with his feet that Lowry was, but he boasts a strong arm that’s served him well as a catcher and shortstop on the diamond.

“Till works very hard at everything he does, whether it’s football, baseball or his career as a student,” Hatfield said. “We have a lot of trust in him, which is why he was given the first chance to win the [quarterback] job.”

Butler said the key to his success this fall is simple: just be himself.

“I’m not [Matt Lowry], and my coaches and teammates don’t expect me to be,” Butler emphasized. “My job is to make smart decisions and take care of the football. There’s enough talent around me that, if I do those things, we’re going to win football games.”

If Butler’s passing is as accurate as his assertion that the Cyclones have plenty of talent around him, then they should be just fine this season.

Running backs Raq Lawson, a sophomore, and Ronta Robinson, a junior, both ate up large chunks of yardage for Eastern View’s district champion JV squad last year, and Lawson also saw action on the varsity as Holmes’ backup. Together, they’ll form a two-headed monster that will replace the workhorse Holmes in the backfield.

Senior wide receivers Leake, Alex Spangler and Chance Graves will offer Butler plenty of choices to distribute the ball to in the passing game, and he should have more than enough time to survey those options with a veteran offensive line in front of him. Seniors Ricky Robinson (6–2, 280) and Jason Southern (6–1, 270) and junior Elijah Hoskin (6–3, 285) all return there. Robinson and Southern were both all-region picks in 2018.

With the high school football season about to kick off, The Free Lance–Star is counting down the area's top five teams this week. The annual football preview edition will be published Friday.