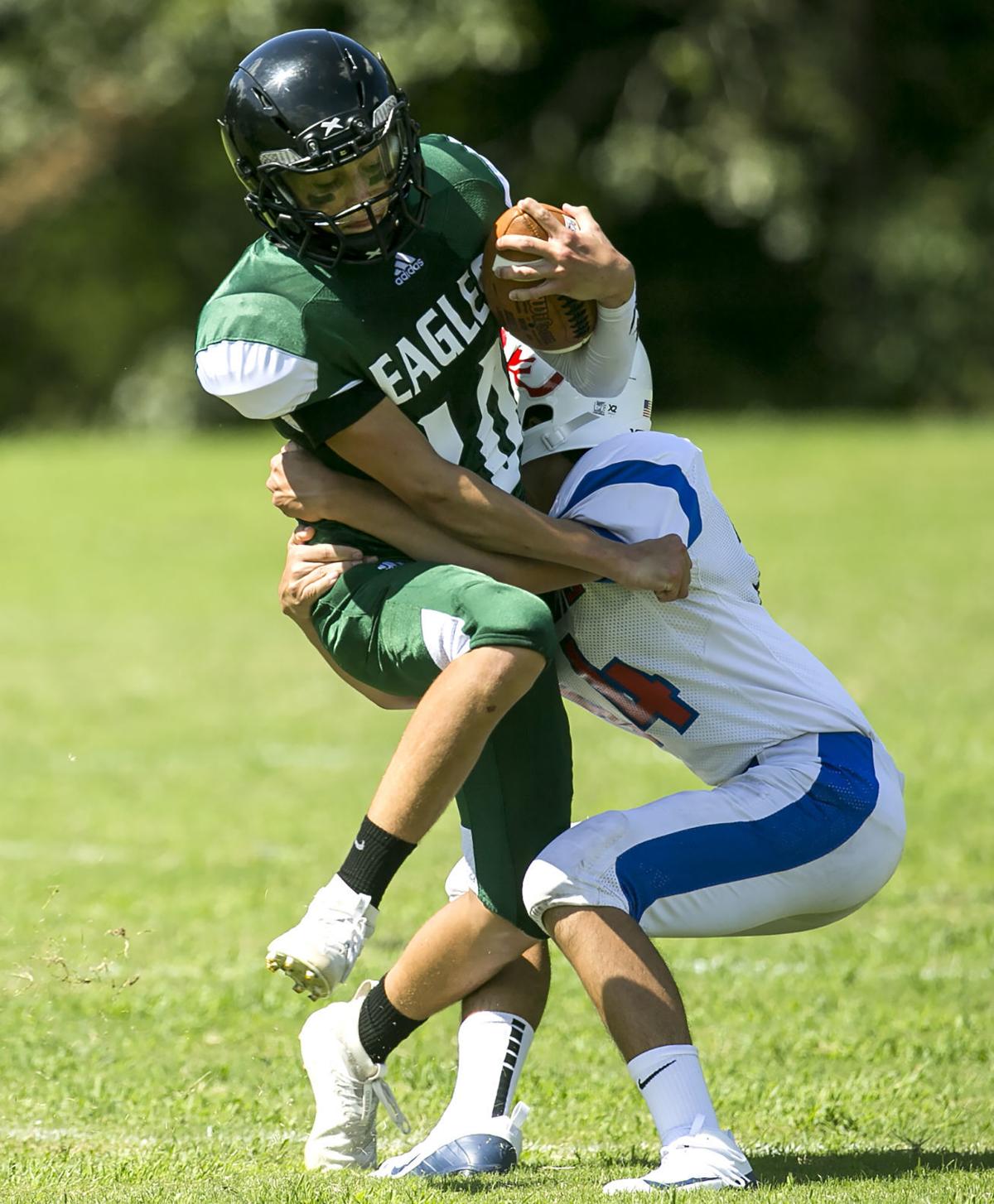 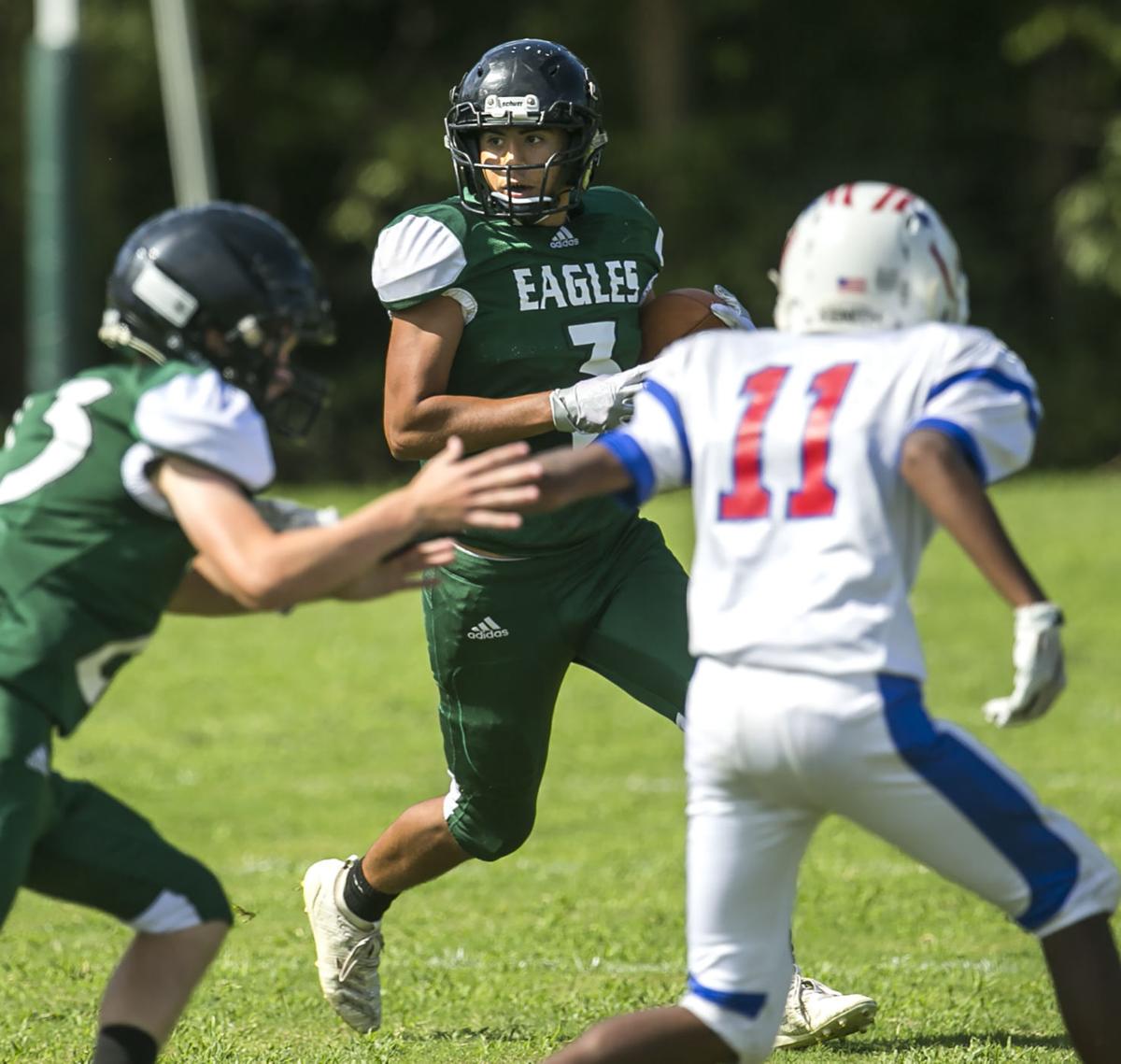 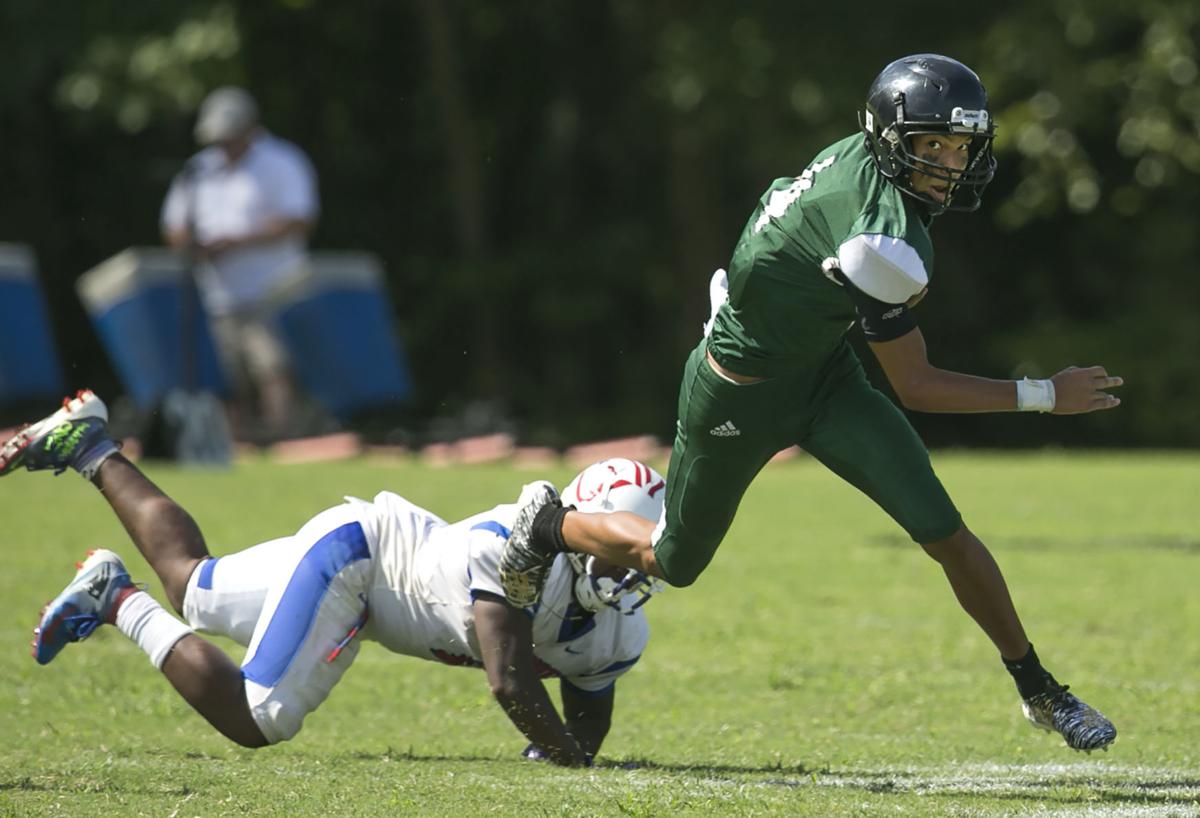 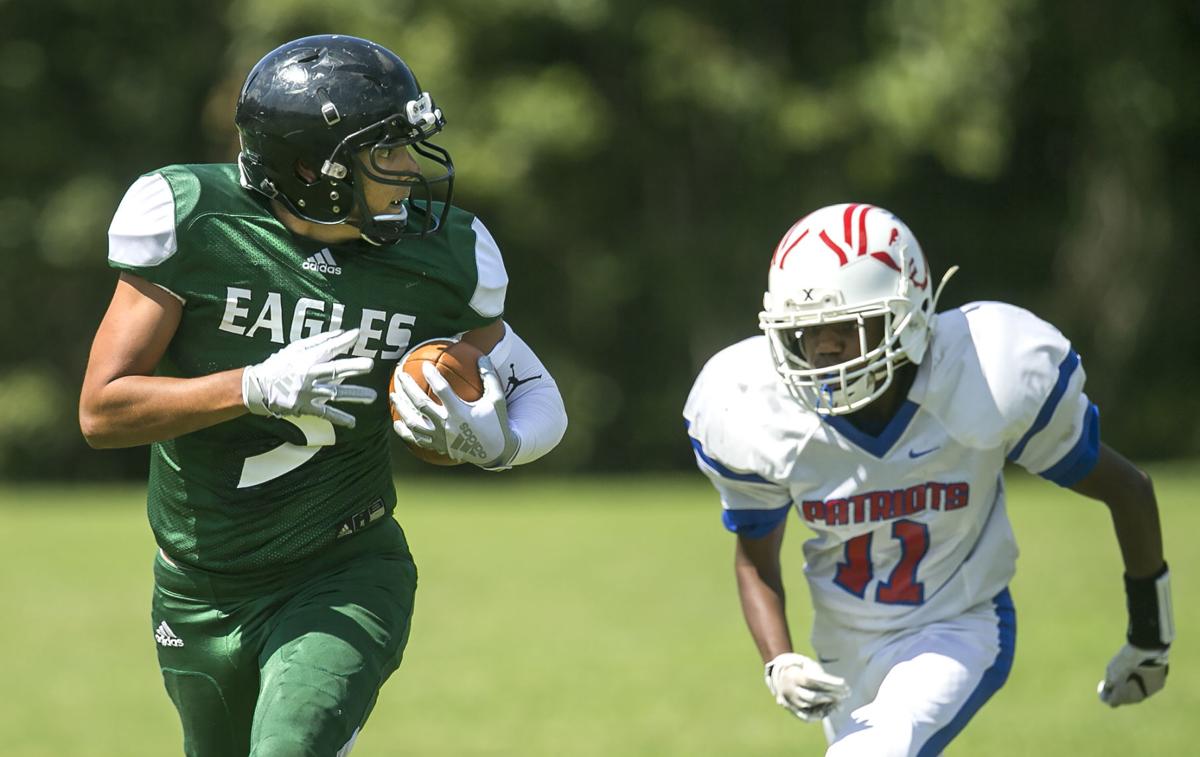 For the Fredericksburg Christian football team, this season isn’t all about defending its 2018 VISAA Division II state championship.

Head coach Billy Thomas’ squad has new starters across the board on offense and defense. A quarter of the 24-man roster is playing football for the first time.

“Some of them are still wondering about a first down, when you change the marker and stuff like that,” Thomas said.

That inexperience was on display Saturday afternoon in the Eagles’ season opener. FCS was held to three first downs until it collected three on the final drive of a 35–14 defeat to visiting Portsmouth Christian.

The Eagles ran just 37 plays from scrimmage compared to 62 for the Patriots, who had their way on the ground and through the air.

“For the most part, it was what we expected,” Thomas said. “We’ve got a lot of mistakes to correct in order to get better and win some football games … We’ll get better as we get more experience under our belt.”

The Patriots (1–0) were paced by senior quarterback Alex Green who passed for two touchdowns and ran for another.

Junior running back Brunye Thomas rushed for 156 yards and a touchdown. Senior wide receiver Taijon Yorkshire recorded 139 receiving yards and two scores, including an 87-yard catch-and-run from backup quarterback Chase Harsh that gave the Patriots a 21–7 lead in the second quarter.

“We’ve got a lot of new players and they’re really young,” FCS starting two-way lineman Aaron Hilliard said. “We’ve got to make sure they understand their assignments.”

The Eagles’ best chance to make a game of it came late in the second quarter when they were trailing 21–7. Quarterback Dylan Johnson lofted a pass to receiver Jesse King, who leaped over a PCS defender to make the grab. King then raced toward the end zone before he was tackled at the 5-yard line.

But on first and goal from the 5, FCS senior running back Korey Hazel fumbled and it was recovered by the Patriots on their own 3.

Thomas and Hilliard said it was a deflating sequence.

“It just takes a lot of momentum from you,” Thomas said. “It could’ve been 21–14 and we had the ball coming out in the second half. So it could’ve been a totally different ball game. … As youthful as this team is, I don’t know if we let that linger too long.”

After a scoreless third quarter, the Patriots added two fourth-quarter touchdowns for a 35–7 lead. FCS running back Cross Conway closed the scoring with an 11-yard touchdown run that was set up by freshman Noah Martin’s 44-yard sprint.

Martin also recorded an interception and scored the Eagles’ first touchdown on a 74-yard kickoff return in the second quarter.

“I just saw a hole,” Martin said. “My blockers blocked and I just went.”

The Eagles will need more of that from Martin if they hope to get on track this season. They return to action against Fuqua next Saturday at home at 2 p.m.