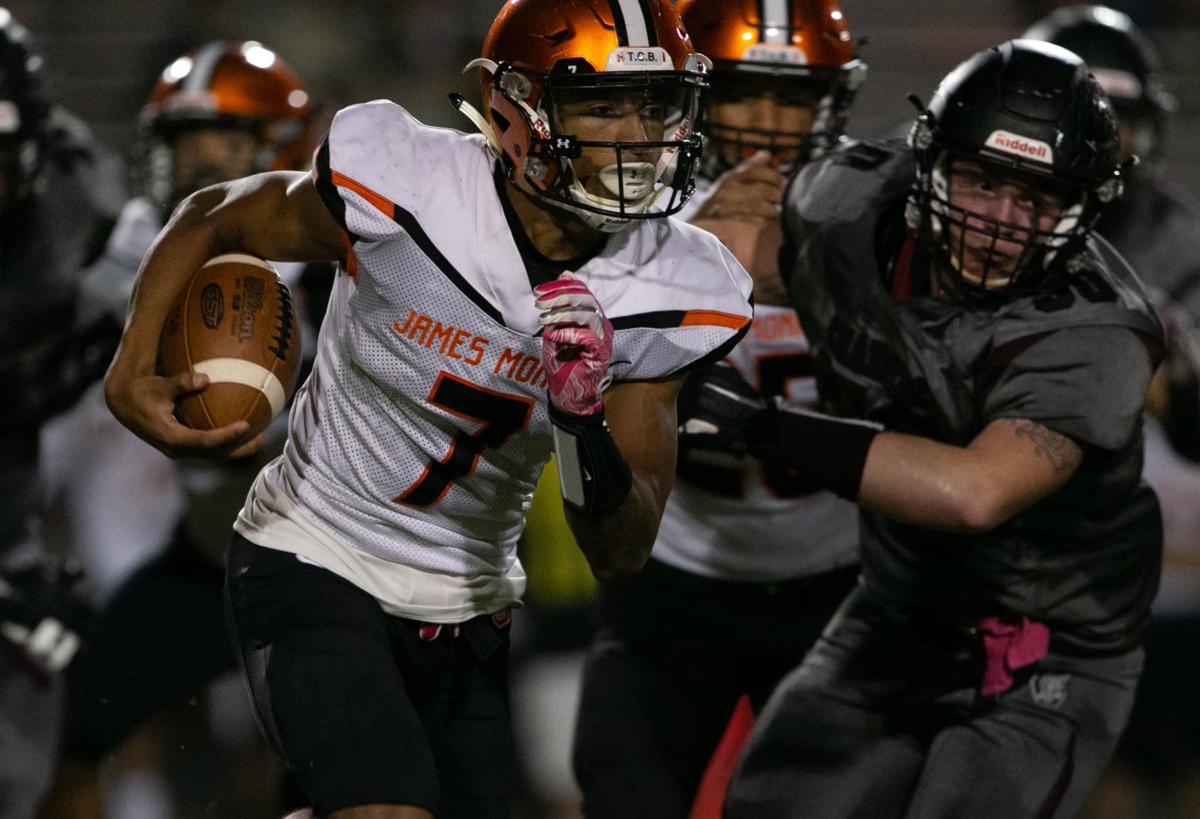 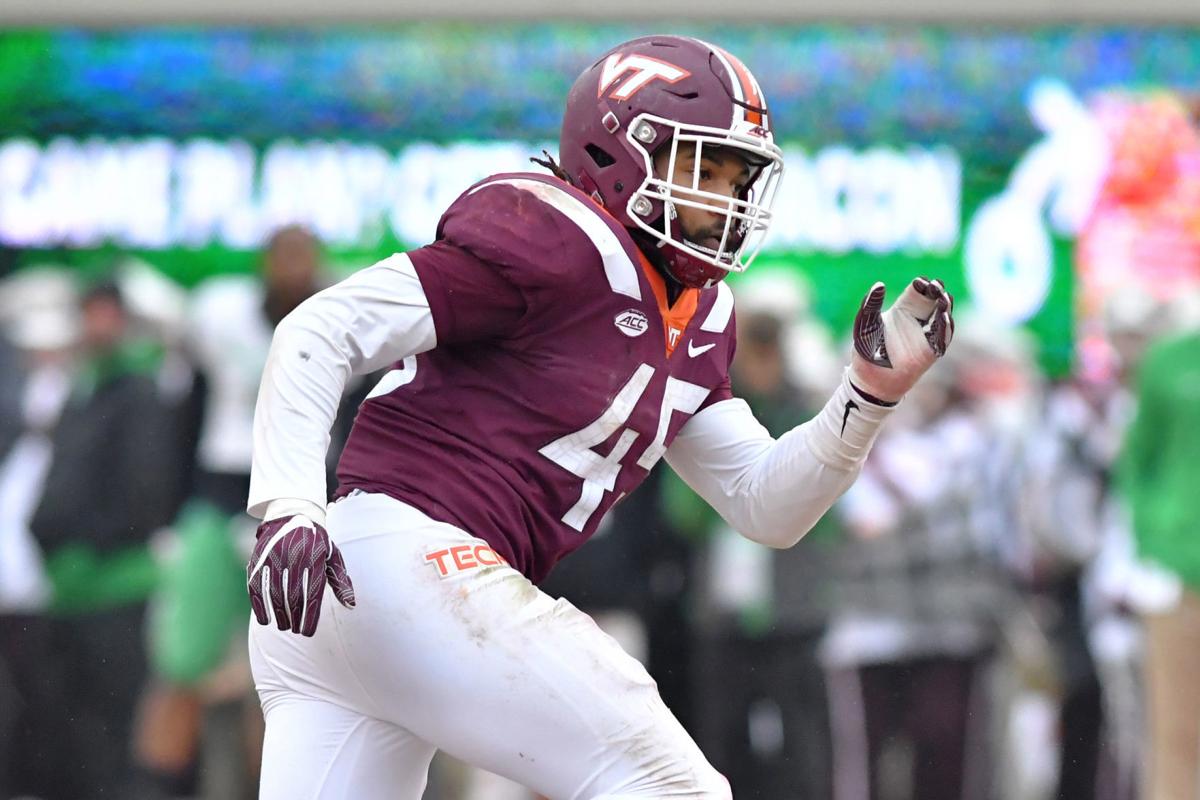 TyJuan Garbutt went from Riverbend to Virginia Tech and starts at defensive end. 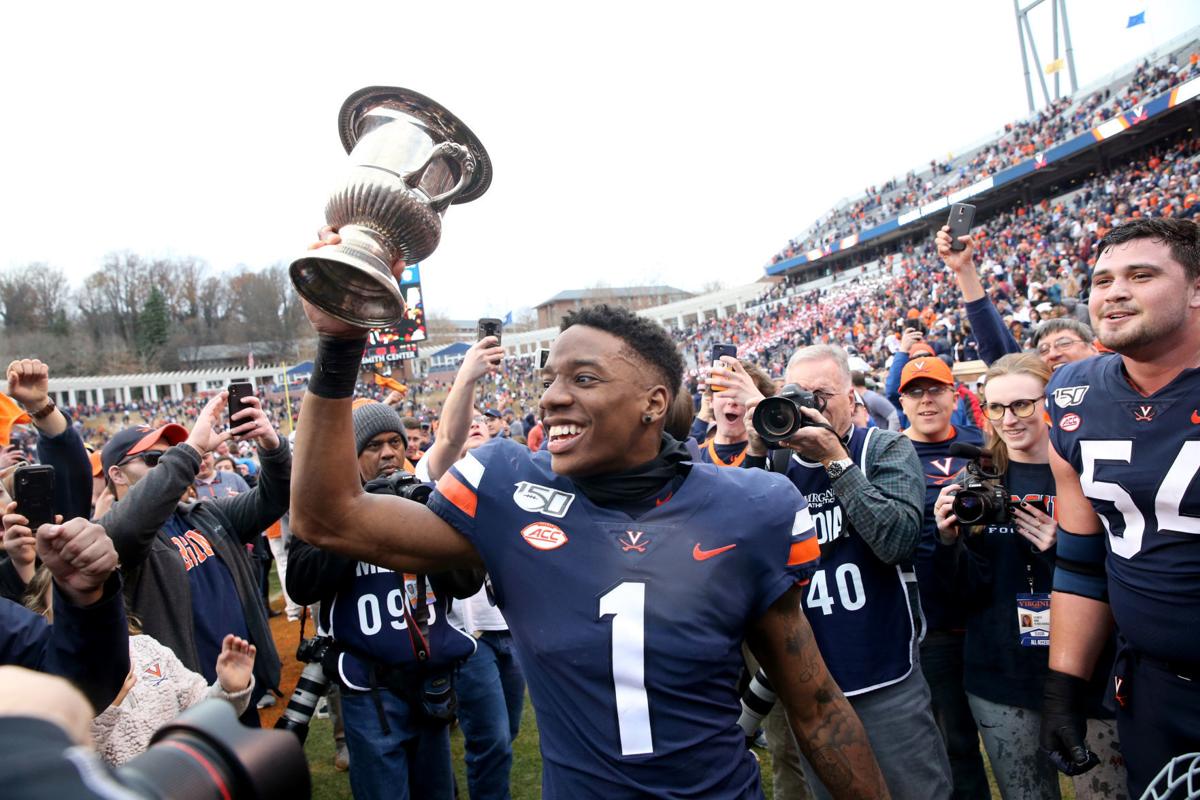 TyJuan Garbutt went from Riverbend to Virginia Tech and starts at defensive end.

AIDAN RYAN wasn’t the state’s most sought-after junior football prospect. In fact, the James Monroe High School defensive back ranks No. 40 in the Commonwealth’s Class of 2021, according to the recruiting website 247sports.com.

And his recent commitment alone won’t allow Virginia to close the gap on Atlantic Coast Conference heavyweight Clemson, which routed the Cavaliers 62–17 last December in a title game that wasn’t even that close.

But until Virginia Tech and Virginia start keeping more of the state’s top talent closer to home, their rebuilding efforts aren’t likely to bear fruit as quickly as hoped. In that regard, Ryan’s choice could be an important one.

This fall will mark 30 years since the Cavaliers’ brief reign atop the Associated Press poll. George Welsh’s 1990 team was fueled by Heisman Trophy candidates Shawn Moore (from Martinsville) and Herman Moore (Danville), as well as Tabb High School graduates Chris Slade and Terry Kirby. All except Shawn Moore enjoyed NFL success, and Kirby was the nation’s top-ranked high school recruit as a senior in 1988.

Nearly a decade after Virginia’s ascent, the Hokies went 11–0 and led Florida State in the fourth quarter of the 2000 Sugar Bowl with the national title on the line. Warwick High School graduate Michael Vick was the unquestioned headliner of that squad, but Frank Beamer also developed standouts like John Engleberger (Springfield) and Nick Sorenson (Vienna). Beamer later sent Virginia natives like Duane Brown, Kam Chancellor and DeAngelo Hall to the Pro Bowl.

The past decade hasn’t been as kind to either program, each now led by a coach hired from outside. To be fair, no one expected Bronco Mendenhall or Justin Fuente (nor their assistants, few of whom had strong relationships with the state’s high school coaches) to immediately hoard all of the state’s top talent.

But it’s hardly a coincidence that as Mendenhall has slowly rebuilt the Cavaliers and Fuente has tried to live up to Beamer’s legacy, Virginia’s elite players have been escaping the state. The Cavaliers haven’t signed a player rated in the state’s top 10 by Rivals.com since 2015, when Mike London was head coach.

Among the Class of 2020, only one player ranked in the state’s top 10 by Rivals.com signed with a state school. And that player, LaMareon James, chose Old Dominion.

Let’s be clear about a couple of things. High school ratings are no guarantee of college success; Welsh and Beamer are hall of famers because they developed the players they recruited better than most, even if they came in with two stars rather than five.And the state of Virginia doesn’t have a monopoly on high school talent.

Still, it’s hard to compete nationally, let alone in the ACC, if you’re letting the good ones get away. As Mendenhall said during a visit to Fredericksburg in 2018: “Almost every player that chose another school we found first and we offered first, and others came in later. At some point, that will change.”

Slowly, it may be. The Cavaliers are long shots for the state’s top 2021 prospect, defensive back Tony Grimes of Princess Anne High School in Virginia Beach, and No. 4 defensive end Kelvin Gilliam of Highland Springs. But they’ve received commitments from top-20 prospects Michael Green (a linebacker from Lafayette) and Jay Woolfolk (a quarterback from Benedictine High in Richmond), as well as JM’s Ryan.

It’s unlikely that either Virginia Tech or Virginia will ever consistently outbid the Clemsons, Penn States and Ohio States for the state’s top prospects. But if they want to relive their glory eras, they need to keep more of the top home-grown talent within state lines.