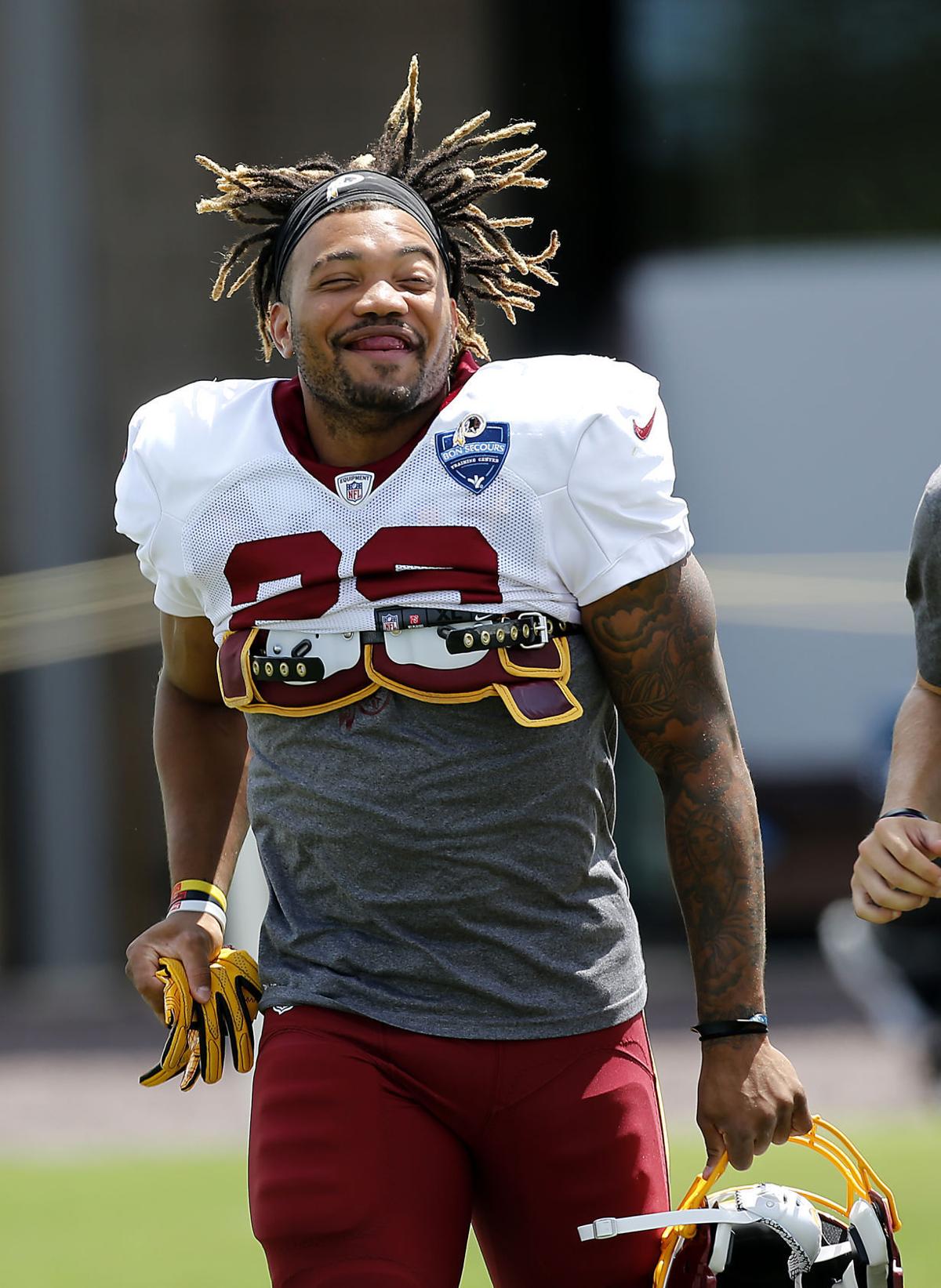 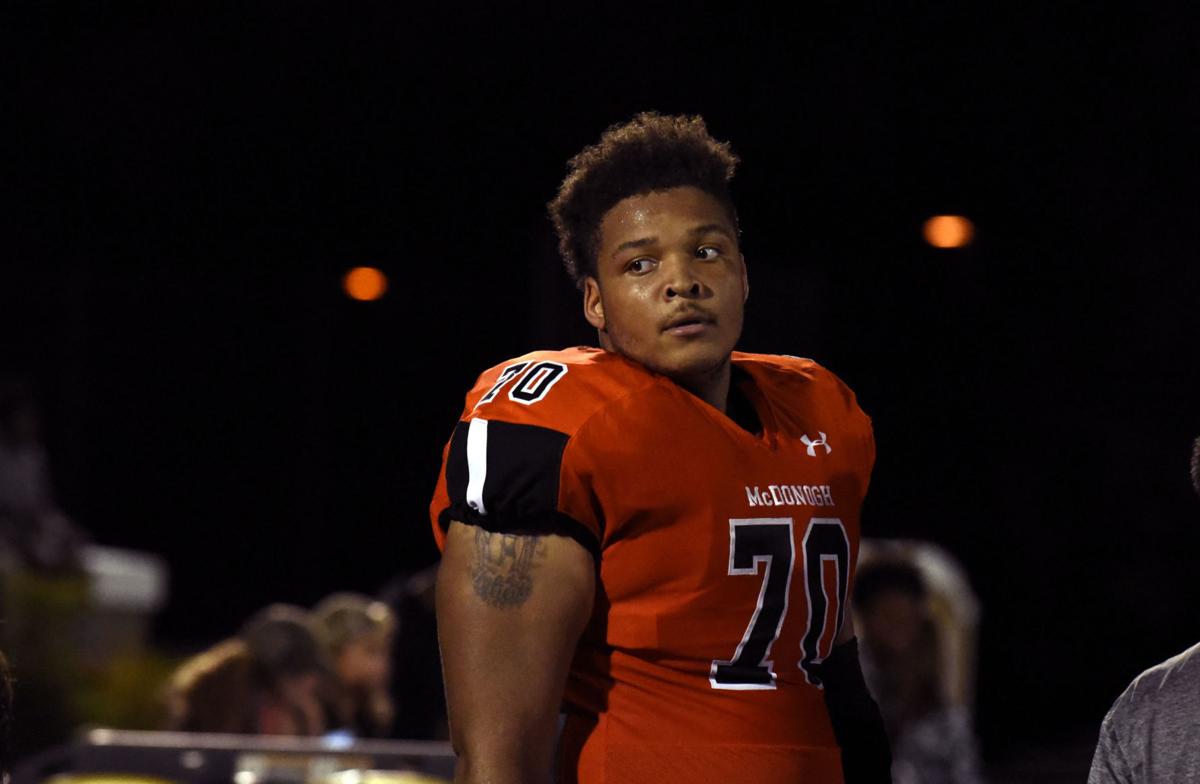 In a September 16, 2016, file image lineman Jordan McNair of McDonogh High School. Now with the University of Maryland, he died on Wednesday, June 13, 2018, two weeks after collapsing during a team workout. (Barbara Haddock Taylor/Baltimore Sun/TNS) 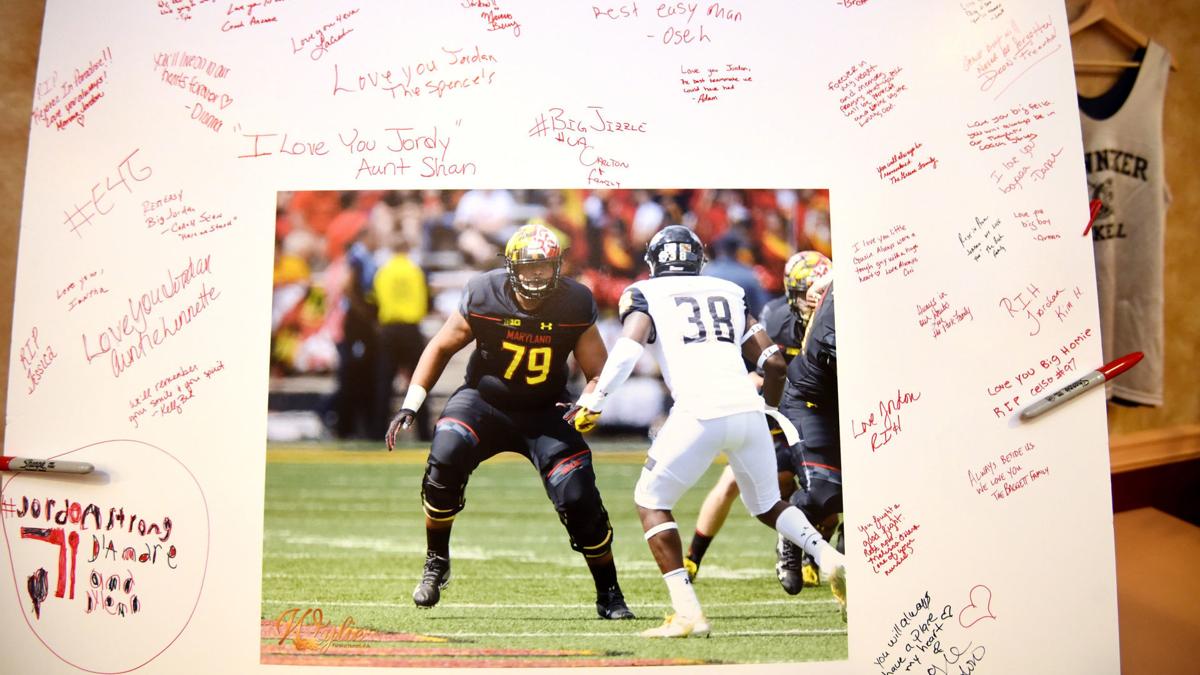 ESPN reports Maryland was tardy in calling for help after Jordan McNair (79) collapsed during a workout.

In a September 16, 2016, file image lineman Jordan McNair of McDonogh High School. Now with the University of Maryland, he died on Wednesday, June 13, 2018, two weeks after collapsing during a team workout. (Barbara Haddock Taylor/Baltimore Sun/TNS)

ESPN reports Maryland was tardy in calling for help after Jordan McNair (79) collapsed during a workout.

Word that the Redskins’ Derrius Guice (left) was lost for the season was disappointing news to sports fans in the greater Washington area. But it pales in comparison to reports of Maryland’s ‘toxic’ culture leading to Jordan McNair’s death.

TRAGEDY, like beauty, often lies in the eye of the beholder. It’s a term that’s applied way too loosely to routine bad news.

There is a tragedy in big-time football around the D.C. beltway. It’s not, as many have suggested, that rookie running back Derrius Guice tore the ACL in his left knee in Washington’s NFL preseason opener Thursday night. That’s unfortunate for the team and the player, who figured to play a major role in its fortunes this season, but Guice’s knee will heel and the team won’t cancel its remaining games.

No, the tragic development is ESPN’s expose of an alleged toxic culture at the University of Maryland, where a player died during off-season workouts in May and coach D.J. Durkin’s staff is accused of physical and emotional abuse of players.

The school on Saturday announced Durkin and Rick Court, the team’s strength and conditioning coach, were placed on administrative leave; the day before, two other members of the team’s training staff were suspended. Maryland is investigating the sort of scandal that, if true, usually ends with lawsuits and firings.

We’ll get to the Terps in a moment. First, let’s deal with Guice and D.C.’s fixation with its NFL team.

The term “fan” is an abbreviation for “fanatic,” and many followers of any team can be irrational. The news that Guice, who was projected to be Washington’s starter as a rookie, will miss the season hit its fan base hard.

We in the media are supposed to be a bit more objective, even if a certain D.C. resident thinks we aren’t. When it comes to Dan Snyder’s team, though, that tenet—like Guice’s knee ligament—can get stretched to the breaking point.

NBCSportsWashington tweeted: “Hated hearing this news.” A Free Lance–Star alumnus, Grant Paulsen, weighed in: “Well this is utterly devastating and a real shame.” Even a Washington Post columnist wrote that the injury “ruined the [team’s] season.”

Granted, Guice had shown real promise and none of the reported undisclosed “issues” that dropped him from a projected first-round pick to the second round, where Washington snapped him up. The run on which he was injured showed his ample abilities. A dependable running game had been noticeably absent in the past few seasons, due to both a lack of a star tailback and coach Jay Gruden’s overreliance on the pass. Having Guice behind him would have made Alex Smith’s first season in D.C. easier.

But few teams ever escape injuries, and Gruden and Smith have time to regroup before the regular season opens Sept. 9.

McNair was the Maryland lineman who collapsed while running sprints on May 29, never regained conscousness and died two weeks later. The investigation of his death has turned up some ugly allegations about the Terrapins’ program and Durkin’s approach to leading it.

A coroner’s report says McNair died from heat stroke, with a body temperature of 106 degrees. The ESPN report alleges that nearly an hour passed between his seizure and the first 911 call—time that could have saved McNair’s life.

The school’s investigation is scheduled to conclude by Sept. 15—the date of the Terps’ third game of the seson. Maryland began formal practice last week, but the school has not made Durkin, his staff or players available for interviews.

That hasn’t prevented a couple of current players from speaking to ESPN on condition of anonymity, along with former players and staff. They describe an atmosphere of intimidation and abuse in which players are shamed, degraded and forced to complete drills, even at the risk of their health. Court was singled out as the alleged worst offender.

One former staff member told ESPN: “I would never, ever, ever allow my child to be coached there.” That came from someone once associated with the program, not some uninformed outside critic.

Unlike Ohio State, where coach Urban Meyer remains on paid leave while the school investigates his handling of domestic violence claims against one of his former assistants, Maryland’s problems seem systemic. There’s already a major cloud over a program that hasn’t been relevant for nearly a decade.

And unlike Guice’s injury, the Terps’ issues are a matter of life and death.