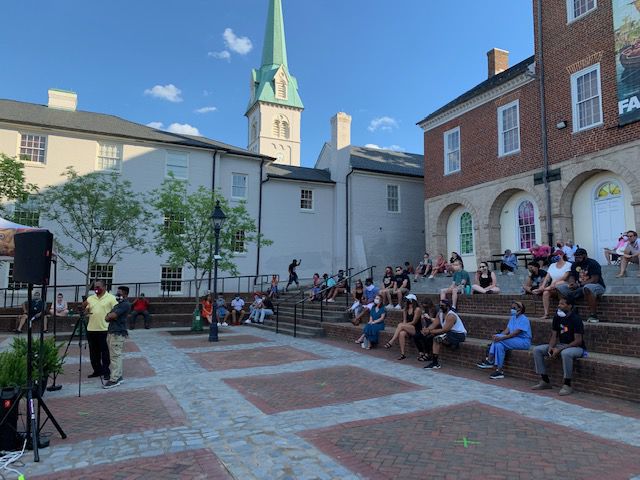 The Fredericksburg Area Museum and Hinesight is presenting ‘A Night of Black Stories,’ featuring conversation and stories from local leaders in the Black community every Friday through June 26 in Market Square. 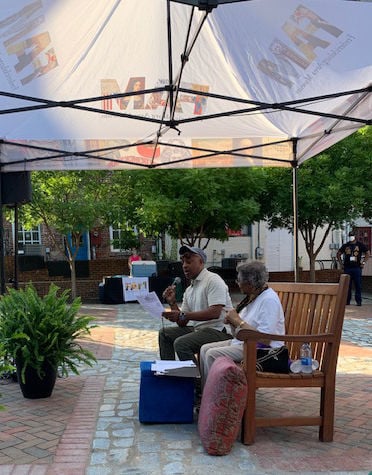 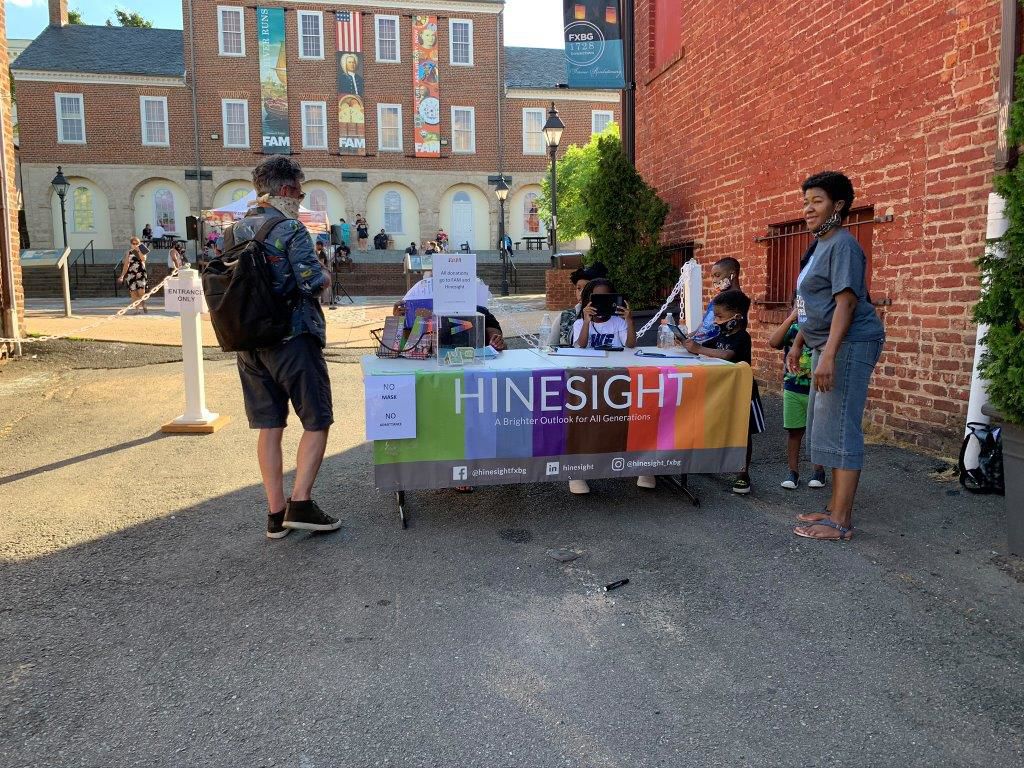 The Fredericksburg Area Museum and Hinesight is presenting ‘A Night of Black Stories,’ featuring conversation and stories from local leaders in the Black community every Friday through June 26 in Market Square.

Marguerite Bailey Young addressed the crowd gathered in Fredericksburg’s Market Square last Friday for the first “A Night of Black Stories” event with the story of her life, and her commitment to excellence.

She began teaching locally at the segregated Walker–Grant High School and later served in school leadership in Fredericksburg before becoming director of instruction for the city’s schools. Her tutoring program, the grant funding she secured for underprivileged schools, and her program to help minority students cover college application costs led to what she called a culture of “excellence.” Of course, those are only a few of her accomplishments.

Keep in mind, she began her distinguished career in the 1960s, when leading a community “as an African American woman was rare,” said Jaraad Hines, who organized the event. “She shared ways educators, professionals and parents all can be contributors to excellence for students of color.”

And further, Young shared how families—blood, community and church—are what makes the world a better place.

And events like this one make a stronger community.

Her keynote talk was the first of these events by the Fredericksburg Area Museum, in partnership with Hinesight Inc. The free summer series is held every Friday from 6-8 p.m. through June 26 in Market Square.

Hines and the museum came together to share the messages needed in order to progress as a community. These important conversations are held in honor of George Floyd and the injustices that have affected the black community long before his death. For Hines, an honest conversation is important. It’s an effort to show the real issues fellow community members have experienced and may still be experiencing.

Along with the talks, the event opens with a moment of silence for those lost to acts of racial violence and to pay respect for community unity efforts. There are also performances that explain the black experience.

At the first event, Hines read local blues legend Gaye Adegbalola’s song lyrics from “The Griot.” He said this idea is what the event is based off of. A “Griot” is an ancient orator who told their people lessons of life, stories, of their ancestors, and the path toward holistic growth in Africa.

“So much empathy gained from hearing a story rather than a lesson,” he said. “You’re not being talked at, it’s sharing with. And people can discover a world perhaps they didn’t know was going on.”

It’s a mission that speaks to Hines. He’s the cofounder of Hinesight, a nonprofit organization that helps those in need get on their feet, addressing both the short-term and long-term needs of people in poverty. And the idea came out of a meeting with one of Hinesight’s mentors. He said they couldn’t help but talk about what was happening in the world, and 12 days before the first event, conceived the idea.

“I, for one, was numb for a couple of days and unsure of what to do,” he said about the days following Floyd’s death. “As a young black man, my experience was one of feeling trauma for what was going on. It’s hard in trauma to see a way forward. This is a forum for black people to heal, white people to learn, for the whole community to come together.”

This Friday, June 19, ambassador Pamela Bridgewater will speak on her experiences. But the event also occurs on Juneteenth, which commemorates the end of slavery in the U.S. Hines said it’s an opportunity to showcase what Juneteenth is about.

The museum partnered in the event series because of its commitment to public history, said Fredericksburg Area Museum president and CEO Sara Poore.

“It’s our job to be the caretakers of the community’s history,” she said. “How it affects our present day and how it moves us forward is all relevant… A large part of our history nationally, not just in Fredericksburg, has gone untold. We need to know where we came from to understand what’s happening in the streets.”

The museum has an ongoing effort to collect black stories from the community. Poore said they are curating them as part of the collection. That’s part of why this specific series has value to the community, she said.

“Oral tradition is so important, and the validity of these stories and truth telling is really important,” she said.

Note: With the current pandemic, the event is moving forward responsibly. It occurs outside, with masks required, a limited number of attendees and is simulcast over Facebook Live.