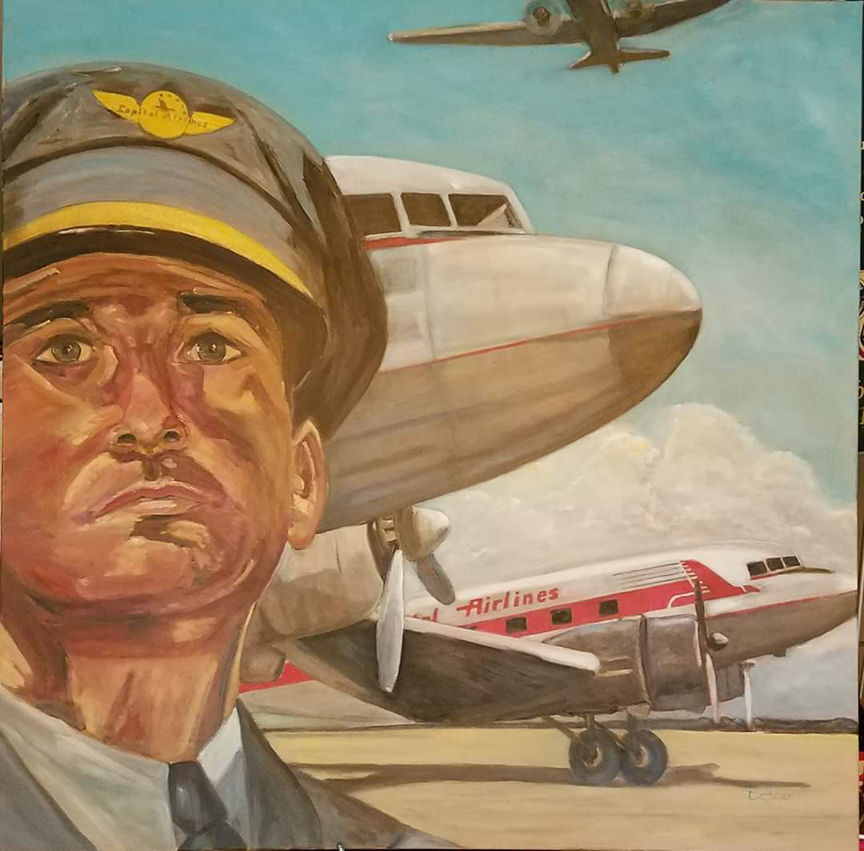 ‘Passages’ celebrates athletes, entertainers and trailblazers who embodied the spirit of an era of ‘The Greats.’ Scott DeHaven also includes his father, a World War II veteran and pilot, in the painting ‘Come Fly with Me.’ 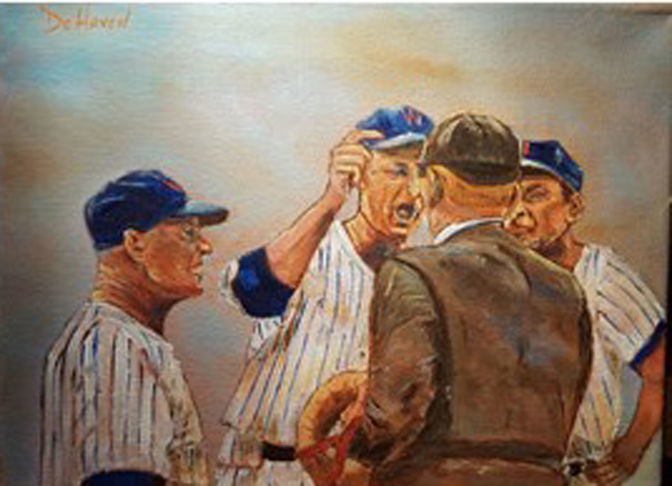 Scott DeHaven is the featured artist at Brush Strokes this month. ‘Gentleman’s Disagreement’ is one of the works featured in the exhibit ‘Passages.’ 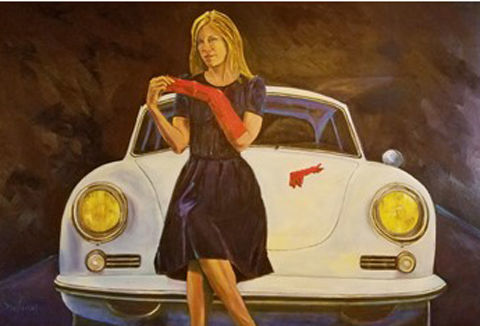 Scott DeHaven is the featured artist at Brush Strokes this month. 'Passages' will be on display March 2-29. Above: 'It Won’t Be Wrong.'

‘Passages’ celebrates athletes, entertainers and trailblazers who embodied the spirit of an era of ‘The Greats.’ Scott DeHaven also includes his father, a World War II veteran and pilot, in the painting ‘Come Fly with Me.’

Scott DeHaven is the featured artist at Brush Strokes this month. ‘Gentleman’s Disagreement’ is one of the works featured in the exhibit ‘Passages.’

Scott DeHaven is the featured artist at Brush Strokes this month. 'Passages' will be on display March 2-29. Above: 'It Won’t Be Wrong.'

Since he grew up in the 1960s, astronauts and rocket ships were the stuff of young Scott DeHaven’s drawings.

“We were just immersed with the Mercury, Gemini and the Apollo programs,” said DeHaven. “That’s all we saw, so you drew space ships and crazy stuff like that.”

DeHaven paints now, and the occasional fighter plane, vintage supersonic aircraft or astronaut will still pop up in his work. But he also paints portraits of baseball players from years gone by, such as Frank and Brooks Robinson; portraits of musicians Duke Ellington and Ray Charles; pictures of women with cars; and pictures of dogs and cats, muscle cars and modern soldiers.

Some of DeHaven’s work, which lives somewhere between impressionism and realism, will appear in his exhibit, “Passages,” at Brush Strokes Gallery through March 29.

DeHaven said the subject matter of his paintings dictated the name of the exhibit, which includes a painting of a baseball manager in an animated discussion with an umpire titled “Gentlemen’s Disagreement” and a portrait of his father, a WWII veteran and an airline pilot, for a time, in front of a 1940s airliner.

“My dad passed away recently, and all the things I like to paint are from the past,” the 59-year-old artist said. “I like vintage stuff. I like old jazz and I think I just have a general fondness for things from the past, and a good memory, so that’s really how the theme came about.”

DeHaven said when he was a kid growing up in Maryland, his mother would take him and his sister to the National Gallery of Art, where he was impressed with paintings by the likes of Andrew Wyeth, and his favorite by far, John Singer Sargent.

Then there were French impressionists Claude Monet, Édouard Manet, Edgar Degas and Henri de Toulouse–Lautrec, who also provided influence for the paintings that would come later.

DeHaven started painting in 2012 at the suggestion of his wife, Christy, a potter at Liberty Town Arts Workshop. She told him he should take an oil painting class with local artist and teacher Bill Harris. He said he was “fortunate” to have taken classes with Harris, who was “extraordinarily generous with his time.”

DeHaven, a retired engineer, said drawing was a necessity when he was in engineering school. That, coupled with the art education and encouragement from his mother, prepared him for painting.

“I think I kind of had that discipline built in. I think my mother saved every cartoon I ever sketched as a kid,” said DeHaven, who has lived in Fredericksburg for 30 years.

DeHaven is looking forward to meeting people during the First Friday reception at Brush Strokes Gallery. At a previous show, DeHaven had a portrait hanging of jazz saxophonist John Coltrane, and he got into a long conversation with a stranger about jazz.

“People are drawn to different art that’s the cool part. You can connect with people on things where you have a common interest,” DeHaven said. “It’s actually fun when you’re at an art show.”

“I’ve been painting for eight years and maybe have sold 40 or 50. More often than not, as I’m doing in this show, I donate the proceeds from the show to a cause,” he said. His cause of choice for the Brush Strokes exhibit is Safe Paws, an organization dedicated to animal welfare and safety.

DeHaven said he hopes people like the show. “I’m hoping there’s a connection there for the subject matter,” he said. “I hope they leave happy. That’s the key thing for me.”