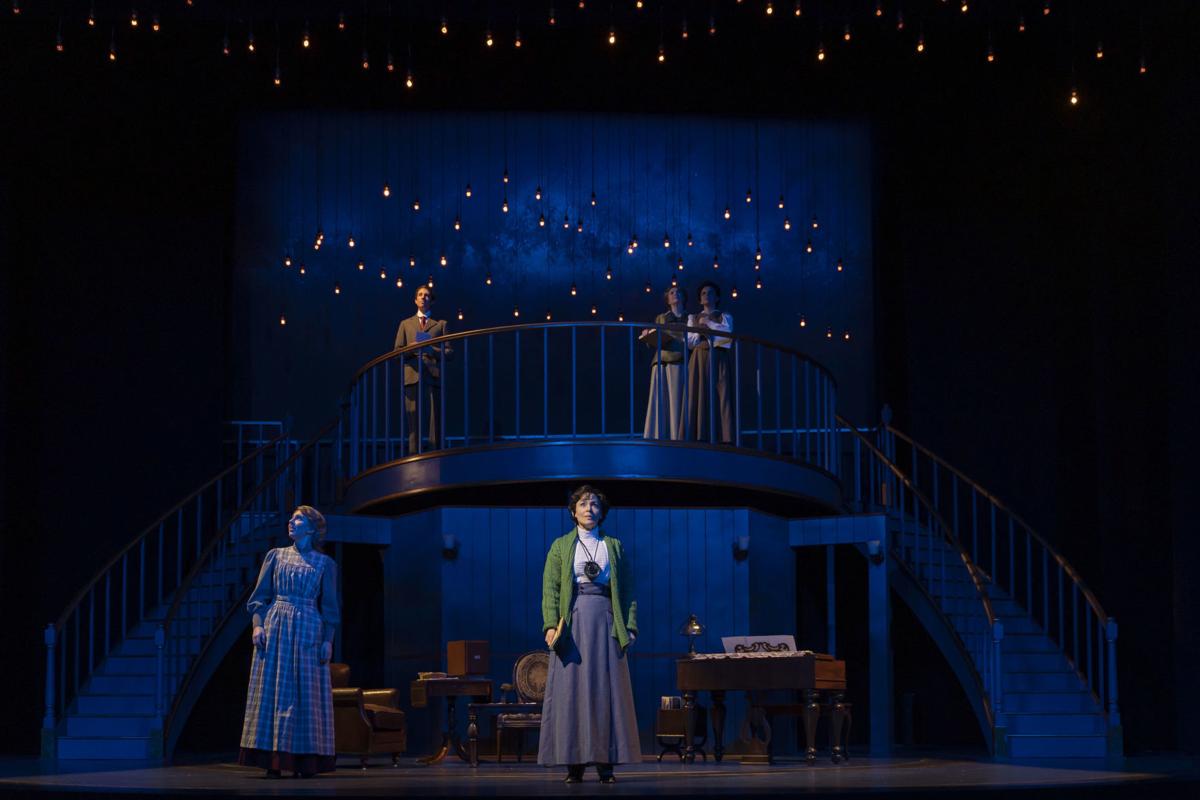 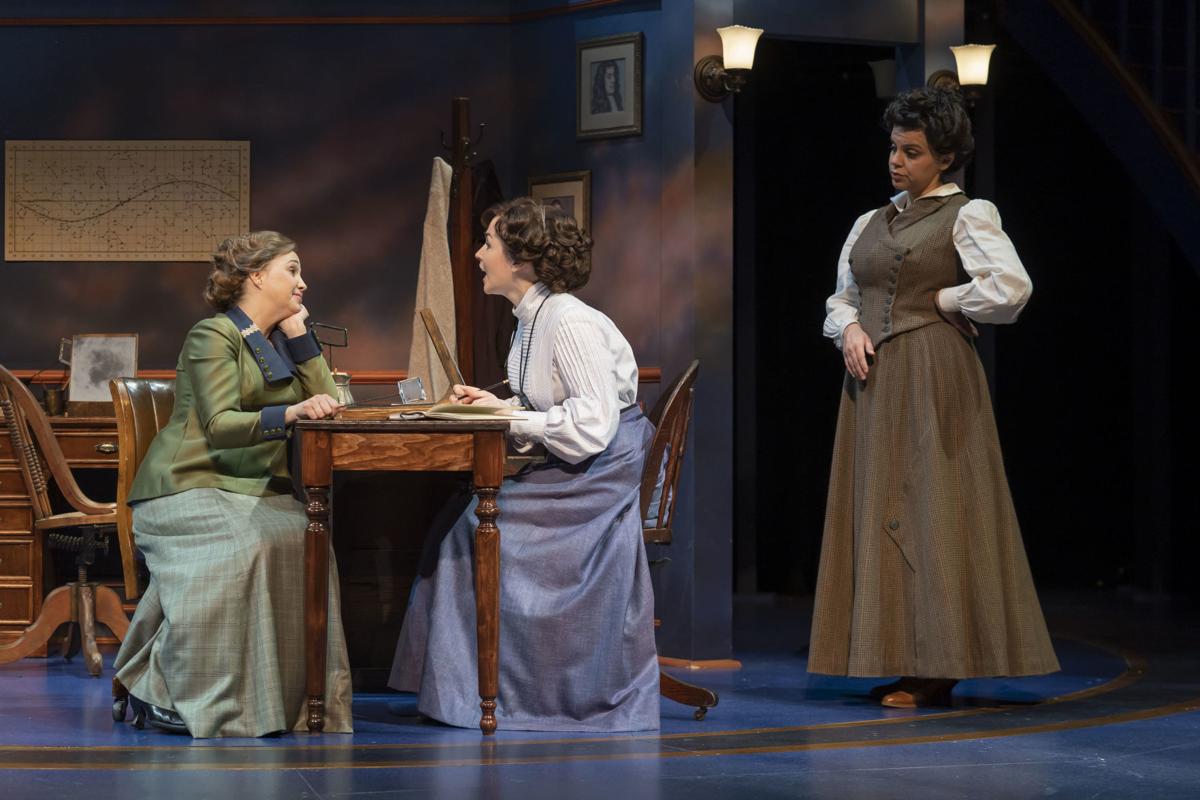 Many people might have heard of Edwin Hubble, but how about Henrietta Leavitt?

In “Silent Sky,” onstage at Ford’s Theatre, playwright Lauren Gunderson is shining the light on this extraordinary woman whose groundbreaking work with Cepheid variable stars would help others with their own scientific breakthroughs.

Like Hubble. Without Leavitt, the astronomer would not have discovered that other galaxies existed beyond the Milky Way, and have a telescope named after him. Her discovery of the correlation between period and luminosity was a game-changer and became a standard for measuring distances in space.

While this is a dramatization about the life of this unsung hero in astronomy, it’s also a story of sisterhood and friendship set during the women’s suffrage movement at the turn of the century.

“Silent Sky” begins with two sisters—Henrietta, a Radcliffe graduate with her head in the clouds, and Margie, a homebody with a love for music—deep in discussion as they’re about to pursue their different paths in life. Henrietta’s limitless curiosity for the world around her—“Who are we? Why are we? Where are we?”—leads her to a mathematician job at the Harvard Observatory, as her sister worries about her being in a big city and (gasp!) becoming one of those women who wears pants. Despite Henrietta’s pleas to join her, Margie stays home with their pastor father in Wisconsin and chooses a life of domestic bliss.

As one of the women “computers” in the unfortunately named “Pickering’s Harem,” Henrietta along with Annie Jump Cannon and Williamina Fleming are tasked with analyzing photographic star plates and logging the information. They’re not even allowed to touch the Great Refractor telescope. Dr. Edward Pickering, the observatory’s director, is never seen in the play and only mentioned; this is where the fictionalized character of his bumbling and handsome apprentice, Peter Shaw (wonderfully played by Jonathan David Martin), steps in as both the women’s supervisor and a possible love interest for Henrietta. His frequent rounds to the women’s department, which has Henrietta unfazed, doesn’t go unnoticed by her colleagues.

Gunderson’s play is filled with wit, warmth and an overwhelming sense of wonder, and director Seema Sueko and the creative team have done a brilliant job of bringing this story to the stage. Scenic designer Milagros Ponce de Leon’s revolving set takes audiences from the Leavitts’ Wisconsin home to the Harvard Observatory offices to Henrietta’s Cambridge home to even a ship crossing Atlantic waters. This is all gorgeously complemented by Rui Rita’s striking lighting design with hanging light bulbs mimicking the stars above.

Laura C. Harris delivers a strong and radiant performance as Henrietta, whose tireless dedication to her career also required sacrifice and created sisterly conflict. Emily Kester is lovely as the fictional Margie, whose letters from home give a glimpse of family moments that were missed as Henrietta became more entrenched in her work as she tried to make sense of all the Cepheid stars she’d been tracking. While the Leavitt sisters represent two different worlds (art and science), it’s when they’re together after a family tragedy that Henrietta makes her momentous discovery. As Margie plays the piano concerto she has composed, with lightbulbs flickering to the music, Henrietta discovers a pattern among the pulsating stars and comes to the realization that the brightest ones take the longest to blink.

Rounding out the cast: Nora Achrati is terrific as the blunt and feisty Annie Jump Cannon, who created the star classification system, and Holly Twyford gets a lot of laughs as the motherly Williamina Fleming, Pickering’s Scottish housekeeper who became one of the first women computers.

“Silent Sky” celebrates the achievements of these women at a time when it was pretty much a man’s world. When Annie steps out in a three-piece pantsuit during a second-act scene, talking about women voting and equality and says, “It’s about time,” you just want to clap.

Ford’s beautifully done production of this inspiring story about trailblazing women with an insatiable passion for stars will leave you looking up at the night sky a little differently.