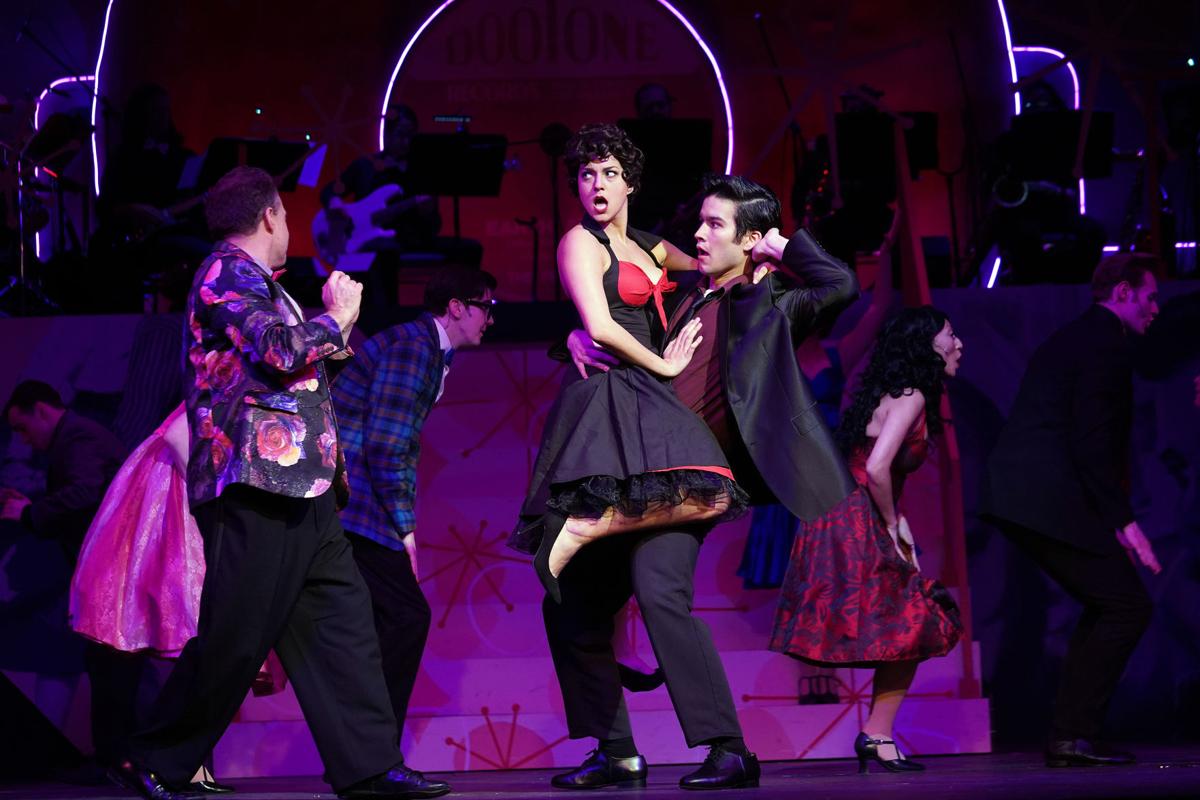 Taylor Lloyd and Theron Smith III turn up the heat as Rizzo and Kenickie in ‘Grease,’ onstage through March 15. 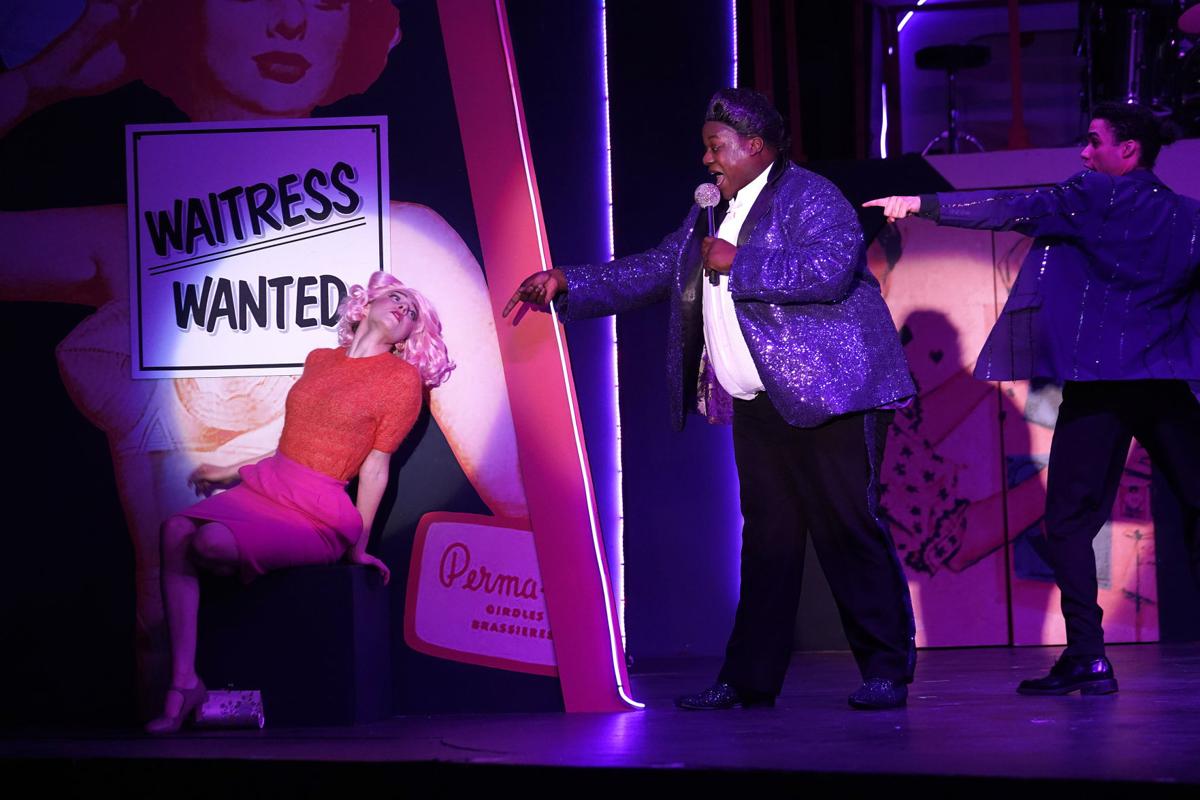 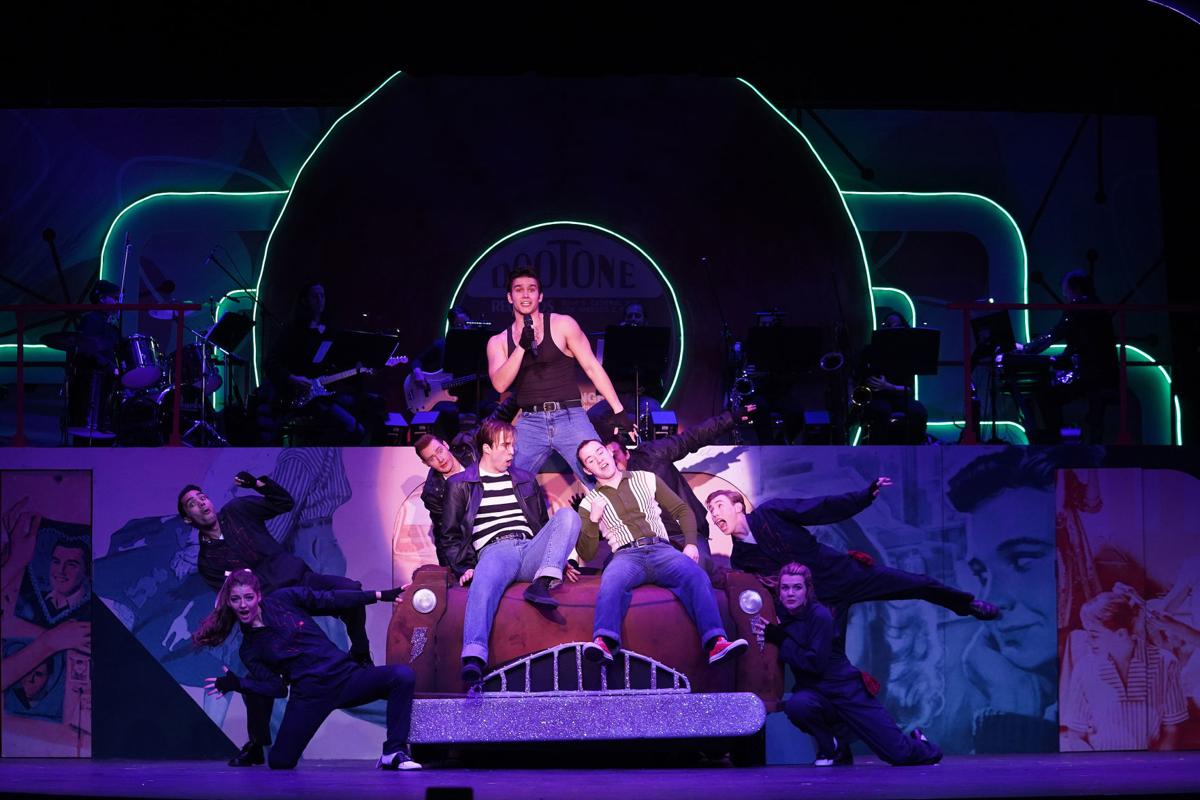 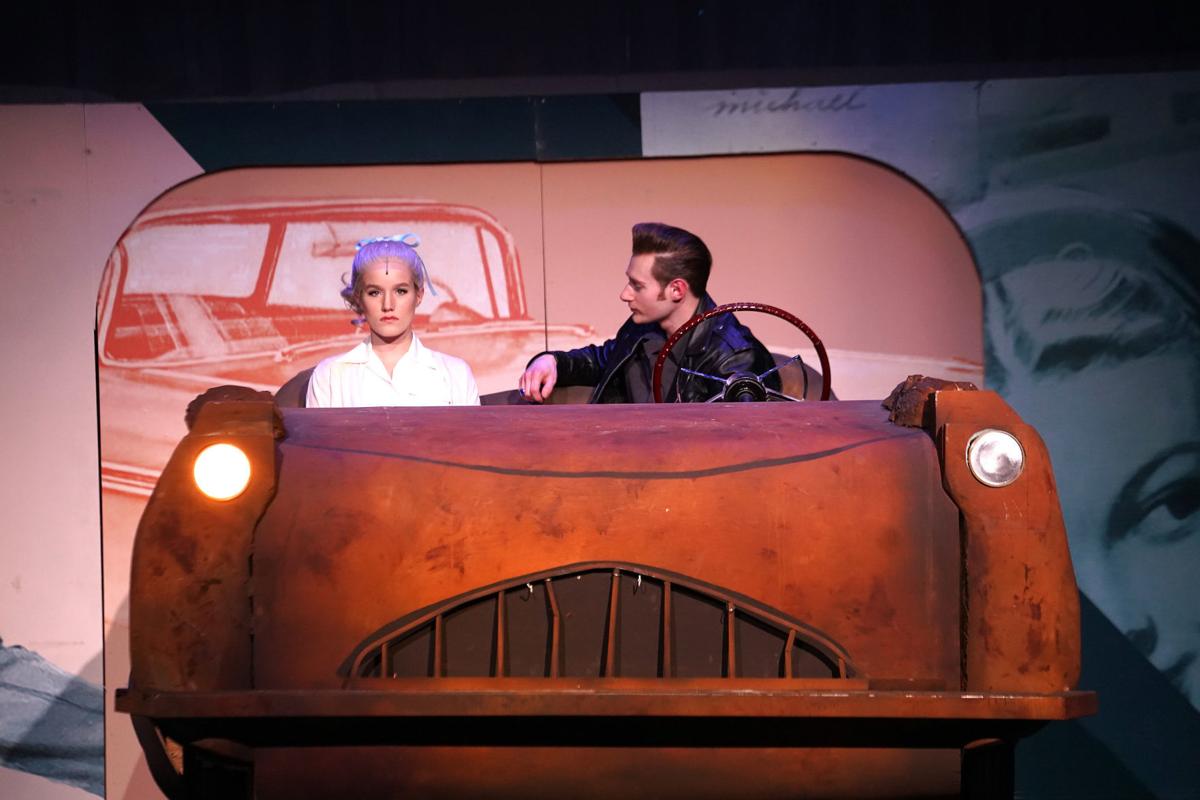 Taylor Lloyd and Theron Smith III turn up the heat as Rizzo and Kenickie in ‘Grease,’ onstage through March 15.

“Grease” is getting a whole lot of lovin’ this year. With a TV spinoff in the works and a vibrant production at the Riverside Center for the Performing Arts, this story about a group of teenagers living it up in small-town 1959 America continues to resonate.

What was first a musical became a movie and now, a television series. The future is looking pretty good for a show that débuted in 1971.

“Grease” bookwriters Warren Casey and Jim Jacobs, who are also behind the music and lyrics, explore high school life (and touch upon topics like peer pressure, bullying and teen pregnancy) through a handful of cherished characters, such as good-guy greaser Danny and goody-two-shoes newcomer Sandy, Kenickie and Rizzo, Marty and Sonny, Doody and Frenchy, and Jan and Roger, aka Putzie in the film.

That name change is just one of many variations audiences will notice between stage and screen. Here, the T-Birds are known as the Burger Palace Boys, and there’s no sighting of the rival Scorpions gang; thus, no epic car race scene.

Many of us probably know every song and every line, possibly every hand jive move. Just imagine my disappointment in the musical when Marty doesn’t say, “Oh, double doo-doo” followed up by Jan’s “What’s up, Doc?” when she drops her diamond in the macaroni during lunch. As a kid, I just thought this scene was hilarious.

While John Travolta and Olivia Newton–John’s iconic Danny and Sandy take the lead in the film, the musical seems to place all of our beloved characters on a more even playing field. Secondary characters are given a chance to soak in the spotlight, like budding guitar player Doody (Kyle Boardman) backed by the company in the delightful number “Those Magic Changes,” and Roger aka “Rump” and Jan (Joey Gravins and Gabrielle Gutierrez) adorably play off each other in the duet “Mooning.”

And Kenickie finally gets to sing the song about his own damn car. Led by a tank top-wearing Theron Smith III, “Greased Lightning” also showcases director Patti D’Beck’s wonderful choreography featuring both guys and girls in worksuits. D’Beck and “Grease” go way back; she served as assistant choreographer on Tommy Tune’s 1994 Broadway revival, with Rosie O’Donnell as Rizzo and Billy Porter as Teen Angel.

The entire cast does a nice job of bringing these colorful characters to life, and they look like they’re having the best time onstage, especially during those crowd-pleasing ensemble numbers. “We Go Together” and “Born to Hand Jive” are so much fun to watch.

Among the standout performances: Taylor Lloyd is absolutely radiant as Rizzo, the Pink Ladies’ sharp-tongued leader who hides her vulnerable side; and Smith brings a lot of charisma to his role as Danny’s tough-guy best friend. The chemistry between the two are electric and their scenes bring much oomph to the show.

As Teen Angel and Frenchy’s sassy personal adviser, Philip Alexander is a sparkly vision in purple and commands the stage in “Beauty School Dropout.” His voice just blows everyone else’s out of the world.

And Kathy Halenda, another Riverside regular, is always a treat onstage. For this show, she plays the role of the no-nonsense Miss Lynch, who loosens up at the high school hop after hitting the spiked punch bowl too hard.

Tyler Michael Breeding and Justine Verheul as Danny and Sandy have some great moments in the show, including their solos “Alone at the Drive-In Movie” and “Hopelessly Devoted to You.” Just wished there was a little more spark in their scenes together.

The “Grease” story itself is not without its kinks; you could see why it was punched up for the movie. Although with its lovable cast of characters and impossibly catchy songs, “Grease” is a fun and vibrant joyride through a generations-spanning classic.