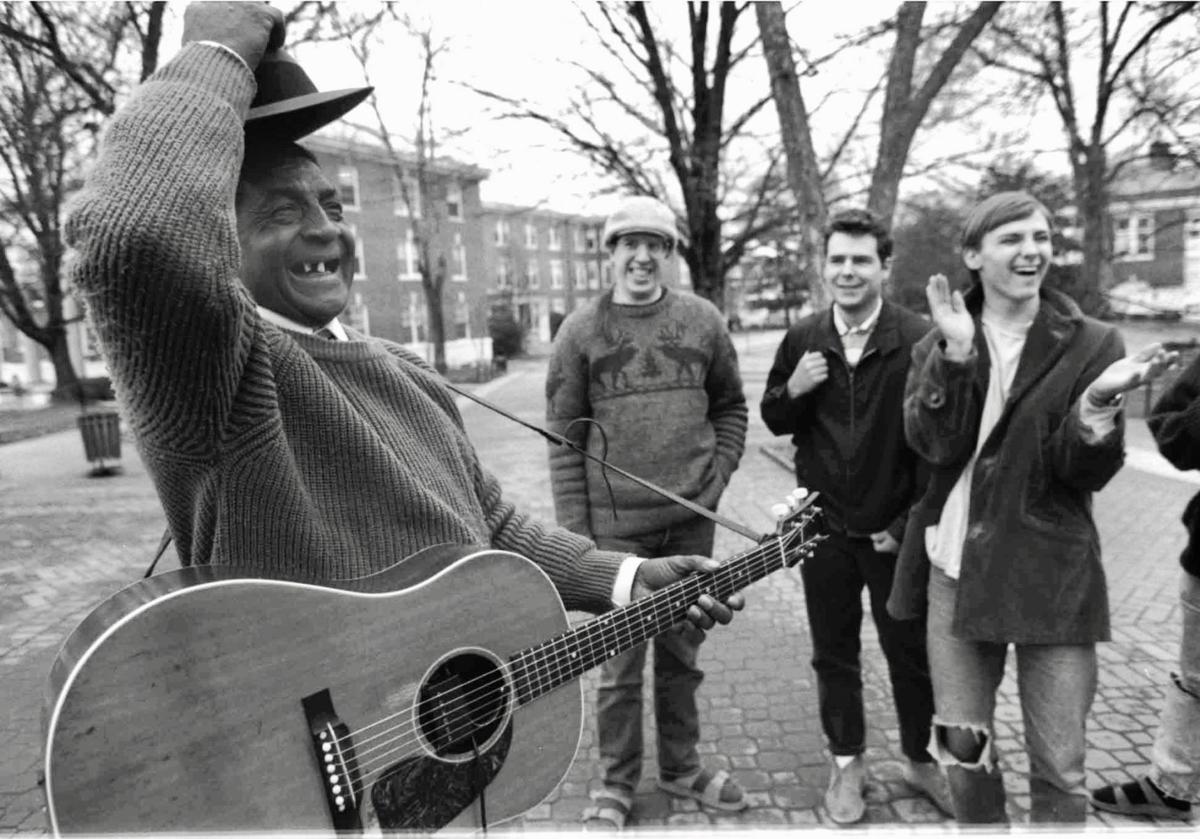 John Jackson shares a song with fans at a music workshop during Mary Washington College’s first blues festival, in March 1989. Jackson, 77, who went from being a gravedigger to one of the pre-eminent blues musicians in the country, died of kidney failure on Sunday, Jan. 20, 2002, at his home in Fairfax County. 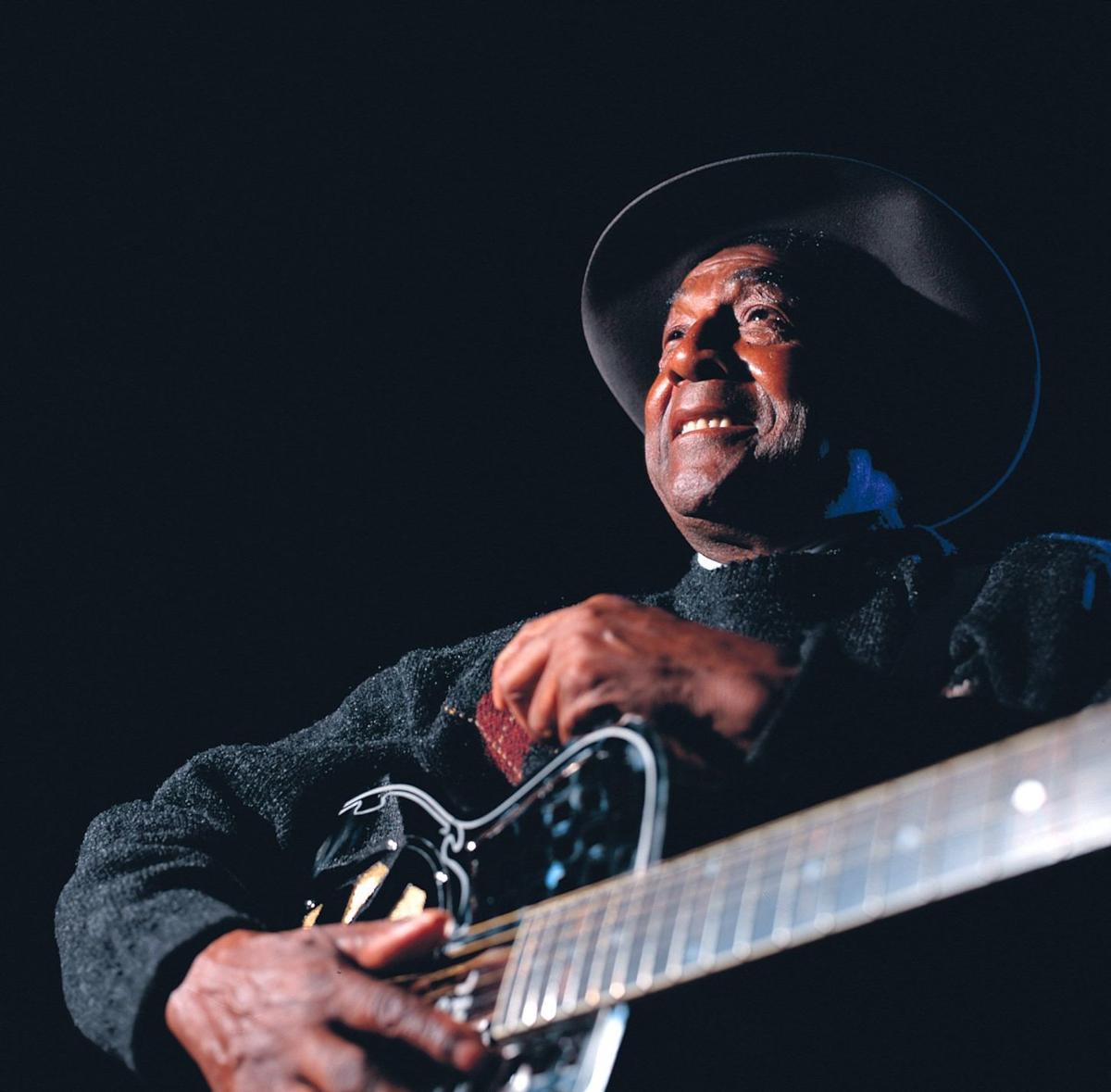 John Jackson shares a song with fans at a music workshop during Mary Washington College’s first blues festival, in March 1989. Jackson, 77, who went from being a gravedigger to one of the pre-eminent blues musicians in the country, died of kidney failure on Sunday, Jan. 20, 2002, at his home in Fairfax County.

The legacy of Rappahannock’s most legendary musician is coming full circle.

On Saturday, Sept. 28, blues guitarist and singer John Jackson will be celebrated at the first John Jackson Piedmont Blues Festival at Eldon Farms in Woodville, not far from where he was born 95 years ago.

Joining in the salute to Jackson will be an impressive lineup of Piedmont musicians, including several who played with him, such as renowned harmonica player Phil Wiggins and singer/guitarist Eleanor Ellis. Other artists featured in the tribute will be the noted finger-style guitarist Wayne Henderson and the Virginia Luthiers, Jeffrey Scott, who is Jackson’s nephew, blues singer Robert Glasker and the Rappahannock Unity Choir.

Jackson died in 2002, but only after a remarkable career that began as a young boy learning how to play guitar as part of a poor but musical family with 14 children.

His journey included a stretch of roughly 15 years when he didn’t perform publicly after a violent fight at a house party, followed by his “discovery” while giving a lesson in the backroom of a Fairfax gas station, and eventually, wide acclaim as a master of Piedmont music.

He played in festivals around the world, but also in Carnegie Hall in New York and Royal Albert Hall in London, and at a Labor Day picnic at the White House when Jimmy Carter was president.

In 1986, Jackson was awarded a National Heritage Fellowship, the country’s highest recognition for folk and traditional artists.

“He was an extraordinary player. He mastered the intricate, lilting Piedmont finger-picking style,” said Frank Matheis, an author, radio producer and regular contributor to Living Blues magazine. “He also had a remarkable memory. He knew hundreds of songs.”

Matheis, who will emcee the September show, pointed out that Jackson’s broad repertoire incorporated all types of music popular in the region—from acoustic blues to traditional Appalachian tunes. Jackson learned songs he heard on the radio or from the records his sister bought, without regard to race.

Jackson’s ability to learn so many songs, proved to be a big factor in the blossoming of his career as a recording artist. Back in 1964, although he was still not playing in public, he agreed to give lessons to a friend who worked at a service station in Fairfax County, where Jackson and his family had moved in 1949.

As luck would have it, Chuck Perdue, then the president of the Folklore Society of Greater Washington, stopped there for gas, and heard Jackson playing. Perdue was so impressed he encouraged him to start performing in D.C. clubs and coffeehouses.

That soon led to Jackson’s first recording session for Arhoolie Records. As Jackson remembered it, he recorded about 90 songs in one day, with the taping session lasting from 11 in the morning to 11 at night. He was paid $150. But it provided the cuts for his first album, titled “Blues and Country Dance Songs from Virginia.” Eight more albums would follow, with the last one, “Rappahannock Blues” released by Smithsonian Folkways Recordings in 2010.

It did take a while for the more acoustic Piedmont blues, to come out from the shadow of its Mississippi Delta cousin—music that drove the early evolution of rock ’n’ roll. In fact, when Jackson made his first trip to England in the late 1960s, he was billed as “Mississippi John Jackson,” even though, as he later told Matheis, “Frankie, I’ve never even been to Mississippi.”

Despite his artistic success and notoriety, Jackson never quit his job as caretaker and a grave digger at Fairfax City Cemetery.

“I’m so happy there’s going to be a festival honoring him and I’m honored to play in it,” said Eleanor Ellis, who has been a respected Piedmont blues artist for many years. “He was an incredible musician. But I think the reason he was so beloved by so many people is that he was also a wonderful person. He was so giving, and always encouraging to people who wanted to play this music.”

Another of the performers, Jeffrey Scott, agreed. He said his uncle was a big believer in the need to keep Piedmont music alive. “He would tell me that playing this music is like being in a relay race. You have to teach young people to play it so it can be passed on. He said when you can’t run around the track anymore, you pass the baton on.”

Matheis said the festival will provide the opportunity to both honor a local legend and hear what he described as “some of the best acoustic blues musicians anywhere.”

He pointed out that almost all the performers have some connection to Jackson. “It will represent the harmony that was part of John’s grace—the sharing, nurturing, teaching and learning that’s always been a part of this music,” he said. “It will be true to the East Coast tradition of what we call Piedmont.”

The festival is soliciting vendors whose crafts and art reflect Appalachian life and culture from the 1920s through the 1940s, the period Jackson lived in Rappahannock.

The event is a collaboration between the Virginia Cooperative Extension and Eldon Farms. Funding has been provided through grants from the Virginia Humanities Foundation, the William and Mary Greve Foundation, the Rappahannock Association for Arts and Community Claudia Mitchell Fund, Mr. and Mrs. Charles Akre, and the Meade Palmer Memorial Fund administered by the Northern Piedmont Community Foundation.

John Jackson Piedmont Blues Festival, Eldon Farms, 4432 Sperryville Pike, Woodville. Saturday, Sept. 28, noon to 8 p.m. Admission is $10 (cash or check) at the gate, but tickets can be purchased for $8 in advance at johnjackson.eventbrite.com. Children 14 and younger with a paying adult will be admitted free.