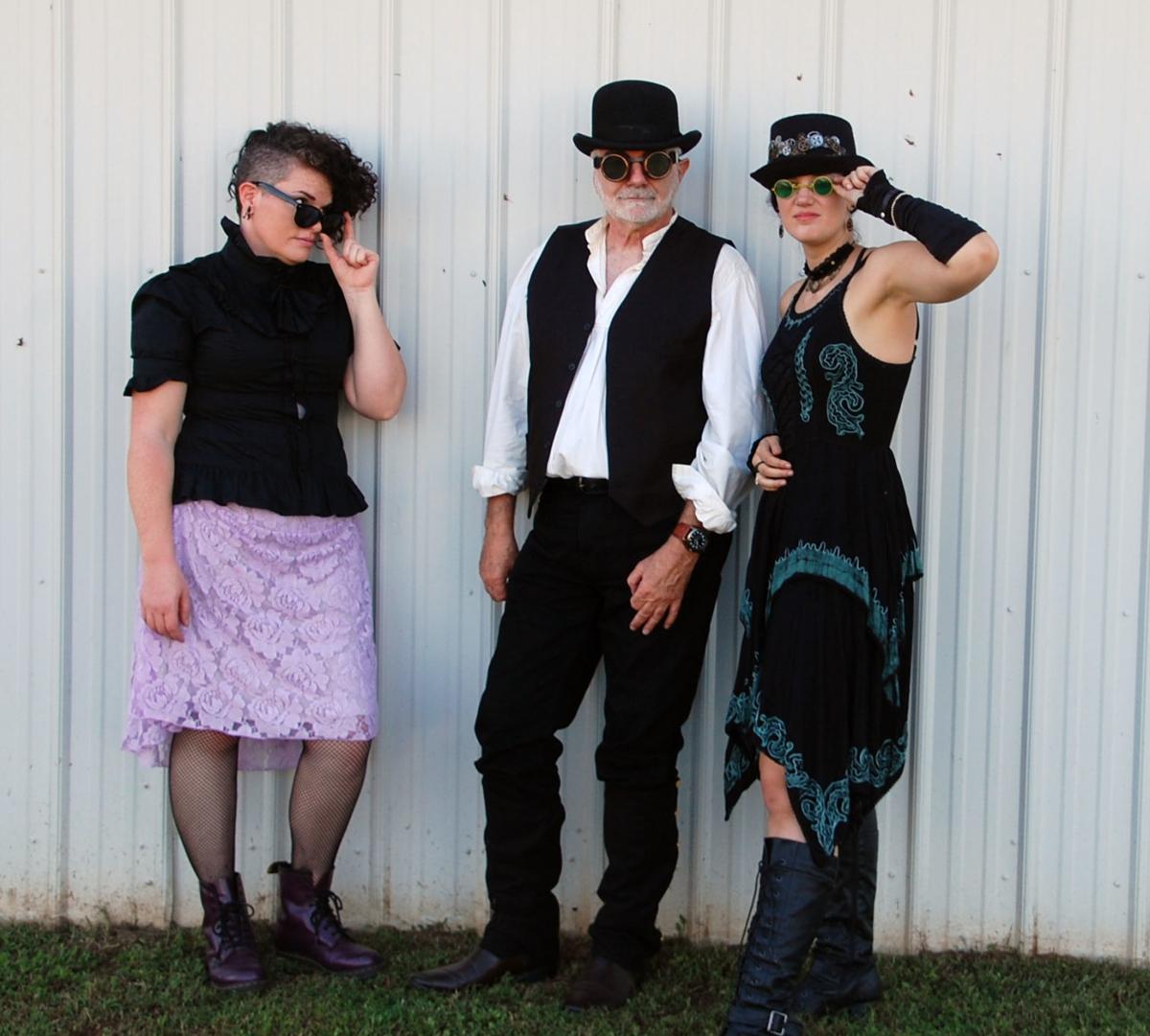 Holly Breivik (left), Jim Lawrence and Lauren Smith of Celtic Machinations will appear at a couple of St. Patrick’s Day celebrations this weekend. 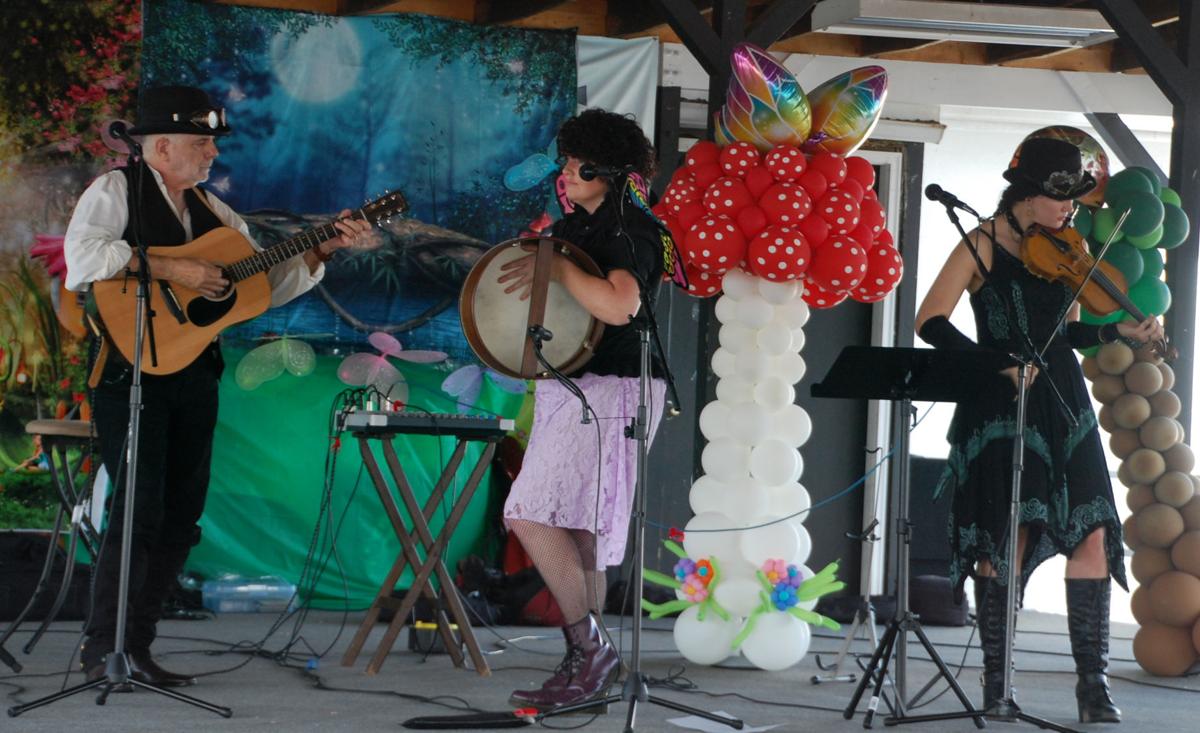 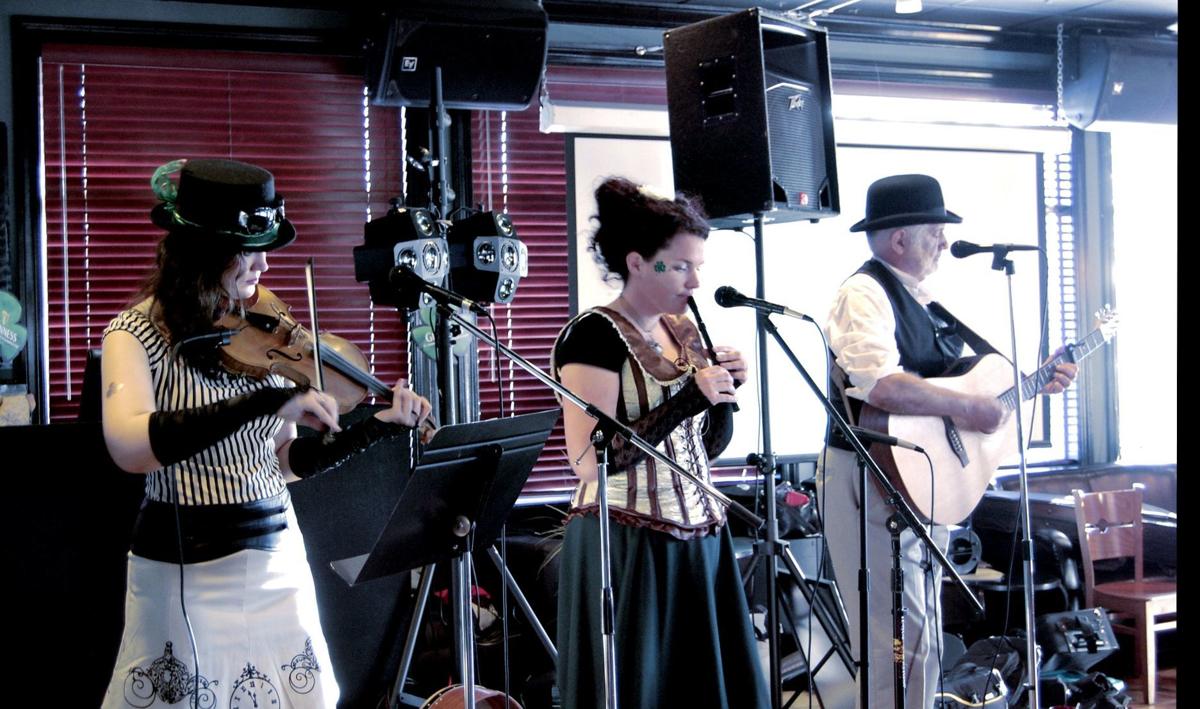 Celtic Machinations consists of Jim Lawrence and his daughter, Holly Breivik, along with Lauren Smith. 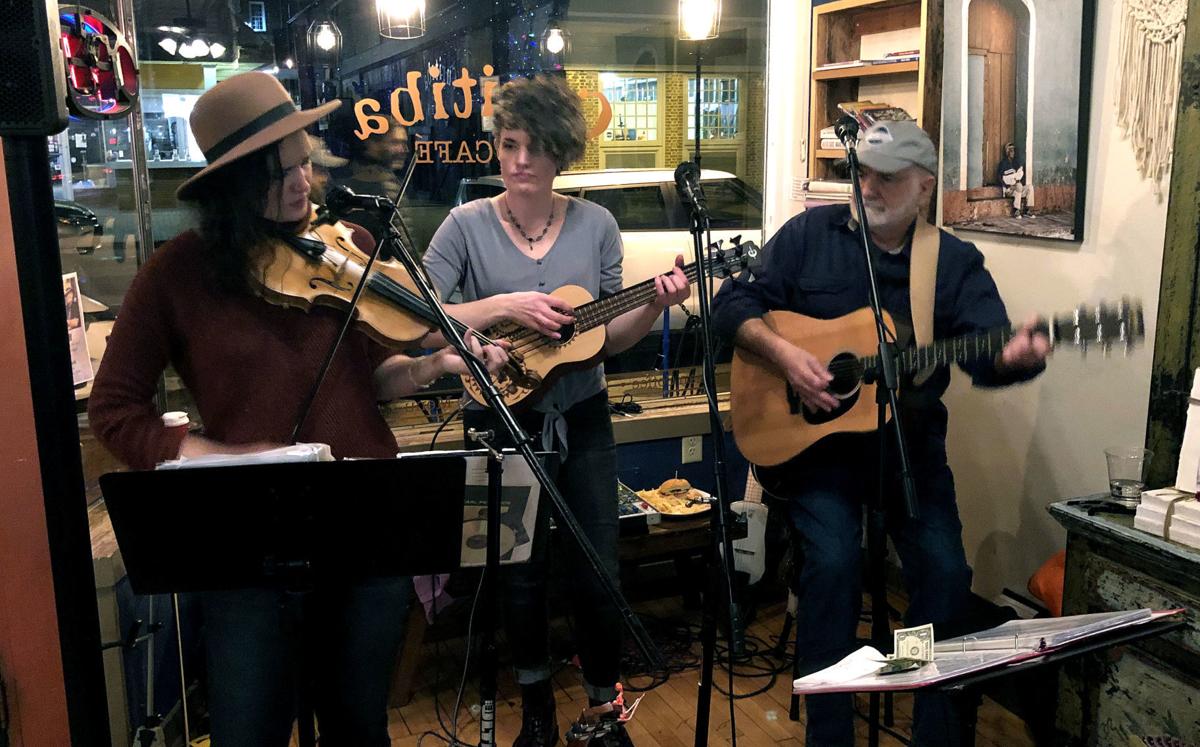 Holly Breivik (left), Jim Lawrence and Lauren Smith of Celtic Machinations will appear at a couple of St. Patrick’s Day celebrations this weekend.

Celtic Machinations consists of Jim Lawrence and his daughter, Holly Breivik, along with Lauren Smith.

Celtic Machinations is set to hit audiences with a blast of Irish ballads, reels, jigs and pub tunes, when the band takes the stages at Lake Anna Winery and Wilderness Run Vineyards this weekend.

Lauren Smith, Jim Lawrence and his daughter, Holly Breivik, all singers who play half a dozen instruments between them, tend to pick up the energy at the outset.

Sometimes they don’t let up for hours.

It depends on the audience, said Smith, the fiddler in the band who also plays the ukulele.

“If the crowd is really into it, and they don’t feel like stopping, we just keep going,” she said.

Lawrence, the guitar player, is likely as not to play a tune or two on the whistle, or hold down the rhythm on an Irish bouzouki, an instrument in the lute family that looks something like a large, long, teardrop-shaped mandolin and is derived from the Greek bouzouki.

Lawrence said he enjoys himself most when the band and the audience form a relationship for the duration of the show.

“You hope they become interactive, that they dance, clap and sing along,” said the Falmouth resident.

Smith said the band’s aim will be to get people to have fun at the shows. The members will perform from 2–5 p.m. Saturday at Wilderness Run Vineyards in Spotsylvania, and again from 1–4 p.m. Sunday at Lake Anna Winery in Spotsylvania.

“I hope they get up and dance. I always like it when they get so into it that they just want to stand up and move around,” said Smith, who lives in Lake Wilderness. “When the crowd responds, it’s just all the more exciting.”

Breivik, who might also knock out a whistle tune or two, or keep rhythm on the bodhran (a one-sided, hand-held Irish drum), said she thinks the band gets as much out of the performances as their audiences do.

“It’s an energizing activity. I feel like I always walk away from it feeling pretty good about life in general,” Breivik said.

Breivik likes bringing Irish music to people who haven’t heard it before.

“I feel like it’s a cultural experience. A lot of people aren’t necessarily exposed to Irish music or culture. I like it when somebody hears the music and says, ‘Oh! I like this. I like Irish music,’” Breivik said.

“It’s cool when they come up and they say you played something that really brought back memories or something like that,” said Smith, a music teacher at Bach to Rock in Bristow in Prince William County.

While the band members have a few minor differences in the type of Irish tunes they prefer, reels, the lively Irish dance tunes, are to everyone’s liking.

“I like reels the best because they’re quick,” Smith said. “You can play around with them a lot, and with the bodhrán, the guitar and maybe the bouzouki thrown in, that’s the most exciting.”

“I like doing ballads, but I like the minor key reels,” said Breivik, who teaches music out of her home in Sumerduck.

“It’s a toss-up for me,” Lawrence said. “I love to sing, but for instrumentals, I would say the reels. When Lauren really drives those tunes home, the intensity is that of rock ’n’ roll. I just love it.”

Lawrence said the band, which has been together, in one iteration or another, since the late 1990s, has made appearances at Bella Café in Stafford, the band’s first gig, at Curitiba in Fredericksburg and at a number of venues in Culpeper. Audiences may have seen them play in the area as Razor Hill, which performs Applachian, and traditional and contemporary folk standards.

Celtic Machinations is scheduled to play later this year at the Virginia Scottish Games and Festivals and at the Southern Maryland Celtic Festival.