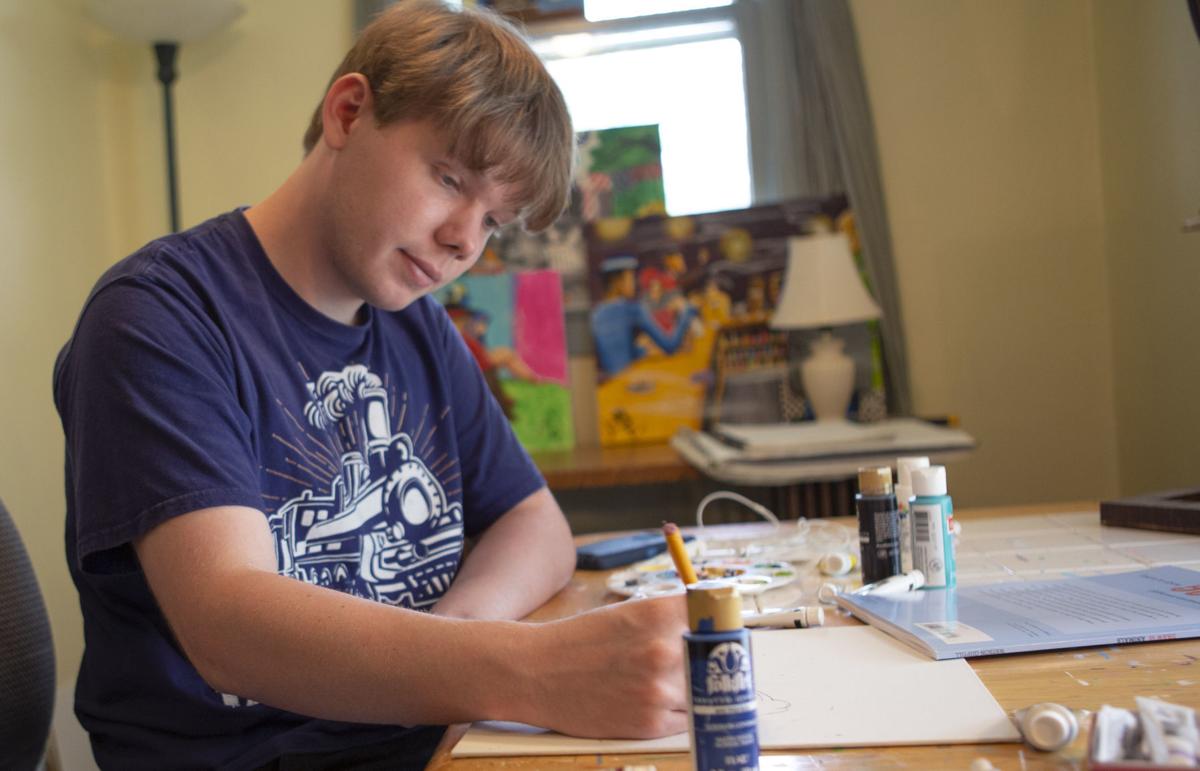 Caroline County artist Joey Frye has opened a studio and gallery in Bowling Green. He held the gallery’s grand opening on Saturday. Its name, ARTism, is a play on the word ‘autism.’ 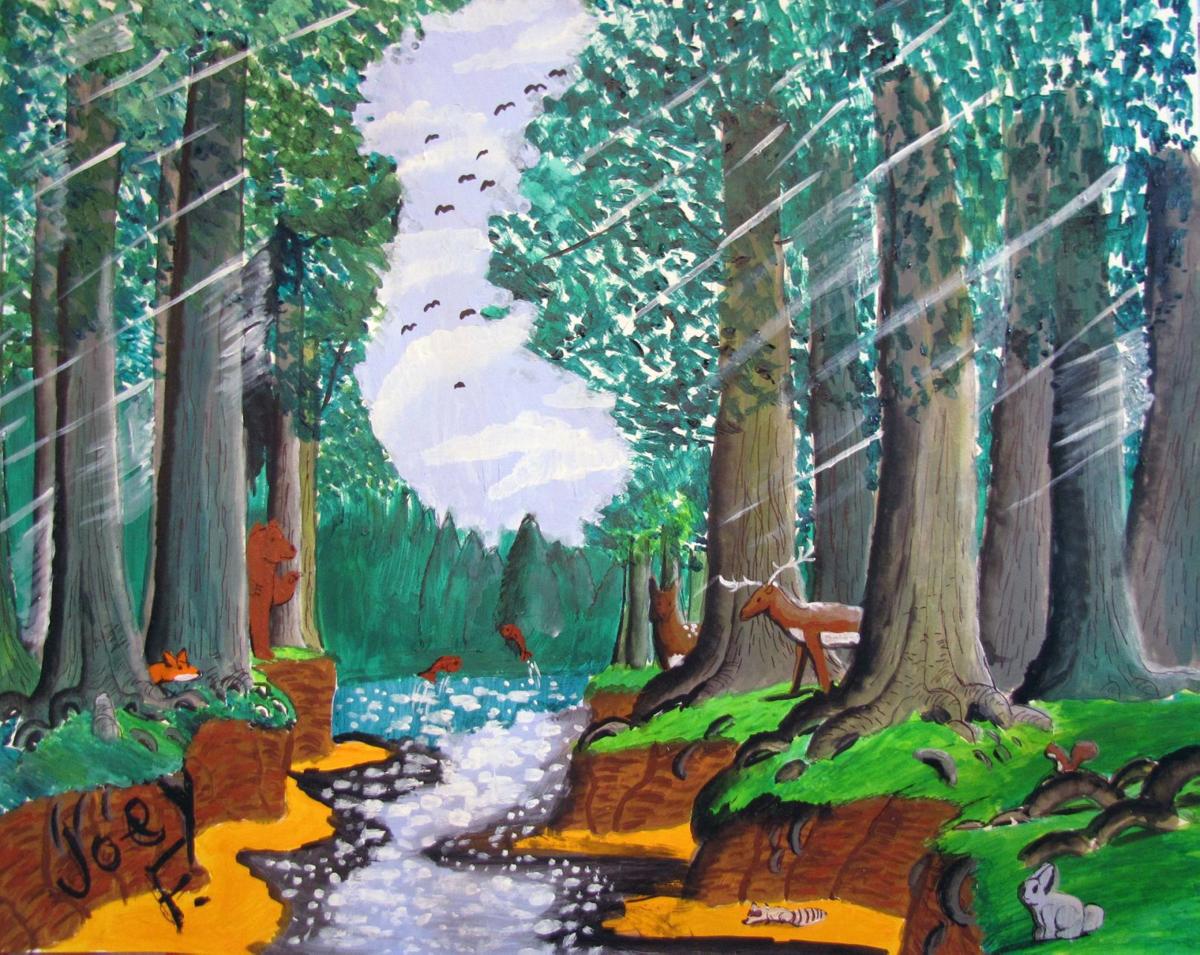 A few examples of works by the 22-year-old Virginia artist, who discovered an aptitude for drawing at an early age. Over the past two years, Joey Frye has sold more than 200 paintings. 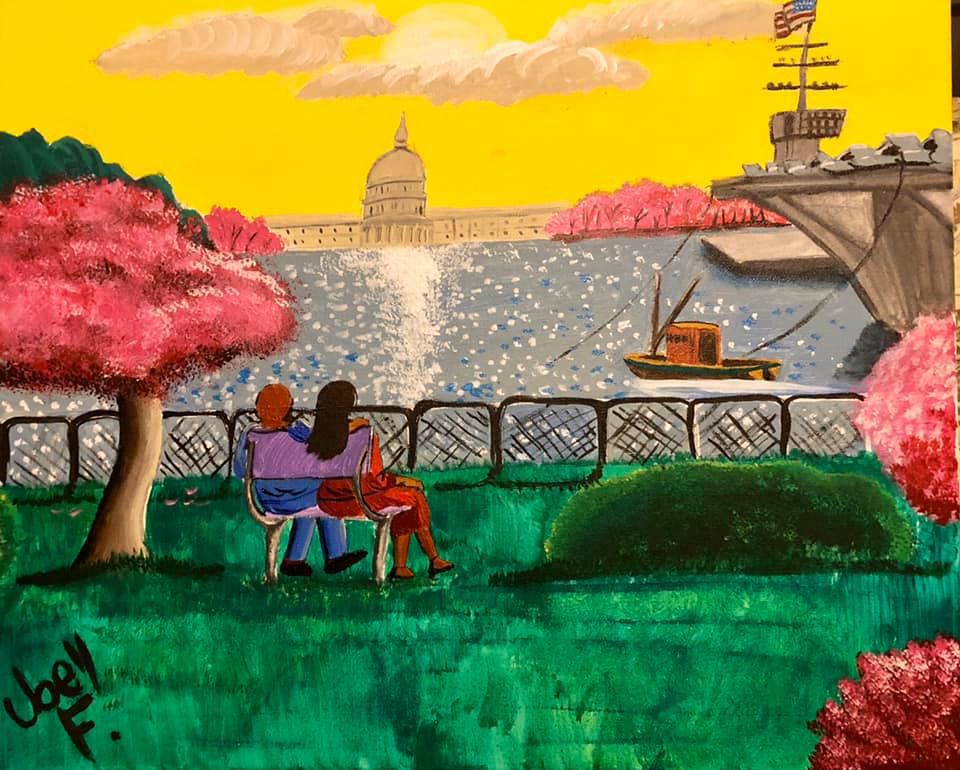 A selection of works by Joey Frye is on display at his new studio and art gallery in Bowling Green.

Caroline County artist Joey Frye has opened a studio and gallery in Bowling Green. He held the gallery’s grand opening on Saturday. Its name, ARTism, is a play on the word ‘autism.’

A few examples of works by the 22-year-old Virginia artist, who discovered an aptitude for drawing at an early age. Over the past two years, Joey Frye has sold more than 200 paintings.

A selection of works by Joey Frye is on display at his new studio and art gallery in Bowling Green.

The town of Bowling Green is poised for an infusion of color and whimsy.

Homegrown artist Joey Frye, 22, will host a grand opening for his new studio and gallery, ARTism by Joey, Saturday from 1 to 4 p.m.

The event will feature remarks, a ribbon-cutting, an open house and snacks.

The studio is occupying a storefront on Main Street in Bowling Green that has been vacant for many years.

“This is going to give Bowling Green a face-lift,” said Frye.

“It was a big endeavor,” she said. “Joey and his whole family and community have worked very hard to make this happen, and we will continue to do so the best we can.”

Frye, who has autism spectrum disorder, or ASD, discovered an aptitude for drawing at an early age. He was nonverbal until he was about 4 years old, and drawing was how he expressed himself.

He considers himself an ambassador for those on the autism spectrum and sees the characteristics of ASD as an advantage rather than a handicap.

“I call it a gift and a tool to use for other purposes,” Frye said. “I see things literally.”

In high school, Frye established his business—ARTism by Joey, which plays on the word “autism”—and started accepting commissions. He asks clients to give him a few details about their favorite things and then he takes those details and creates colorful, eclectic, personal works of art.

According to his family, Frye has sold more than 200 paintings in the past two years, while completing a fine arts degree from Germanna Community College.

“He thought it was a great idea and it will be great for the town,” Caroline Frye said.

“Team ARTism is passionate about lifting people who have challenges, whether they are on the spectrum or not,” she said. “We are so fortunate that Joey has learned to advocate for himself, and his story is a beacon for so many people.”

Frye said he plans to keep working hours at the new studio Tuesday through Saturday.

In the front of the space, there will be a gallery for displaying his completed art—as well as Frye-designed notecards, calendars and Christmas ornaments—that will be for sale.

“After I get settled, I want to see if we can display some other local artists,” Frye said.

Fans of his work can expect to see some new styles, Frye said. He’s been researching new techniques, such as impressionism, and new mediums, such as watercolors and gouache paint.

Gaines, who is president of the newly established Bowling Green, Virginia Community Alliance Group, which is part of the Virginia Main Street Program, said he believes Frye’s gallery will help with the revitalization of the town.

“With the way sales are going on the internet, you need to find a specialty niche that can be draw,” he said. “That’s what Joey is.”

Gaines said he gave the space a “total makeover, top-to-bottom,” which included new electricity, heat and plumbing. He also redid the facade of the building to set the gallery apart from the “’50s retro” look of the rest of the town.

“I think this will be a great business because of [Joey’s] special ability,” Gaines said. “It could really put the town on the map.”