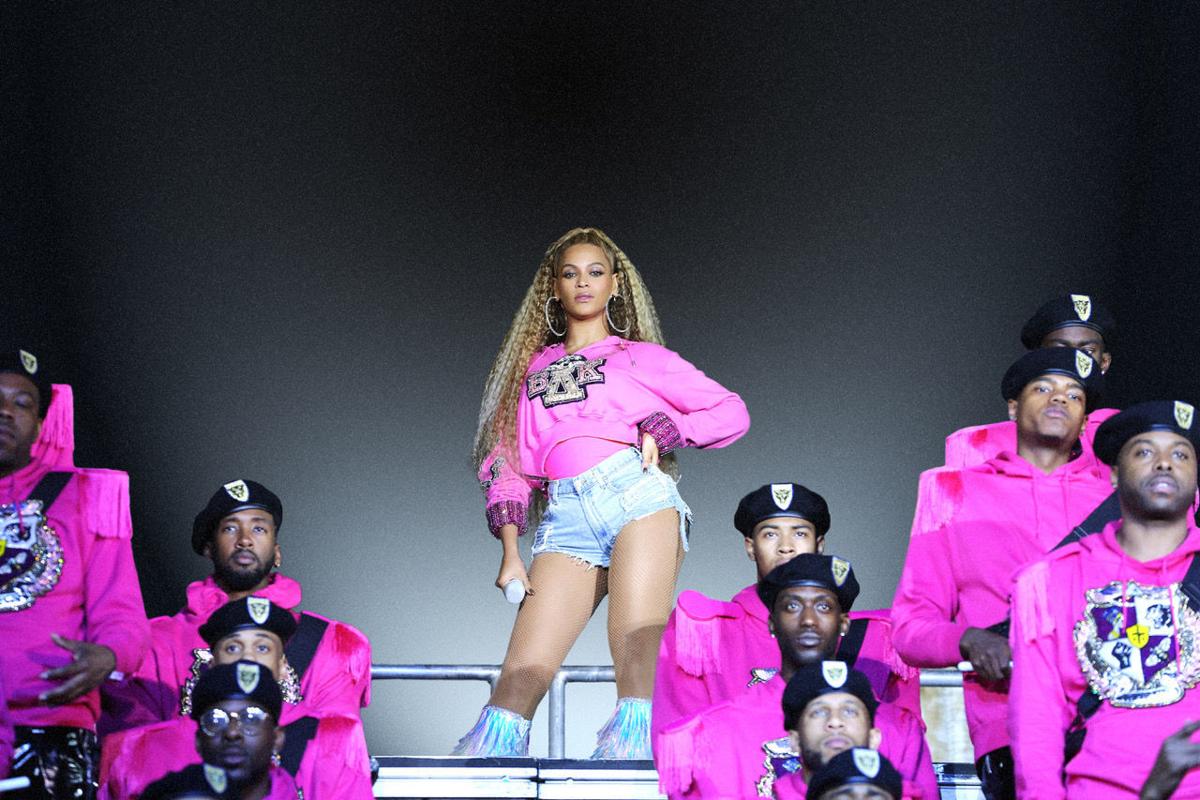 Relive Beychella in the Netflix documentary, ‘Homecoming,’ about the creation of the iconic 2018 Beyoncé performance.

D’Angelo performs at SuperJam during the Bonnaroo Music and Arts Festival in 2012. 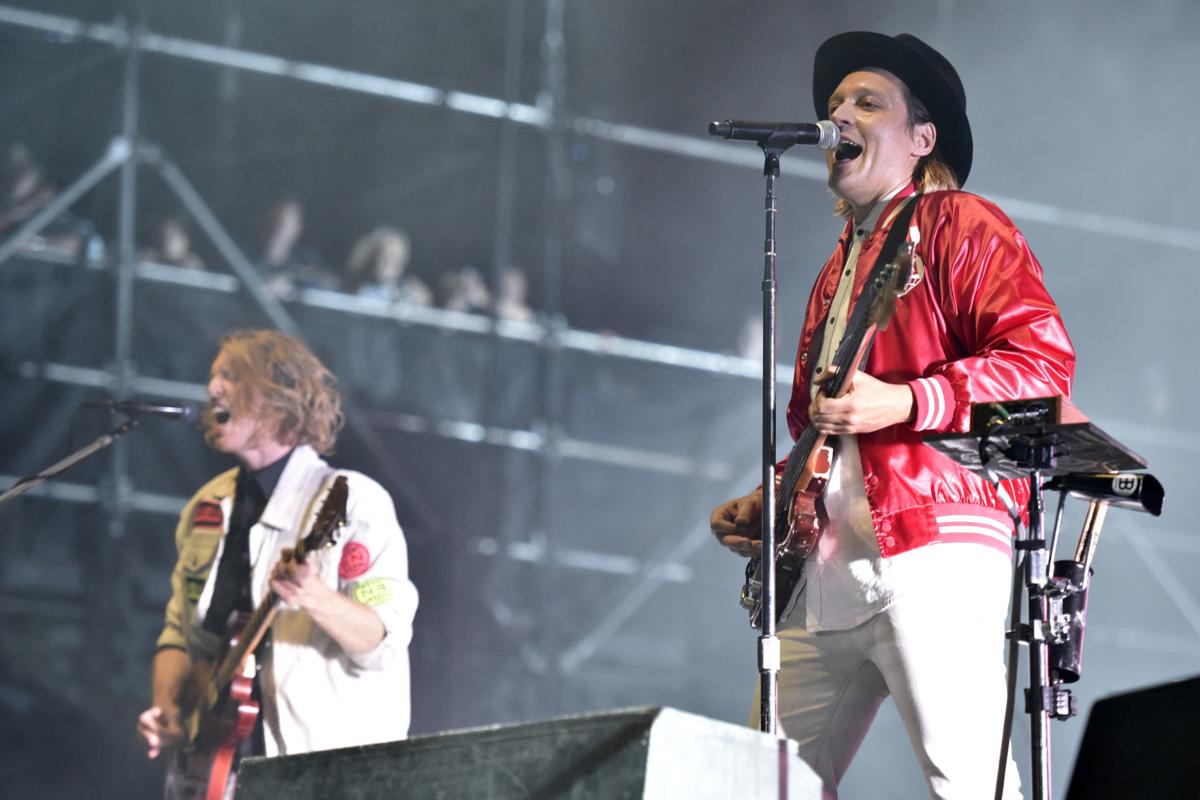 Richard Reed Parry and Win Butler of Arcade Fire perform at Lollapalooza in Grant Park in Chicago on Aug 6, 2017.

Regine Chassagne of Arcade Fire performs on Day 4 at Lollapalooza in Grant Park on Sunday, Aug 6, 2017, in Chicago. (Photo by Rob Grabowski/Invision/AP) 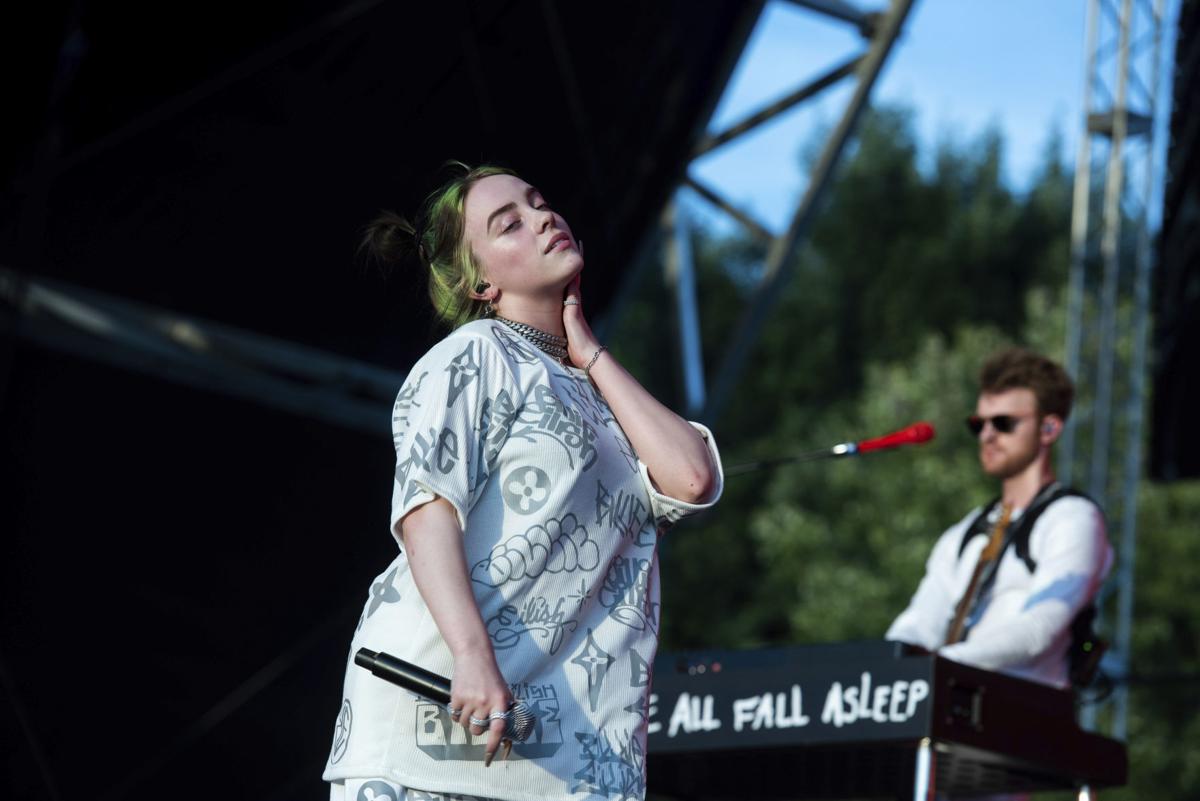 Billie Eilish, with her brother Finneas, performs during Day 2 of Music Midtown in Atlanta on Sept. 15, 2019.

Radiohead’s Jonny Greenwood calls the 2006 Bonnaroo the best festival experience he’s ever had in America.

Trent Reznor of Nine Inch Nails sings covered in mud from an afternoon downpour at Woodstock in 1994.

Relive Beychella in the Netflix documentary, ‘Homecoming,’ about the creation of the iconic 2018 Beyoncé performance.

D’Angelo performs at SuperJam during the Bonnaroo Music and Arts Festival in 2012.

Richard Reed Parry and Win Butler of Arcade Fire perform at Lollapalooza in Grant Park in Chicago on Aug 6, 2017.

Regine Chassagne of Arcade Fire performs on Day 4 at Lollapalooza in Grant Park on Sunday, Aug 6, 2017, in Chicago. (Photo by Rob Grabowski/Invision/AP)

Billie Eilish, with her brother Finneas, performs during Day 2 of Music Midtown in Atlanta on Sept. 15, 2019.

Radiohead’s Jonny Greenwood calls the 2006 Bonnaroo the best festival experience he’s ever had in America.

Trent Reznor of Nine Inch Nails sings covered in mud from an afternoon downpour at Woodstock in 1994.

When it comes to entertainment during the quarantine, maybe no industry has been hit as hard and with so much unpredictability as the music industry. Bands have had to cancel or postpone tours, while venues have laid empty for months. Many experts have said that concerts might not come back in full force until at least 2021. With summer starting and live music canceled for the foreseeable future, many significant performances from the past can be found online to help fill the void. To help get through music festival season, here’s a collection of fantastic outdoor shows that you can watch on YouTube from the comfort of your own home.

Earlier this year, Radiohead opened the Radiohead Public Library, an online resource attempting to catalog as much of the band’s history as possible. Over the last few weeks, Radiohead has been posting some of the band’s favorite concerts to their YouTube page, including their headliner at Coachella in 2012 and another from Japan in 2016. Yet it’s the band’s 2006 Bonnaroo set that guitarist Jonny Greenwood called the best festival experience he has ever had in America. With a program that reads like the band’s greatest hits, early versions of songs that would eventually be released on their “In Rainbows” album, and new audio from the concert, you can’t go wrong with a Radiohead show, but this might be one of their finest.

Bonnaroo’s SuperJam is one of the most intriguing programs of the festival, a surprise lineup that never fails to impress with a once-in-a-lifetime event. But Bonnaroo’s 2012 SuperJam will go down in history as one of the festival’s best, as Questlove brought together members of The Roots, The Time and Parliament Funkadelic. But what truly makes this such a landmark SuperJam is it marked the first U.S. show for R&B superstar D’Angelo in 12 years. On the Bonnaroo365 YouTube page, viewers can watch a four-episode series about the making of this legendary SuperJam, complete with rehearsals, behind-the-scenes material and, of course, footage of the incredible performance.

Only a month after her first No. 1 single, “bad guy,” Billie Eilish’s spot at Atlanta’s Music Midtown proved that she was a star. Eilish comes out with a sprained ankle, but it doesn’t keep her down, as her exuberance throughout the hourlong celebration has her jumping around almost immediately. The massive crowd is already screaming along to her entire set, as she makes it clear she’s the future of pop music, a force to be reckoned with.

Not even two weeks before Arcade Fire’s 2017 Lollapalooza gig, the band put out “Everything Now,” widely considered—even the band might admit—to be the band’s worst album. Oddly, Arcade Fire plays only a few songs from “Everything Now,” but since the band thrives in live settings, they even give these tracks a vibrant new sound. Mostly, Arcade Fire sticks to the hits, a lineup of excellent songs (including a John Lennon/Radiohead/David Bowie mashup of sorts for an encore) that ensure Arcade Fire as one of the most tremendous live bands around today.

There are few things better than going to an outdoor venue, where the band comes on right when the sun has gone down. Even better when the band is Fleet Foxes, the folk-rock band whose gorgeous appearance from 2018 reminds one of those wonderful nights hearing music under the stars. Even with larger audiences, Fleet Foxes’ performances have an intimate quality to them, as can be seen in the phenomenal collection of songs like “Grown Ocean” and especially “Helplessness Blues,” which might be the best song of the 2010s.

Woodstock’s 25th anniversary celebration might not be the culturally iconic event that the original fest was, but Nine Inch Nails’ dark, almost primal display certainly became legendary in its own right. Caked in mud—seemingly a combination of homage to Woodstock ’69 and NIN’s grimy sound—Trent Reznor takes to the stage in a concert that almost feels like it’s taking place in someone’s nightmare. Yet the showmanship of Reznor and the preciseness of his vision always seeps out through the mud, as can be seen in such immense hits as “Closer” and the finale, “Head Like a Hole.”

The performance so big, it left the awed audience calling the festival “Beychella.” Beyoncé isn’t just a musician, she’s an artist, and there’s no better proof of that than this showcase, which took a year to craft, and is filled with references to black culture, as well as her own musical history. Joined by marching bands, over 100 dancers, Destiny’s Child, Jay-Z and many others, Beyoncé’s production—the first Coachella headlining show by a black female—had many calling it historic and one of the greatest concerts of all time. If watching Beychella isn’t enough, Netflix even has an entire documentary, “Homecoming,” about the creation of the now legendary presentation.

While there had been plans for Bruce Springsteen and the E Street Band to release a new album and tour this year, understandably, those plans have been pushed back. Instead, Springsteen has released his three-hour film “London Calling: Live in Hyde Park” for free online. It goes without saying that any set by Springsteen is worth watching, but this Working on a Dream Tour would also be the last tour for longtime saxophonist Clarence Clemons, before his death in 2011.

In another gigantic Hyde Park blowout, this Foo Fighters appearance featured a crowd of over 100,000 people, as the band tore through a slew of their biggest songs—a list that has grown substantially in the 14 years since this show. But the real star of this impressive gig might be the encore, which features covers of “We Will Rock You” and “Tie Your Mother Down” with Queen, before getting into their masterpiece, “Everlong.”