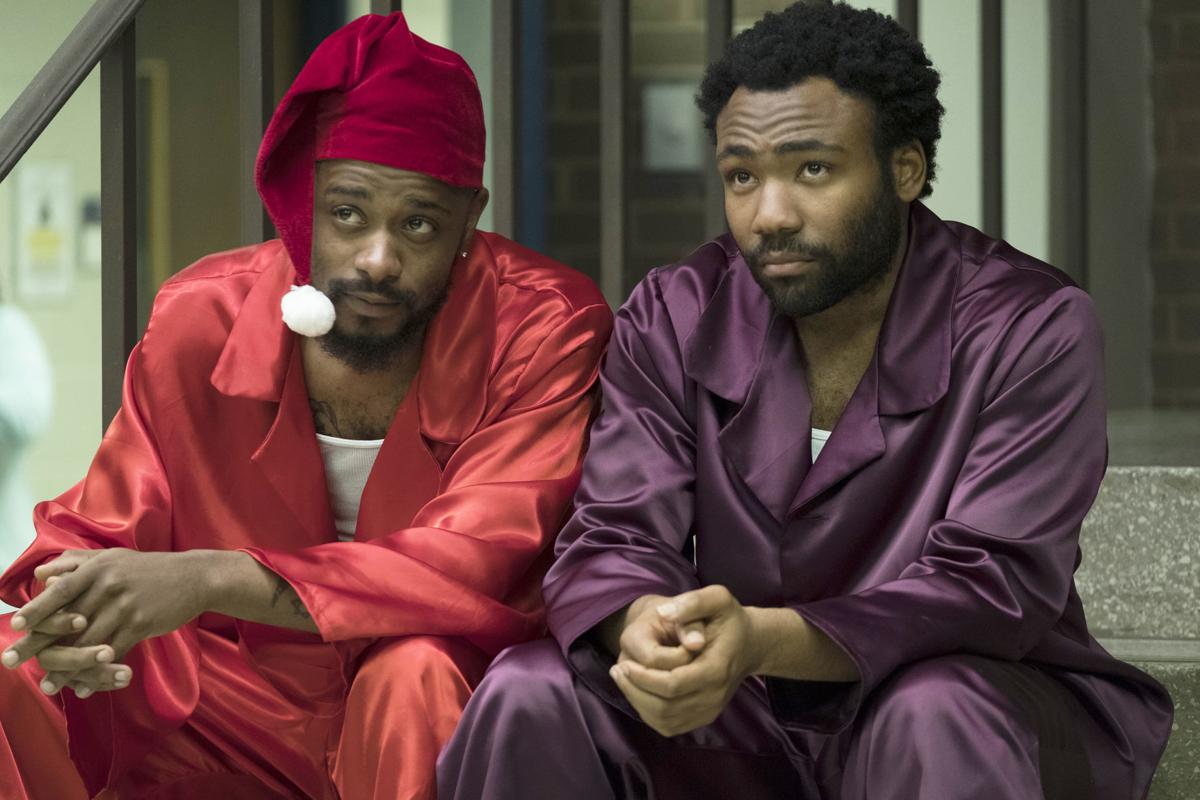 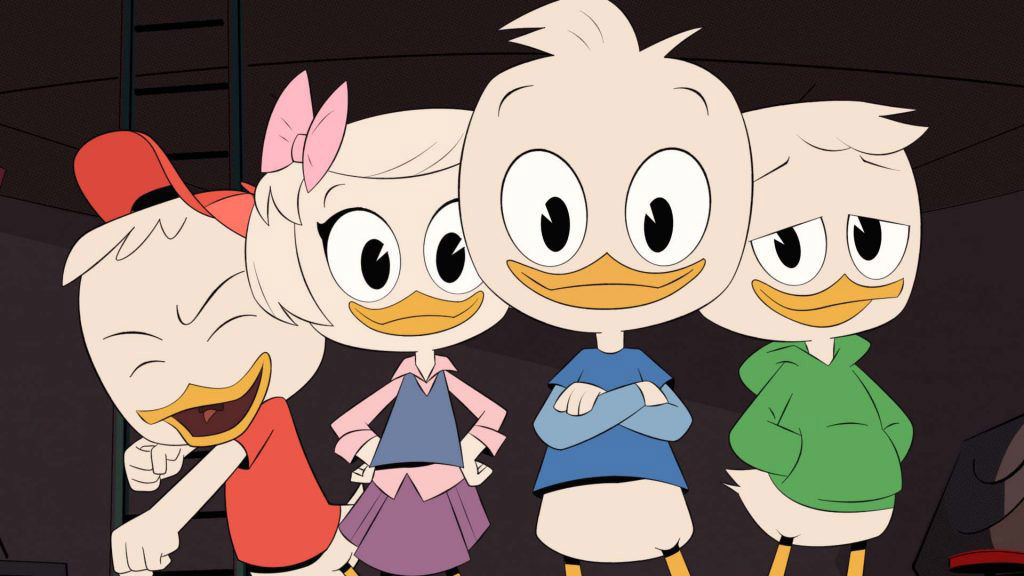 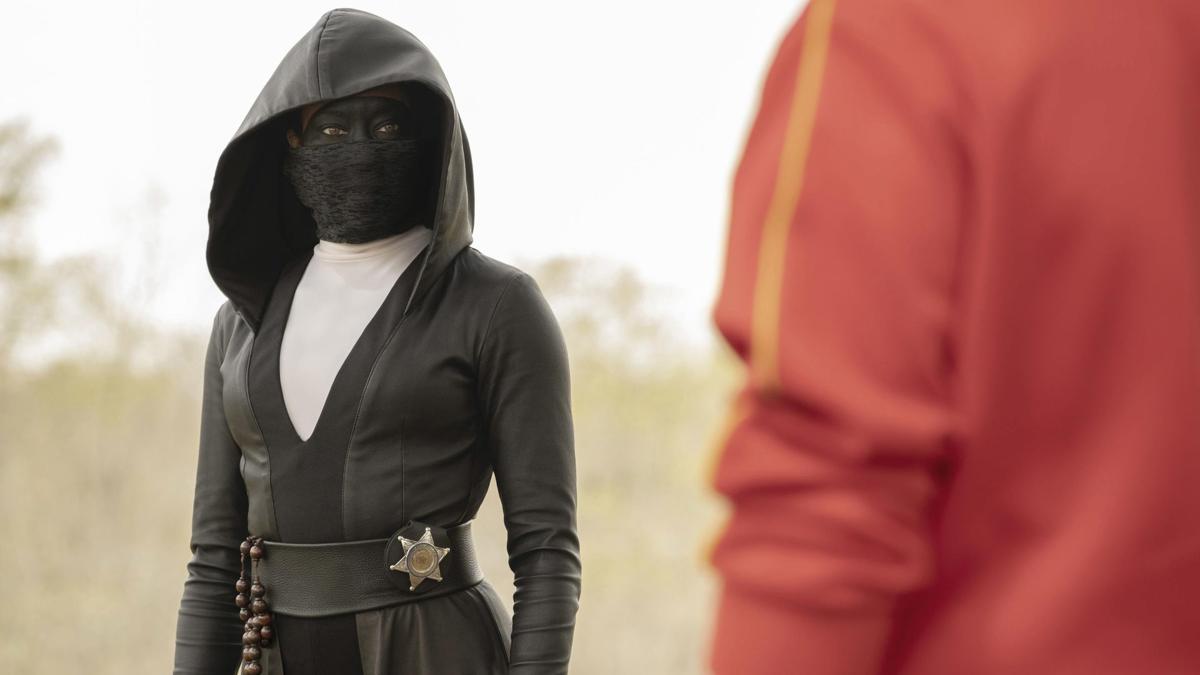 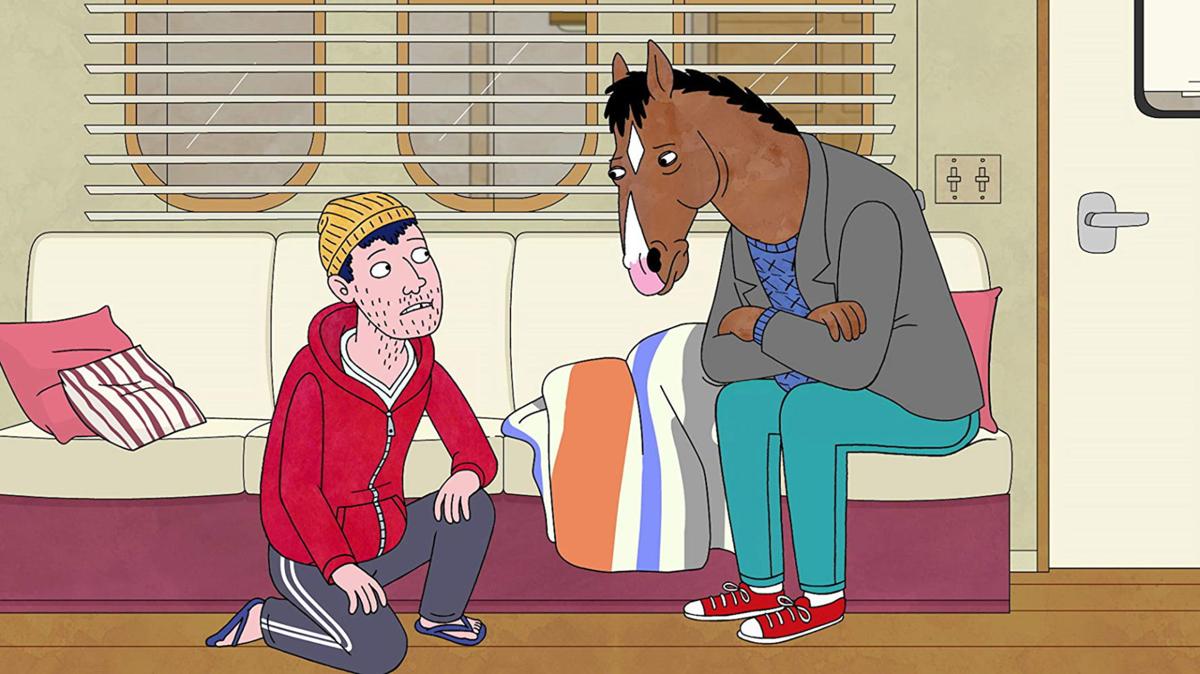 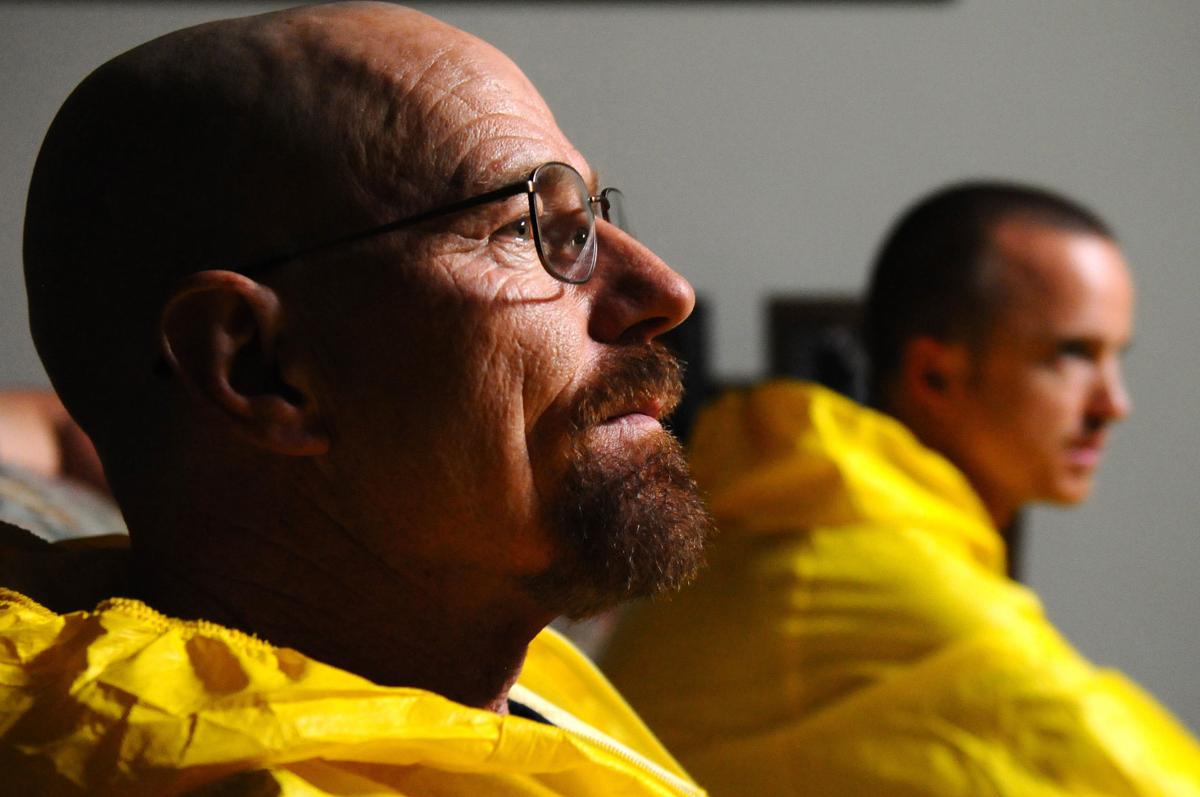 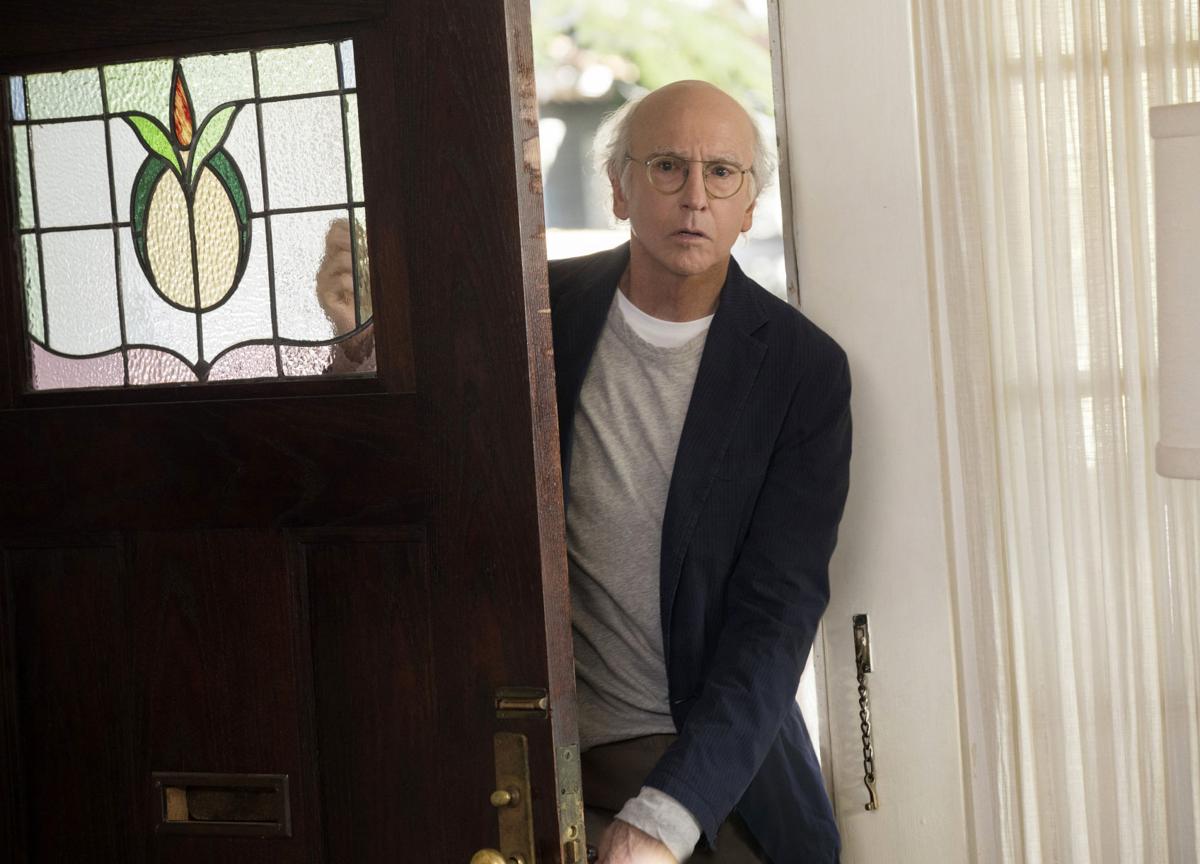 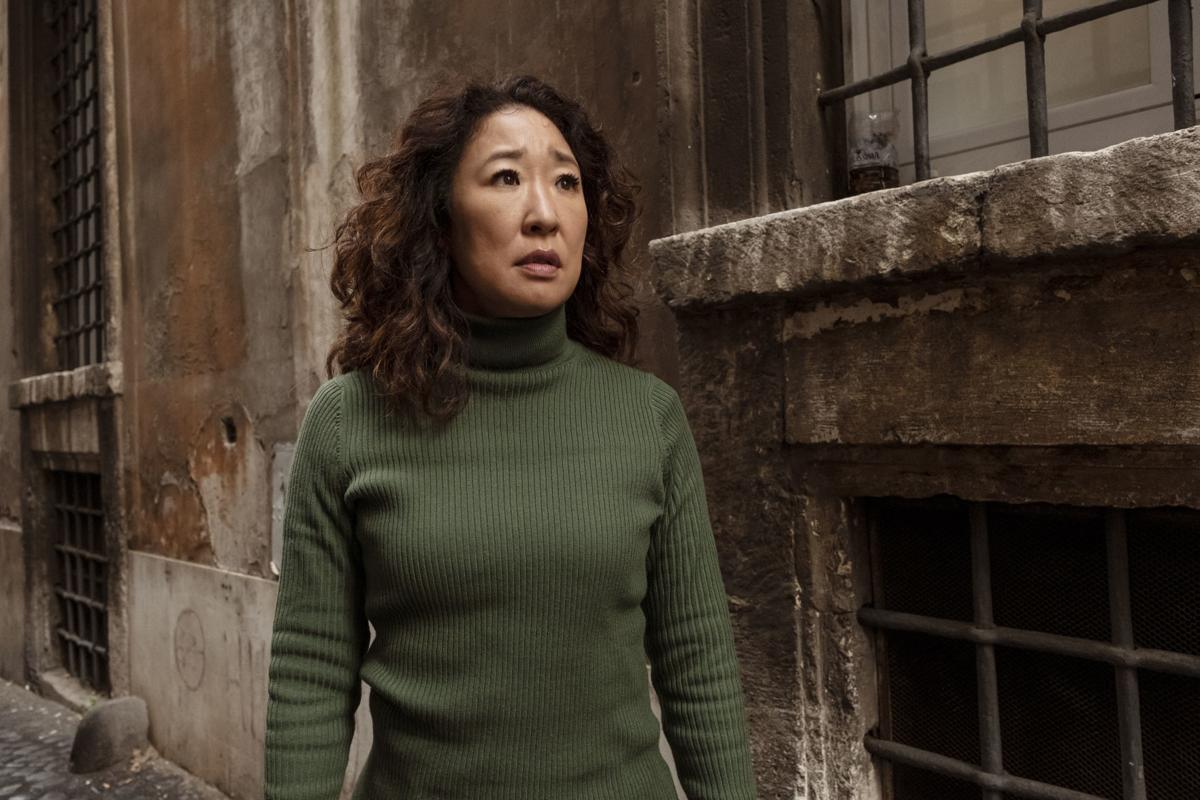 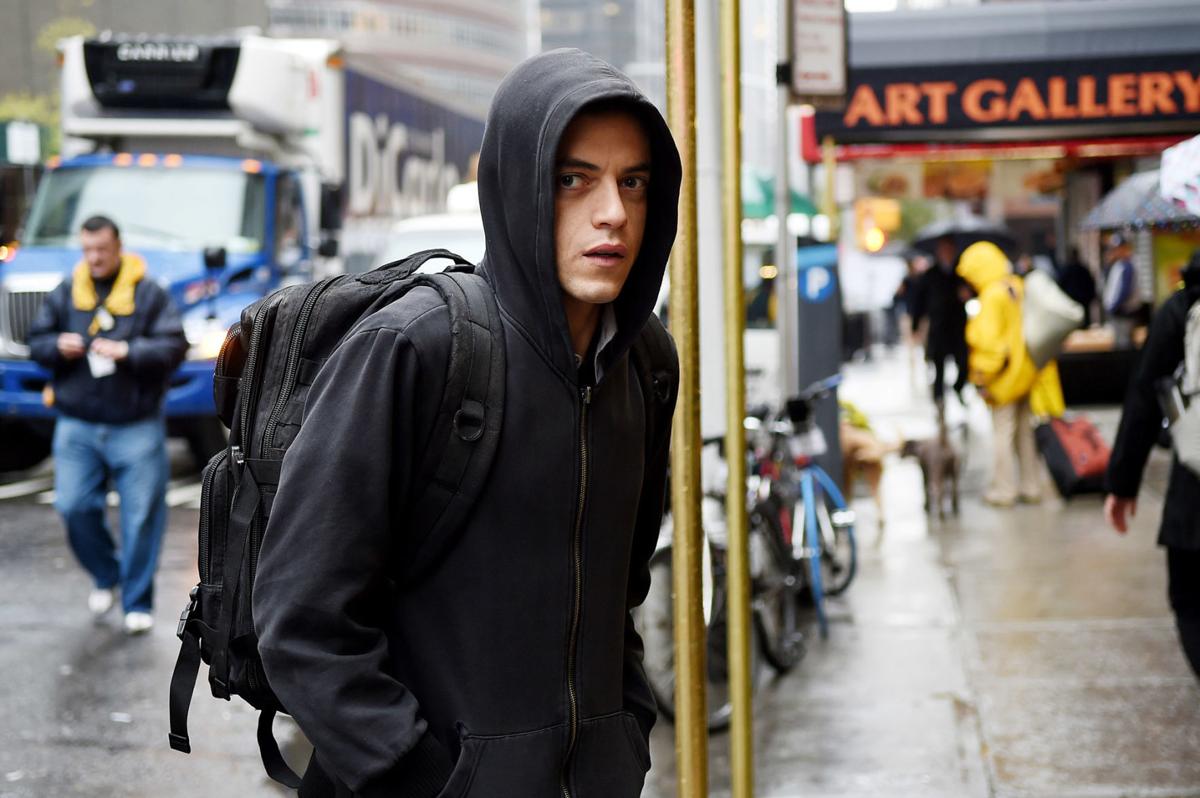 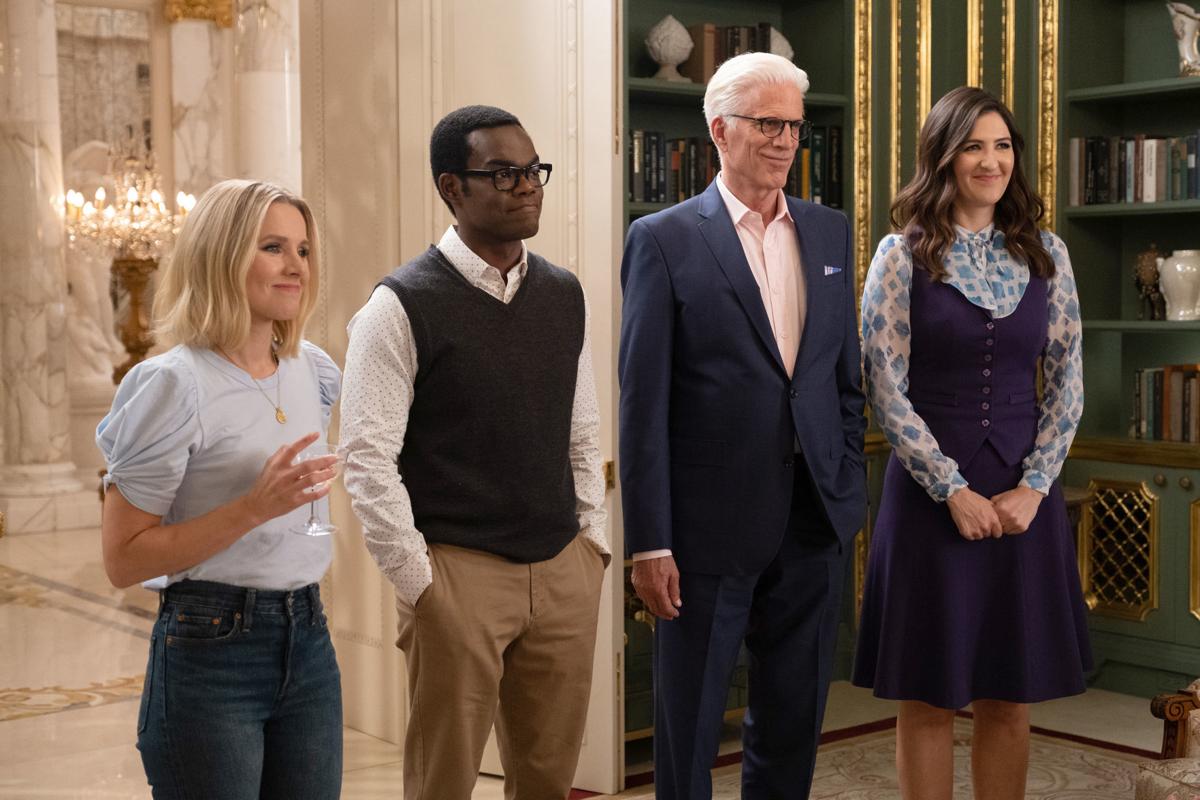 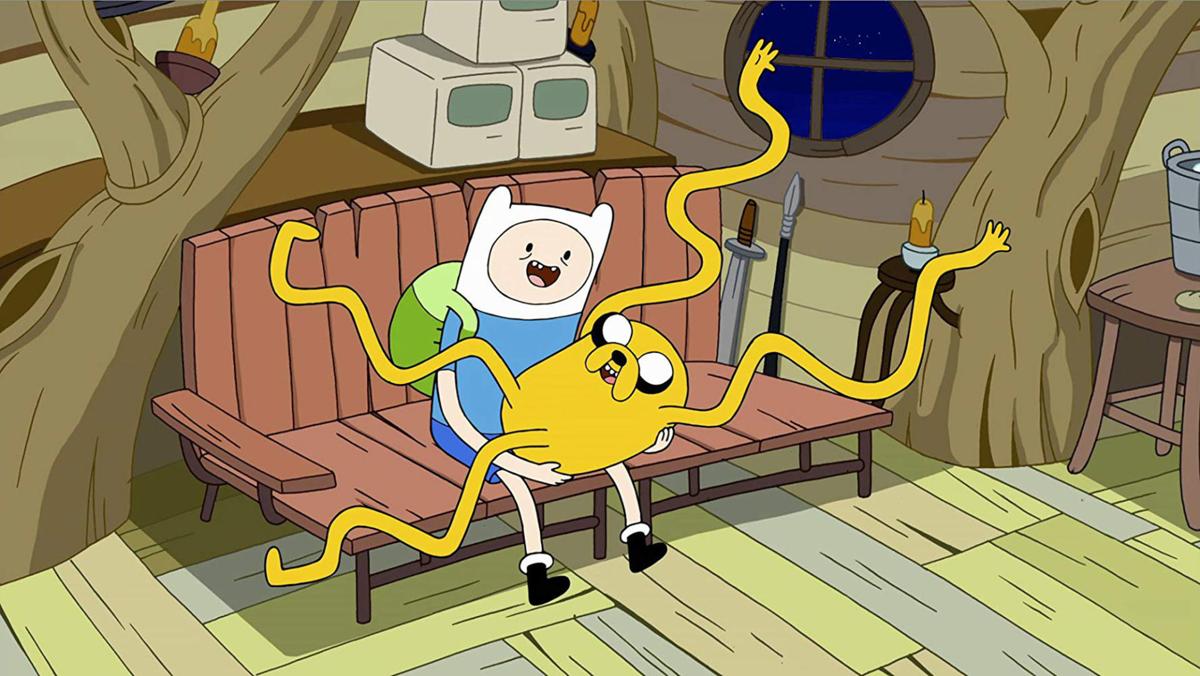 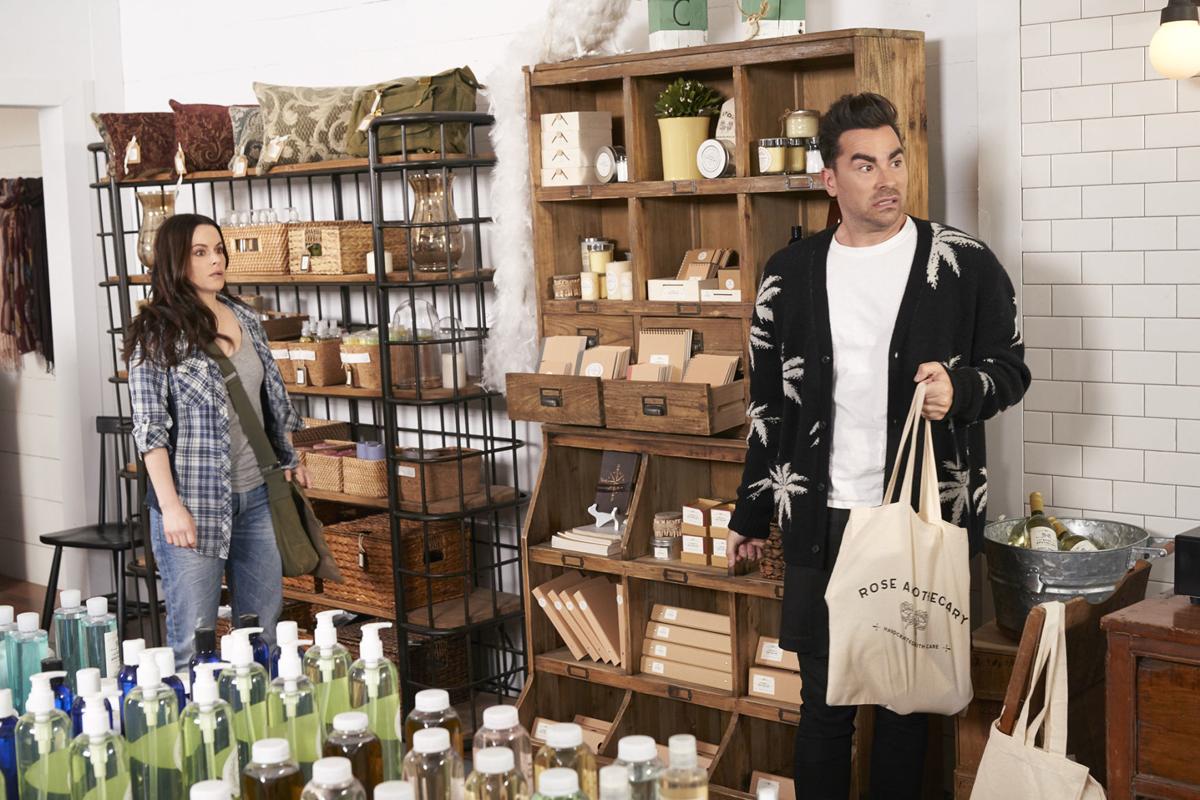 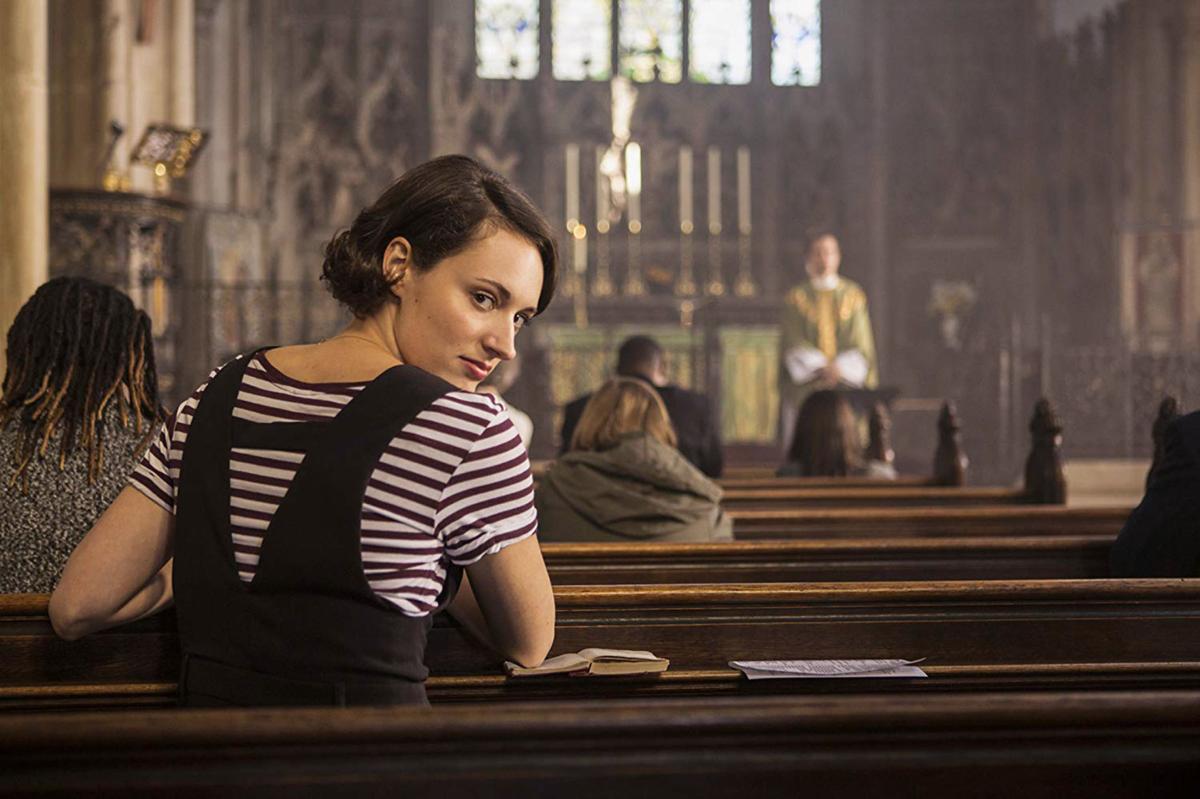 As we are all deep into the self-quarantine, struggling to figure out what to do with our days, there’s no better time to catch up with some of the best shows that TV has to offer. With a myriad of streaming services available, audiences have almost too many options when it comes to programs ready at their fingertips. Here are just a few excellent options to help make your social distancing days fly by a bit faster.

“BoJack Horseman”: This started as a satire of washed-up sitcom stars, but over six seasons, became a fascinating comedy dealing with depression, celebrity and one’s own legacy. “BoJack’s” vibrant animated world of animals and celebrities is as witty as it is moving and is arguably the best Netflix original series so far. (Available on Netflix)

“Nathan For You”: Nathan Fielder’s absurd business makeover show is one of the most brilliant and cringe-inducing shows of the past decade, helping struggling businesses with such ideas as poop-flavored yogurt or a parody store called “Dumb Starbucks.” The combination of wild ideas and Fielder’s insecurity makes this strange in the best ways. But if an entire series is too much, check out the series finale film, “Finding Francis,” where Fielder goes on a road trip to help reunite his friend with his former love. (Available on Hulu)

“Schitt’s Creek”: Created by father-and-son duo Eugene and Dan Levy (who also star), “Schitt’s Creek” follows the rich Rose family after they lose everything and have to move to the eponymous town they once bought as a joke. The hilarious family, which also includes Catherine O’Hara, and the wild range of townies combine into a surprisingly sweet sitcom about finding one’s self after hitting rock bottom. (Available on Netflix)

“The Good Place”: Michael Schur, co-creator of “Parks and Recreation” and “Brooklyn Nine-Nine,” already had enough shows on his résumé to binge before “The Good Place,” but this Kristen Bell and Ted Danson-starring sitcom might be his finest. Taking place in an afterworld where four strangers help to better themselves, “The Good Place” combines moral philosophy with a wonderful characters and shocking twists to create an ingenious show that could also alter your worldview. (Available on Netflix, Hulu and the NBC app)

“Fargo”: The show takes the dark humor and tone of Joel and Ethan Coen’s 1996 film and turns it into a fantastic anthology series that honors the Coen name. As the series progresses, “Fargo” showrunner Noah Hawley borrows from other Coen films and shifts further away from the source material, moving across decades and varying casts. Plus, there’s no better time to prepare for the fourth season, airing this year with Chris Rock. (Available on Hulu)

“Mr. Robot”: This began as the story of a hacker, played by Rami Malek, trying to steal from the rich and give to the poor. But as the show progressed, “Mr. Robot” evolved with twist-after-twist, conspiracy theories and episodes that made the viewer question the reality of every situation. After four seasons, creator Sam Esmail found new ways to constantly upend expectations for what was to come and made one of the most beautifully directed shows of all time. (Available on Hulu)

“The Leftovers”: Damon Lindelof’s adaptation of Tom Perrotta’s book is about a world where 2 percent of the world population just disappears. What starts as a bleak look at a world in mourning soon becomes a touching, grounded and often funny look at grief and the people who suffer long after the ones they loved are gone. (Available on HBO Now)

“Killing Eve”: With the latest “James Bond” film, “No Time to Die,” delayed until November, a first season head written by “No Time to Die” co-writer Phoebe Waller–Bridge and with “Killing Eve”’s third season soon on the way, there’s no better time to catch up with this exciting and modern thriller series. Following an investigator hunting an insane assassin, “Killing Eve” delves into the mutual obsession these two have for each other and consistently shocks and delights in equal measure. (Available on Hulu)

“Russian Doll”: The comedy–drama, which follows Nadia (played by co-creator Natasha Lyonne) who is forced to relive her 36th birthday party every time she dies (which is a lot), is far more than just the “Groundhog Day”-inspired series that it seems like on paper. Her attempts to figure out what’s going on with her time loop becomes a fascinating mystery with far more bumps in the road that one would expect from this premise. With only eight episodes, it’s the perfect show to binge in one sitting. (Available on Netflix)

“Fleabag”: In just 12 episodes, writer, star and creator Phoebe Waller–Bridge crafted a show that felt like we were watching true human growth and important evolution in a person’s life. As the series lead, Waller–Bridge makes the audience her companion, constantly looking into the camera to break down the situation, in the first season discussing the loss of her best friend, and in the second, her feelings for a priest. “Fleabag” makes us part of her development in a truly staggering comedy unlike any other. (Available on Amazon Prime)

“Watchmen”: Instead of retelling the story of Alan Moore’s best-selling graphic novel of all time, series creator Damon Lindelof decided to make a sequel series that doesn’t just stand up on its own, it lives up to the iconic book. By tackling race instead of superhero obsession, Lindelof’s miniseries hits far harder than the book, a contemplative look at where we come from and how much of our future is dictated by our past. (Available on HBO Now)

“Atlanta”: Donald Glover’s “Atlanta” is one of the few shows incapable of being defined by any particular genre. Glover himself has said the show is inspired primarily by both “Twin Peaks” and “Tiny Toon Adventures.” But in “Atlanta’s” two seasons, Glover created his own reality, a completely unique vision of the music world and life for a black man in the modern day that defies any kind of characterization. (Available on Hulu)

“Breaking Bad”/ “Better Call Saul”: If you haven’t watched “Breaking Bad” yet, it’s one of the few shows that actually improves by watching it in one gigantic binge, as the immense amounts of tension don’t have time to die down. But if you have, the prequel spinoff, “Better Call Saul,” is just as great as the original show, a slower burn focusing on the early days of lawyer Jimmy McGill (Bob Odenkirk) and his transformation into the shady lawyer, Saul Goodman. (Both available on Netflix)

“Curb Your Enthusiasm”: Having just wrapped up its 10th season, “Curb Your Enthusiasm” is one of the rare comedies that keeps getting better with age. Larry David’s variation on his own life, full of misunderstandings and David’s ignorance with how normal people act in the world continues to be one of the funniest shows on television. Start from the beginning or jump to the latest season, which has David opening a coffee shop out of spite after being served cold coffee, and fighting with a restaurant that divides attractive and non-attractive guests. (Available on HBO Now)

“Six Feet Under”: One of HBO’s first dramas, “Six Feet Under” still stands out as one of the pinnacles of the network’s programming. Centered around the Fischer family funeral home, “Six Feet Under” isn’t so much concerned with death as it is with what we do with the life we’re given. Groundbreaking in its structures and topics for the time, “Six Feet Under” is a tremendous journey worth taking, right down to the series finale that’s easily the best finale ever made. (Available on HBO Now)

“Mad Men”: Not only did “Mad Men” make AMC a powerhouse television network, but it seemed to proclaim the beginning of the new golden age for television, all for good reason. “Mad Men” is quite possibly one of the greatest TV shows ever made, as creator Matthew Weiner presented the 1960s with the perfect blend of comedy and drama, and a cavalcade of multilayered characters, led by Jon Hamm’s Don Draper, an ad executive who after seven seasons still found new ways to surprise. (Available on Netflix)

“Adventure Time”: This might seem on the surface like a simple story of a boy and his dog going on adventures together. But over almost 300 episodes,” Adventure Time’s” dystopian future opened up into one of the deepest mythologies on television, in the rare kids show with humongous stakes and genuinely moving episodes. With each episode only about 10 minutes long, “Adventure Time” was made for binging huge chunks at a time. (Available on Hulu)

“Mickey Mouse”: Updating the infamous Disney characters for the 21st century, “Mickey Mouse” is both reverent to the extensive history of Disney’s world, while also updating the humor for modern audiences. “Mickey Mouse’s” unusual animation style and oddball jokes might seem off-putting at first, yet the show quickly becomes just as amusing as the old Disney cartoons that made these characters household names. (Available on Disney+)

“Boy Meets World” / “Girl Meets World”: One of the rare ’90s sitcoms that still holds up, “Boy Meets World’s” seven seasons following Cory Matthews and his girlfriend, Topanga, from middle school to post-college is charming in a way that should work for anyone in the family. But if you’re looking for a show that leans younger, the follow-up series, “Girl Meets World” centers around Cory and Topanga’s daughter, Riley, and is great for old fans and new fans alike. (Both available on Disney+)

“DuckTales”: Despite the original “DuckTales” series being a classic of ’80s animation programming, the 2017 reboot only improves upon what came before it. This time around, “DuckTales” digs deep into the lore of these characters and world, with series-long mysteries working alongside each episode’s great adventures. “DuckTales” has one of the best voice casts working today, and every episode is a joy, regardless of familiarity with its history. (Available on Disney+)

Ross Bonaime is a Fredericksburg-area freelance writer and movie reviewer for the Brightest Young Things website.