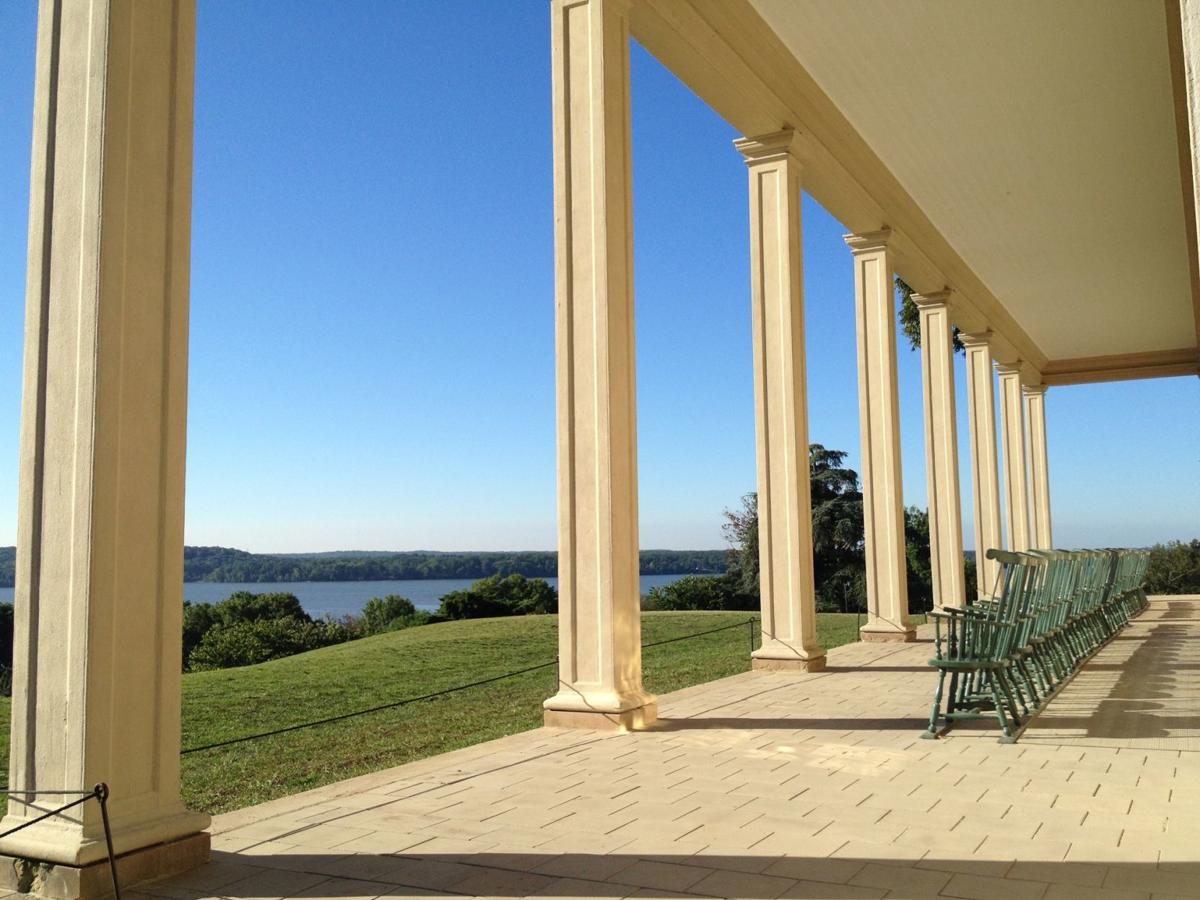 Take a virtual field trip to George and Martha Washington’s home without leaving your own. The couple would serve afternoon tea to visitors and family members on the piazza, which faces the Potomac River. 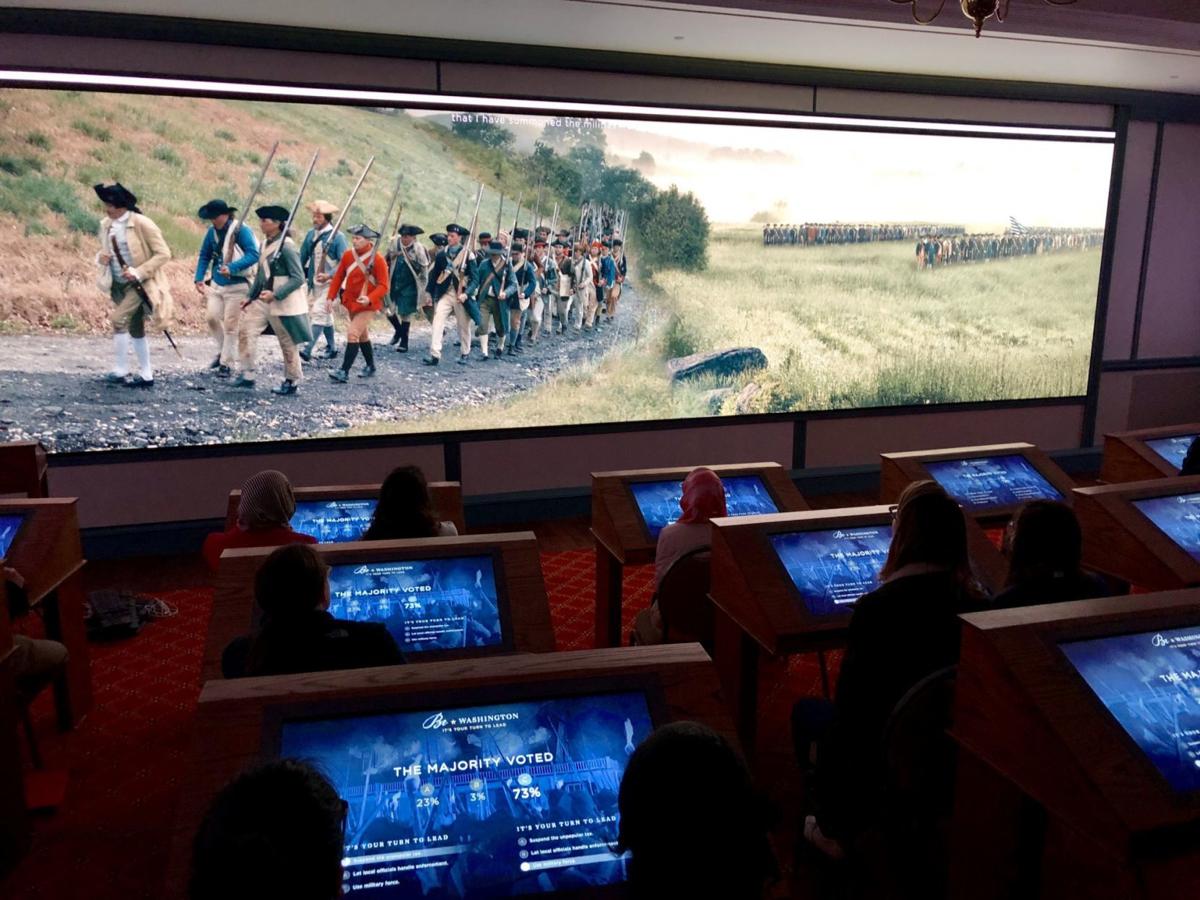 Experience the challenges that George Washington faced as commander in chief or president in ‘Be Washington,’ a movie viewable on Mount Vernon’s website, YouTube or Facebook. 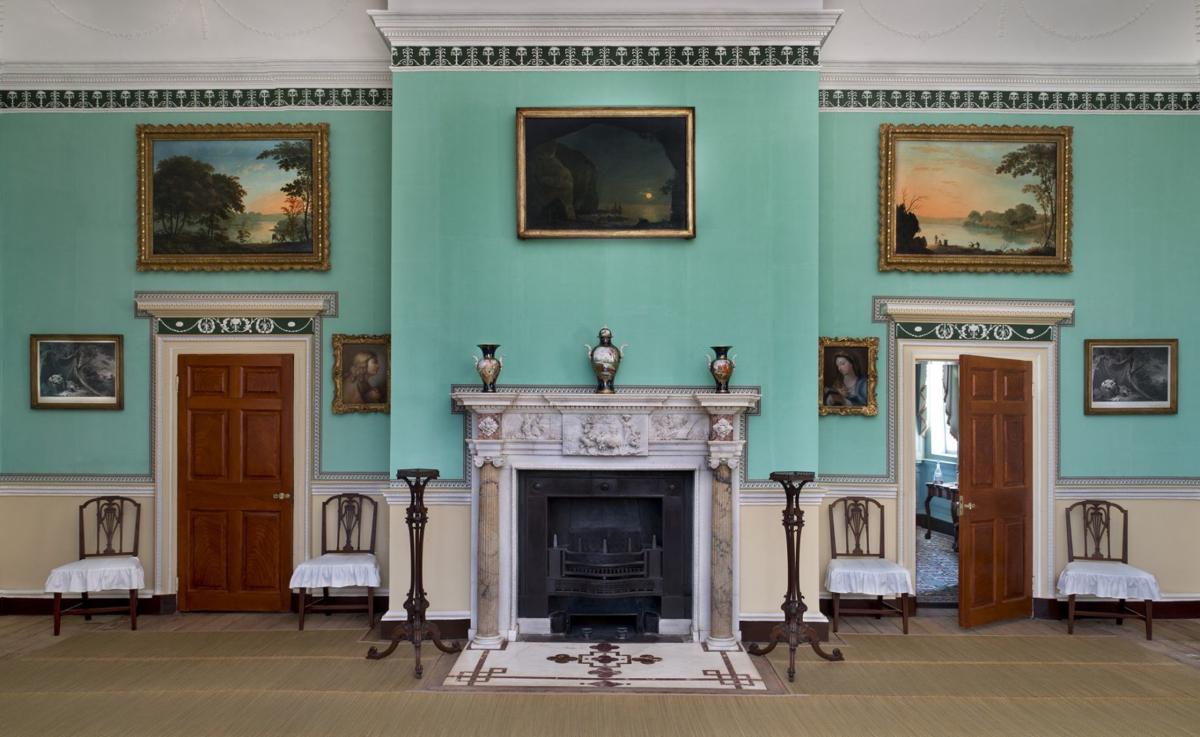 The New Room, the mansion’s last addition, includes original Washington pieces as well as period pieces similar to those the family would have owned.

Take a virtual field trip to George and Martha Washington’s home without leaving your own. The couple would serve afternoon tea to visitors and family members on the piazza, which faces the Potomac River.

Experience the challenges that George Washington faced as commander in chief or president in ‘Be Washington,’ a movie viewable on Mount Vernon’s website, YouTube or Facebook.

The New Room, the mansion’s last addition, includes original Washington pieces as well as period pieces similar to those the family would have owned.

The folks at George Washington’s Mount Vernon have put together a panoply of online offerings for children and youth that engage them with interactive, inspiring and informative experiences and convey historical knowledge and impressions that could last a lifetime.

“We’ve worked to organize our digital offerings so that they can be located easily and are presented in the same place,” said vice president for education Allison Wickens. Among the special features are livestream broadcasts every weekday at noon on YouTube and Facebook.

Highlights for each day are presented with an intriguing title that connotes the general content of the sessions, such as Teaching Tuesdays (where education specialist Sadie Troy gives an overview of the site’s digital offerings as well as in-depth exploration). Washington Wednesdays highlight different time periods of our first president’s life. The Washington family first moved to Mount Vernon (then called Little Hunting Creek) when George was just 3 years old. He lived a total of 45 years on the estate and, when he stepped down from the presidency, he retired there under what he referred to as the “vine and fig tree” of his cherished home.

Casual Fridays sessions began with one featuring Martha Washington, in costume and in character, talking informally about her life with George. Tranquil Tuesdays present beautiful videos that capture unique aspects of the estate without narration and have, to date, included the view of the majestic Potomac River as seen from Mount Vernon’s piazza, where Washington may have taken a moment to relax and “put his feet up,” listening to the birds and the rushing waters.

In the first Mansion Monday livestream, Mount Vernon president Doug Bradburn highlighted the New Room, which Washington built as reception area for guests and was intended to both welcome and impress his visitors. “This is where Washington displayed objects that represented the elements that he considered to be vital the young nation, such as the importance of rivers and agriculture to commerce and the economy, as well as artwork that portrayed the costs of the Revolutionary War,” said Wickens.

Rooms of the mansion that will be featured subsequently include the Study, the site where Washington kept his books. “The study is where he read about what was happening in the world at the time and where he did all his business,” said Wickens. “The New Room projected what Washington believed and the study was where he developed those ideas.”

Among the notable figures that Washington met with at Mount Vernon were James Madison, Thomas Jefferson, Patrick Henry and George Mason, who grappled with questions of how all could live together in this new nation.

“The meetings that Washington held in the Front Parlor bring a great lesson for our youth (and adults) of today,” said Wickens. “He learned a great deal by listening to others. Even if he was the most important person in the room, he paid attention to what everyone else had to say because he valued their expertise in making what would be crucial decisions.”

After his father died when he was 11, Washington did not have the opportunity to receive a formal education that his peers had. “He acknowledged that his lack of schooling put him at a disadvantage at times. Others were more well-read, but, ultimately, he was the one who was responsible for the decisions,” said Wickens.

The meetings Washington held at Mount Vernon with advisers are echoed in “Be Washington,” an interactive digital game that is available online (and on-site) and can be played independently or with multiple players at play.bewashington.org. The game sets the stage with four scenarios in which fateful decisions that impacted the direction of our nation were made as Washington moved from leading the Revolution to forming the government of the nascent county. Players watch videos depicting the challenge, hear what his advisers said, and then make their choice of action and learn whether or not it coincided with Washington’s.

In addition, a series of videos includes “A More Perfect Union” and its companion website “Building the Constitution” that consider the enormous challenge of moving the government of our new nation beyond the original Articles of Confederation to an actual constitution that could balance the various needs and interests of its diverse constituents and stand the test of time. Other video presentations offer “first-hand” interviews with members of the enslaved community at the estate. Students may also enjoy interactive exploration of topics such as Washington’s Travels and test their knowledge through quizzes and games. Younger visitors can access coloring pages that can be printed and colored with their own crayons or the website’s “virtual colored pencils.”

“Our goal in offering all these digital resources is to help people today connect with George Washington and the world he lived in,” said Wickens. “He was a leader who achieved so much, but we also want our visitors to see that he was a real person, making tough decisions.”

All these offerings, and more, can be accessed at MountVernon.org/digital.