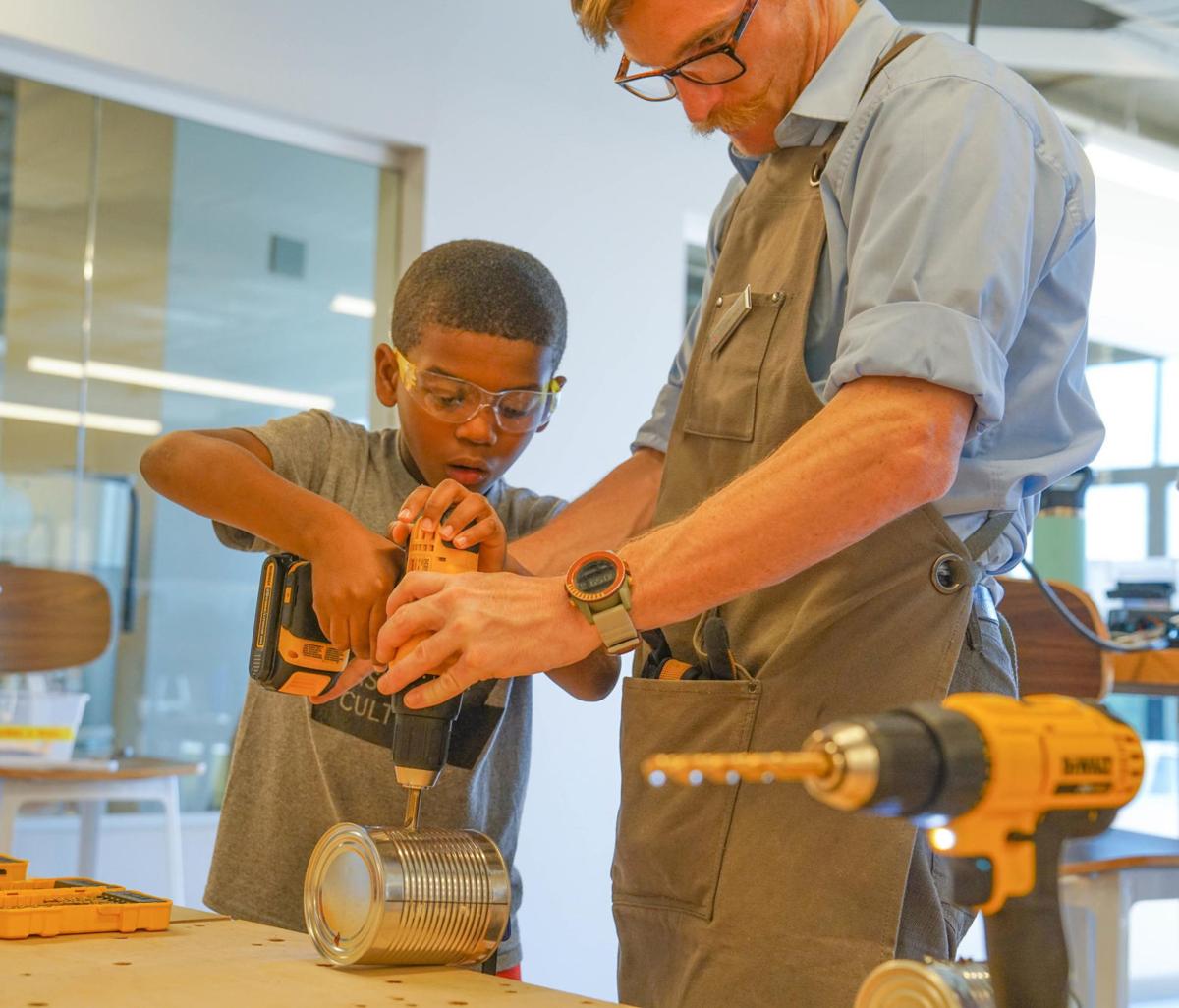 The Forge at the Science Museum of Virginia will teach you how to make a banjo from a can. 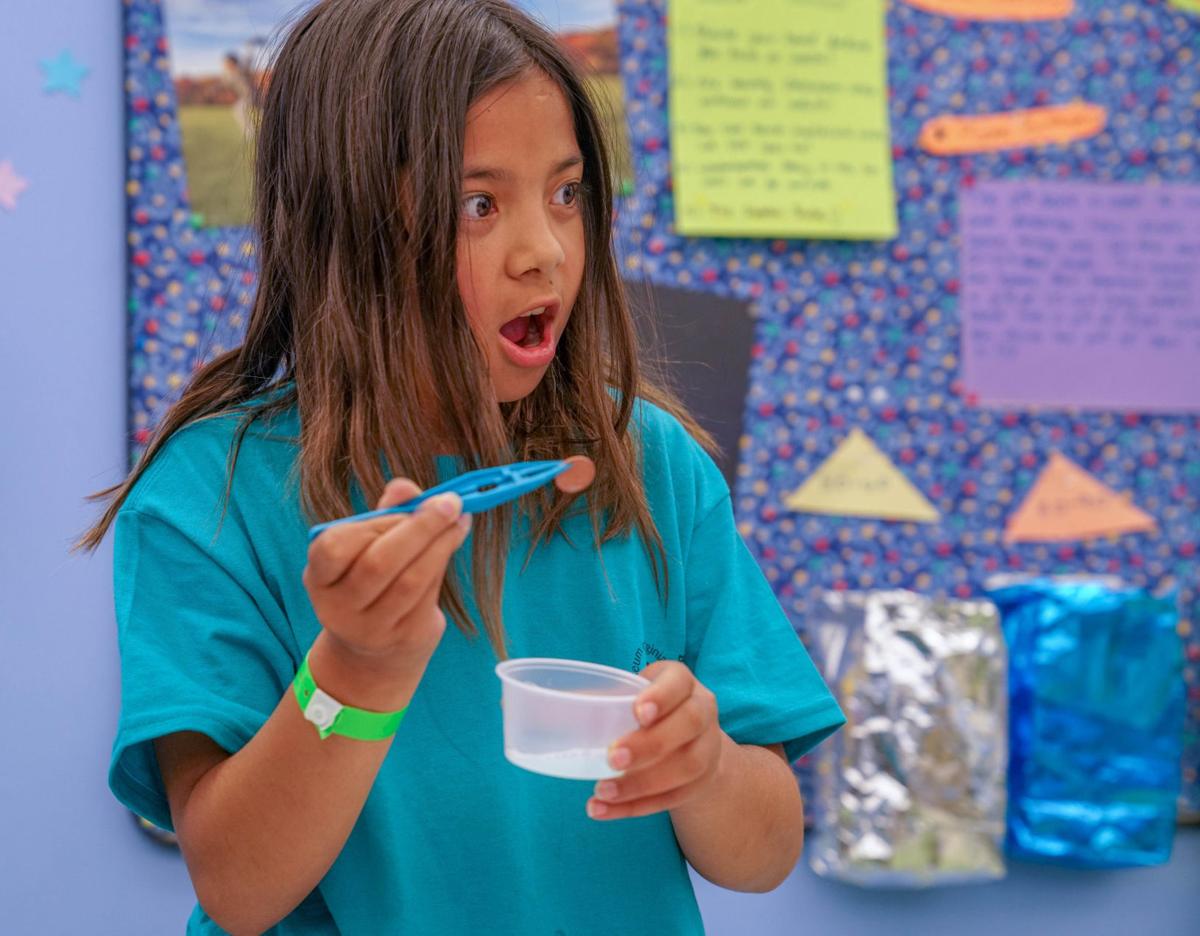 Try out an experiment to see which substance cleans a penny best: coke, milk, vinegar or water. 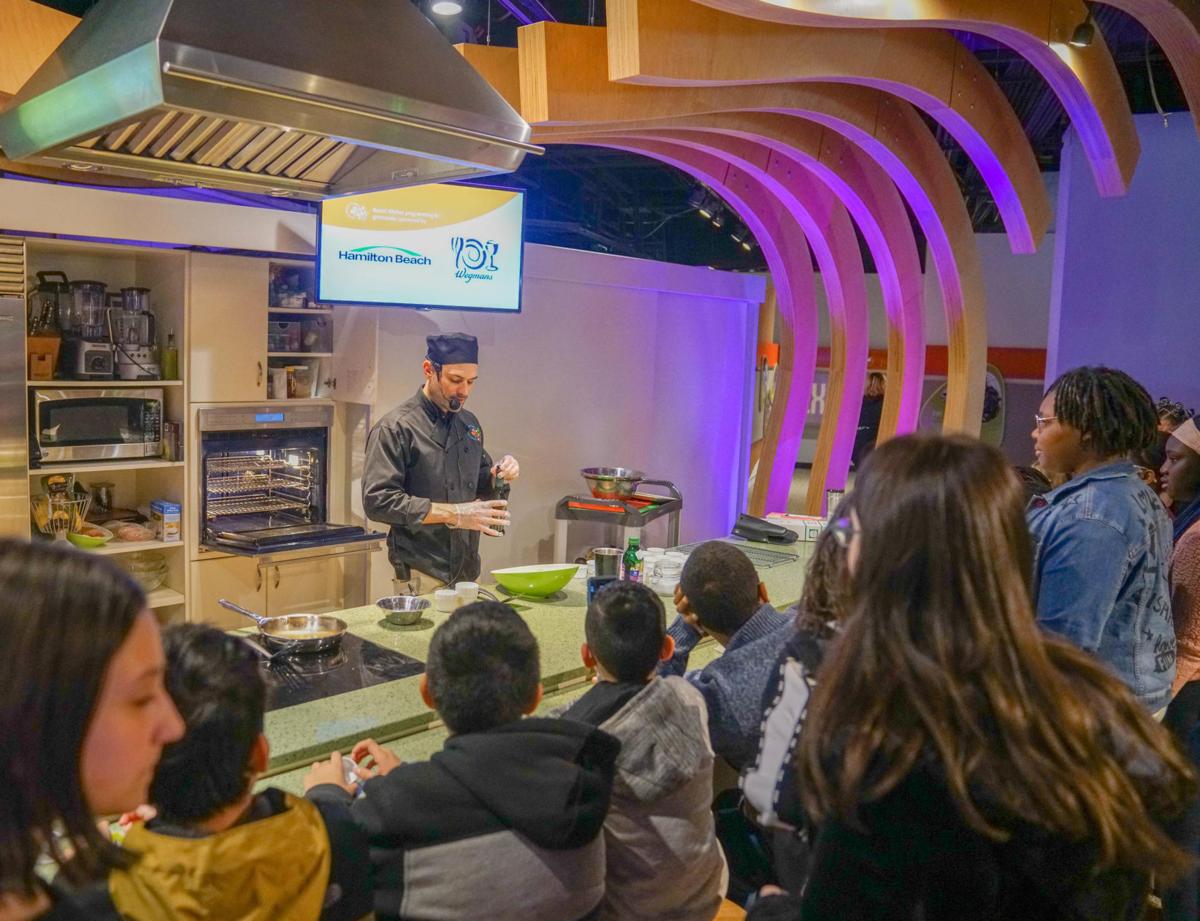 Boost Kitchen Demo at the Science Museum of Virginia 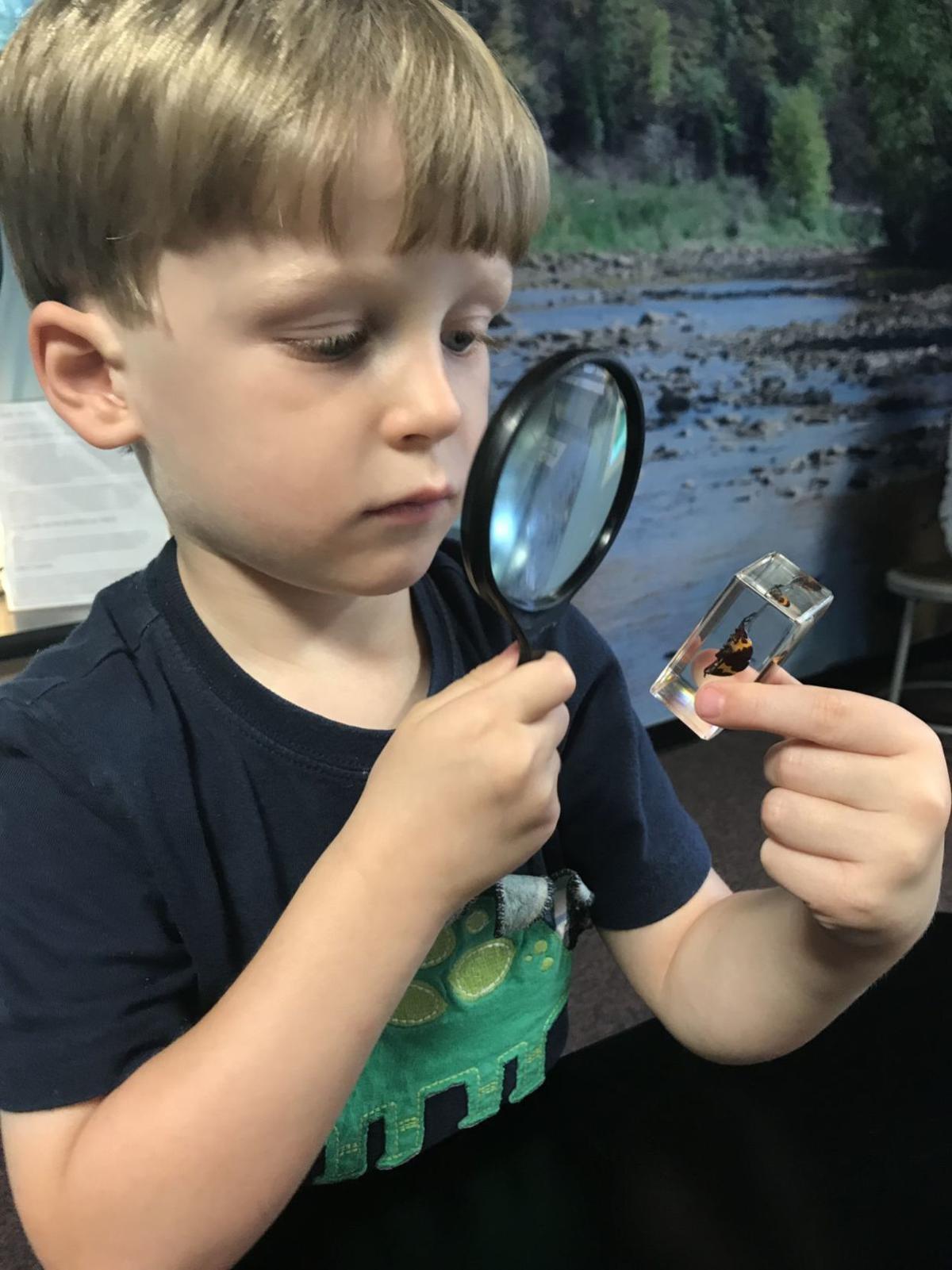 Parents can take their kids on a bug hunt at home and see what insects are roaming around. 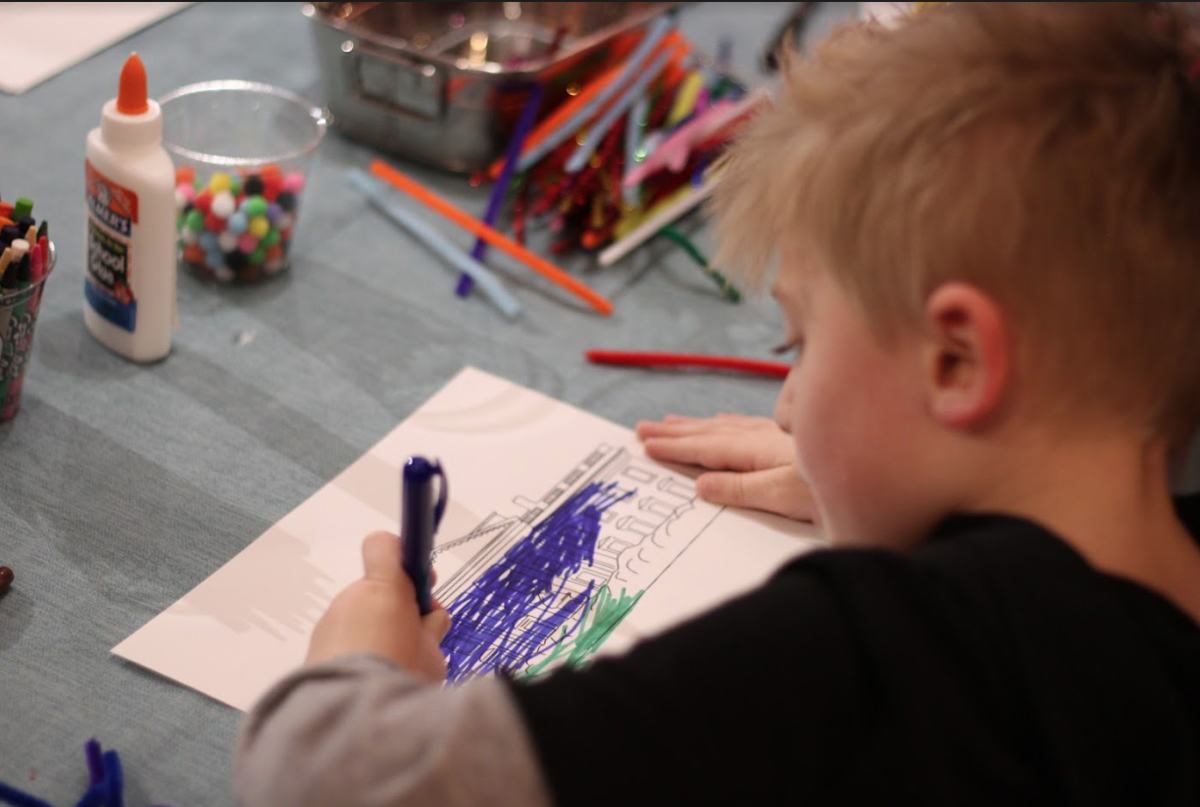 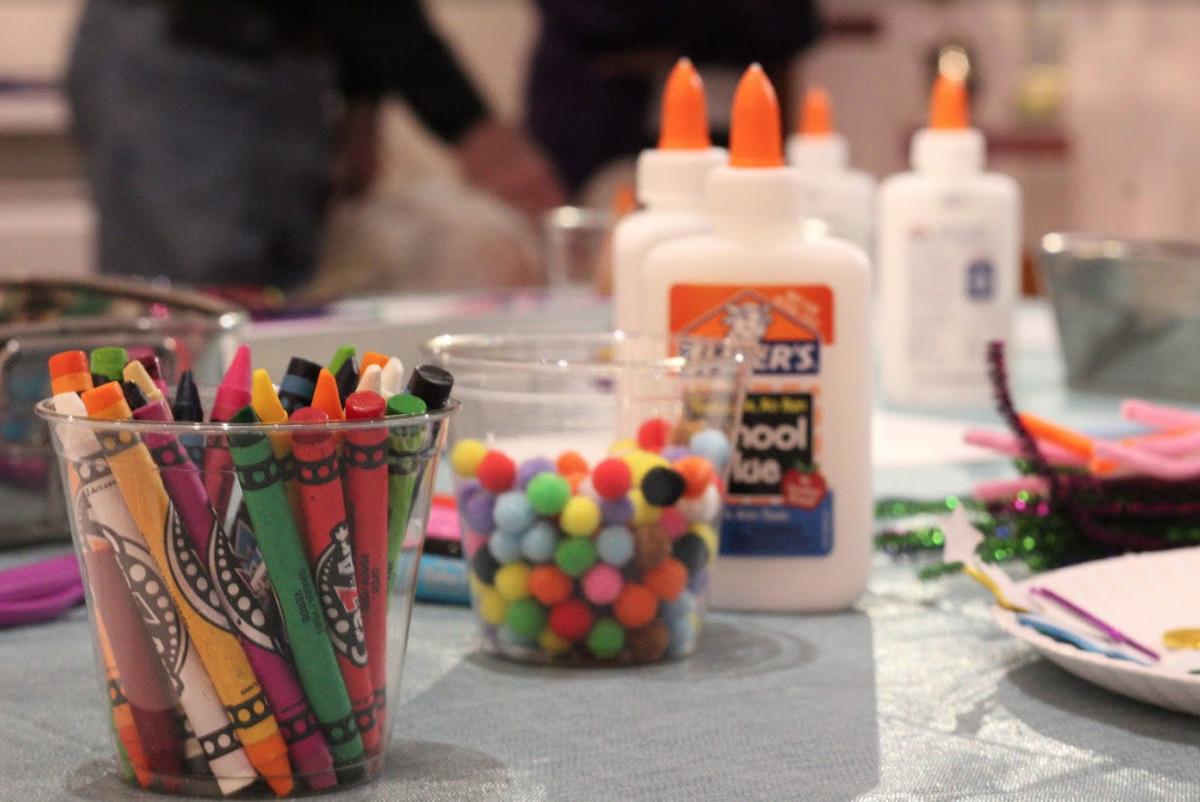 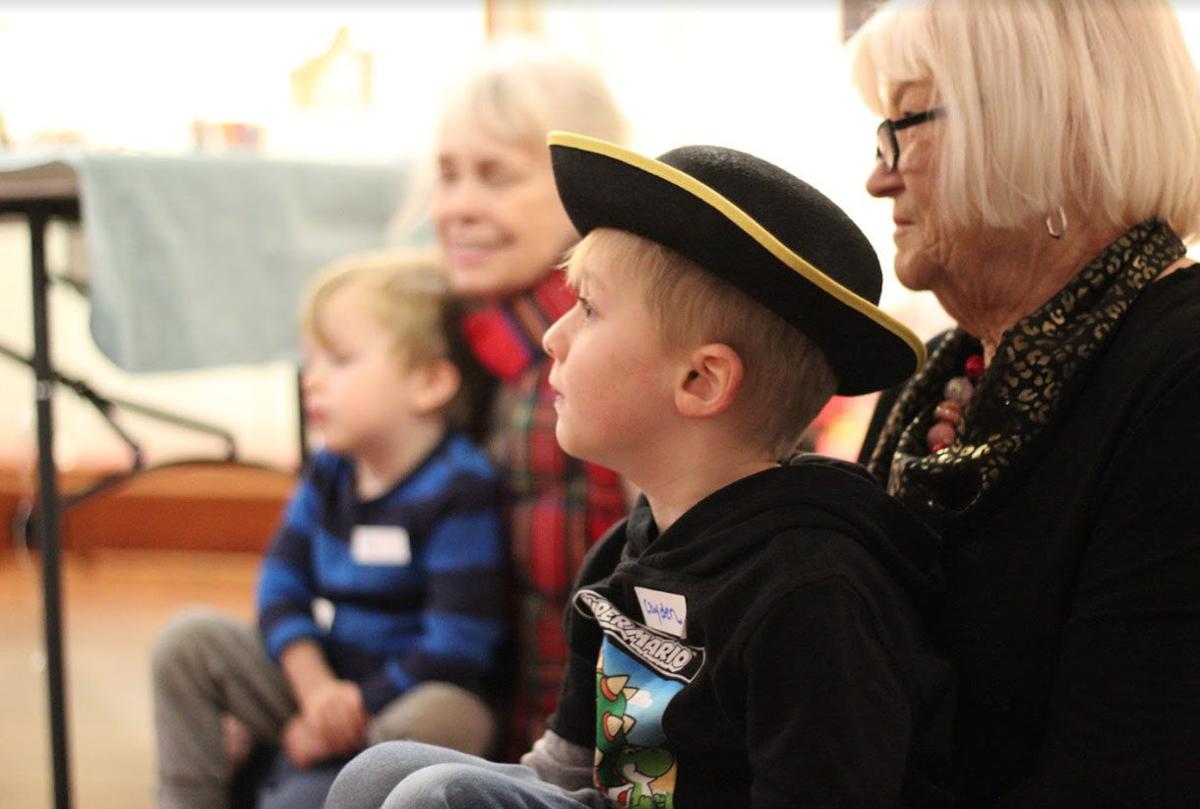 Fredericksburg’s James Monroe Museum is offering interactive online sessions it can tailor to the audience. 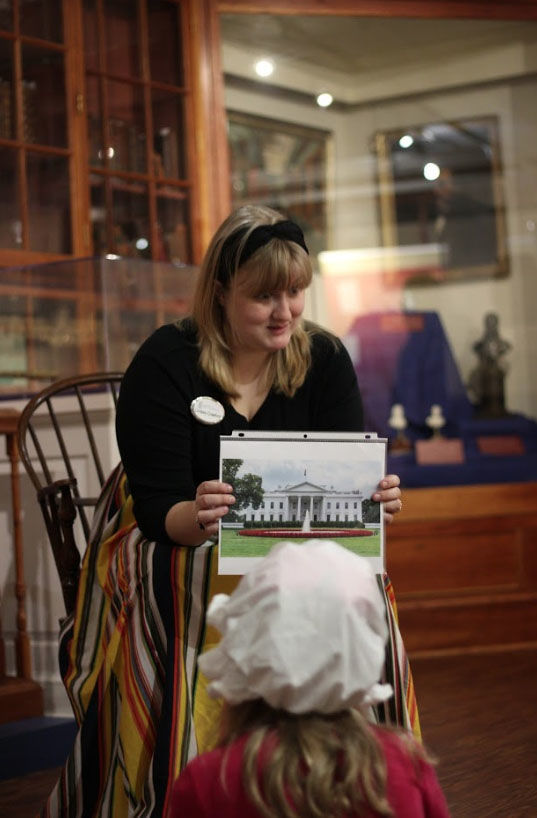 Museums may be closed, but there are still plenty of learning opportunities online.

The Forge at the Science Museum of Virginia will teach you how to make a banjo from a can.

Try out an experiment to see which substance cleans a penny best: coke, milk, vinegar or water.

Boost Kitchen Demo at the Science Museum of Virginia

Parents can take their kids on a bug hunt at home and see what insects are roaming around.

Fredericksburg’s James Monroe Museum is offering interactive online sessions it can tailor to the audience.

Museums may be closed, but there are still plenty of learning opportunities online.

Like the silver lining in a cloud, the folks at the James Monroe Museum and the Science Museum of Virginia have a spectrum of offerings that enable families to discover explore from their homes.

“With schools closed and children learning at home, there is no stress about passing tests or getting a certain grade. Kids have the ability to learn at their fingertips and they have the opportunity to explore in a different way,” said Lindsey Crawford, public programs coordinator of the James Monroe Museum. “This could be a time when they can discover a topic that they really enjoy and have time to dive into it.”

Among the James Monroe Museum’s online offerings are “Chats with Our Curator,” that are presented live on Mondays at 2:00 pm, during which viewers can ask questions that can be answered in real time via a chat panel. The chats are also available as videos afterwards on the museum’s Facebook page.

“In each of these talks, our curator Jarod Kearney gives viewers a behind-the-scenes look at three artifacts in our huge collection,” said Crawford. “Some of the objects have been exhibited behind glass, while some artifacts have not yet been on display for the public.”

To date, artifacts in these chats have included a cameo, a brass whale-oil lamp, an ornate ceramic bowl, and Elizabeth Monroe’s “necessaries” kit—a collection of tiny tools such as a pen, notebook, or knife—that would have been attached to the waist of her dress. Kearney’s knowledge and enthusiasm for the items he displays and describes are evident in these presentations and, as he points out details of each, he gives a glimpse into the culture and customs of America in the 1800s.

The chat featuring James Monroe’s “court suit” highlighted the silver threads woven through the jacket that would glisten in the candlelight and finely-crafted, meticulously designed steel-cut buttons, as well as musings about how Monroe may have worn the jacket in his diplomatic trips to the court of Napoleon.

“There has been an influx of children tuning into these chats, and Jarod will simplify or deepen his presentations in accord with the viewers’ need,” said Crawford.

Other popular online features of the museum are “Hands-On-History” activities for kids that Crawford introduces each week. These activities have included printable word-search pages, an Emerging Architect project in which participants can suggest their own elements of a design for a White House, and instructions on creating a coding system similar to the cipher Monroe used to keep private the contents of sensitive letters such as his communications regarding the Louisiana Purchase.

In addition, Crawford presents weekly story times for younger students called “HiSTORY” sessions, in which she reads along as pages of the book are viewed on screen. These readings have featured “My Little Golden Book About the White House,” which traces the history of the White House from its construction in 1789 under the guidance of George Washington, to the days when President Kennedy’s desk in the Oval Office included a little door used by his young son John-John, to more recent momentous events at the site. In addition, the “Hornbooks and Inkwells,” reading highlights the ways in which the education of children in the 19th Century differed from students’ experiences today.

“Even though we are in a stressful time, I encourage parents to engage with their children in these opportunities for the exploration and appreciation of fascinating topics, some of which might not be presented in the classroom,” said Crawford.

The Science Museum of Virginia

The Science Museum of Virginia has added even more features to its online offerings for families and is now presenting access to the content of their social-media platforms in one place on its website: smw.org/stay-connected.

“Recently, we have posted a new demonstration video on our YouTube channel that shows the process of a cow-eye dissection just as it would be done in-person at the museum. We also have at-home STEM activities posted on our Facebook page, where visitors can explore concepts of physics and science using household objects,” said manager of communications and curiosity Jennifer Guild. Activities include instructions on creating a wind vane from a pencil, pin, and straw and making a model of a Bernoulli Blower that demonstrates how the effect of strong air pressure can make objects seem to defy gravity.

In addition, some at-home activities may be modeled after those that had been offered on-site. The museum is presenting recipes that, like the cooking demos that had been offered in the Boost! exhibit kitchen, give parents an opportunity to talk to their children about the role that science plays in the process as they cook at home. Photos of bugs in the museum’s “Eco Lab” may spark an interest for families in going on their own “Bug Hunt” to see what insects may be roaming in their backyard or neighborhood. Depictions of activities in the museum’s Forge may inspire some parents to work with their older children to engage in projects using household tools and scraps to create items such as the Canjo—a banjo made from a can!

The museum’s YouTube page also features offerings such as its “Cosmic Climate Cookbook,” a half-hour feature that explores planet habitability and the three ingredients necessary to sustain life. The site also shows excerpts from the Cosmic Expeditions presentations that were offered in the Dome planetarium.

“But we are not only promoting our own productions. There is so much science out there for people to explore,” said Guild.

For the recent 50th Anniversary of the Apollo 13 launch, the museum offered a link where viewers could see the mission unfold in “real time,” and it also posts trailers of science-related films, some of which can be viewed on their creators’ web sites.

In addition, the museum offers a BINGO series for families with printable sheets that they can complete through a scavenger hunt at home.

“Though we are now focusing exclusively on our on-line offerings, our mission hasn’t changed and we continue to promote intergenerational discovery,” said Guild. “We want to introduce families to a little bit of science that will inspire them to learn more, to talk about what they learned, look for other resources, and think about how that applies to their daily life.”