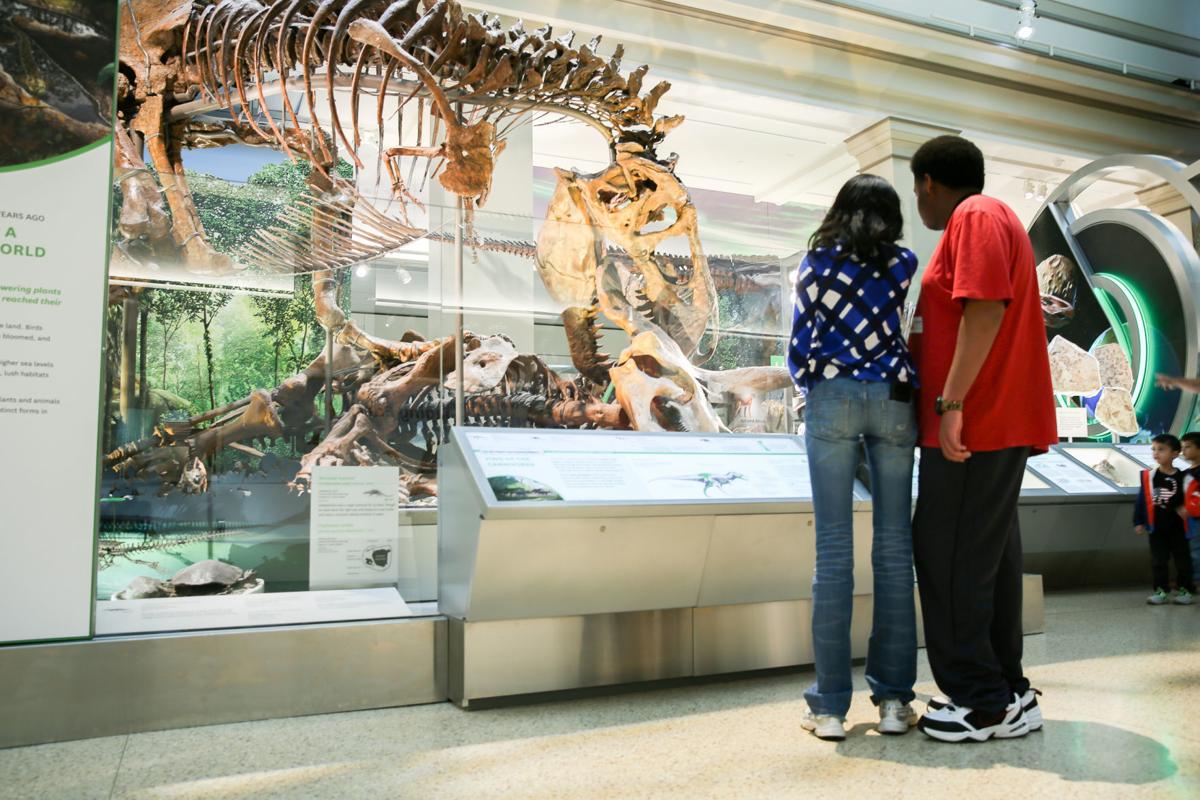 Families missing their trips to the National Museum of Natural History in Washington, D.C., can go on a journey through the David H. Koch Hall of Fossils—Deep Time online. 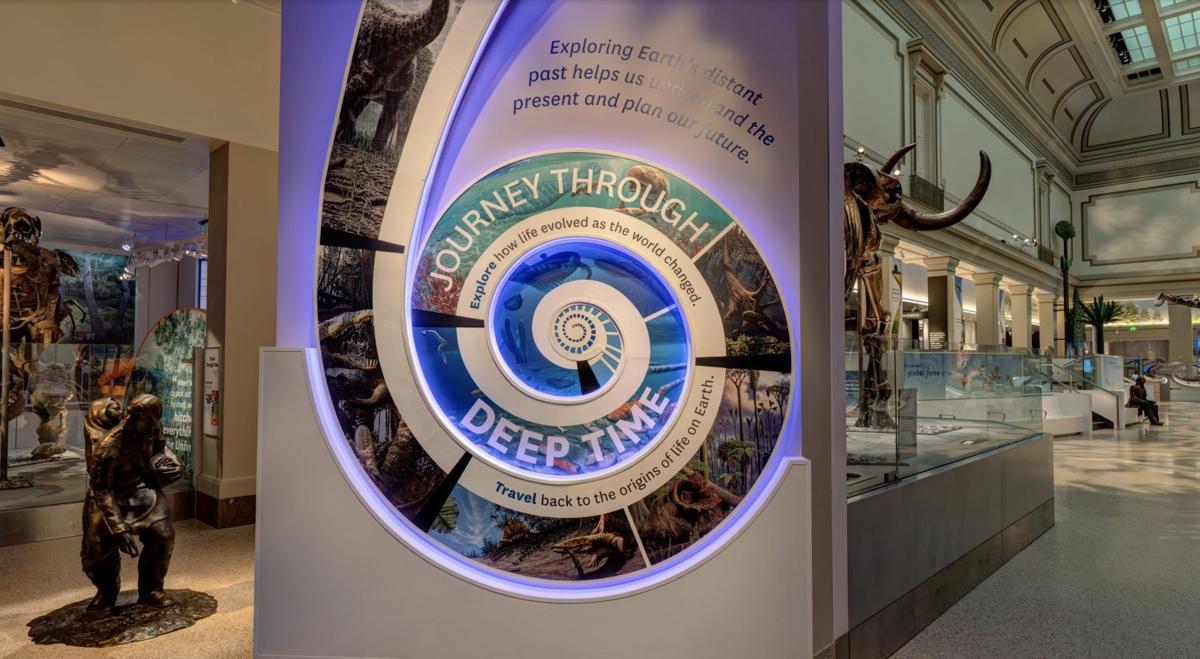 The main entrance of the David H. Koch Hall of Fossils — Deep Time. 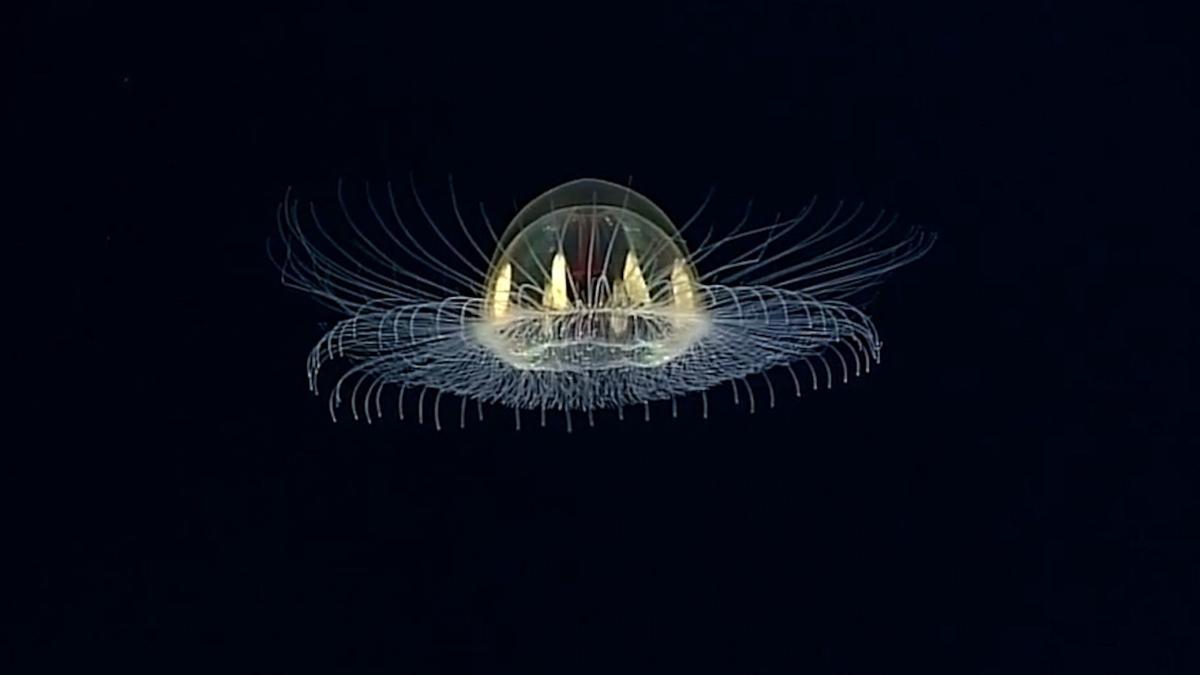 Children can sign up now for the museum’s free Summer Explorations virtual camps, recommended for students grades 3-7. Learn about this jellyfish (and create a puppet) during ‘Deep Sea Animal Adaptations,’ July 13-17. 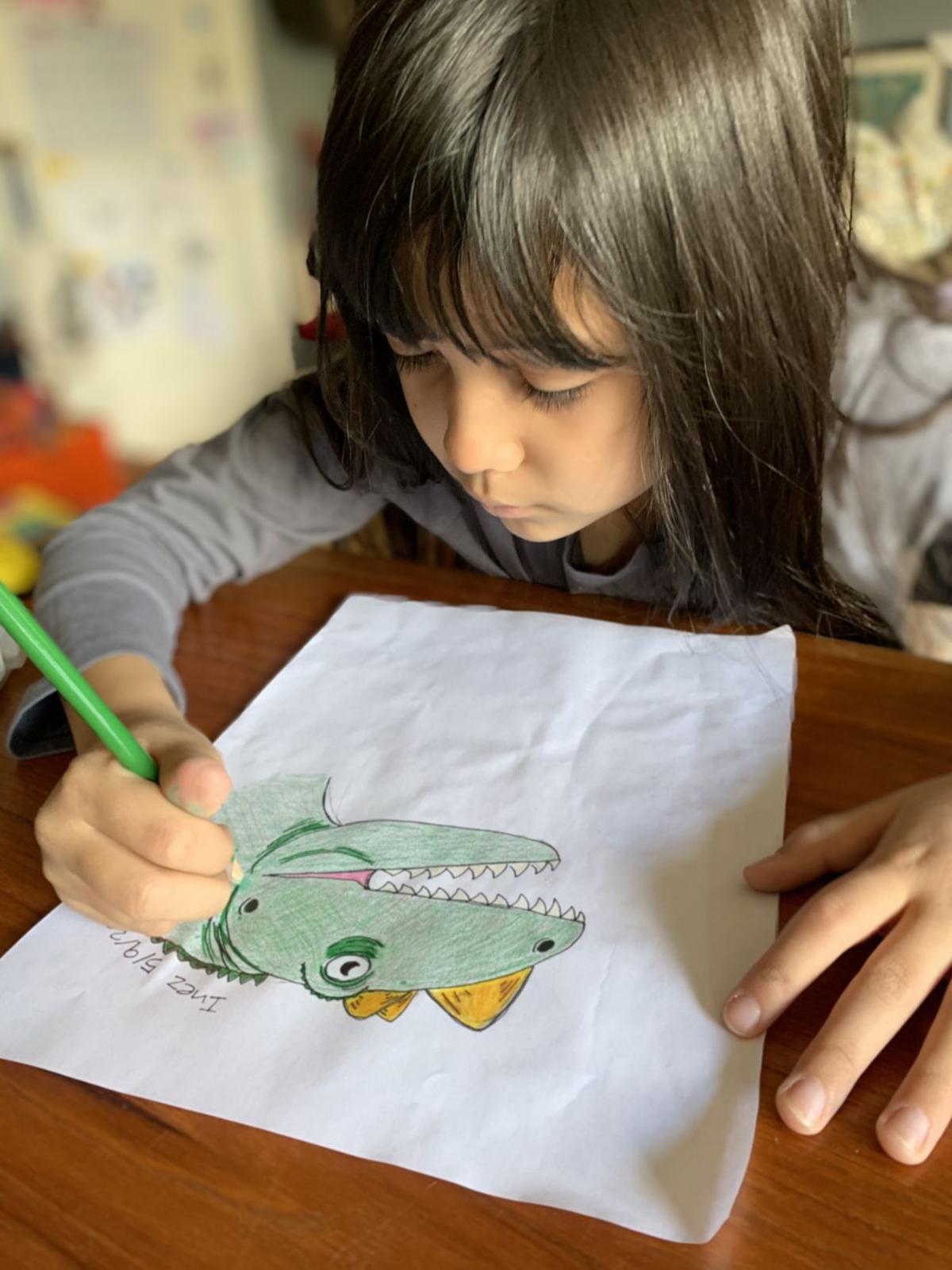 During ‘Paleo Art: Edge of Extinction,’ set for July 27-31, children will use fossil evidence to create their own science-based mural of a North American ecosystem just before the extinction of the dinosaurs.

Families missing their trips to the National Museum of Natural History in Washington, D.C., can go on a journey through the David H. Koch Hall of Fossils—Deep Time online.

The main entrance of the David H. Koch Hall of Fossils — Deep Time.

Children can sign up now for the museum’s free Summer Explorations virtual camps, recommended for students grades 3-7. Learn about this jellyfish (and create a puppet) during ‘Deep Sea Animal Adaptations,’ July 13-17.

During ‘Paleo Art: Edge of Extinction,’ set for July 27-31, children will use fossil evidence to create their own science-based mural of a North American ecosystem just before the extinction of the dinosaurs.

In fulfilling their mission to “promote understanding of the natural world and our place in it,” the folks at the National Museum of Natural History have worked with determination and innovation to provide a threshold to the wonders of the natural realm, from tiny phytoplankton to the giant blue whale.

“Our museum is the largest natural history museum in the world, and we are the home of more than 145 million specimens that document life on earth,” said spokesman Randall Kremer.

As the museum’s physical site is closed for a time, Distance Learning Manager Maggy Benson and her crew have taken on the Herculean task of presenting its offerings and making them accessible and interactive for families at home. They have compiled an array of online content—including webinars, videos, virtual tours and photos with narratives—that convey the vast amount of information garnered by 450 individuals who make up the museum’s community.

The panoply of venues for discovery and education include Summer Explorations, a virtual camp designed for students in grades 3-7. These online adventures will be offered in three weeklong sessions, each featuring a natural science-based theme. The “camp” will include activities and projects that correspond with live webinars and videos and will be available for free to all who register.

“Summer Explorations will feature daily webinars with science experts, and will focus on how science and art are interconnected in fun and important ways,” said Benson. “The daily live programs during the first session from July 13-17 will feature ‘Deep-Sea Animal Adaptations’ and will include demonstrations and conversations with museum scientists and artists who will explore adaptations of marine animals—ranging from jellyfish to gossamer worms—through puppet-making, drawing, movement and more.”

The second session, “Paleo Art: Edge of Extinction,” will introduce participants to an ecosystem from millions of years ago. Through daily live demonstrations and conversations with the museum’s scientist and guest artists, students will use fossil evidence to create their own science-based mural of an ecosystem that existed in North America just before the extinction of dinosaurs.

The museum’s offerings also include “Ocean Discovery at Home,” designed by educators at the Smithsonian’s Marine Station at Fort Pierce in St. Lucie, Fla., who have created activity packets for children that can be done at home.

“Activities include ‘Aqua Charades’ where students can explore importance of water for people, animals, and plants and the water cycle,” said Benson, and families can also take a nature walk in their own locales, practicing their observation skills and recording their finds in a nature journal.

“We also have a series of webinars that are designed for different age groups. Our Expert Is Online programs, like Smithsonian Science How, Fossil Friday and Natural History at Home are designed for students in elementary and middle school,” said Benson. “They engage kids by asking them questions that promote the use of their science skills such as making observations, comparisons and predictions.”

The programs also feature a scientist on video and in the “chat” space, so students’ questions about the topic are answered live and/or by text by one of the other scientists fielding questions, and archived sessions can also be viewed as videos.

In addition, the museum offers both narrated and self-guided virtual tours.

“The narrated tours are videos that feature a museum staff person narrating a small tour of one of our museum exhibits, using the digital virtual tours,” said Benson. “In the self-guided tour, visitors can explore the entire museum themselves and can zoom in on features that attract their interest and read the information in our accompanying labels. To deepen your exploration of the museum’s exhibits and research, exploration, we also provide links to ‘Explore the Smithsonian Ocean Portal,’ where guests can learn different marine ecosystems through blogs and stories on research and ‘Explore Human Origins,’ which is an excellent resource to learn about early human evolution.”

Far beyond being a quiet repository for the display of specimens, the National Museum of Natural History is continually buzzing with new discoveries and adventures.

“During a recent Smithsonian Science How webinar, one scientist discussed the process of ‘renovating dinosaurs,’ a process where new research is applied to the way in which dinosaurs are display for museum exhibits,” said Benson, noting that the predatory dinosaur Ceratosaurus is now displayed in a new context that better conveys its behavior. “Our updated exhibit features the dinosaur facing off with a Stegosaurus and serves as a reminder that the predator doesn’t always win! Watching the recording of this video webinar and then exploring the virtual tour of the new David H. Koch Hall of Fossils—Deep Time can give families opportunities to explore these ideas for themselves from home.”

With a spectrum of displays now accessible beyond boundaries of time and space, the museum hopes that families will take the opportunity to explore its offerings.

“We hope that this experience will spark increased curiosity and interest that will move our visitors along their own personal exploration of the world around them. Whether they are just starting, or consider themselves as junior scientists, there is always more to learn and explore,” said Benson. “We hope to meet each family wherever they are in the continuum of learning and to help guide them to deepen their own personal interests, attitudes, knowledge, and even science skills.”

Collette Caprara is a Fredericksburg-area writer and artist.