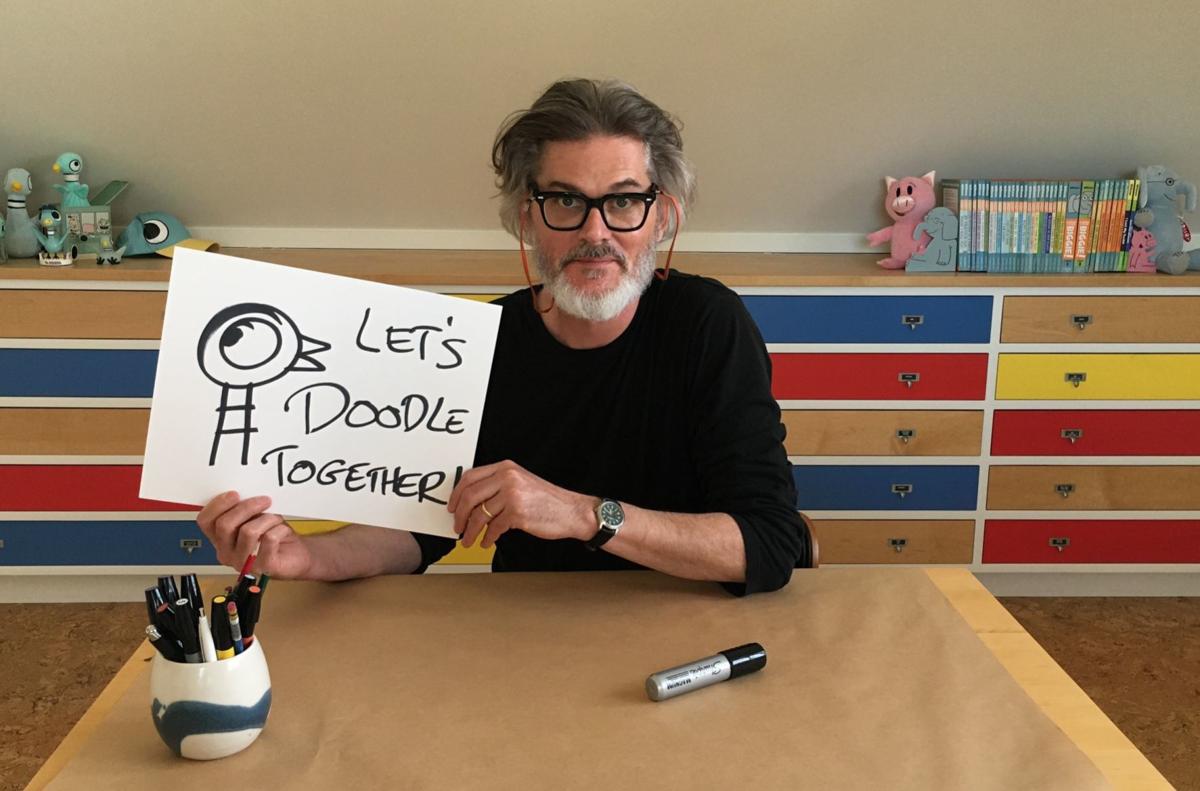 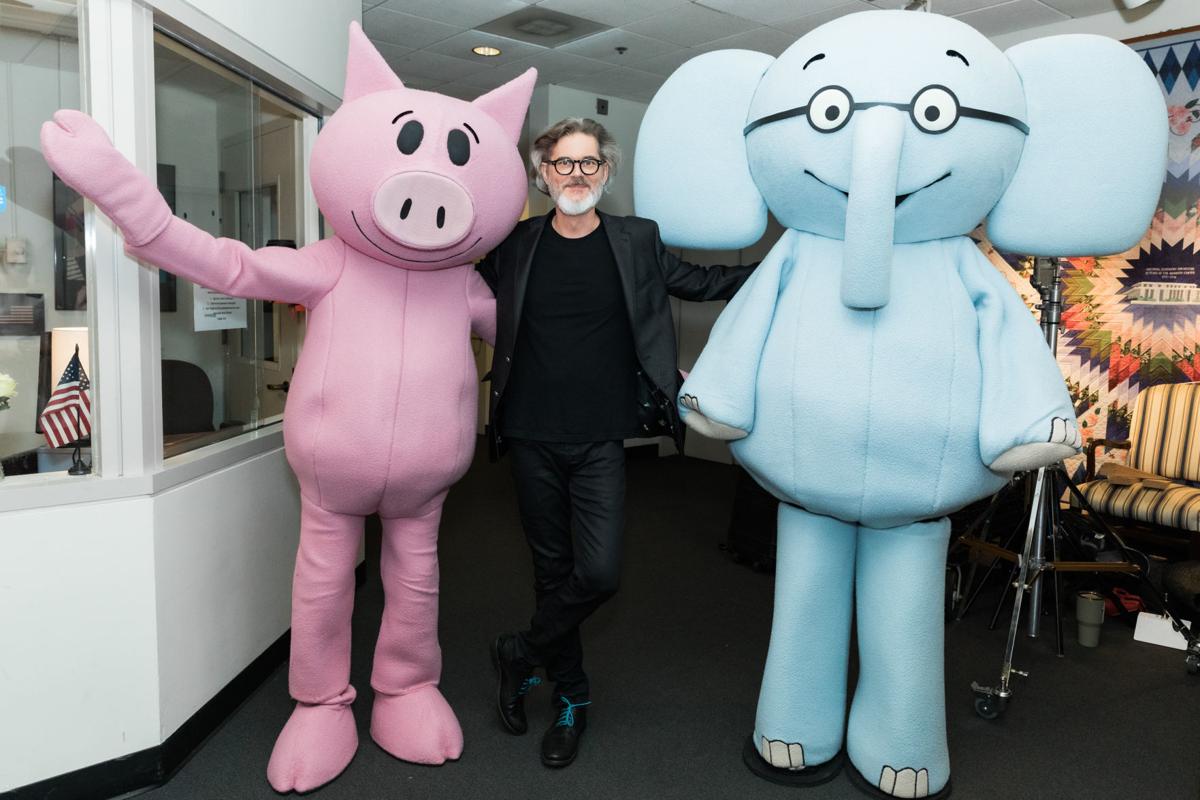 When Mo Willems became the Kennedy Center’s first Education Artist in Residence, he had no idea that the “residence” would be ours, but that is exactly how things unfolded. Now that families need to stay at home for a while, Willems is coming into their homes each weekday at 1 p.m. and invites kids to join him for drawing and conversation sessions called “Lunch Doodles.”

In these sessions, Willems brings us into his home as well—his studio in Massachusetts—as he introduces his viewers to the elements of drawing. Each session will include printable step-by-step instructions on depicting one of the characters in the 60 books he has published, including the beloved Elephant and Piggy and Pigeon who have brought delight and laughter to children around the world.

As an award-winning author, illustrator and animator, Willems’ quirky sense of humor may bring to mind Dr. Seuss, and his creations have, in fact, received the Theodor Seuss Geisel Award twice and won five Geisel Honors. With simple lines that convey emotions ranging from frustration and anger to joy and pure bliss, his characters give young readers a sense of perspective and humor about their own feelings and situations they have been in.

Now, in the Kennedy Center’s “Lunch Doodles,” he accomplishes the same connection he establishes in his books through face-to-face dialogue. Like Fred Rogers and others who have won the hearts of children the world over, Mo does not talk down to young audiences but honestly discusses his ideas and emotions, which they may share.

In the first session of the series that began this week, he invites his young viewers to flip through some of the hundreds of notebooks of drawings and ideas that have been the literal launch “pads” for his stories. In one drawing, we happen to see a mad monster cartoon, which, he explains, was drawn after a phone call about a book made him angry. His second “Lunch Doodles” begins with the admission that he was feeling “a little nervous,” quickly adding, “but that’s OK!”

The message that mistakes are fine and part of creation has been a theme of his conversations with kids. He launches the session with the statement that there is no right or wrong doodle and urges children to gather their art materials and just have fun. As Willems opens one of a multitude of brightly colored drawers in his studio, we can see items from the many different stages of the process of creating a book. We get a glimpse of the evolution and effort that was invested in what ultimately became a fun-filled, laughable and heartwarming tale. Viewers learn that, from squiggles and doodles, drawings can emerge, and then a character and an exciting venture. Among the art supplies he urges kids to gather is an eraser and he holds up his own well-worn eraser, a testimony that lines are often meant to be redrawn.

A delightful element of the interactive broadcasts is the cartoon of a “pause” button that Willems holds up, urging kids to press it while they choose the crayons, pencils and paper they will be using. During this down time, Willems mimics a freeze in action, talking without expression through gritted teeth until, when sufficient time has passed, he holds up his drawing of a “play” button and the conversation continues.

The sessions include a show-and-tell creation of the drawing of the day, which typically begins with a number or letter. At sign-off, Willems encourages his young viewers to continue to work on their creations, and it’s likely that this series will have a lasting impact on both the children who participate and the fascinated adults who are watching their screens over their shoulders.