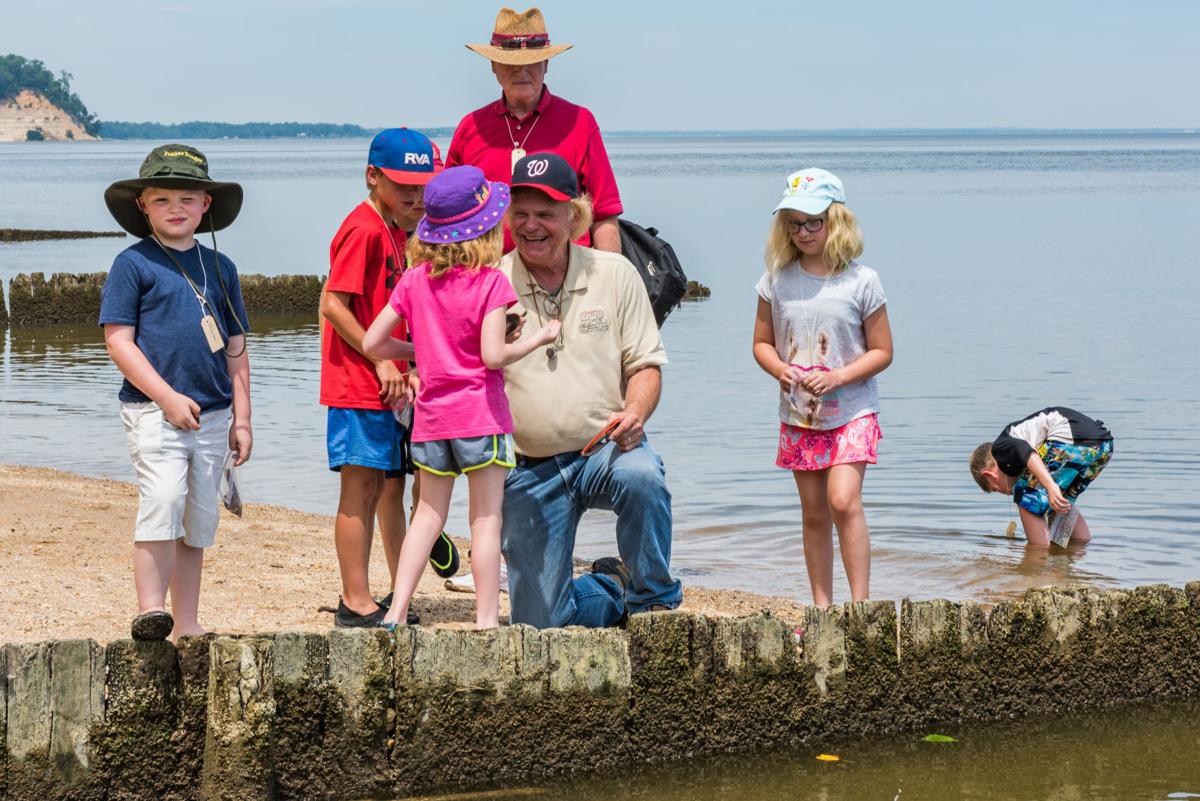 Join Jon Bachman, Manager of Education and Public Outreach, who will take visitors on a deeper dive into fossils. 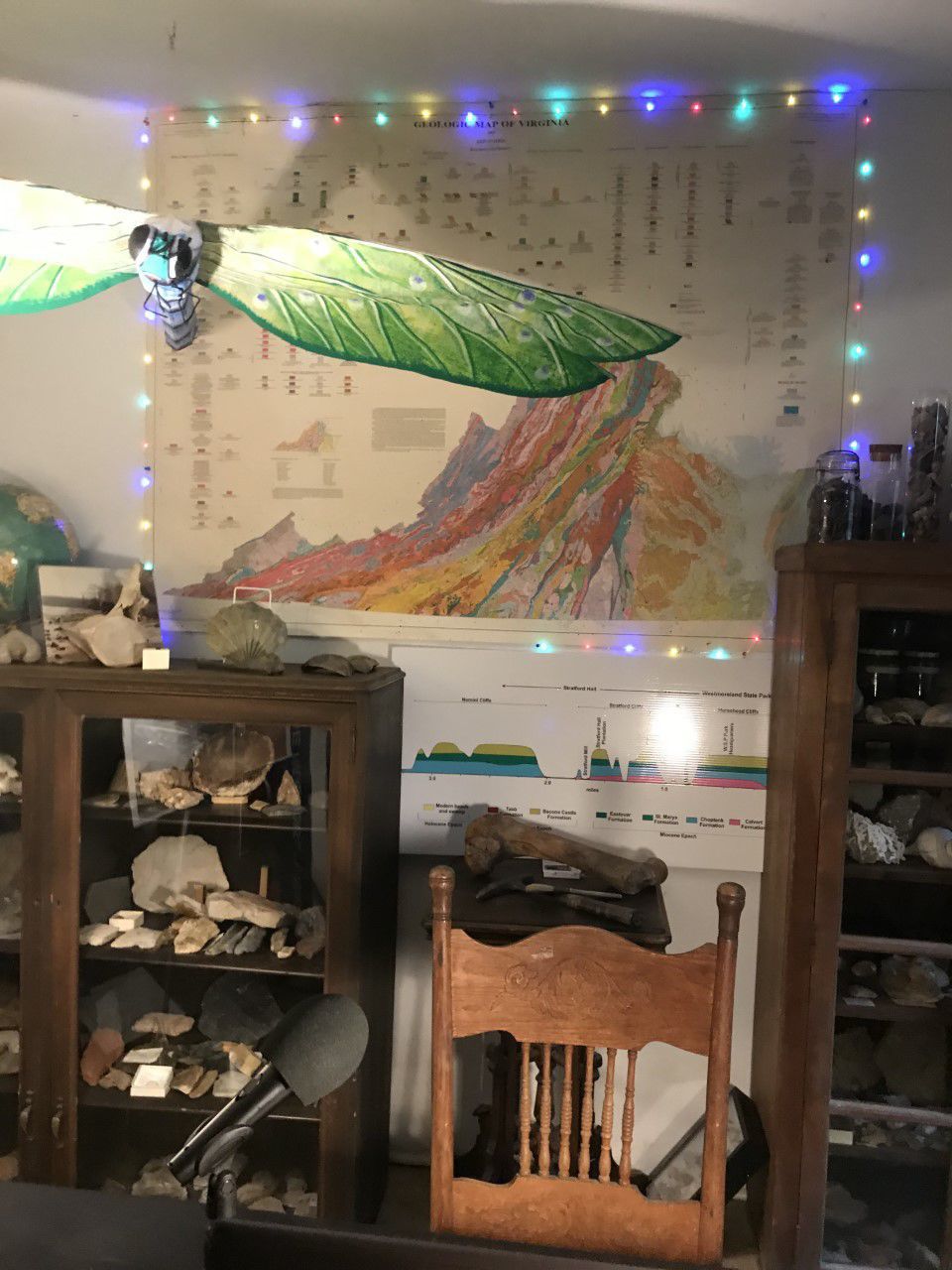 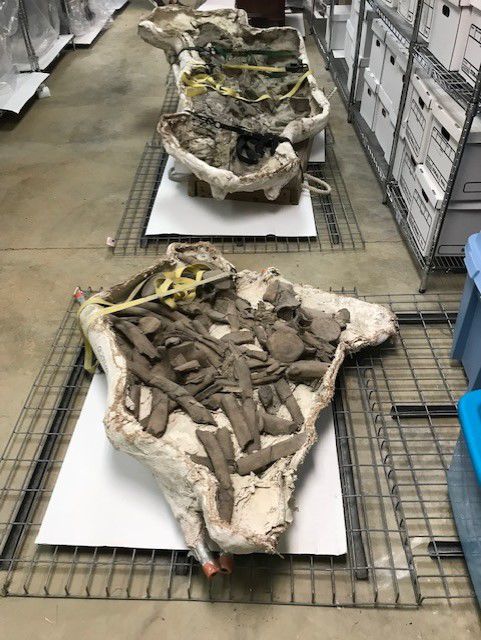 Fossils of a whale that Bachman found and named Lee. 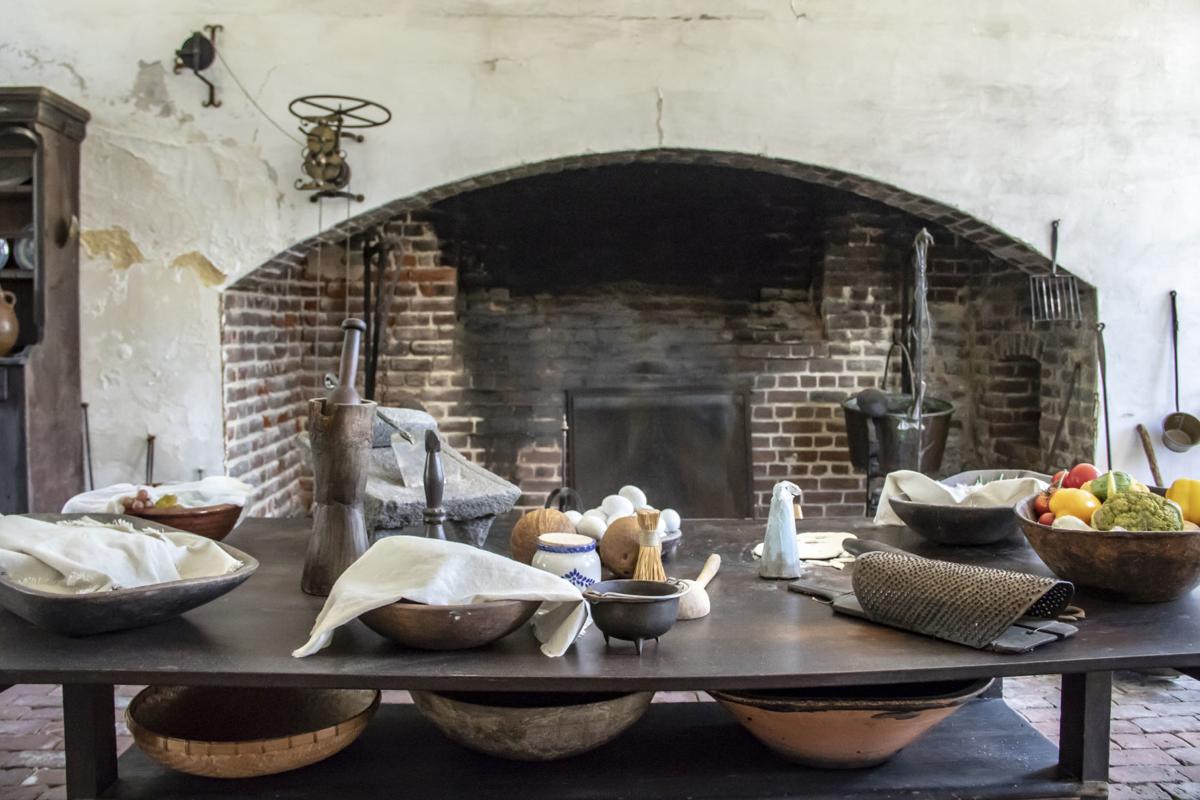 Stratford Hall offers a variety of online features to educate and entertain families at home. Highlights include short virtual tours that showcase different areas of the historic estate. 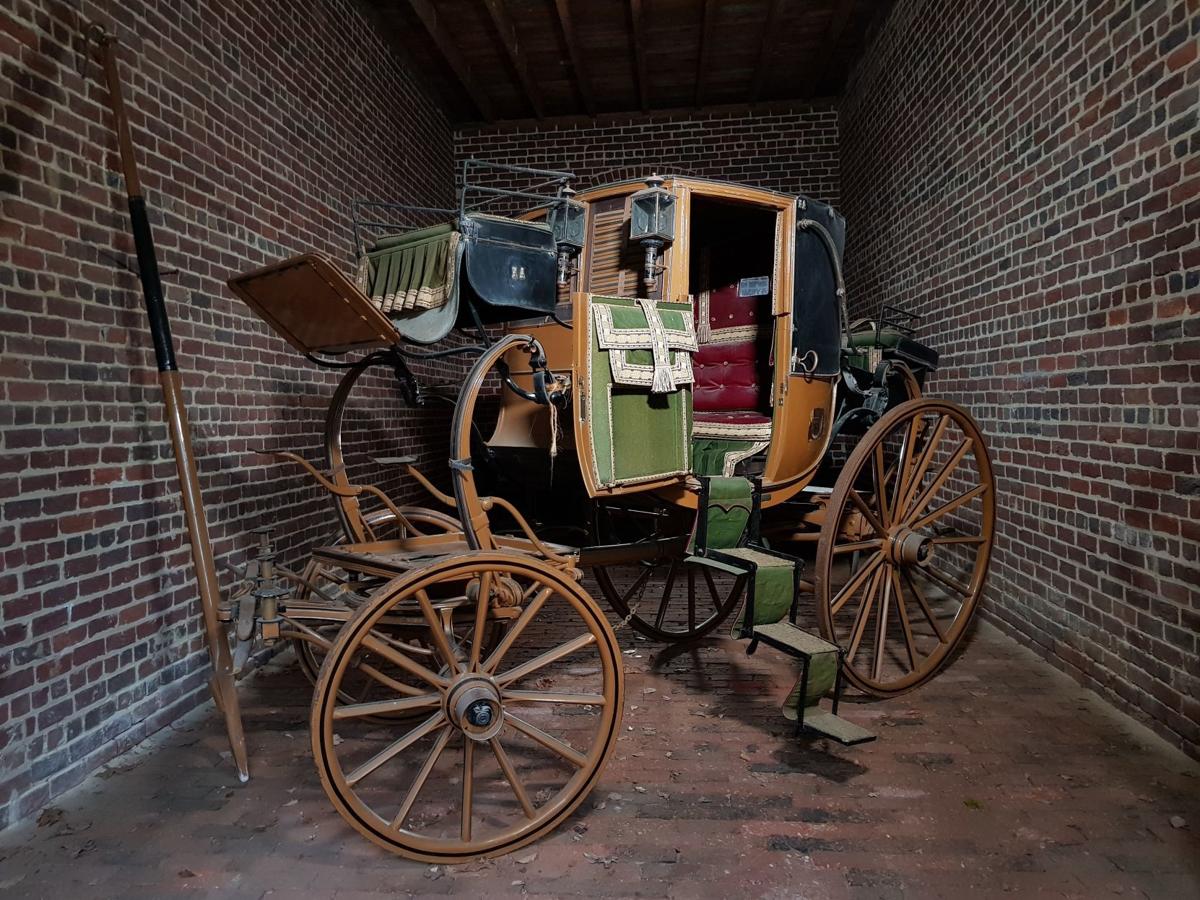 The landaulet in the Carriage House was purportedly used by the Marquis de Lafayette on his visit to Albany, N.Y., en route to lay the cornerstone of the Bunker Hill monument. 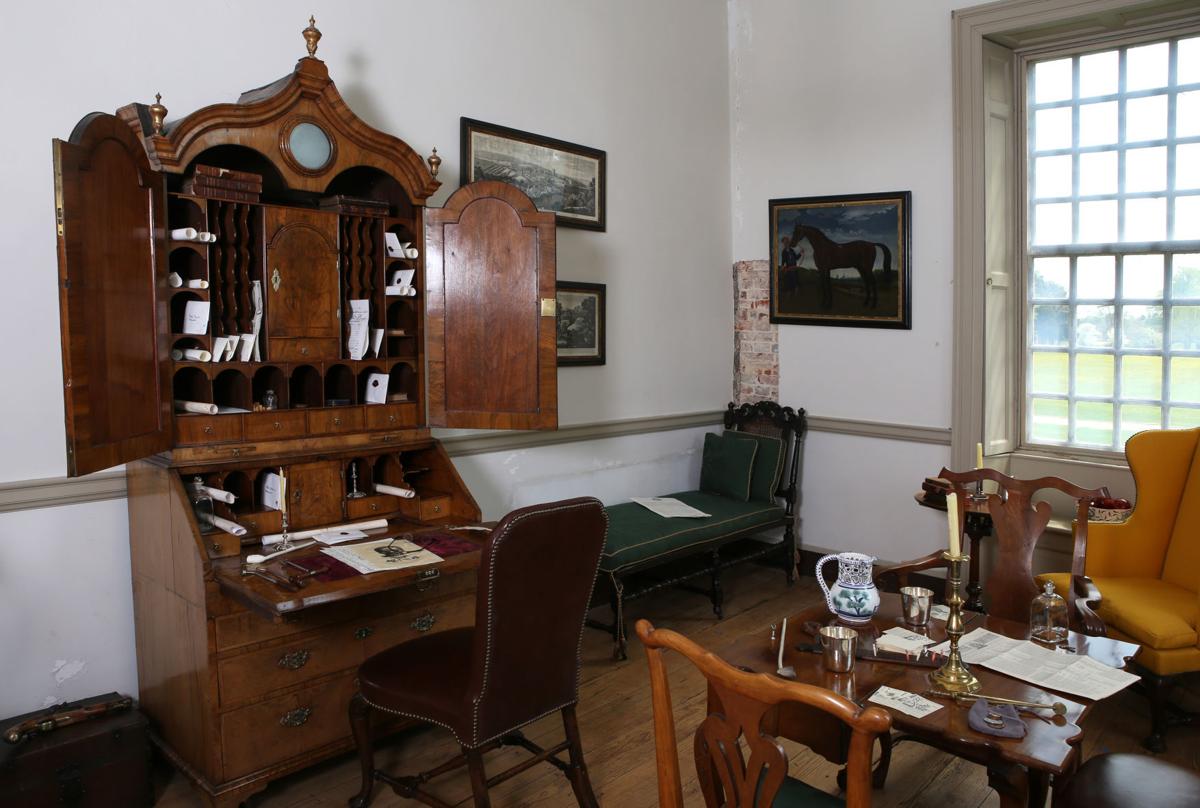 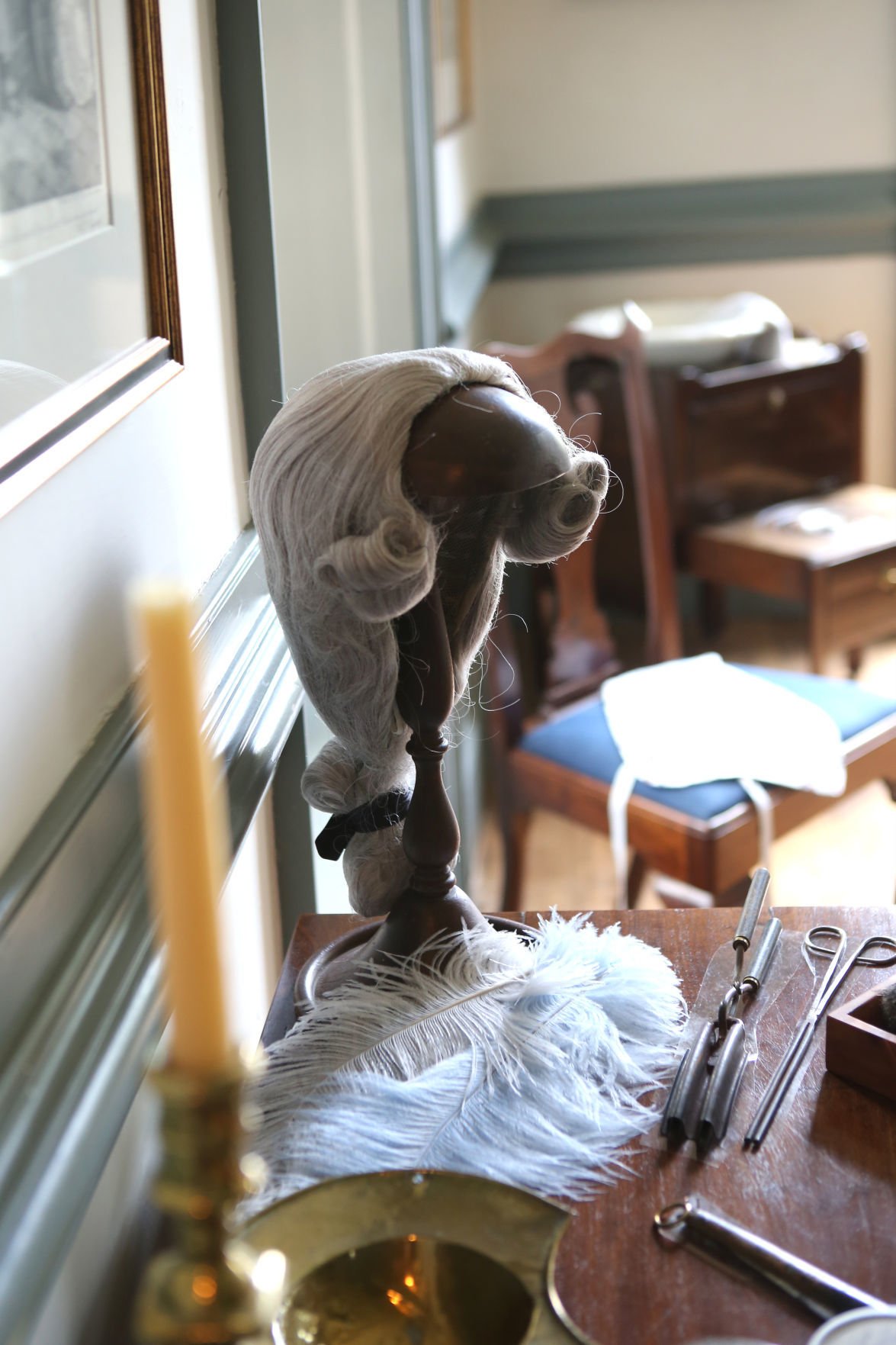 The men’s dressing table in the Blue Room interprets male grooming and hygiene from the 18th century.

Join Jon Bachman, Manager of Education and Public Outreach, who will take visitors on a deeper dive into fossils.

Fossils of a whale that Bachman found and named Lee.

Stratford Hall offers a variety of online features to educate and entertain families at home. Highlights include short virtual tours that showcase different areas of the historic estate.

The landaulet in the Carriage House was purportedly used by the Marquis de Lafayette on his visit to Albany, N.Y., en route to lay the cornerstone of the Bunker Hill monument.

The men’s dressing table in the Blue Room interprets male grooming and hygiene from the 18th century.

The folks at Stratford Hall have applied their talents, skills and ingenuity to ensure that their resources are available to families throughout their time at home. Stratford Hall—the plantation that was home to many generations of the Lee family since the Colonial era—provides a threshold not only to the beginnings of our nation but also back through millions of years to successive periods when its land lay beneath the sea.

The 130-foot cliffs that rise above the beaches at the shoreline of the Potomac are comprised of four unique layers of sedimentary rock, composed of compacted sea matter that was left behind as the sea level rose and receded during different geological eras. During those events, conditions were optimum for the fossilization of animal remains that are still being discovered today. These fossils provide evidence of a sea teeming with creatures, such as primitive sharks, porpoises, sea cows, whales, rays, saltwater crocodiles and sea turtles. In addition, the cliffs are capped with an Ice Age formation (that, ironically, was a warmer time than now) in which fossilized footprints reveal some of the animals that roamed the land long ago, some of which are now extinct, such as the Short-Faced Bear, Mastodon and Giant Ground Sloth.

To bring this fascinating history to life in interactive online activities, Kelley Deetz, Director of Programming, Education and Visitor Engagement, enlisted the creativity of Collections and Exhibits Manager and artist Amy Connolly to develop worksheets on the cliffs and fossils. Each presents information on their topics followed by matching games, where visitors can locate the layers that would contain various fossils or match the names of animals with their footprints and depictions.

Responding to requests for additional information on these topics, Manager of Education and Public Outreach Jon Bachman takes visitors on a deeper dive into the site’s history with a video series he is creating with answers to “most frequently asked questions.” The first of the videos will answer “Where Do the Cliffs Come From?” and will include Bachman’s description of the sediment deposited by the rise and fall of the sea level over the course of tens of millions of years. Visitors will engage with his warm and folksy style in the videos filmed in the “fossil room” of his home (a testimony to his lifelong avocation of geology and paleontology) with finishing production touches contributed by his son Daniel Bachman.

“My goal with these videos is to spark curiosity, conversation and further research by parents and children who watch them together,” said Bachman.

“We aim to educate our guests through storytelling and the power of place. Stratford has such a long and rich history, and we are dedicated to sharing this history with the public. Whether you are interested in paleontology, archaeology, history, architecture, historical fashion, Colonial food, farming or the environment, we have it all,” said Deetz.

Online offerings also highlight the history of the Lee family at the site, including luminaries such as commander of the Confederate army Robert E. Lee; his father, Revolutionary War officer Henry “Light Horse Harry” Lee III; and the only two brothers to sign the Declaration of Independence, Richard Henry Lee and Francis Lightfoot Lee. Activities include “Color Our Collections” printable coloring pages, paper dolls depicting members of the Lee family as well as the enslaved community, and short virtual tours that highlight features of a number of the mansion’s rooms, all of which can be engaged with on a variety of levels to meet the interests and capacities of family members of all ages.

The paper dolls, designed by Connolly, present figures with a selection of period attire in accord with their roles in the early days of Virginia. Caesar Jr., an enslaved young man who served as a “postillion” who rode a horse at the side of a carriage, wore formal clothes called “livery,” which typically included a decorative jacket, stock tie and leather breeches, or pants as well as leg guards. Another member of the enslaved community, Keziah, wore simple jewelry and a headwrap that harkened back to her West African ancestors.

Paper dolls also depict two members of the Lee family who wore clothing that was far different from their counterparts today: Richard Henry Lee and Matilda Lee, the wife of Henry “Light Horse Harry” Lee. Matilda’s dress was ornate and was comprised of three parts—the gown, a petticoat and a “stomacher,” which was a decorated triangle of fabric that she wore in the opening of her dress. Like most women of her status, Matilda wore her hair in an “up-style,” which required animal fat, powders and padding to achieve. Richard Henry wore an ornate waistcoat under his coat, buckled shoes, a wig and a tri-cornered hat. For those who want to continue learning about the clothing and customs of 18th-century America, links for further research are provided on the paper doll pages.

Visitors’ online exploration of the life of the Lee family continues with the scenes depicted in coloring pages that include the main chamber (bedroom), a chocolate stone that was used to grind cocoa beans and a men’s dressing table, with fascinating facts presented with each illustration.

Online engagement with Stratford Hall’s collections is complemented by a series of short videos in which Manager of Interpretation Kelly Childress, in period costume, hosts virtual tours, noting the special features and function of the kitchen, finishing kitchen and drawing room.

“Our online activities are fun and educational for all ages, and they are free and easy to download from our website,” said Director of Communications Anne Wilson. “At Stratford Hall, we are committed to telling the stories of everyone who lived here. We hope this will spark conversation and curiosity about our past, the people, and items in our collection.”